Elinor announced she was engaged with Daniel. I felt disappointed if I told them the truth.

"Are you all right? I am not sure if 'twas the Marquess' ball… or my engagement with your "more just a friend"?" she was concerned.

"Naught about your engagement nor the incident in the ball… 'Twas your uncle."

I gave her an opened letter from Gilbert after I recovered from illness:

I ne'er felt what love is like between a playwright and his muse since I met Peggy. Shall I call you Psyche, based on thy beauty? Or shall I call you Ganymede, the handsomest of all mortals? Proserpine was taken for Peggy, a dreadful one.

My love, we are meant for a marriage for eternity. I gave you gifts before they were sent away to my patrons. I had sin for the lust of thy beauty.

P.S.: Dost not send this to my niece nor anyone in my brother's family. I gave you my lock of hair.

None of these would happen if I refused the invitation, or I should have listened to Mother. Elinor advised me to avoid him which is suicidal. I don't want to disappoint Gilbert nor Elinor. 'Twas too late for me to leave him, he already had plans for me.

Two days after rehearsing the play, Gilbert left a letter for me. I must be awoken early as three o’ clock to perform the play in the King’s Theatre.

I might say that the society adore thine beauty. What shall I say my love, should I introduce you to the Prince of Wales and his friend Brummell? Or host a supper with the Marquess and Marchioness along with thine mother?

As much I was infatuated with you, I shall spoil you rotten like a dear child.

Gilbert allowed me to perform as Ganymede, yet there must be the reason that he refuses to shave his beard for his performance as Jupiter.

After performing the play, Gilbert accompanied me to meet the Prince of Wales and his friend Beau Brummell. Alas, 'twas a fortunate time to meet Brummell! He was a splendid man with extravagant taste.

Apart from that, I turned twenty; still too young to handle a marriage, yet I need my mother and my father’s permission to marry someone. I am a year apart for the grand tour, but 'tis taking a risk.

We headed back home, and I was fortunate that Gilbert spoilt me with gifts and feasts. He handed me a memento mori ring which was previously owned by his father. 'Twas passed down from generations to generations of the O'Vile family, and 'twas rumoured the ring was used to poison the 4th Marquess of Stratsberry.

I dreamt last night where both of my hands and legs were restraint with ropes. Unfortunately, I was not able to speak since my mouth was tied with a white cloth. I ne'er knew who would doth this to me, but I was met with another dream.

I was able to sight the events before the murder in Alkrington Hall in 1724. Sir Edward secretly added white phosphorus on the Marquess' supper and told his servants 'twas a good spice. Sir Edward was trying to poison him for wealth!

I shifted to another dream where I witnessed Edward hiding a dagger. Sir Edward was acting nice to the Marquess, yet the Marquess met with an unfortunate demise where he was pierced by Edward.

I woke up from that nightmare, and realised that ring was meant for Sir Edward. 'Twas passed to his wife Amelia, then his son late-Sir Howard, then his youngest son Gilbert, and me, his love. 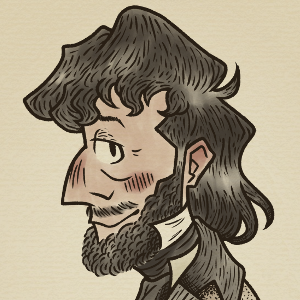