With my mother's approval, we were allowed to go to Venice; but I promised her I shall come back before autumn. Knowingly, 'tis not a grand tour since I have not reached the coming of age of a man. I kept letters coming from my mother and other people I associated with:

The Earl of St Ives

My father sent me a baffling hidden message at the end of the letter; but fortunately, Gilbert taught me to use ciphers, months before this. He taught me how to use ciphers; and my father was another person who taught me this, but for use in politics and warfare.

I received a letter from Lady Dominique who wrote a letter 'twas two days apart from my father. She may be concerned how revolutions and wars may affect her family or mine.

Papa and Maman, you know them as the Marquess and Marchioness de Guerre, had been longing back home before the bloodshed Revolution started. I'd been waiting for the war against Napoleon to come to an end. Your friend Benjamin Hawkins, and your father the Earl of St Ives experience the terrors of the war. I shan't wish them death, either in a battle or by sickness.

I was hoping that my stay in Venice shall be short, what I meant was a few weeks living hither. I shan't miss the Golden Cup at the Royal Ascot, but I shall come back hither after the event finished. I often see Gilbert in the seats during the Ascot, before meeting him.

Gilbert asked me if I have any sisters; I answered that I only have one, and Agnes was married to Lord Piers Knightley, Baron Fergus before meeting Gilbert in his brother's gardens. Upon hearing her name, he was vexed. I explained that my sister was named after my aunt Agnes, who disappeared from my grandfather and my mother's sight. All I remembered about Aunt Agnes was my mother's ramblings about her, and my sister was named after her.

Did he poison Aunt Agnes, or did she reject his proposal? As much as I know, he was reluctant to talk about her like how he mourned Peggy. Maybe Aunt Agnes died of unknown circumstances or married off to another man and disappeared.

After moments of reluctancy, he teased me by calling me “Mia Signoria Perkins”, or My Lady Perkins in Italian. ‘Twas not the first he called me in feminine ways, he called me “Mademoiselle Mousehole” or his mistress or his wife.

Maybe he doth love me or was it his lustful desires? Maybe he and Oliver were right all along. I do look like her—her face, eyes, nose, and hair were similar to mine, but miniatures and portraits of her show a lack of freckles on her cheeks.

Coming Back to England

I met few people with familiar titles when we were in Eton, most of them are a year or more years my senior. They may have recognised me as one of the prodigies. Others mistaken that I had a grand tour earlier than their age, which I deny.

Quite a luck, I was able to go back to England, but it shall take days to arrive in Calais, which was formerly part of the Principality of Wallonia. I shall return after the Royal Ascot ends. I wrote letters to my mother and my father that I shall return to home.

After days of travelling from Venice to England, I returned on time which leaves Gilbert with dissatisfaction. He pouted that is just “some horse race for high society to enjoy”—I was vexed upon hearing him in disgrace, especially I saw him during my favourite event. 'Twas not all right, I enjoyed the Ascot—I admit that I wanted to be a jockey for the Ascot Gold Cup despite being part of the nobility, known for breeding and grooming the horses.

But I do understand the struggle of being part of the higher society since most social gatherings took place either in London or near London.

Despite all that, my mother was pleased again for my early return of her favourite child. Uncle Charles and Alec gave me a warm welcome—my father was absent, but he sent a letter to me not to worry of his absence due to war. 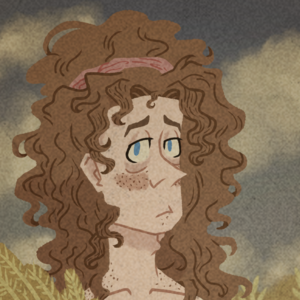