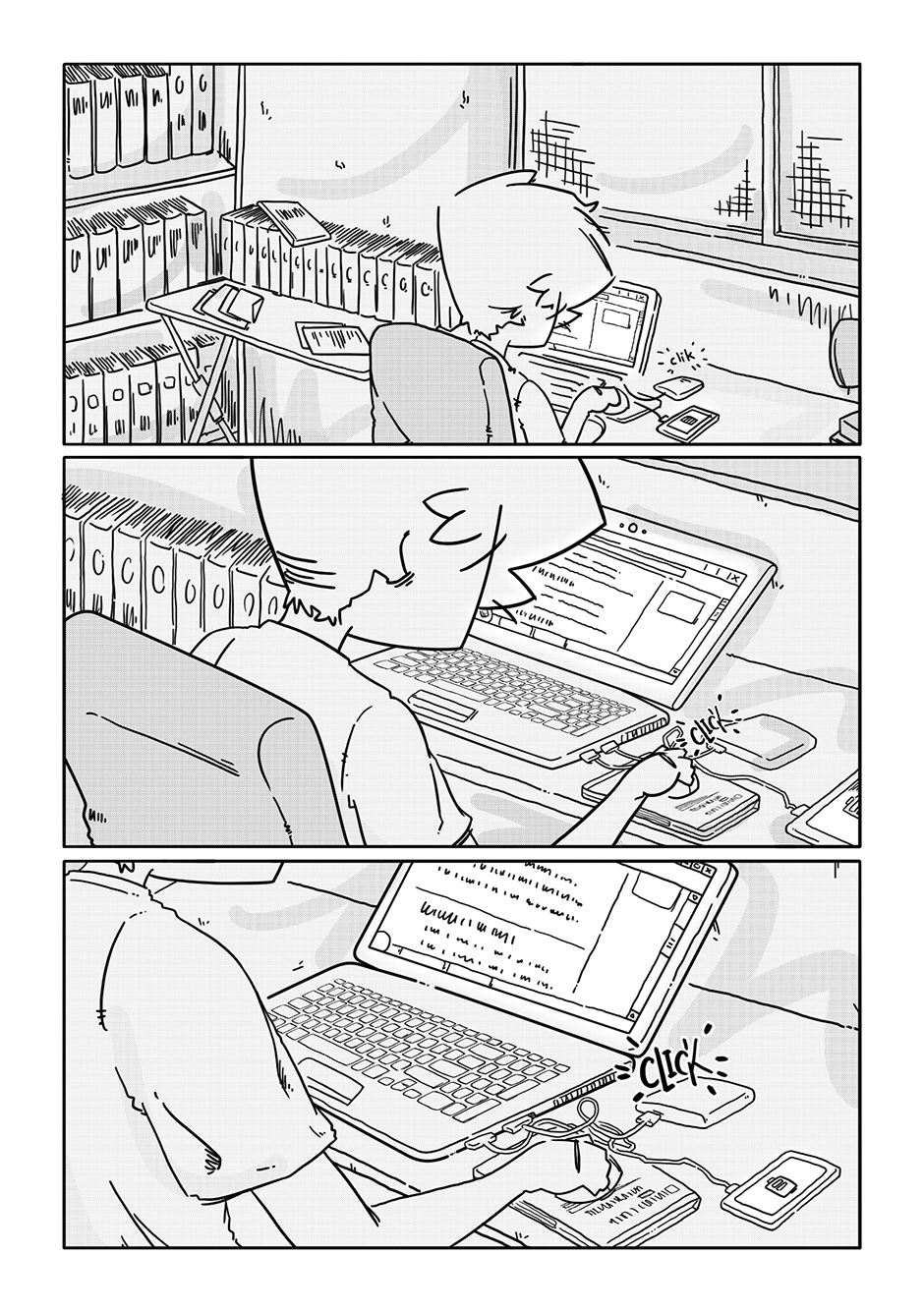 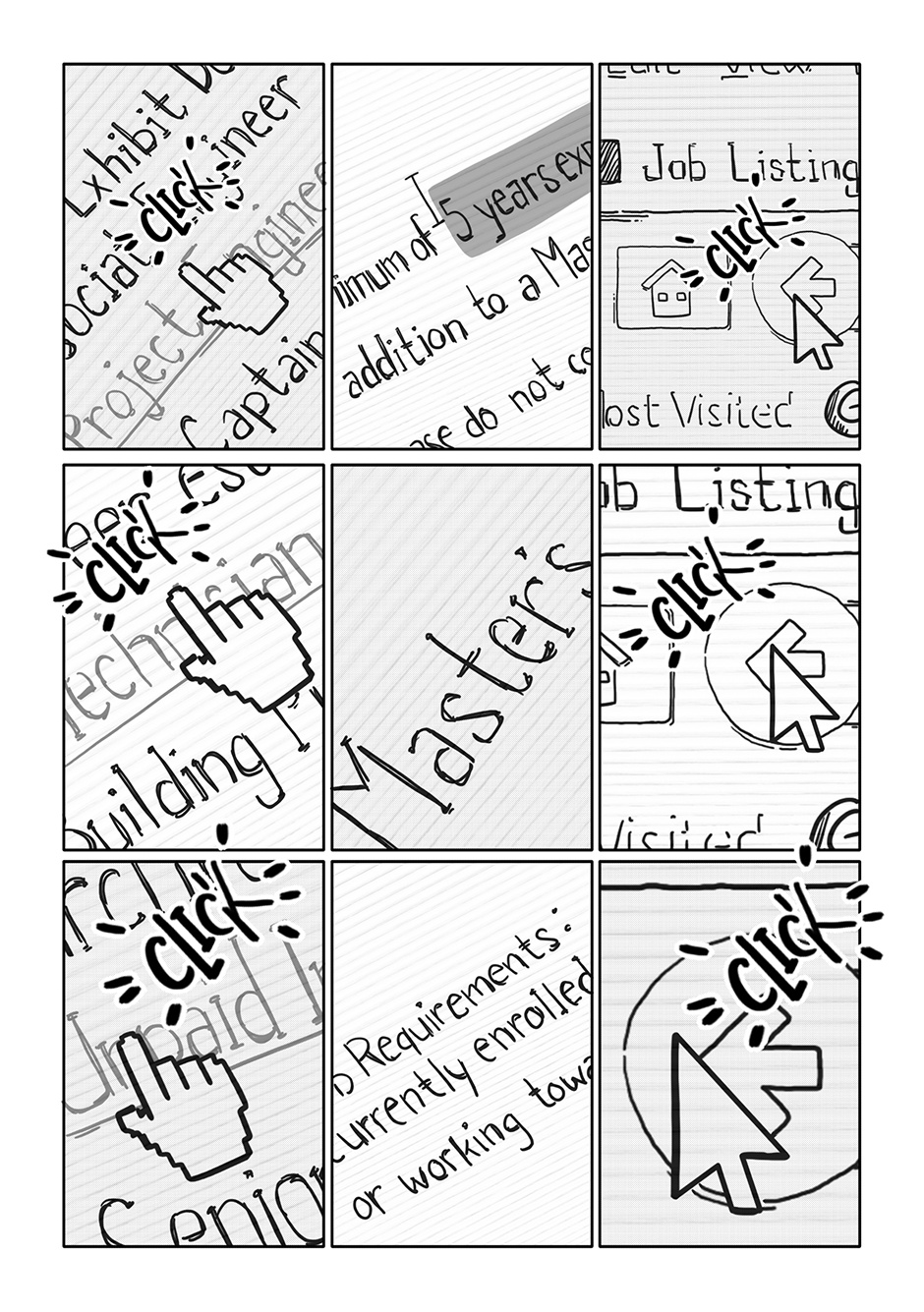 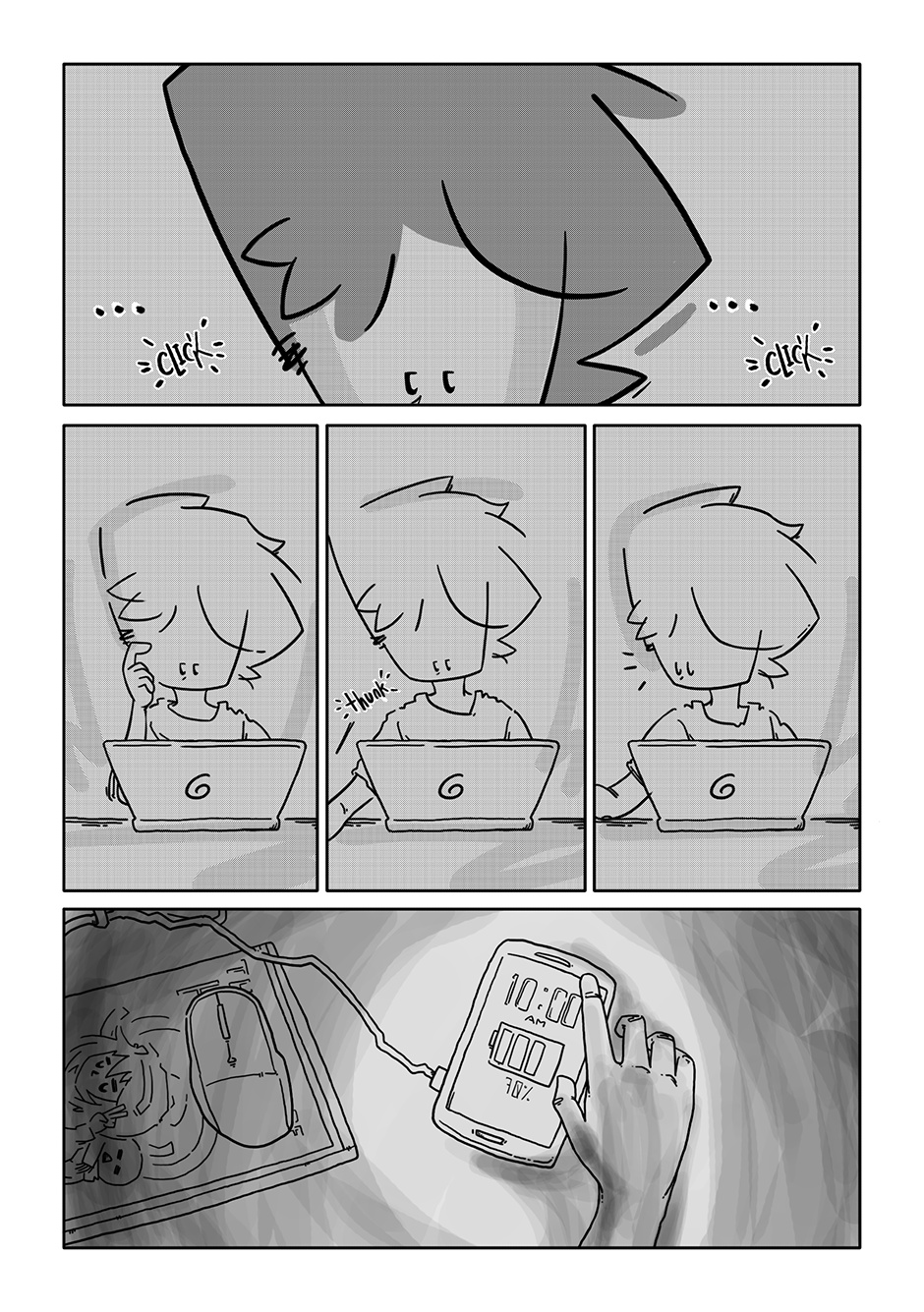 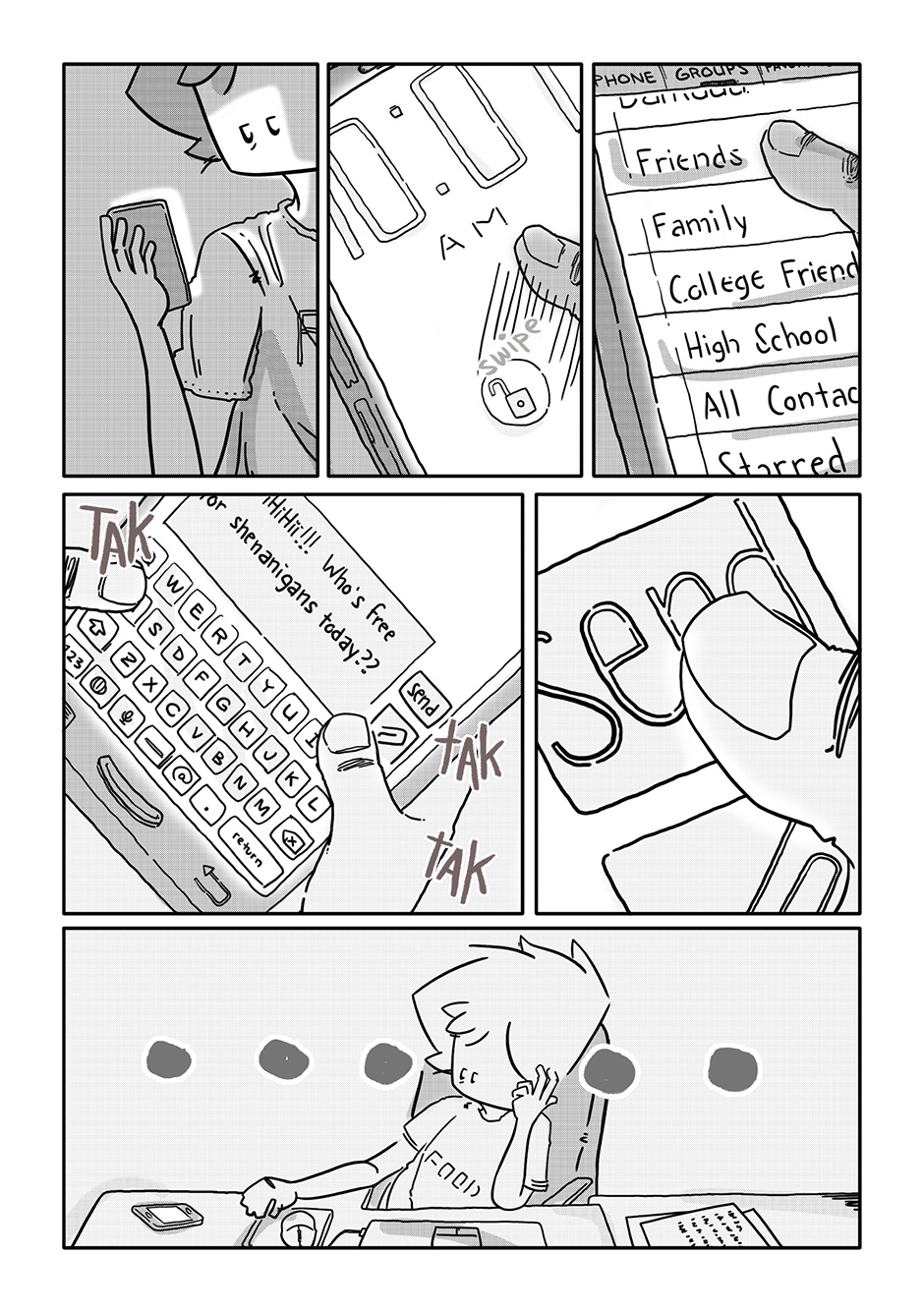 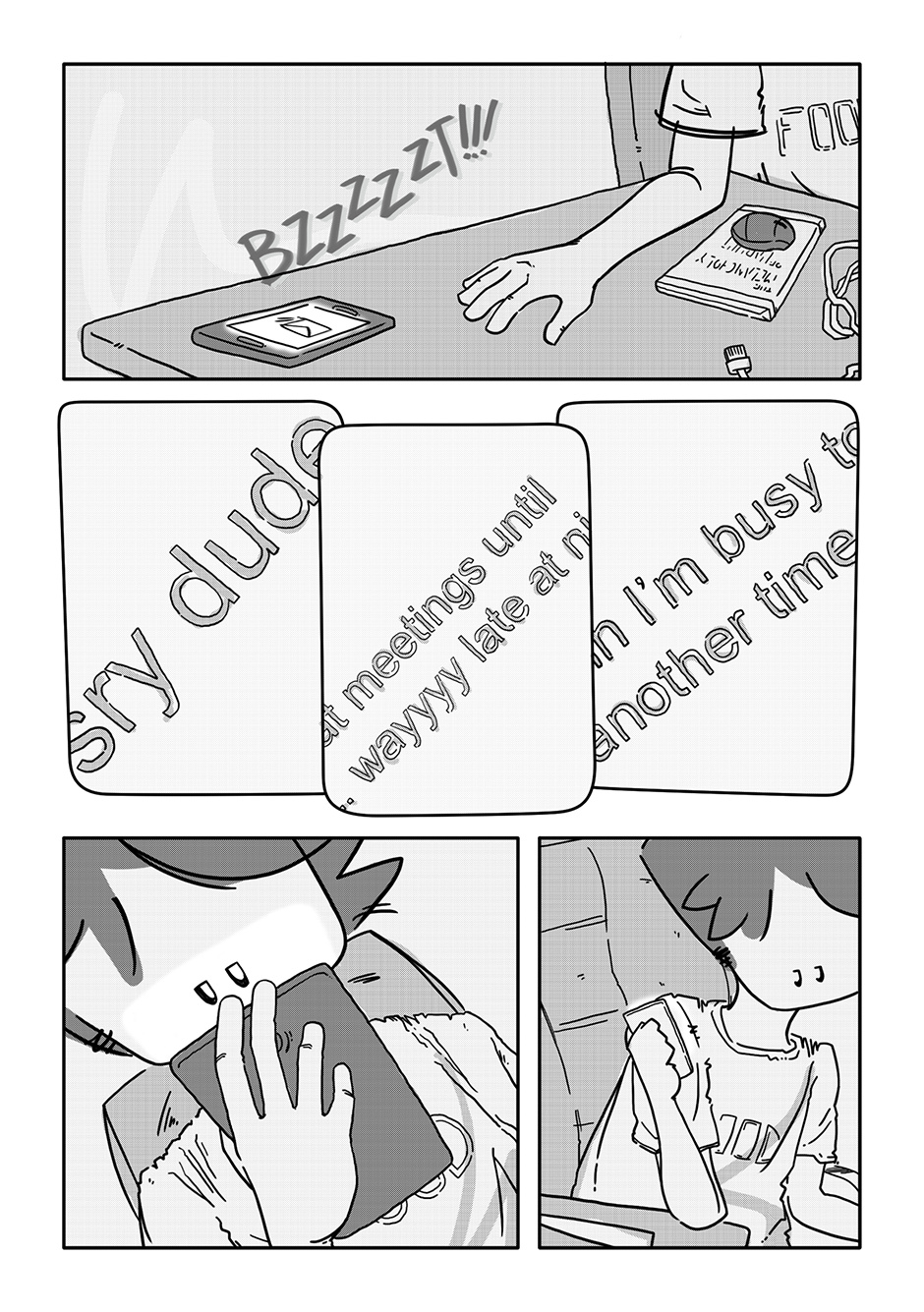 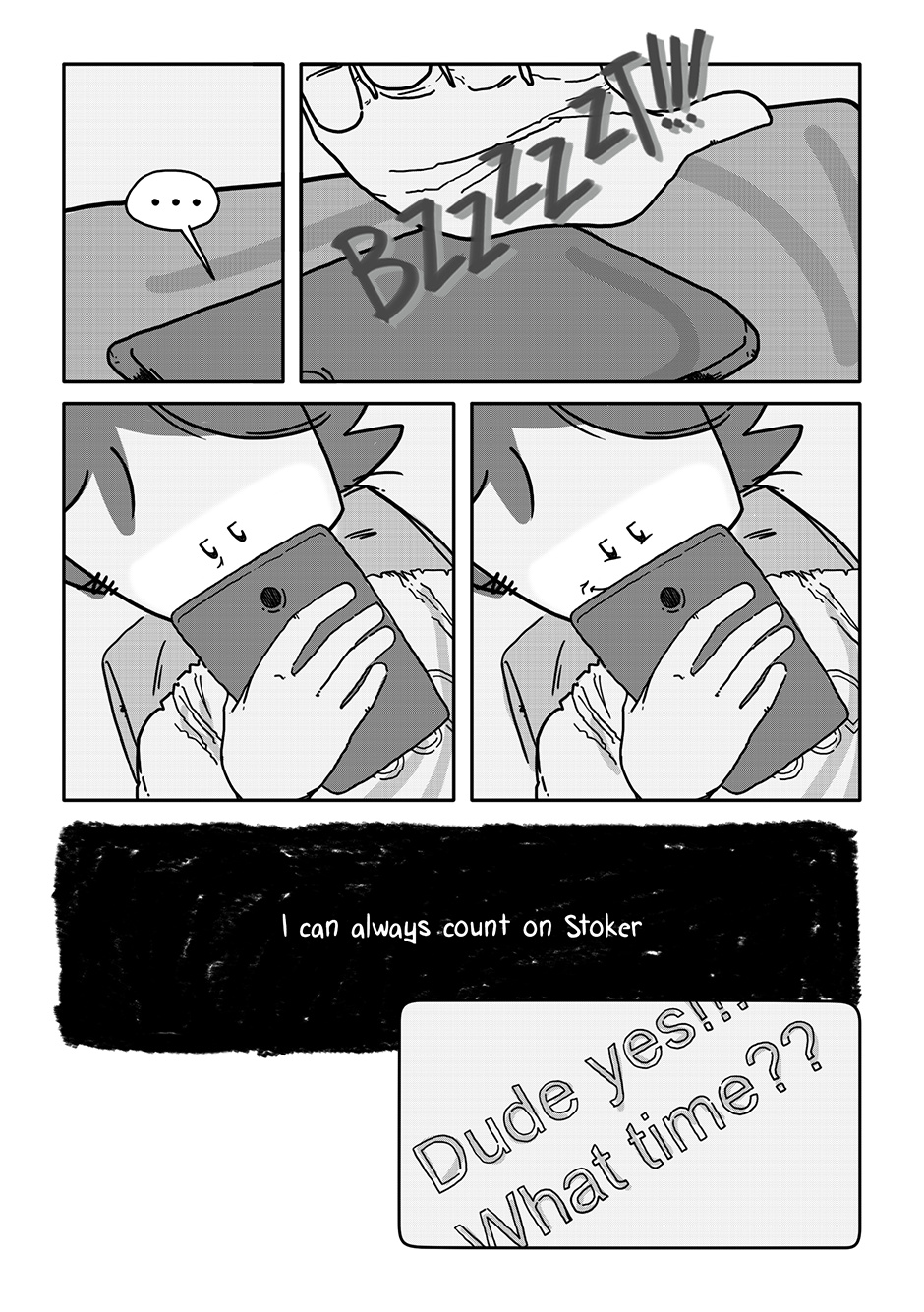 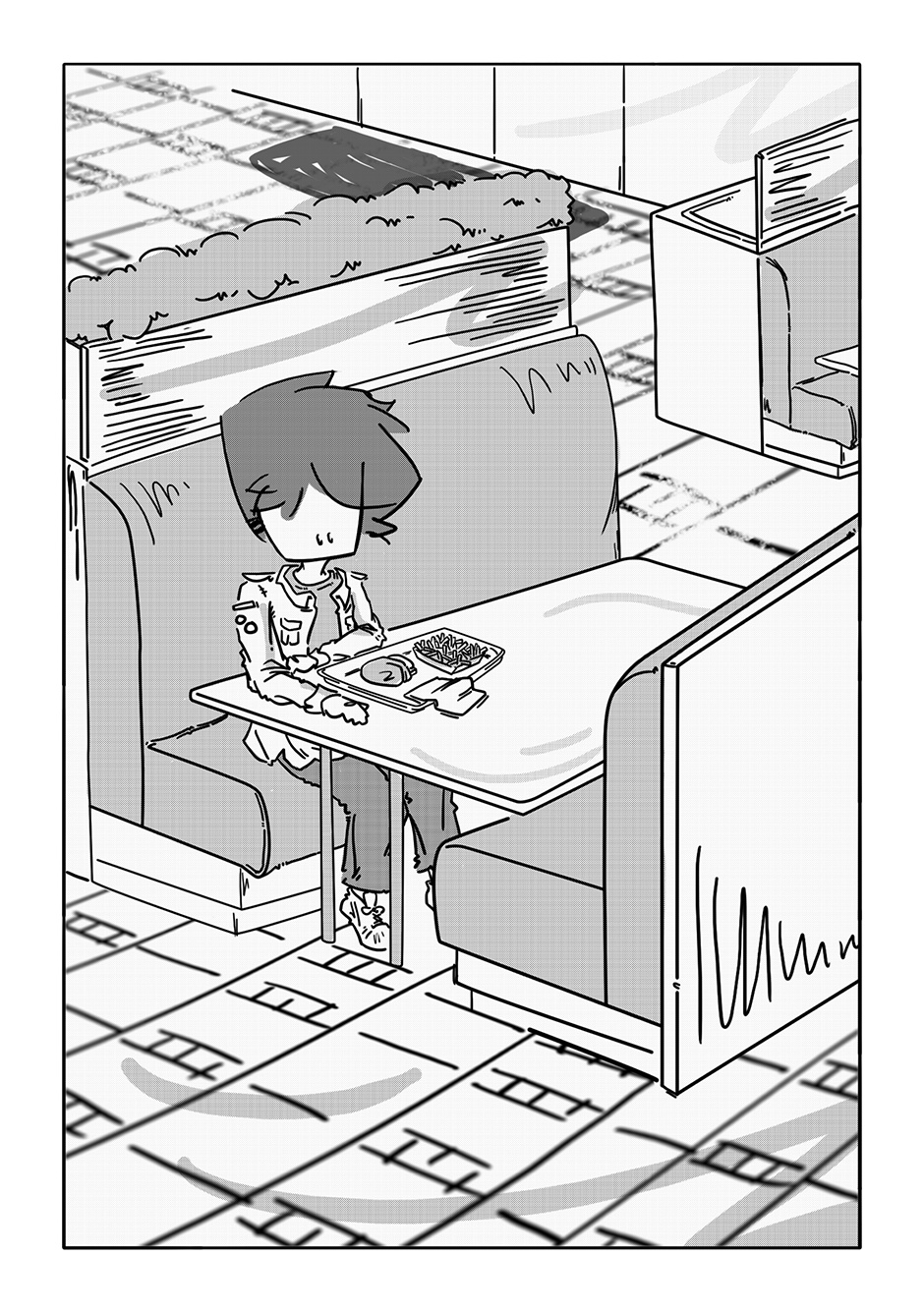 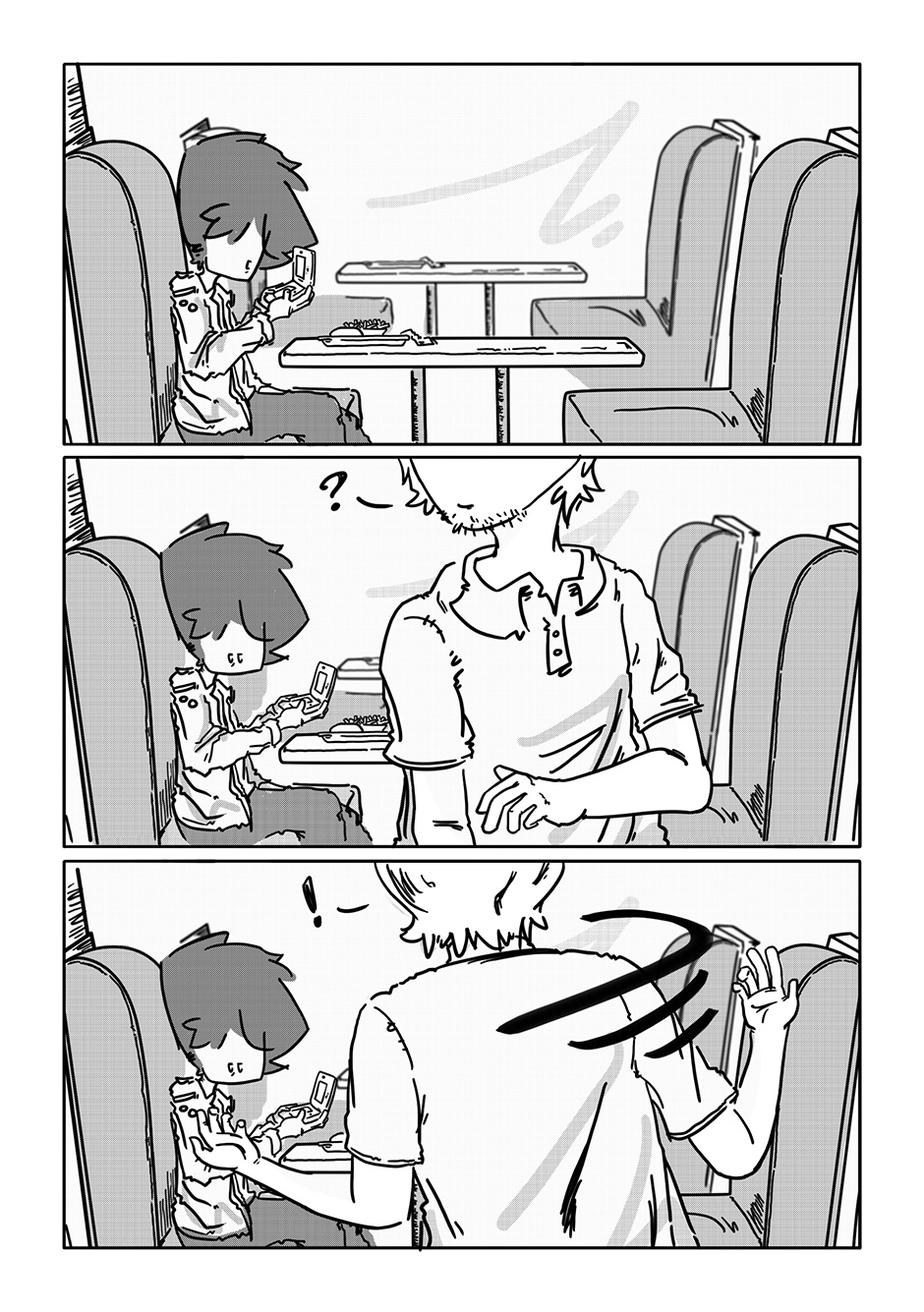 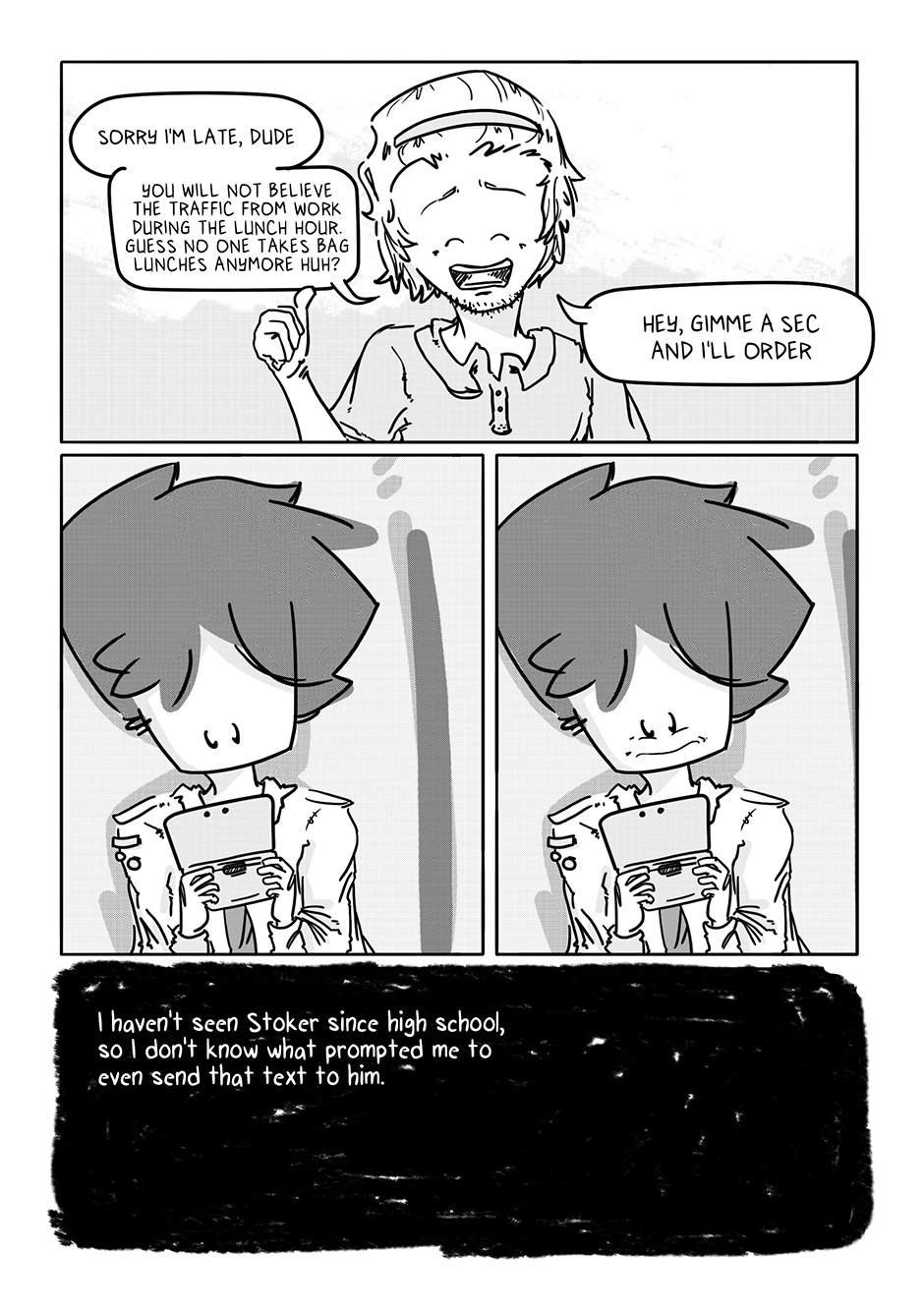 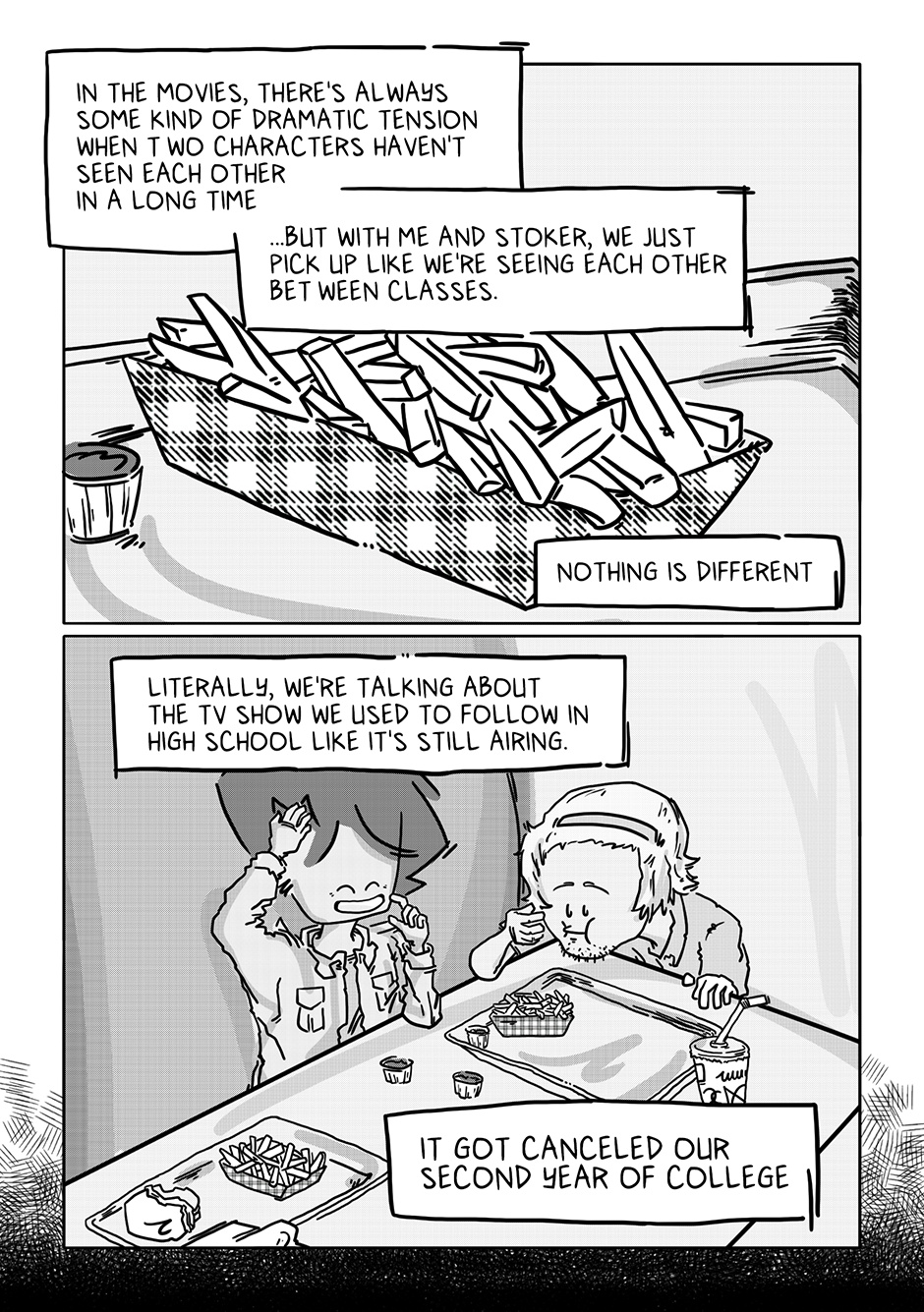 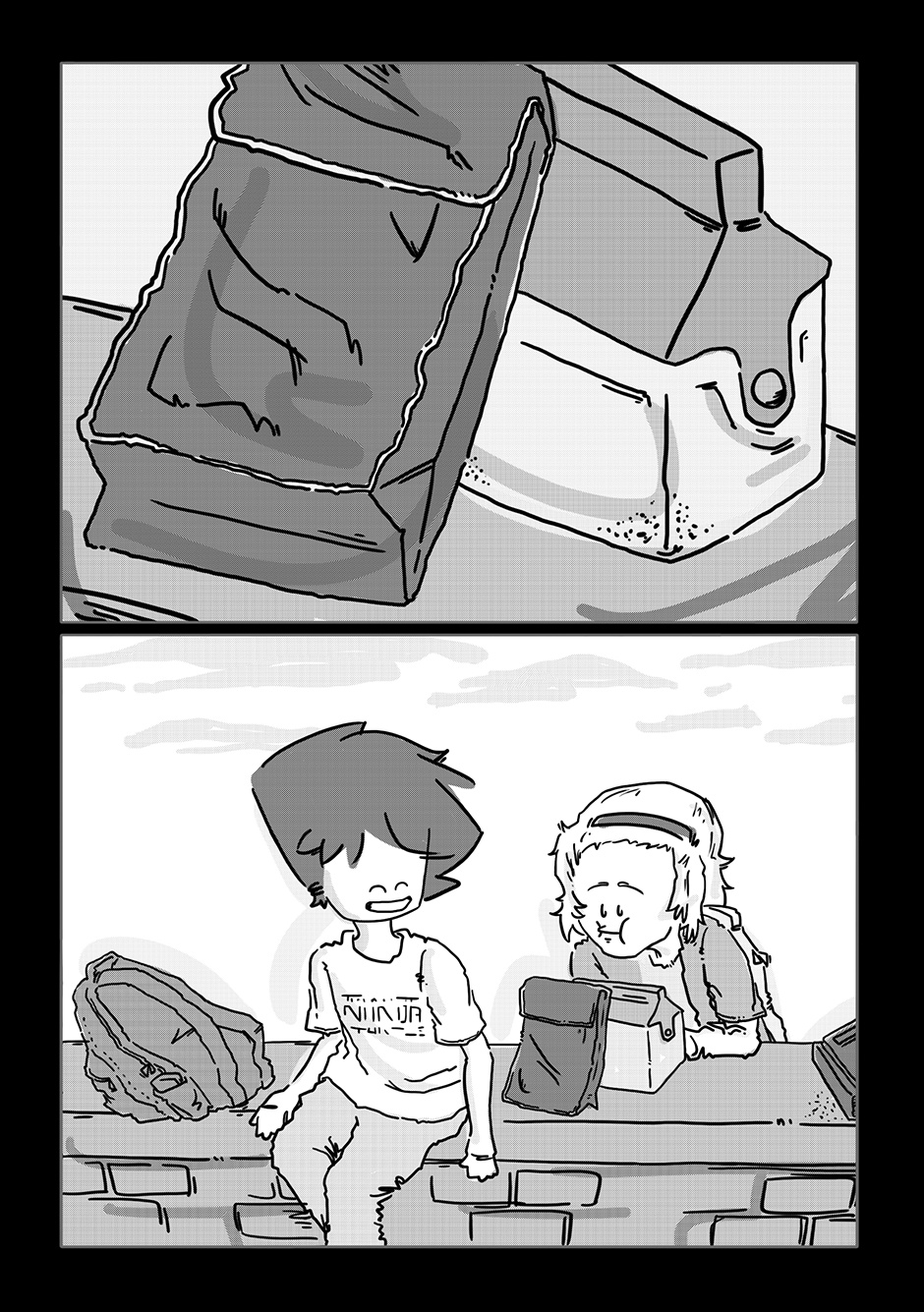 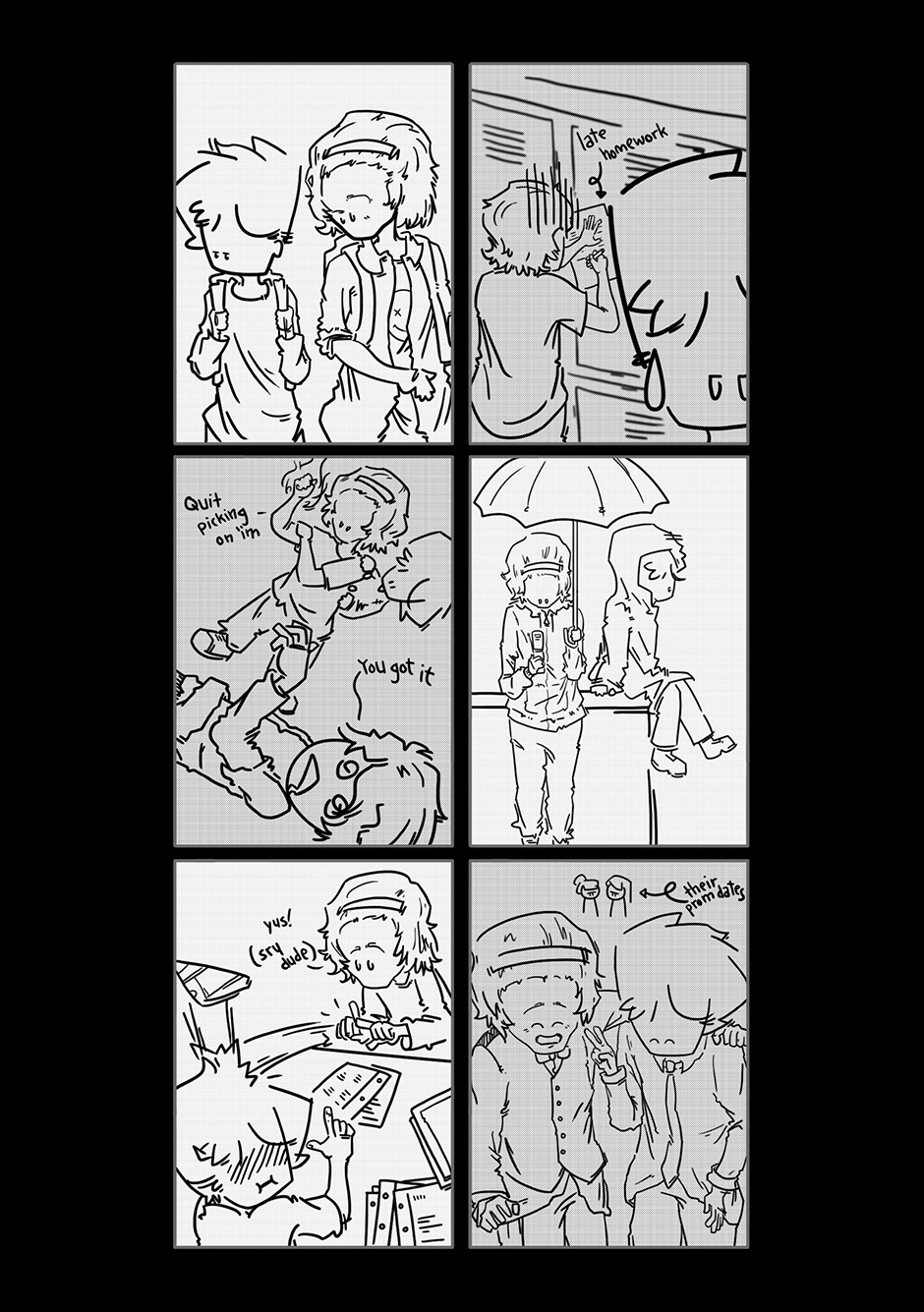 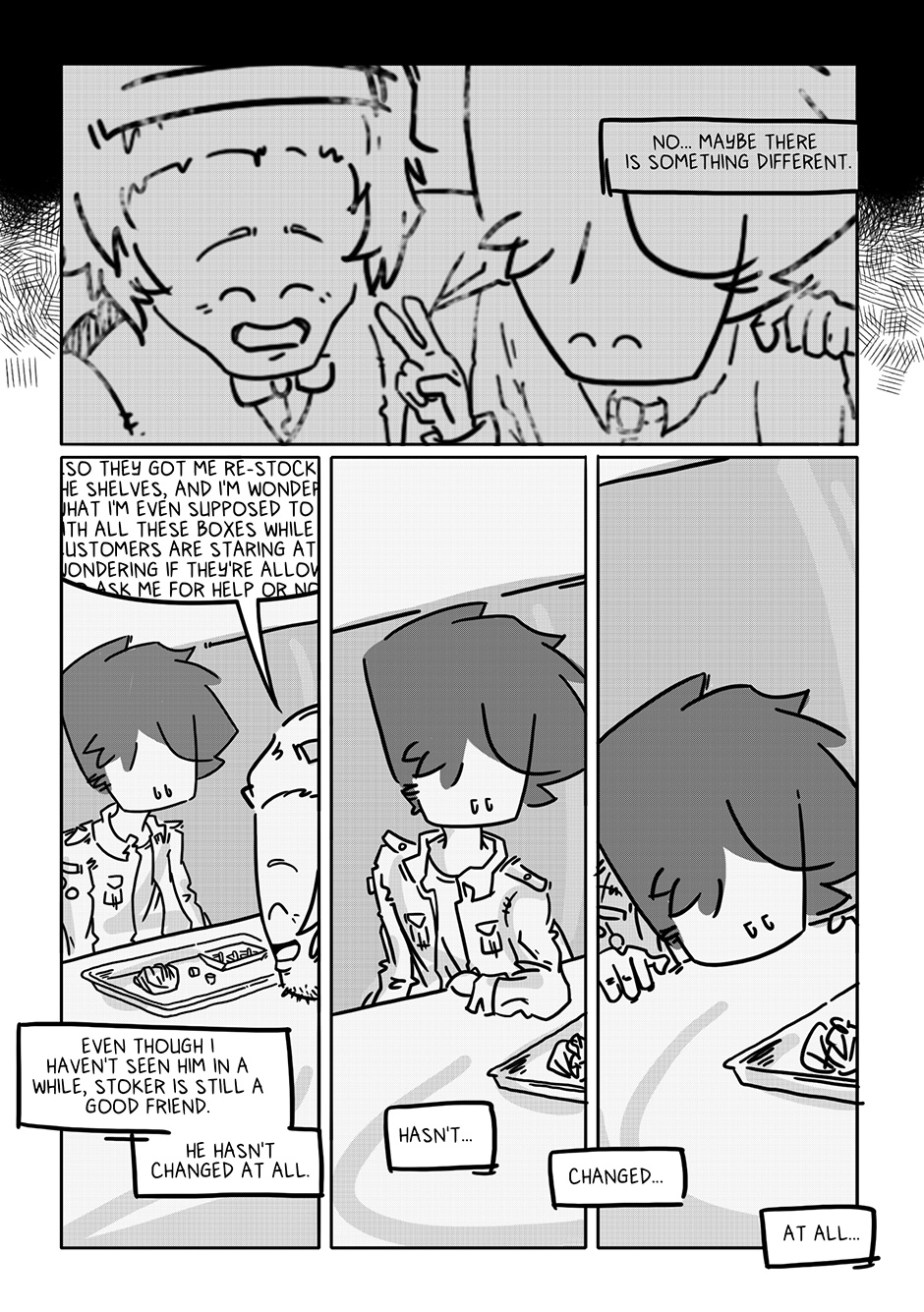 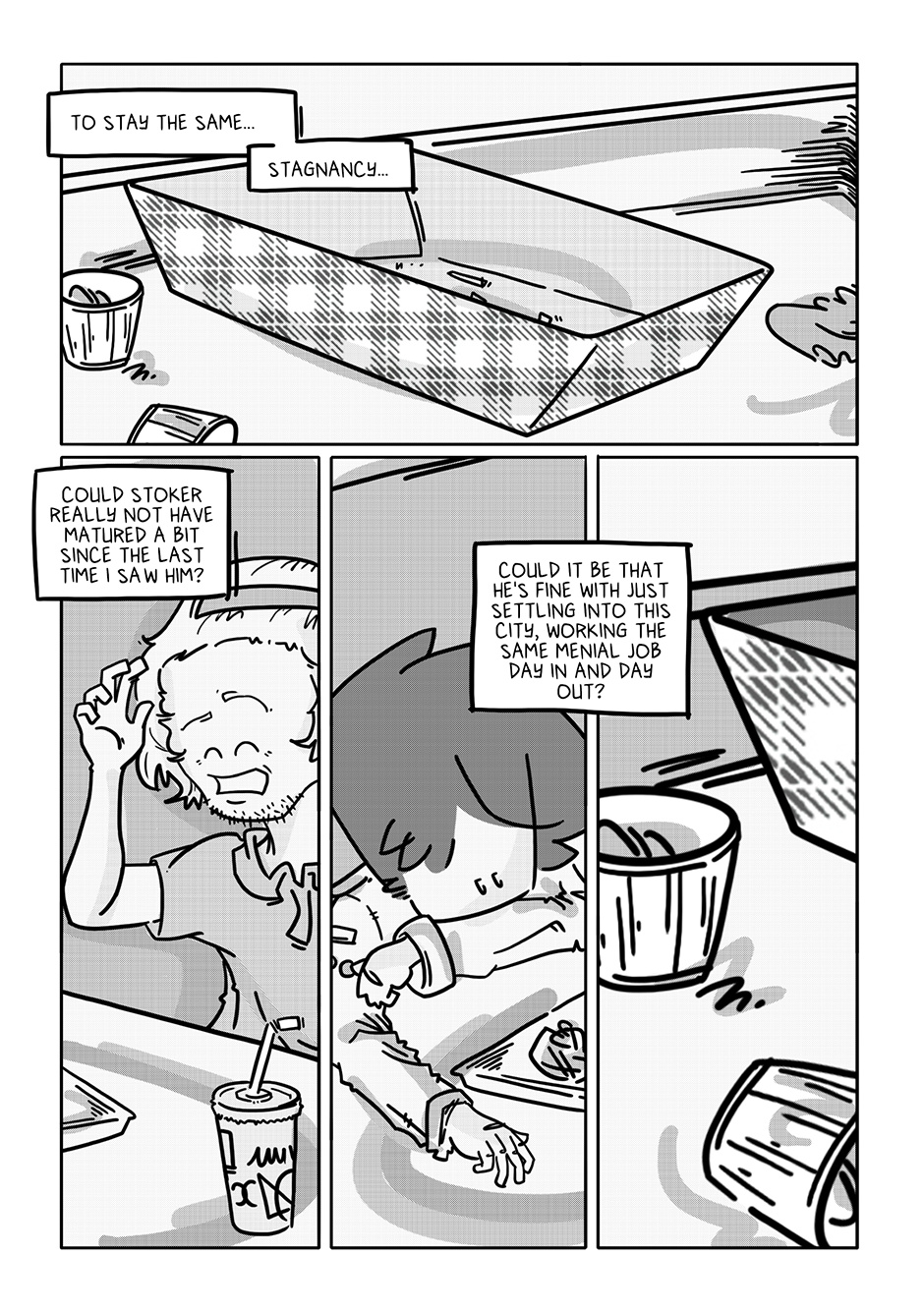 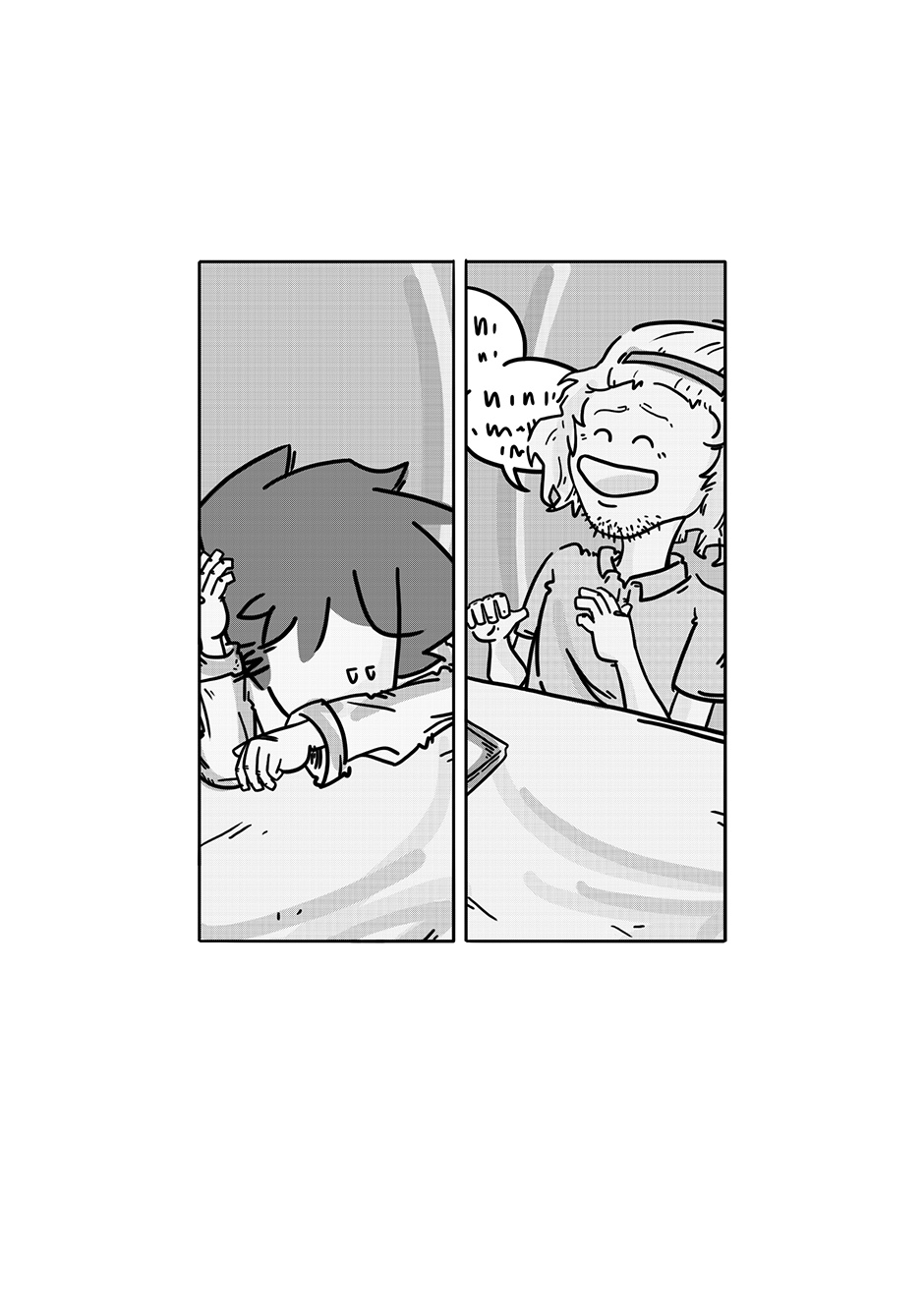 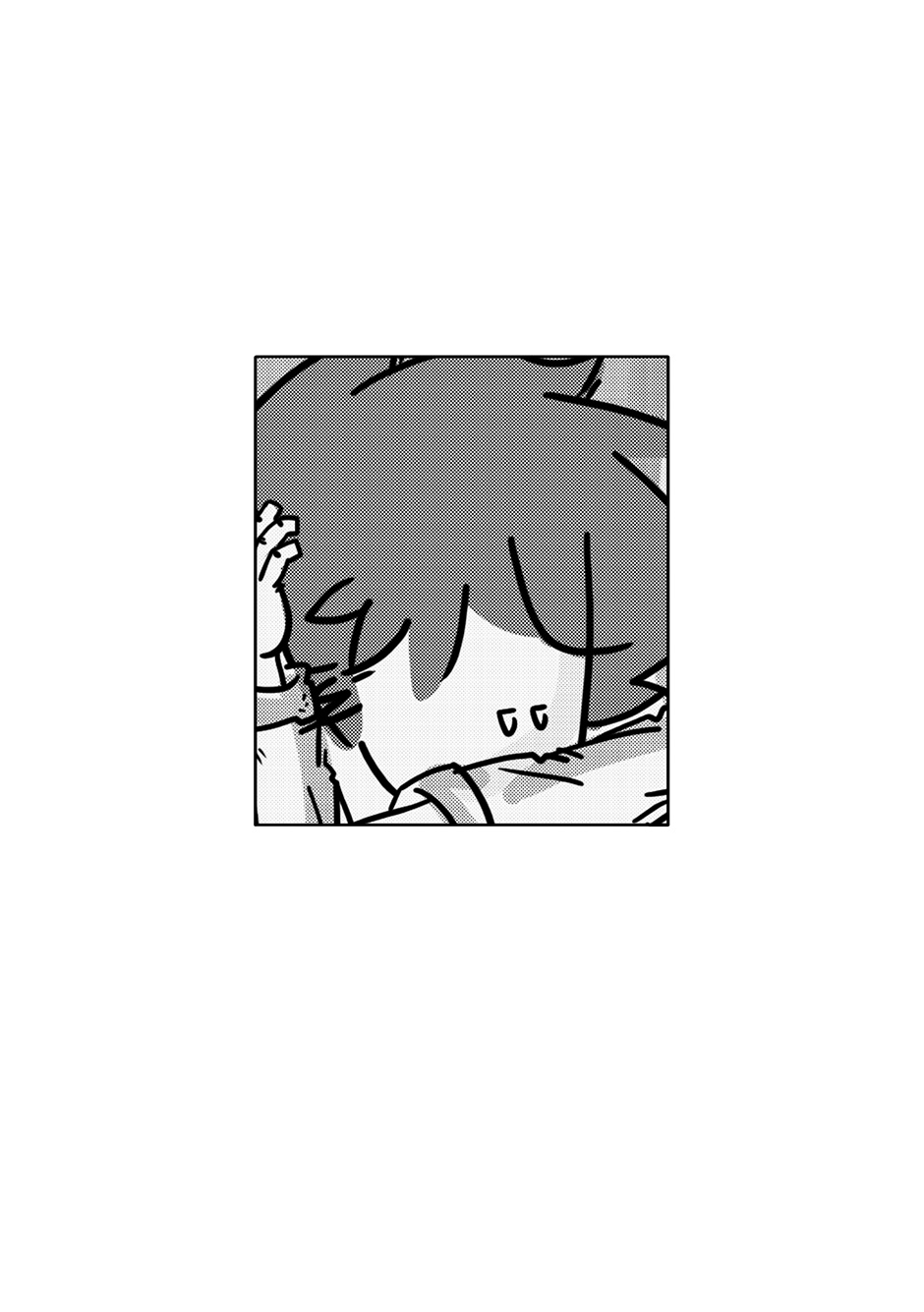 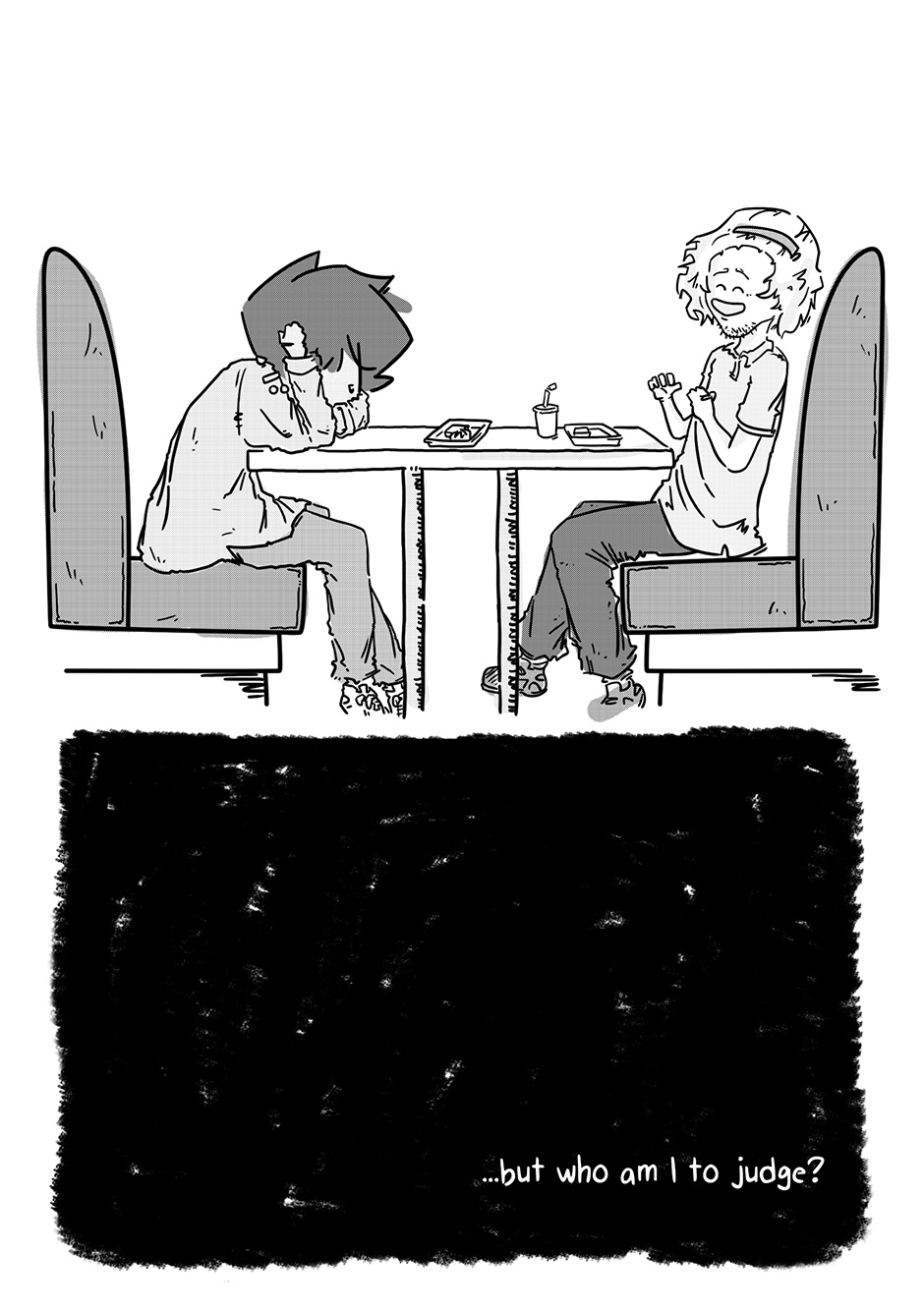 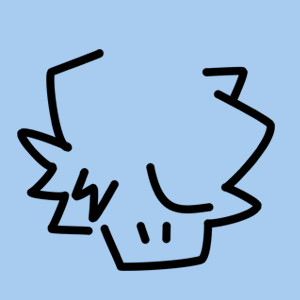 The first three chapters were such a bummer and I figured as long as I was getting Boy out of the house, I might as well throw him a bone somehow. Stoker was my response to that. Of all the characters in the story, he’s the only one I didn’t have a character design ready for when I got to roughing out his chapter. I figured something of a surfer bro (but not quite really!) look would fit a townie (well, “city-ie”) best.

At first, I played with the idea of Stoker running into Boy by chance since older drafts had Stoker as less of a friend and more of that one classmate that ended up being in all your classes for the semester, so you ended up having an unlikely relationship that way, but that needed way too much setup. As is, flashbacks hint they weren’t the best of friends at first, but still became buddies over time, which I guess still works. I would like to have a story with a “prelim-Stoker/Boy” relationship sometime down the line, though.

Complete story with extras can be bought on gumroad: https://gum.co/UEdiaries 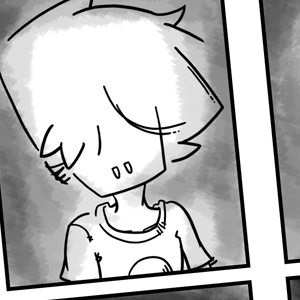 Dear Diary: Being an adult sucks.

Actually, should I even refer to it as adult life if I'm still living with my parents with no signs of getting a good job any time soon? Also, do I really wanna commit to addressing this as a "diary?" Nothing against people that refer to it as that, but it seems ridiculous to even start entries that way. You don't really see people starting off their blog as "dear blog." They usually start off with something like "current mood: blissfully unaware of how crappy other people's lives are, so I rant about my own entitled life and what I define as problematic and stressful even though it probably isn't."

Current mood: everything bites. I guess I'll write more about it when I feel like it.
Subscribe 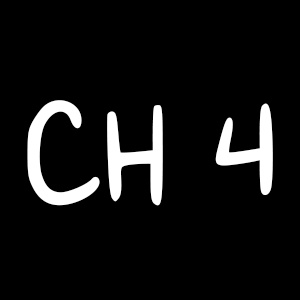