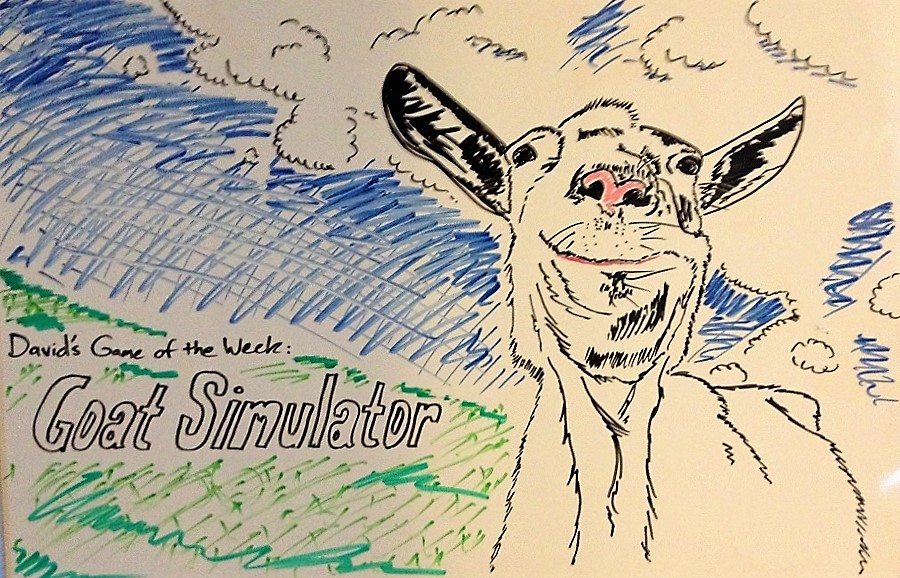 Goat Simulator is a wacky game where you are tasked with being a goat. If you’re wondering what that means, the answer is very open-ended. What I’ve found is that it usually ends up with humans being slingshotted with your indestructible tongue into oil tankers all the while you’re flying in the air with a makeshift jetpack strapped to your back and blasting Skyrim-style summoning bleats that rain other goats down from the sky. The game barely functions, since the developers purposefully left in all bugs that didn’t cause crashes, but that’s not only what you except but also what you want when playing this game.

Art: Nothing amazing. Feels like something made in a one-day game jam.

Gameplay: Controls are purposely bad, and local multiplayer is a riot.

Replayability: Medium-low. After most secrets are discovered, there’s not much more to the game. Unlocking skins like the tall goat (giraffe) are hilarious but not enough for an extended playthrough.

Would I recommend? If you want to play a game for the sole purpose of not thinking for a while, this is it. I was laughing myself silly when trying out the copious number of Easter Eggs but after a while that can become stale. If you’re like me and given the game to try, Goat Simulator is perfect for a lazy day. I wouldn’t, however, recommend spending any amount of money on it.

Have a recommendation? Leave a videogame you'd like me to review in the comments section with the tag #whiteboard and if I haven't tried it before I'll give it a try! 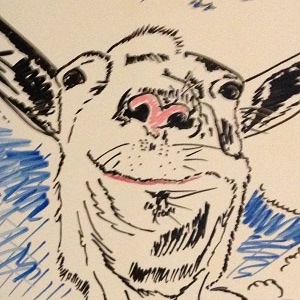