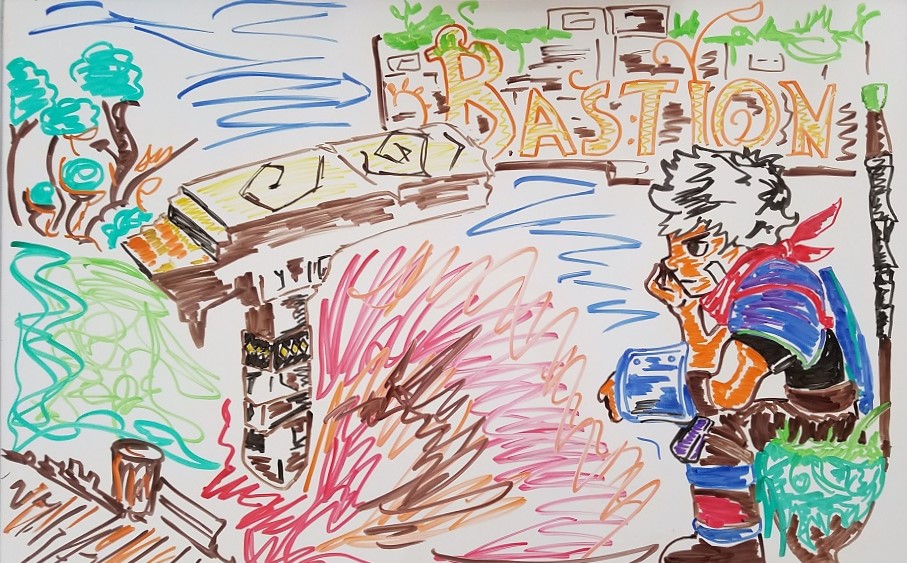 This is the last Bi-Weekly posting – we’ve caught up to my main site! From now on I’ll post another page every Thursday, so that I have enough time to play, draw and review.

Bastion tasks a young boy called “The Kid” with rebuilding a floating land called the Bastion by beating the living snot out of monsters in the surrounding lands. As you play a character narrates your every move, from your attacks to your untimely death.

Art: This game is really pretty. It looks sort of if a watercolor painter was told to illustrate a three-fourths perspective RPG, but then the level was suspended miles in the air.

Gameplay: Use various weapons to beat up stuff. Some are long range, some are close range. There’s some complexity with attacks but none worth mentioning.

Replayability: Medium. I guess if you wanted to be a bit more completionist you could go back but I didn’t see much allure in it.

Would I recommend? If you’ve already gotten the game, or you like third person run-and-gun beat-em-up sort of stuff, sure. This wasn’t my favorite game but it certainly wasn’t a bad one. 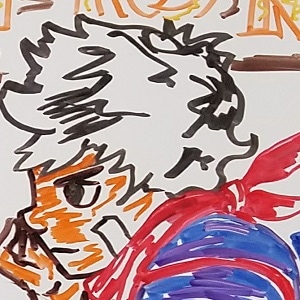