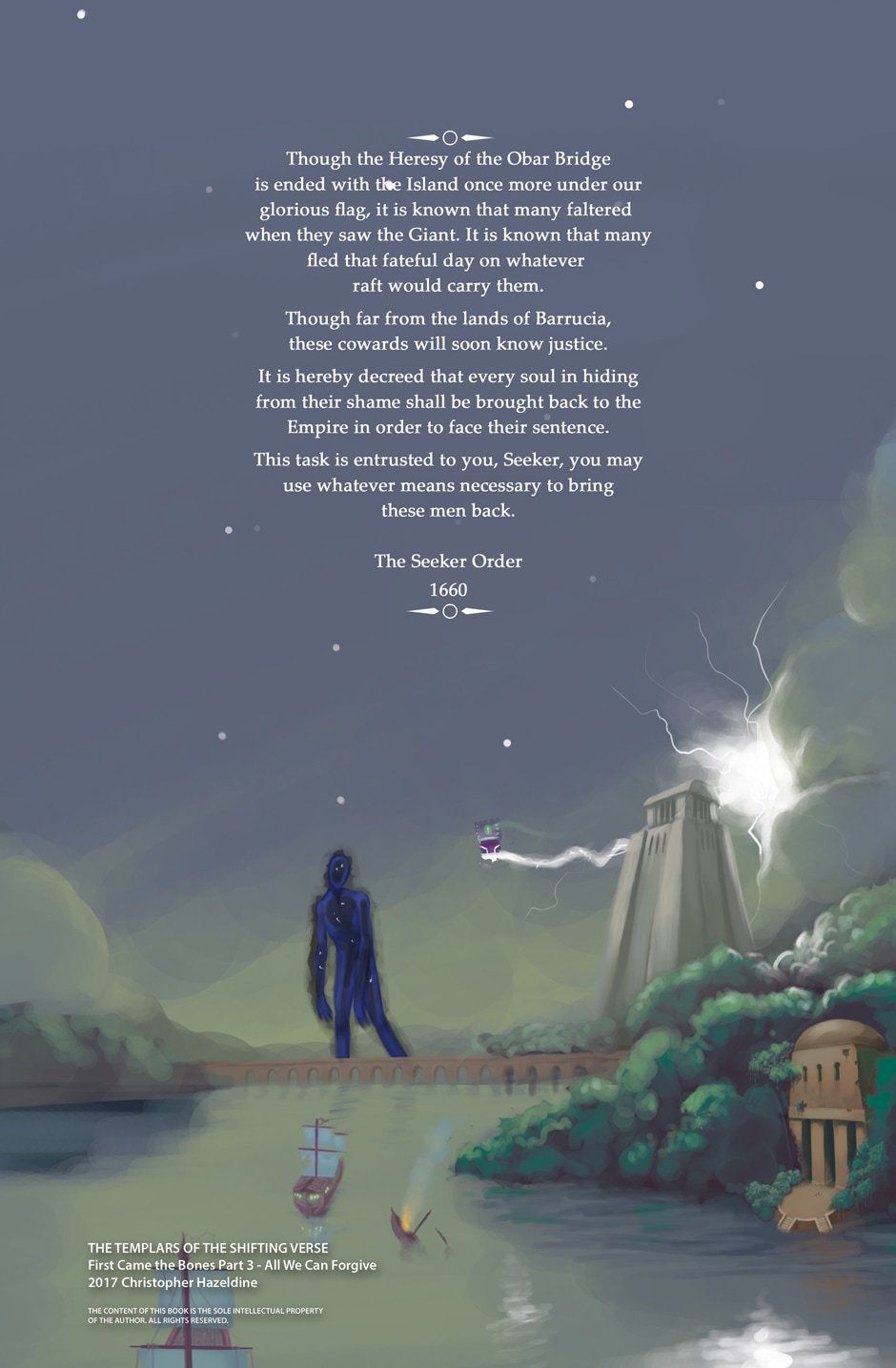 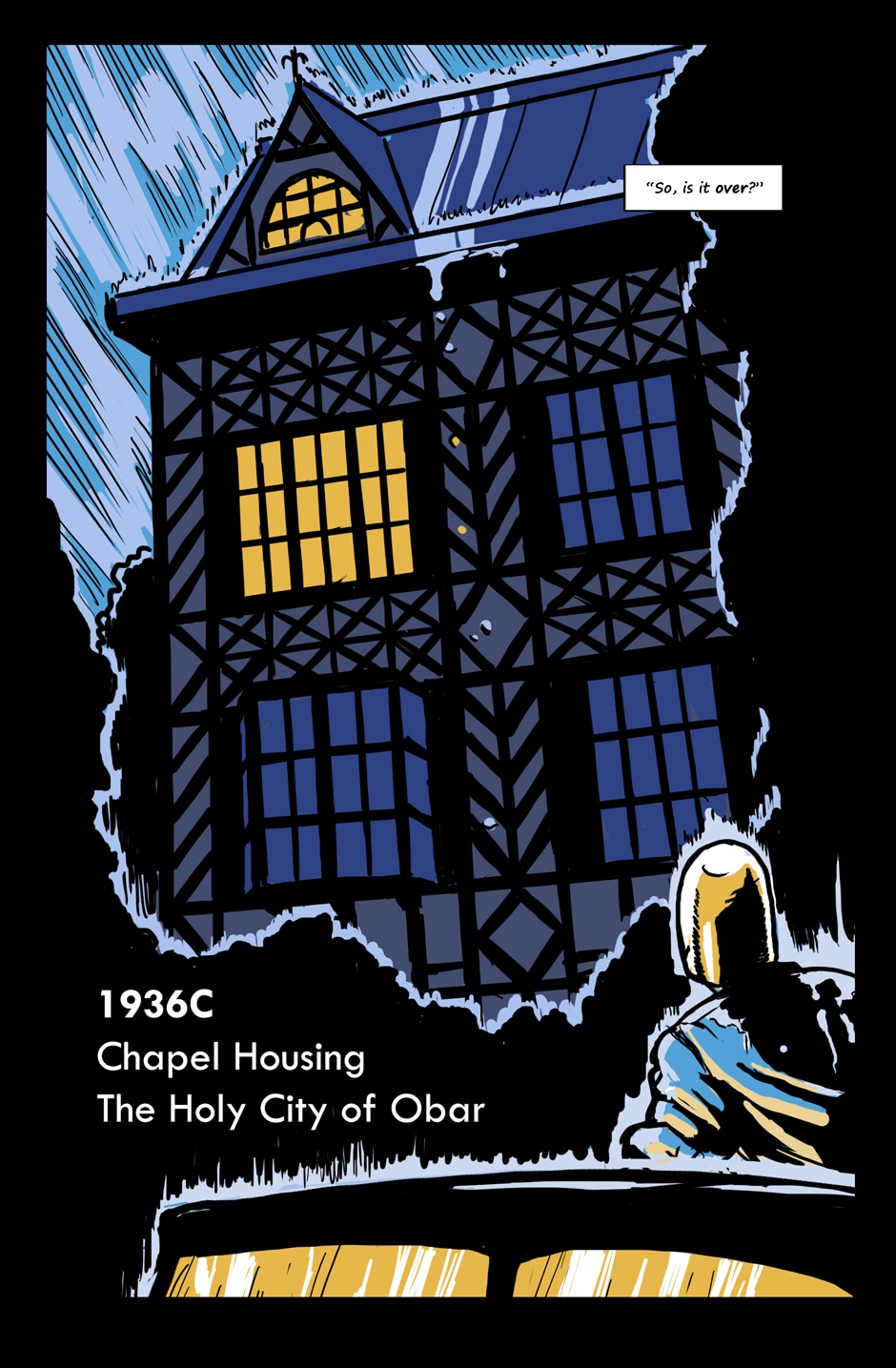 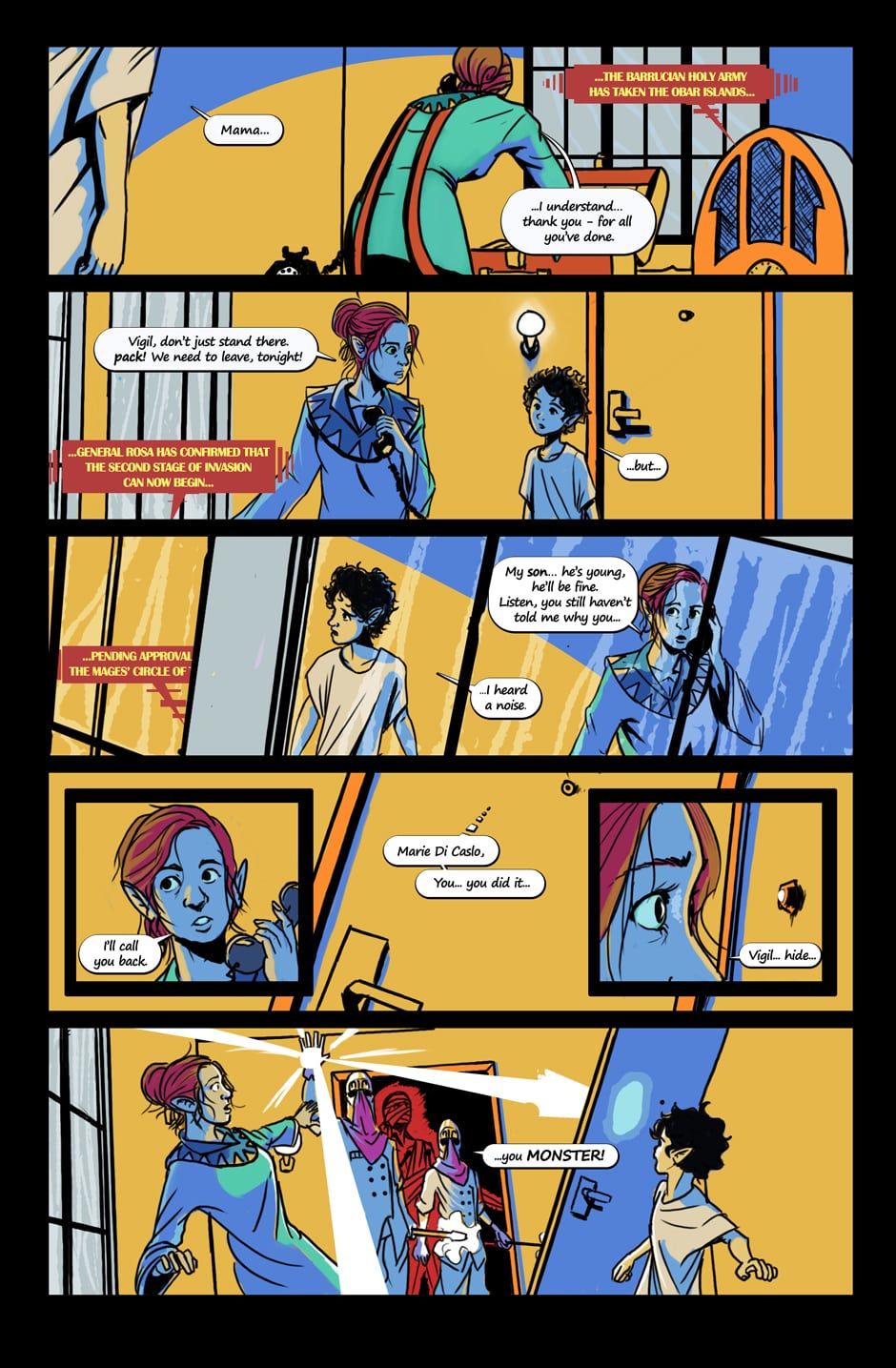 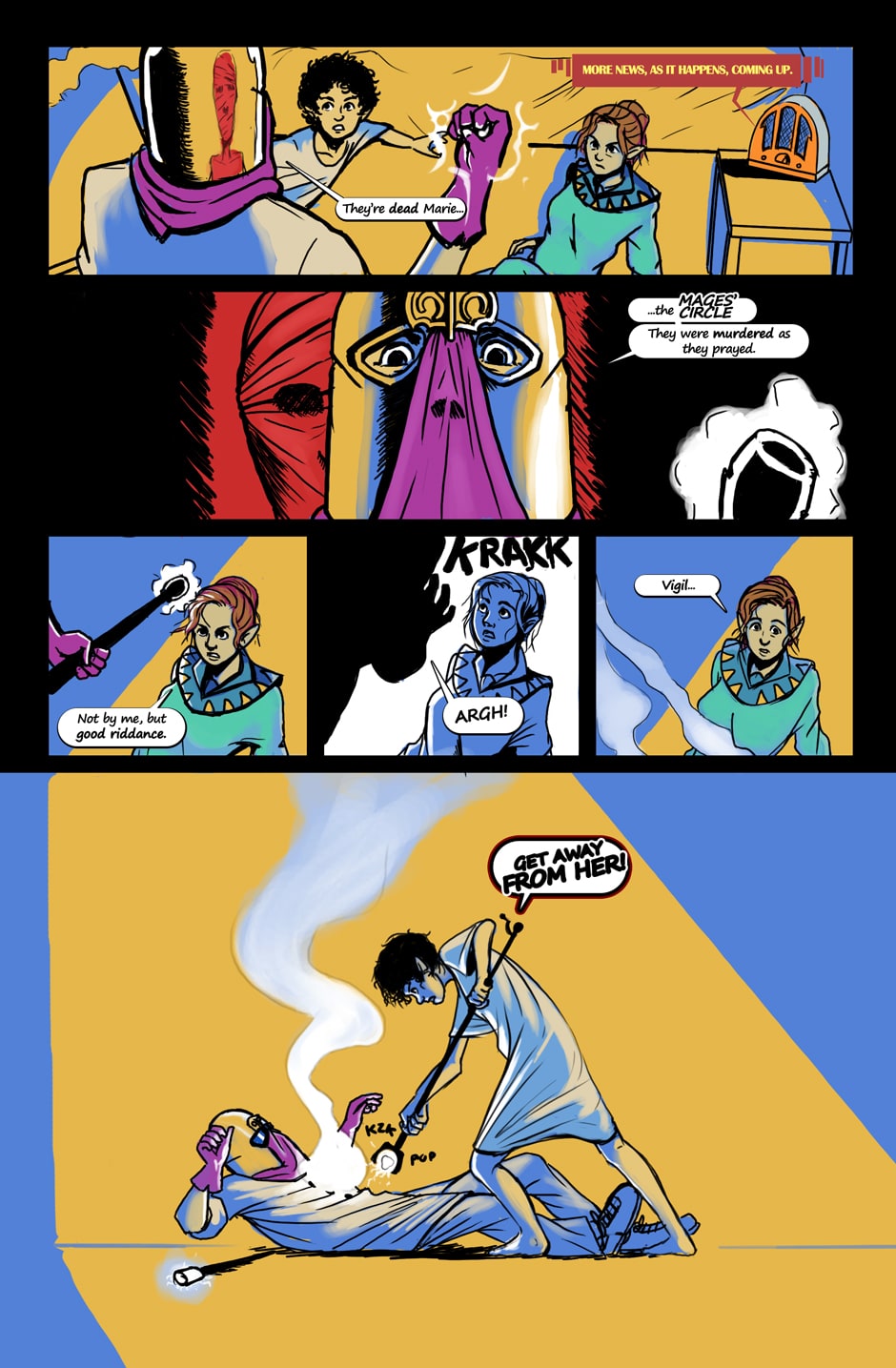 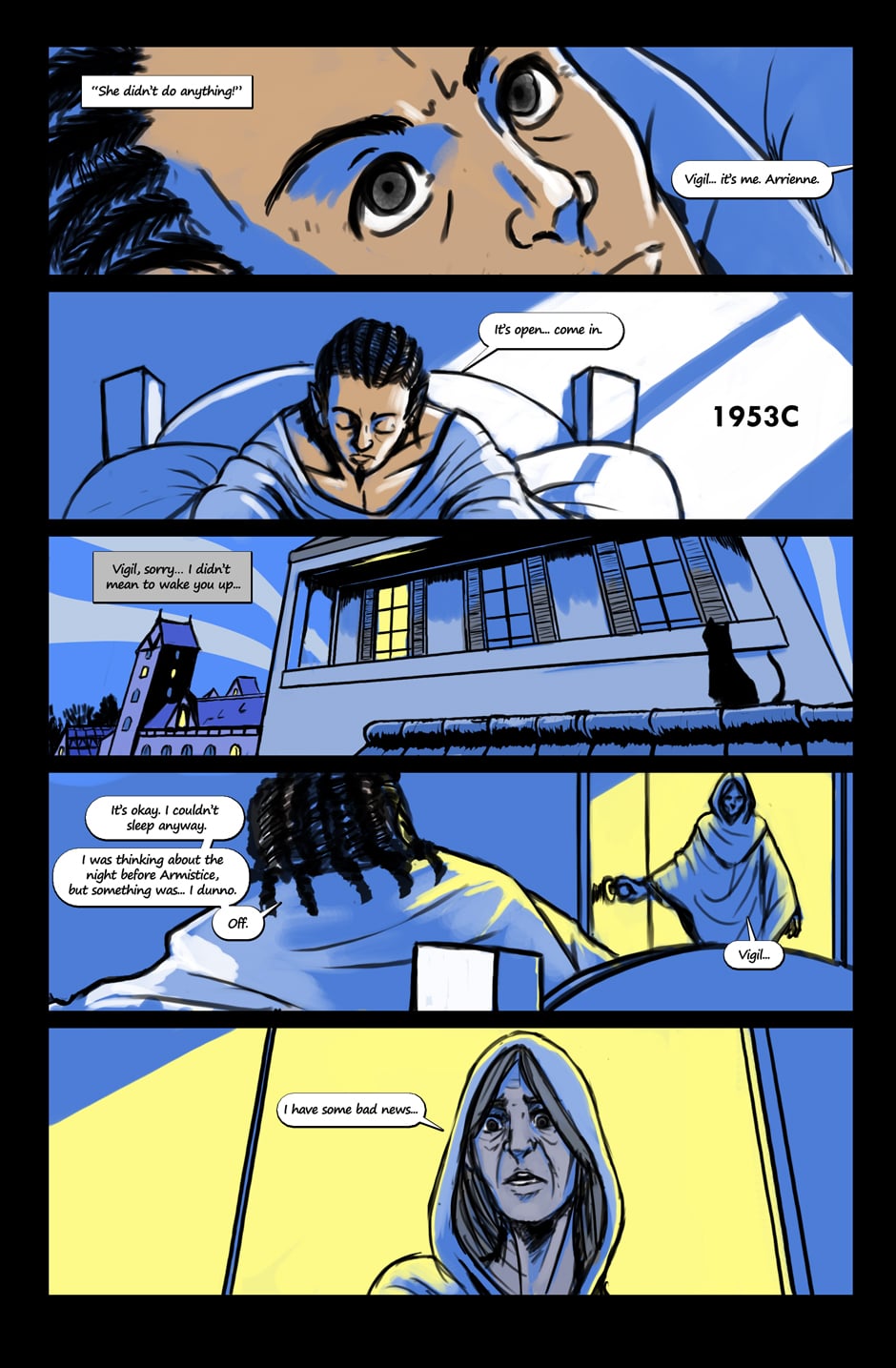 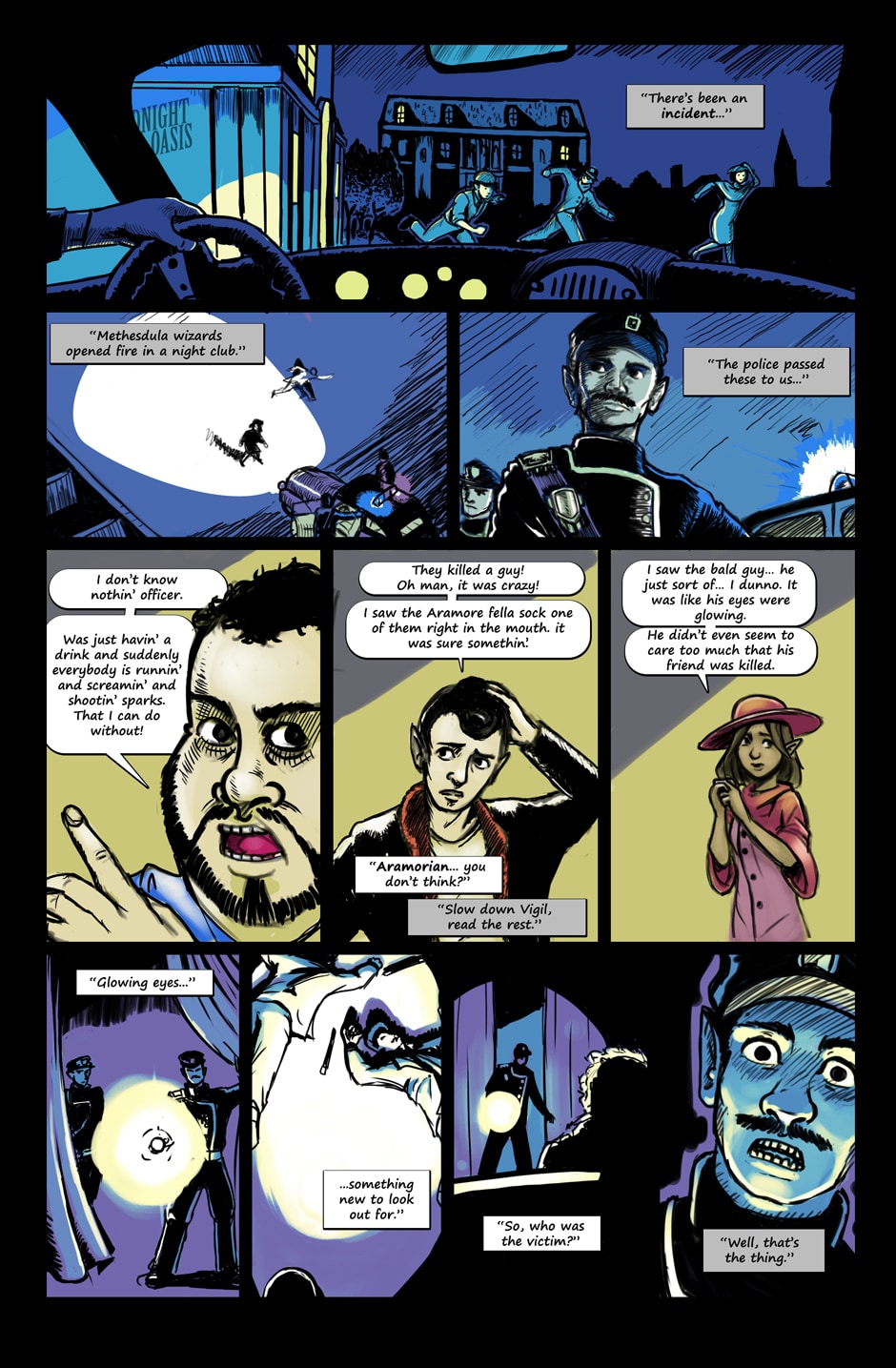 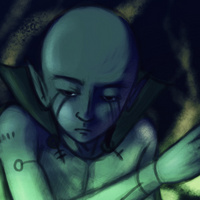 Vigil remembers a night unlike any other. His mother in a conversation that excluded him in the way only adults can, and the sudden arrival of the Seekers, which forced him to defend himself.

I can't say my house has ever been raided by religious zealots eager for revenge. Then again, I live in a world that's already taken all the eyes it can.

From here on in I'm afraid updates will be less regular. I will try to get new pages uploaded every few weeks. 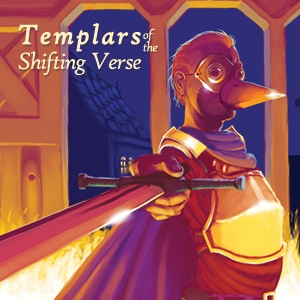 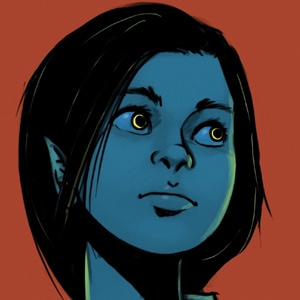