I want to roll my eyes at Cameron so fucking bad. His project will probably be something so ridiculous. He’s always doing stupid, outrageous shit. He loves the attention. He feeds off of it.

“Wow, so mysterious,” Rose jokes. “Remember when you did that project your sophomore year of high school when you were still into photography? You cut up that huge photo of your boyfriend sucking on that lollipop and pasted them around the hall so that you could only tell what it was if you stood in the corner of the third-floor stairwell?”

“Oh my god,” Cameron chuckles. “Of Jackson? That shit was so cliché. I’m embarrassed you even remember.”

“I thought it was cool,” Rose says. “All my senior friends who were into art liked it, too.”

Cameron raises an eyebrow, and it’s obvious he thinks that Rose has no idea what she’s talking about.

“Well thanks,” he says after a moment. “Too bad he turned out to be such a damn psycho.”

“How so?” I ask. “I wanna hear about your high school boyfriend.”

He’s never talked much about his exes and now my interest is piqued. Cameron’s a private guy, despite his boisterous personality. We’ve known one another a long time, but this is still the first I’ve heard about his past relationships.

“Ugh, yeah, he was just so clingy!” Cameron starts with a laugh. “He got worse and worse and always whined that I never had time for him because I was always working on other shit. I mean, I had a lot going for me. I couldn’t let him dictate my future. So, I dumped him. He made a huge scene. It was stupid.”

“You guys dated for like, two years though,” Rose points out.

“Too damn long,” Cameron mumbles. “What a waste of time.”

Rose wrinkles her nose but doesn’t say anything. He’s probably being too harsh. I don’t really know. I wasn’t around back then and I’ve never met Jackson.

“Well, that sucks,” I say, not really sure what else to respond with.

“I mean, it’s whatever,” Cameron scoffs. “I was over it long before it ended and I really don’t care anymore. That’s why I only date casually now, though. I don’t want to put up with that kind of shit again.”

He’s not kidding when he says he only dates casually. In the four years I’ve known Cameron, he hasn’t gone on a date with the same guy twice. He hooks up a lot though. People love him. He doesn’t even need a Grindr because there’s already pretty much a line of people waiting.

It’s pretty funny, actually. Cameron’s cool, but not that cool. People put him up on a pedestal because he’s outgoing and well-known. He’s fashionable and puts a lot of effort into his appearance. He’s also pretty good-looking and ideal in a lot of ways, if you’re into that I guess. I’m not, because I’m a damn lesbian, but that’s probably why we can be friends in the first place.

He’s probably broken a lot of hearts. I don’t think he cares, though. He always just says he needs to do what’s best for him and sometimes that means being selfish. I think that’s true sometimes. I know having good boundaries is important, but the context of Cameron’s situation makes it feel a little morally fucked up.

“Fair enough,” I say. “Think you’ll ever settle down? I mean, if you find the right guy?”

“If I meet someone that’s good enough.”

“Oh don’t be such a narcissist,” Rose sneers, sounding irritated for the first time tonight. “I bet you’ve been out with tons of nice guys. One date or one fuck doesn’t tell you much about a person, you know.”

Cameron just looks bored. “Yeah, whatever. I don’t really care about settling down any time soon, so it doesn’t matter.”

“Well, to each their own, I guess,” Rose says, and the conversation kind of halts.

“Entitled dick,” I decide to add.

“I’m allowed to be,” Cameron snaps. “I want the best for myself. How is that a bad thing?”

“It only is you’re treating people like shit,” I retort.

In mutually silent agreement, Cameron and I drop it.

I need to stop stirring the pot, but it pisses me off to hear him talk this way sometimes and it's like he doesn't even care about my opinion.

We finish eating and I take the trash down to the kitchen. By the time I make it back upstairs, Cameron’s started rifling through my dresser.

“Ugh, seriously?” he groans, giving me an annoyed look. “Don’t you have any extra?”

“Hold on,” I cross the room and yank my bag out from underneath the bed, fishing around in them briefly and pulling out a pair of gym pants.

“I was going to wear these to my weight class, but ended up wearing shorts instead,” I say, tossing them at him.

“When was the last time you actually did laundry?” he asks, shamelessly slipping out of his jeans and changing into the clothing I just lent him.

“When I had time to sit at the laundromat for three hours.”

I squint my eyes at him. “Whatever. Just be happy I have something clean you can wear.”

He just sticks his tongue out at me and leaves the room, calling, “Goodnight!”

“Goodnight!” Rose calls back. Once he’s gone, she turns back to me.

Ugh, I know that look all too well.

Rose just keeps staring at me with this soft expression, like she feels bad for me or something. “Are you okay?” she finally spits out. “You seem on edge. You’re picking fights, but then you drop it. You were doing that to Cam all night.”

“Well, you seem like you’re in a bad mood. Let’s try to sleep in a bit tomorrow. It’s the weekend, so it’s not like you have classes to wake up for.”

“Okay, yeah,” I relent. I don’t have it in me to insist otherwise. I probably am in a bad mood. If not, I’m just tired. Either way, I don’t want to take it out on her because she doesn’t deserve that.

“Come to bed,” she says, holding out her arms to me and beckoning me over.

“I have to brush my teeth still.” I reach out, taking her hands in mine.

So, I do. I crank the heat in my room and slip on a pair of green boxers that were scrunched up at the foot of my bed. I throw Rose a flannel and then head down the hallway to the bathroom.

I pin my bangs out of my face and stare in the mirror for a minute, rotating my septum ring around inside my nose. Yikes. Can’t believe I was walking around looking like this. I have the darkest circles I swear I’ve ever seen.

I brush my teeth and wash my face before returning to the room, killing the lights and getting into bed with Rose.

“About what? I thought you were tired.”

She lets out a heavy breath. “Avery,” she says in a sluggish tone, sounding like she’s sick of my bullshit. But what exactly am I doing wrong?

“You never tell me things. How do you feel?”

I hear her huff, which makes me feel bad, but I don't know what she wants from me. I'm not into all this feeling-sharing shit. I'm more of a get-up and get-over kind of person.

I really am tired. Exhausted, actually. Between classes, worrying about what the fuck I'm going to do with my sorry ass after college, and defending myself to Cameron, I don't feel like I even have time to process my emotions let alone explain them to someone else.

"I'm fine," I insist again. "There's nothing to worry about."

I can tell this isn’t the answer she wants from me, but I have nothing else to tell her. I just hope she’s not pissed.

I curl up under the covers, saying, “Goodnight. I love you.”

“G’night,” she murmurs back groggily.

I roll around a bit before finally getting comfortable. Rose inches closer and I can hear her breathing softly. I close my eyes and zone out as her breathing evens. It took me a while to get adjusted to her snoring, but I’m used to it by now.

I actually have a harder time sleeping when she’s not snoring in my ear. 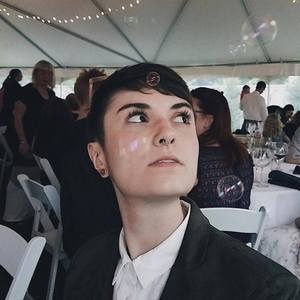 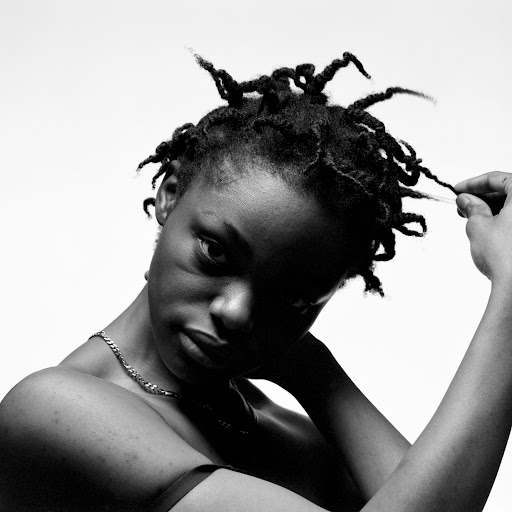 This story is some good shit 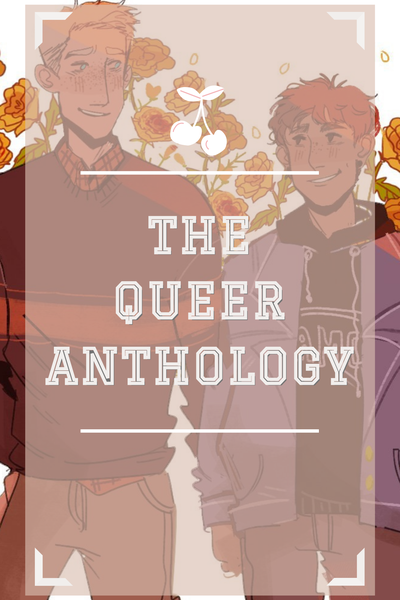 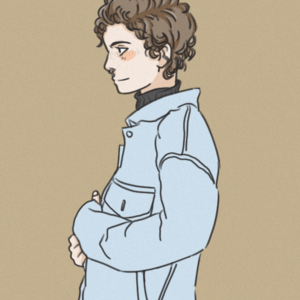