It's a guess, about what Mei--a girl with the name of Beauty--means to the Beast. But it's irony too: two opposites in name and in being. One, a beautiful human in appearance. The other, an inhuman Beast in form. He told me he was the Beast--and I wonder if that really is his name. I wonder if why I'm alive even today is because I remind him of her, or if it's just because I'm her opposite.

Whatever guess about the facts is right, both of us are at a standstill. The Beast's nostrils flare and puff out smoke, and I don't dare move my eyes from his unblinking gaze. Even my reflection, sympathetic and tired, looks resigned instead of pitying. The Beast's own expression is not at all understandable: nothing about him mirrors a human except his ability to speak.

For a moment, I wonder if I've said something noteworthy. If anything at all, maybe Beauty was the key to breaking the Beast's curse. Maybe this is what the living sacrifices are expected.

Then at once, I feel something's wrong. I'm not sure what it is. My heartbeat pounds steadily in my ears, but grows louder.

Looking down, my gaze trails down the curve of his scaled muzzle, down to his belly to his claws. His claws are sharp, I can't help but think. They'd hurt. Then my eyes trail back.

One of his claws have latched--pierced--right into my chest.

Stunned, I barely have time to look back into his eyes before he lifts me off my knees like this. A sudden surge of strength follows and I'm flung up violently over his head like a ragdoll. Something feels like it's spilling out of my mouth. It's hard to cough, because he's clenched my chest, my--my ribs?--into his grip.

My hand scrambles, fingers scrambling--to clench over the joints of his claws. Trying to--I'm not sure what--

I'm screaming, when everything catches up to me. When sensation returns with feeling, when my ears return with sound, and when the roar of my blood races, I'm screaming.

The Beast flings me across the hall.

I slam hard against the floor. A crunch reverberates through my ears before I'm bouncing high off the ground.

When I'm conscious, I realize I'm nowhere at the door of the dining hall. I'm choking, buried half into hard gold where I've landed. My legs--I can't feel my legs.

Pushing myself, coughing, crying, gasping, I roll over. The palm of my hand digs into the sharp protrusions of metal as I do so. I'm just in time to watch the Beast crouch low before he flings himself into the air.

He wriggles up in the air like a snake. Then, coiling himself, his head surges forward. The Beast lances forward with his huge jaws wide open.

"You dare." The Beast lands atop me, teeth sinking in--somewhere?--ignoring my screams. "You dare speak her name."

I'm babbling and wheezing. Something about sorries and not knowing, but just babbling.

They say your life flashes before your eyes before you die. I watch a monster laugh at me instead.

"No," the Beast sneers, letting go, blood tripping from his teeth. His breath is of fire and the heat alone makes my skin sear, and I squeeze my eyes tight. "You did it on purpose. Do you think a Beast such as I will play by your human rules? I too, can be as fickle. I too, can be cruel without reason. I too, can--"

Flames singe with every word spat until suddenly it stops.

I can't think beyond anything. Body numb, the hand that was reaching out to block, to protect, drops beside me. I can't feel what's going on under my waist, but I know it won't heal naturally.

Why am I not dead?

I open my eyes. The Beast stares down at me, but he says nothing. He's closed his teeth together, and they stare back at me, glossy and stained with my blood. On my chest, I feel the weight of the carved jade.

Anger fills me so suddenly that I almost could burn myself with it. I'm not sure where it comes from, but it lashes itself tightly against the tears still in my eyes. My fingers clench into a fist.

Crazily, I wish I could hurt this Beast. He says nothing to me, but just keeps watching.

The Beast lowers his head. I follow the motion to my legs. They're bending the opposite way that legs should be bent. He breathes over a faint mist over them, and his claws reach over to--

I jerk my head up, gasping. My head slams back against my bed of material riches. Chest rising and falling, hiccupping, I hear my bones snap in the open hall and I can't feel anything.

"Guest Chao," the Beast says. His voice is a whisper, a rumble of stormy seas in the distance. "Please find it in yourself to forgive my actions."

The Beast... apologising? I wonder if he really means it. 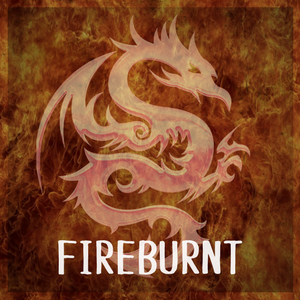