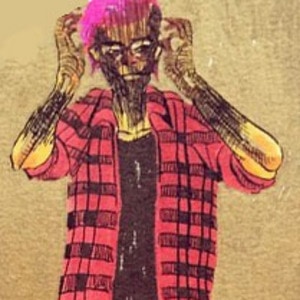 For the time being, Sunpiercer will be on hiatus. I apologize for the inconsistency, but I've been working on a very exciting new project that is currently taking priority. Thank you for the understanding!
Reply  to conversation

A process shot from a future page!

Status Update!: More pages are in the process of being colored, and will be published ASAP!
Reply  to conversation

Ren of Sobek is the owner and captain of the fishing barge, “Sunpiercer”. Born into a small cult located outside of the gates of Thebes, dedicated to Sobek, the crodile god. As a “child of Sobek”, Ren was raised in a harsh enviornment - the concept of “kill or be killed” instilled in him at a young age. Ren is aggressive, and sometimes cruel - to him, it is all just for the fun of it. Ren means well, however, but often doesn’t socialize well with others. During the reign of Akhenaten, Ren’s father - the caretaker of the cult at the time, created the Sunpiercer as a front to hide the cult from the monotheistic Atenists. After the fall of Akhenaten, the cult was returned to its original purpose, and command of the Sunpiercer was given to Ren. After his father’s death, Ren inherited the cult as well, but instead handed the leadership role to the loyal priestess and good friend, Aoh. Ren prefers the more simple life of a shiphand. Although small in stature, Ren has ample raw strength and a vicious killer-instinct. Ren is well-versed in fighting, preferring the brutal katar as his weapon of choice. 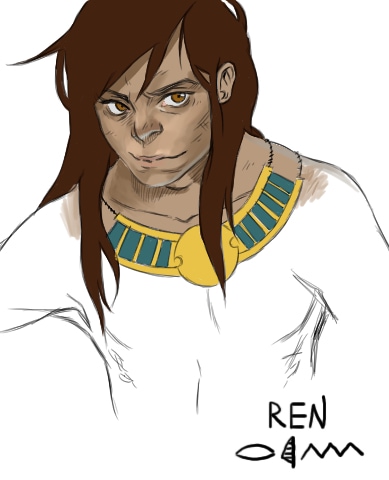