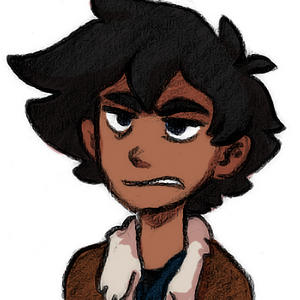 Hey so I think I've been putting off saying anything because I didn't want to make it seem like a big deal (and on another level because I didn't want to acknowledge how long I've been radio silent here) but at this point I think it's only fair I say at least SOMETHING so that no one assumes I've just vanished off the face of the earth or put the comic on an official hiatus or something. The TLDR here is that I've done neither of those things, and that I'm still actively working on Ghostchaser every day! Just slowly. I'm working my hardest to get back on a roll but there are some obstacles I have to face. You can keep reading for a bit of an explanation as to what’s been going on with me, but all you need to know is that I’m still here and I’m still making this thing happen.