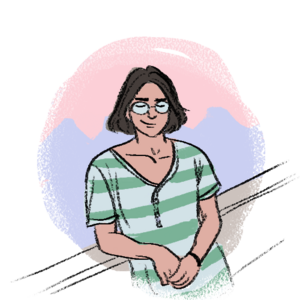 Hello! I've always wanted to create a story about the goodness of life, so my webcomic "Unearthing Hope" is about that in a fantasy setting. Join me and unravel the mysteries of life; and of course the diverse cast of "Unearthing Hope" as well.

Once the webcomic hits off, then more frequent updates definitely ensue!

Oh, I have some really gay T-shirt merchs for sale too. Check out my links for more info.

Hello all! I know it's been awhile since I've updated, but I just want to tell you my comic is still in the work! Part of it being delayed is because of work and family. Sometimes, you just have to give priority to the things that matter in your life! 😄

So --- as per my previous post here, I'm re-inking Episode 1 and it's almost done! I've made some good changes from the things I've learned in my past episodes. I've been trying to make the transition to CSP from Photoshop as complete as possible. What that means is that I want to work with the similar textures and brushes that I normally use in my comic. After numerous experimenting with creating my own brushes, I'm almost there! 😂 This also means a little faster production time. Yay!

So over the next some days, I'll start making changes to my comic. All the available episodes will be deleted. Why? Because there's a full-length episode (Prologue) to be uploaded! I initially wanted to just update Episode 1 (fitting in both the Prologue and the re-inked Episode 1), but upload rules on both Webtoon and Tapas is pretty strict about upload size.

Nevertheless, I'm pretty happy to share with you all the new upcoming episodes; uncovering more lore and characters of the comic. Please look forward to the updates! 🌷 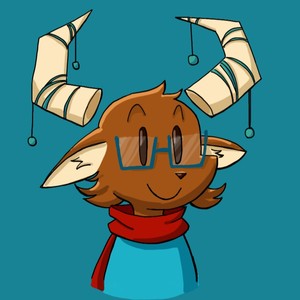 You are doing things amazing! good job! take your time, it will be amazing, as it alredy is UwU

Thank you! That means so much! 🙏🙏
Reply  to conversation

Thanks for the influx of watchers/views on my webcomic, Unearthing Hope! That was pretty unexpected and I'm happy to see you like the comic! 😊

You might notice that the update is slow, mainly because I leave home maybe for weeks to help out a mate to do boat renovation/sailing.

But to give you an idea of the progress:
1. 70% of season one content is done. The rest is still a bit rough;
2. Episode 1 NEEDS a rework, because after reading a lot of comic artist resources out there, I learned and I realized that I need a short prologue and improve the flow of the comic. This is priority and I got the draft of the prologue done.
3. The contest for your OC to appear on Episode 6 is still on! We have like 3-4 submissions so far? It's a pretty fun episode and I have the thumbnail done.

If you have any question about the comic, update, etc, just leave them in the comment below. I'll get back to you asap! Cheers! 💐

That sounds so good! Congratulatons! And don't worry about the slow updates, take your time for enjoy the process UwU good luck!

Thank you for understanding! Seeing other comic artists with really long updates is very inspiring! So please keep creating! ❤

awwww that is so sweet of you! thank you! same for you UwU
Reply  to conversation