I are a waffle. I'm still trying to find an art style and am currently drawing mittens for hands because I suck at hand drawing.

Just thought I'd pop in to say I'm not dead, been toying around with a fanfiction. Kind of made a bunch of my own characters, I'm just playing with the world/setting.
Reply  to conversation

So my drawing tablet broke, which is why there haven't been any updates. Looking into replacing it as soon as I can. I'm sorry. 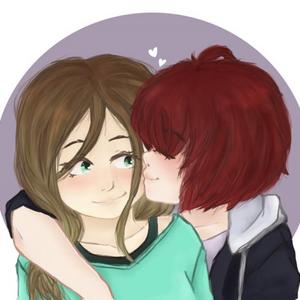 it's okay ;w; ik how bad it is akgrjawg don't push urself aaa
Reply  to conversation

Rent and bills are payed, for now. Seriously its just a matter of time before something goes wrong again.
I hope you're all doing well :) Sorry for not updating/posting much.

Nearly couldn't feed my cats and just when I thought one problem was taken care of, I get a note on the door that says to pay rent ($545) by monday or they'll tack on an extra $400 to begin the eviction process.

Life is FUN!
Reply  to conversation

Part 2 of previous post.
Apart from all that sanction business and the car messing up, one of the kittens got very sick and we couldn't afford an exam at the vet (THANK GOD it wasn't life threatening, she's okay now)

And then one day we saw a Spectrum truck in front of the house. Our internet was turned off and sis and I had just enough time to say goodbye to our friends. The library has some free wifi so we went and used that from time to time for the next 12 days. Not having the internet isn't that big of an issue but when you got important things going on and need contact with lawyers, its annoying.
Got some sllooowwww internet for $5-$10 a month at ATTnT (because they have disability discounts)
It was insanity getting the internet set up because some doofus cancelled our installation and we might've got a faulty modem from the previous technician. But it's all good now.

And hopefully in a month, things are about to change for the better.
Reply  to conversation

*Cracks knuckles*
Where do I begin? My sis and I were going to some GED preparation classes, and on May 3rd the program ran out of funding. My sister was 72 points away from taking the actual GED test and I was 32 points away. A few months later, we were assigned to go to the local pantry to work in exchange for foodstamps. They kept turning us away so we called the office and sis and I were then told to go to a thing called 'Light Assembly'

After some poor decisions we couldn't go nearly all month until the very end. Sis and I were sitting in the Light Assembly office for about 30 minutes until our mom came in and told us that the car battery died.
About 2 hours later and two tow truck guys who both tried to jump start it (and failed) we get it towed and get back home, then get the dealership to come get it and have a look at whats wrong.

A day later they want $199 for a replacement battery, which we can't afford. My aunt kindly pays for a battery. My mom asks our neighbor, a retired mechanic, to come take a look at the car (it just happened to be his day off).

He literally turned a bolt on a part on the battery and the car started up just fine. Dealership mechanic said "Well thats the first thing we checked!"
I'm sure you can smell the BS.

So all is well with the car, we put in the new battery anyway and all seemed to be fine up until we got a call from the foodstamps people saying we've gotten a sanction because we couldn't complete our hours last month, which is fine since it was our fault. (Though it was laced with some BS because apparently it isn't good enough cause to miss your hours when your ONLY CAR breaks down and you have absolutely no means of getting to the light assembly and back home, but whaaaatever)
However my sister got an extra sanction because she didn't get all her points in at the GED Class (600 points), we told them how they ran out of funding but I guess this isn't good enough so our foodstamps will probably turned off next month.

In all honesty, I want to fight that sanction because its complete BS.
Reply  to conversation

SO! I've been absent for like four months. I'm sorry about that. Life took a turn again. My sis and I were sent to GED classes for food stamps so it was a win-win, and then that facility lost its funding in a month o_o To top it the food stamps people sanctioned my sis and I for not attending class when we did attend all month but thanks to the immediate response from our awesome teacher, the sanction was removed.
Now we have to go to a 'Jobs Assessment' program on the 25th.

So that was all fine and dandy but heres another problem: I'm crazy allergic to pollen. The trees are pollinating like crazy and ten of them are trees I'm allergic too. And every time someone cuts their grass, I get sick on the stomach and get stomach cramps.
Maybe I should move to the desert someday.

Love all you guys, I hope to post a comic soon! 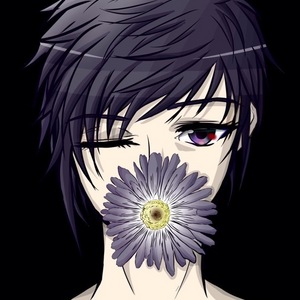 Take your time and stay safe out there
Reply  to conversation

Okay so, I nearly got evicted. It was -12 one night and we could see our breath in the living room. Now its 50 something :P
Oh and now we're scrambling to get out water bill payed so they wont shut off our water. We had to leave our faucets running to make sure the pipes done freeze like they did last winter (which was rough)
Sooo it was an eventful start to the New Year, I'll give it that.

Slight update: The water, as far as I know, is good to go. However, there's now a possibility that our car will be repoed soon. Not that we mind all that much, its a POS. But that will make it insanely difficult to get food.

P.s I'm working on a comic, albeit a depressing comic, but still. Dunno when I'll manage to get it posted.

Last night my kitten died. It was a freak accident. He climbed onto the fridge and fell off, a heavy, glass cannister went with him. I found him. My sister and I were in complete hysterics.

We buried him near the river and put two green ribbons around his box, which we tied into bows. We put his favorite toy, an empty easter egg in there too. I put some cat food in it (my sis rescued the kitten and she's super into ancient egypt)

We marked his grave with a rock with his name on it and decorated the area with five rocks. Four for each family member and the biggest rock represented all the cats and the dog.

We miss him so much already. He was made of pure happiness and fur, he befriended everyone even if they hated him. He was a beacon of joy to all the pets, they were happier with him around. He didn't suffer, and we're glad for that. But we'll miss him always.

The blows just keep coming. I'll just say that my family has no income and have had to ask for favors from family and friends to get by. The income we were depending on to arrive, hasn't. We don't know when it will and I'm looking for some odd jobs to raise even a little money. I'll also have to search for an animal shelter for the cats, if it comes to it. Though one source of income is two weeks away and even if its approved, it could be a few more months away.

I know it all sounds like a soap opera who's writers are running out of ideas, but I can't help that.
Anyway, I hope you're all doing well.

I don't know what to say
Reply  to conversation