“I love you,” he said, a shuddered breath in the timid evening air. Once unnerving green eyes; sharper than glass and hotter than molten iron, now trembled with uncertainty unbecoming of the typically poised bastard.

I forced a laugh, one that made him rigid, and replied, “That’s an odd joke, even for you.”

Beneath the wooden archway overgrown with gnarled ivy and surrounded by fragrant flowers from roses to lilies to sunflowers, Beau invaded more than my space. He shattered the confinements of my mind, crumbling barriers that once stood tall. The soft click of his sneakers against stone rumbled in my ringing ears.

Here, in a garden of cold gray fountains and sleeping flowers, Beau spoke with bated breath as if to ensnare me with words alone, “It’s not a joke. This isn’t a joke, Devin.”

I wondered then how the hell so much changed in only 13 days.

“Devin, I swear if you are not ready within the next five minutes, I am going to make you sit in the hotel room without TV for the next two weeks!” Mom bellowed from the floor below, successfully kick starting my motor that ran out of gas mere seconds after she had woken me up for the tenth time.

“I’m ready, I’m ready!” That was the biggest of the bullshit lies though, so I shot out of bed like Satan himself was after me. In the case of my annoyed mother, she might as well be Satan.

My luggage wasn’t even fully packed. I launched whatever I got my hands on into a suitcase and zipped it shut. The only items of real importance were my phone and charger anyways.

Good thing I was sent into overdrive too because Mom ascended the stairs in quick strides that signaled my possible upcoming doom. My bedroom door flung open. She stood in the doorway, a little frazzled with her chestnut brown hair stuck up in a messy ponytail. She analyzed the room, taking in my smug ass sitting on a very full suitcase.

“You just threw random stuff in there, didn’t you?”

She leaned against the doorframe, arms crossed and nose wrinkled.

“You said I had five minutes,” I argued.

“Yes, now, but you knew about this trip months ago.” She rubbed her temple as if reacting to the upcoming headaches to come, or y’know, the one that was in that moment. “Oh my god, how are you going to survive living in a college dorm? You barely take care of yourself when I’m nagging you.”

“Come on, throw your stuff in the van. Everyone is about ready to go.”

She left. I followed after an initial smell check of clothes, haphazardly throwing on a loose top and basketball shorts. My frizz of brown hair was never tamable so a trusty baseball cap was always there to save the day. Not like I needed to dress up. We had at least an eleven hour drive. If I was gonna be stuck in a van for that long, I was going to be comfy as hell.

Luggage rested by the doorway downstairs for a two week long trip. Our family didn’t have the cash to dish out for a vacation every year. The last time we did anything remotely expensive was six years ago, when I was twelve. We took a three day trip to an amusement park. I had a blast even if I threw up after the first day. I was determined to ride every damn thing. Did I succeed? No, but I did my best, and I was a proud little boy with a very upset stomach.

The trip we were about to go on though was what my parents had been calling “The Big Adventure” for nearly a year. The plan was as followed; one week at Old Orchard Beach, Maine, then head down to Silver Sands, Connecticut, for three days and our final destination was Skyland Manor, New Jersey, which was a freaking castle!

Now, it wasn’t a Queen of England type castle, but an older place built by some rich british dude (according to Mom) with all the fanciness of a castle. It was actually a wedding venue, but when Mom spotted it during her investigation on what else we could or should do, she insisted that we stay there, so that would be the last three days. Apparently, there was a huge garden, which was part of the estate and a lake nearby open to the public. I was more interested in the castle though because we all know what a castle has; secret passageways. And I was going to find one. It was my mission.

Our vacation was supposed to be a big deal, a sort of congratulations for graduating. Since I was accepted into college, also a parting gift for moving into the dorms soon. Wasn’t sure how planning for all that early was the best idea; what if I got held back a year or didn’t get accepted into college? Hmm? Who freaking knew with me, it could have happened. I had never been the sharpest tool in the shed, but whatever, I wasn’t complaining...yet.

The trip would not be an issue; who else was going though, now that was an entirely different matter. In ways I couldn’t even imagine at the time.

“Look who finally decided to show up,” Dad teased when stepping inside to grab another of the suitcases. He cast me a warm smile, face slightly flushed from the exertion of carrying luggage back and forth.

Dad snagged another suitcase, knocking his head to the side in a request to follow. I obliged after grabbing one of Mom’s smaller bags. She had been packed for weeks, chattering about it almost nonstop, and sometimes crying when she thought I wasn’t around to hear. Sure, this was a vacation, but it was also a reminder that, soon, I would be moving. I wish she didn’t get so emotional about it (that way I didn’t feel so emotional about it too.)

Our trip began on a humid summer morning with clear skies. No bad omen in sight. Sweat was already forming along my brow. Every breath was thick, as if breathing in a glass of water rather than air, which was in no way unusual for a Pennsylvanian summer. The promise of time spent on the shore near the cool ocean was the only reason I got out of the air conditioned house.

A black rental van was parked in the driveway. Everyone pitched in for the rather spacious seven seater seeing as it wasn’t just Mom, Dad, and me going on the trip. Three others were waiting by the van dressed as casually as me, one of which I would have preferred not being stuck with for an hour, let alone two weeks though.

Beside her was Uncle David, shimmering green eyes luminous even if it was only a little after 5am. They weren’t actually my aunt and uncle, but Aunt Zoey and Mom were best friends since high school. They both met our Dad’s in college and moved to the same street after marriage. Hell, they even got pregnant around the same time in hopes that their kids would be best friends too.

“Morning,” I responded, smiling at her and Uncle David. The last of the group I stepped around in order to stack luggage in the car, noting his exaggerated eye roll out of my peripheral.

Whatever, like he wanted me to say good morning, or would even do the same to me. Hypocritical jackass. 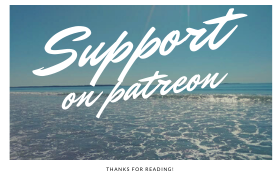 Welcome to 14 Days! Their vacation is based off the one I took last year so it has been fun to write about some of the stuff that happened as well as add a lot for their story lol Will update on Wednesday's and Friday's. Let me know what you think of our boys so far~ Also, if y'all missed the explanation, let me repeat, they aren't actually related. 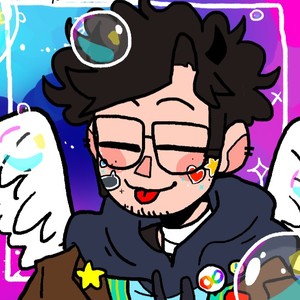 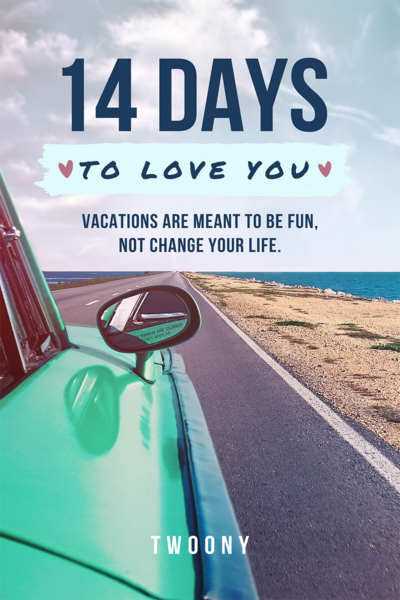 Vacations are meant to be fun, not change your life.

When Devin Ward and Beau Young are forced to go on vacation together they make two rules; play nice and avoid each other at all costs. Seems easy enough; until a single night at the beach leads to the realization that two supposed enemies have more in common than they're willing to admit. Neither suspected their turbulent relationship to change, let alone in a matter of fourteen days, but apparently that's all the time it takes to accept the love that has always been there.
Subscribe 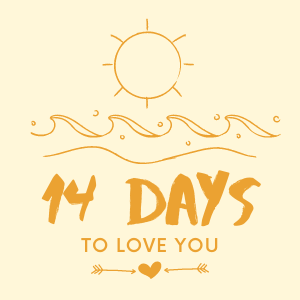