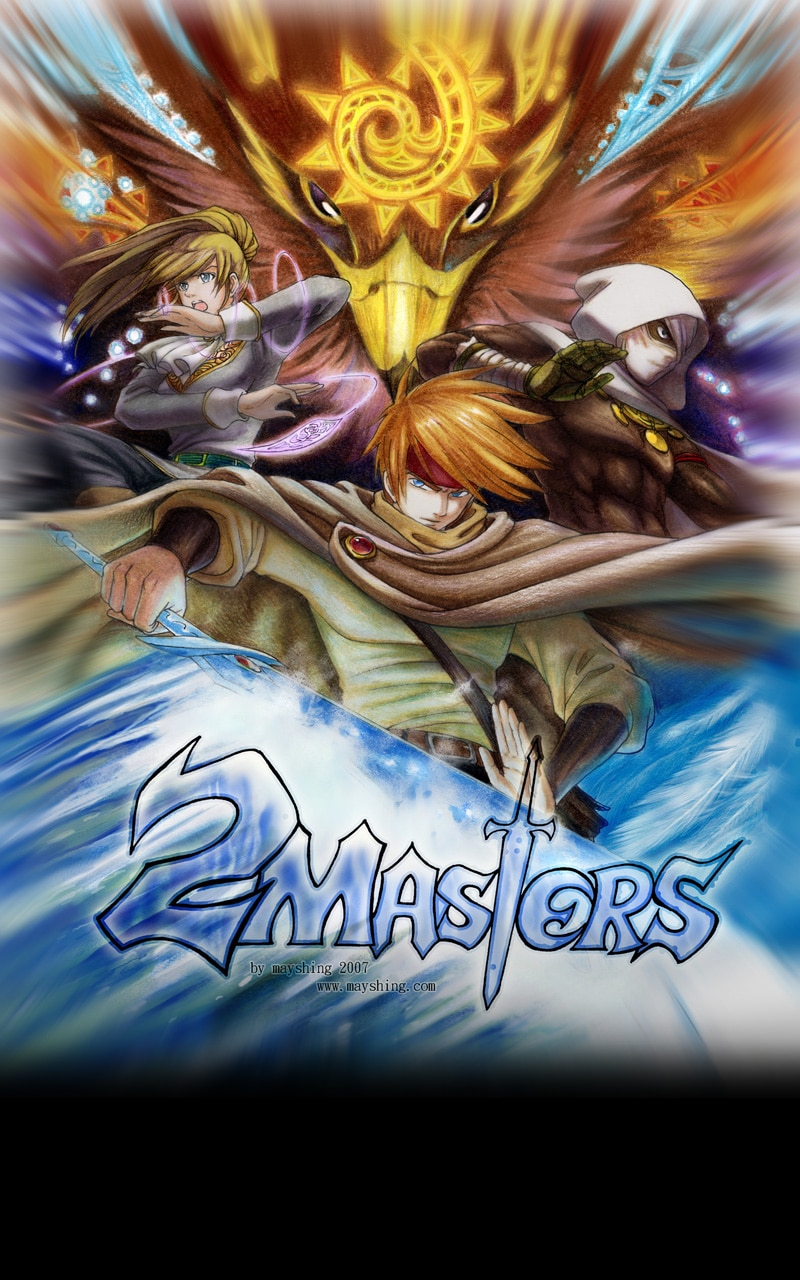 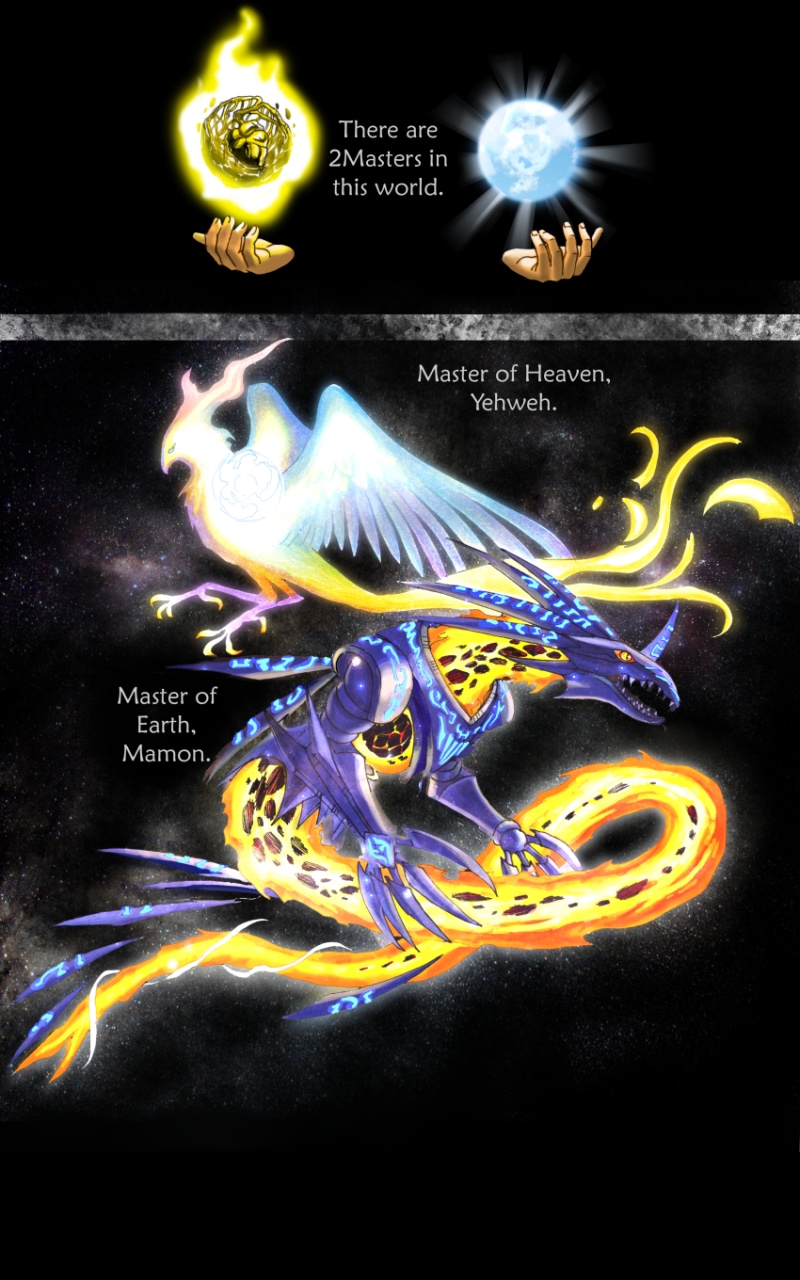 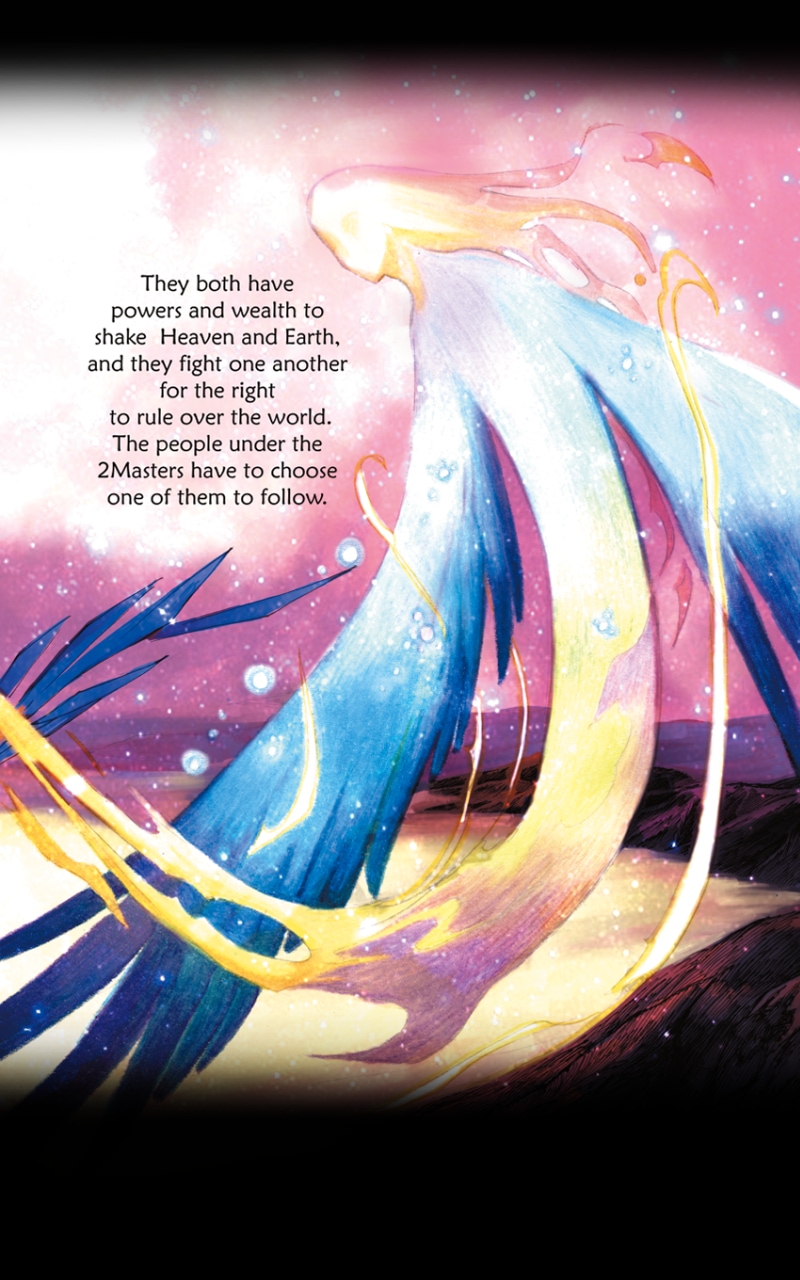 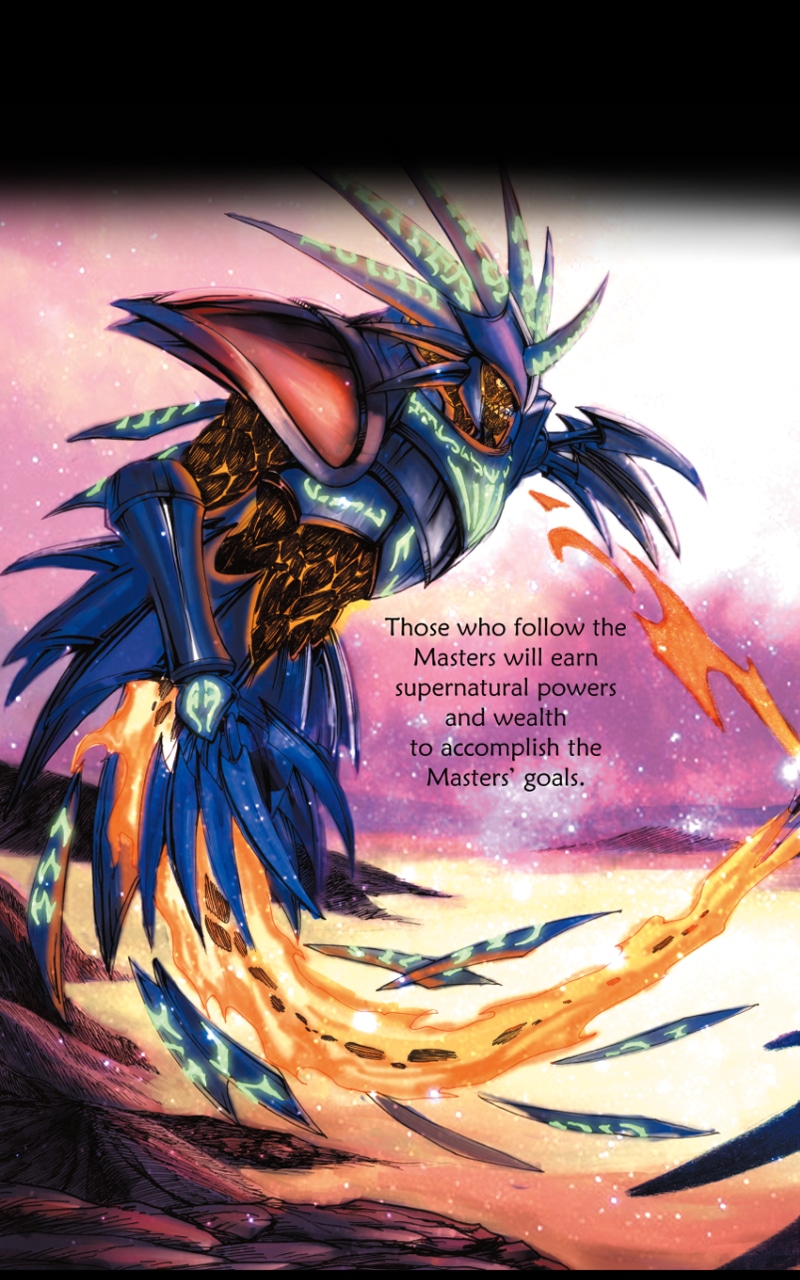 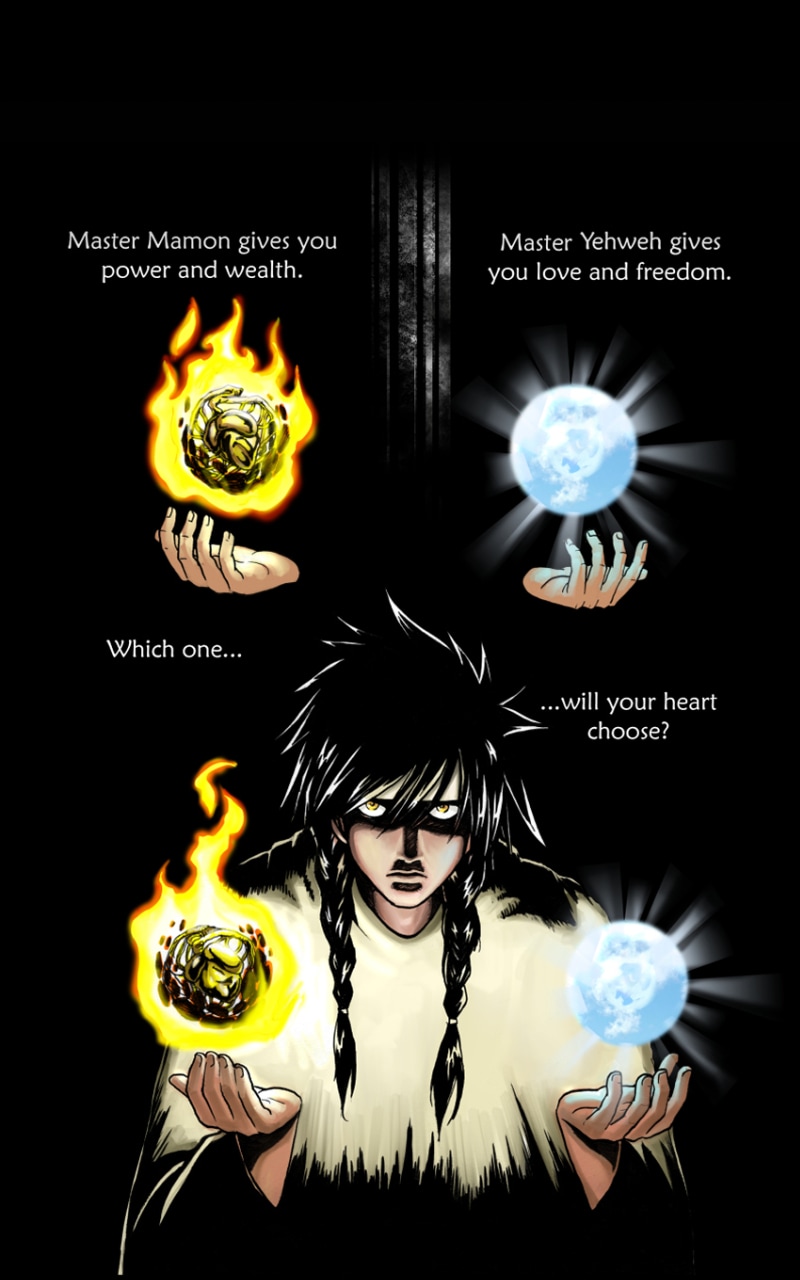 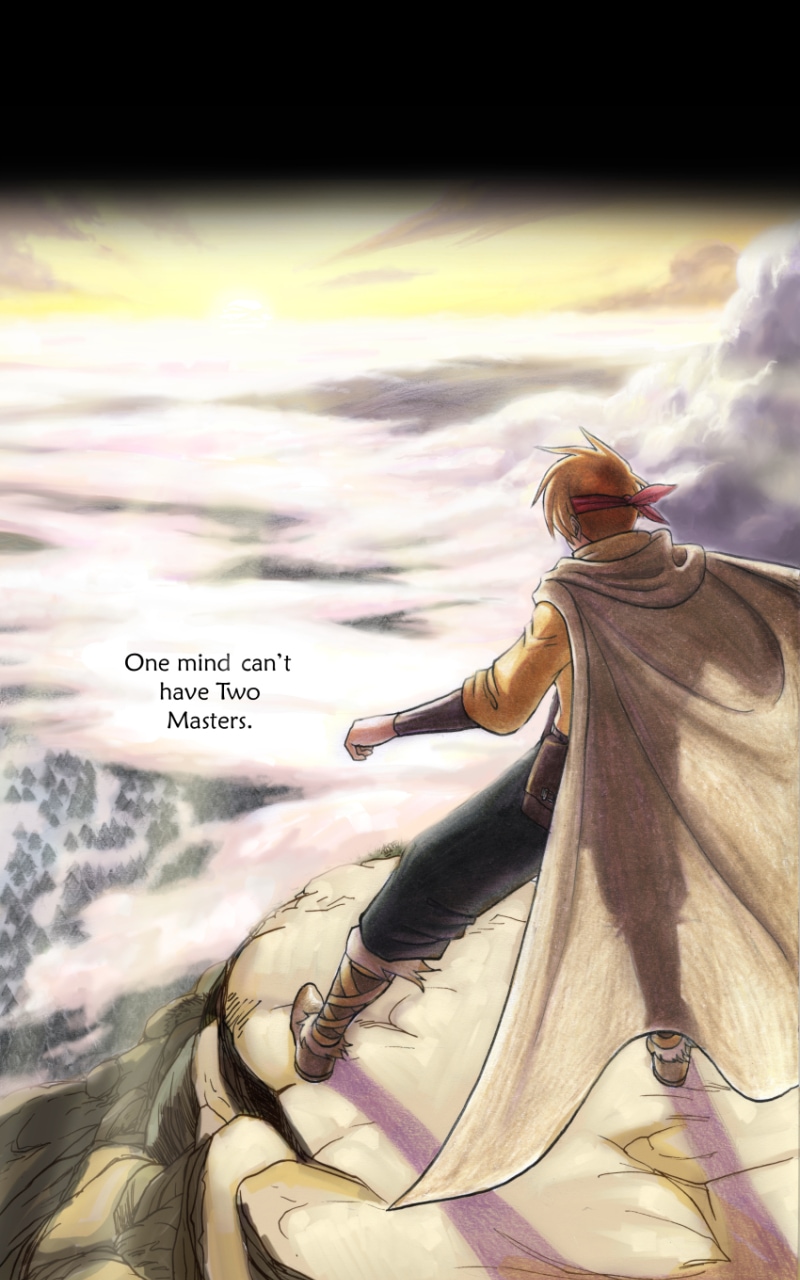 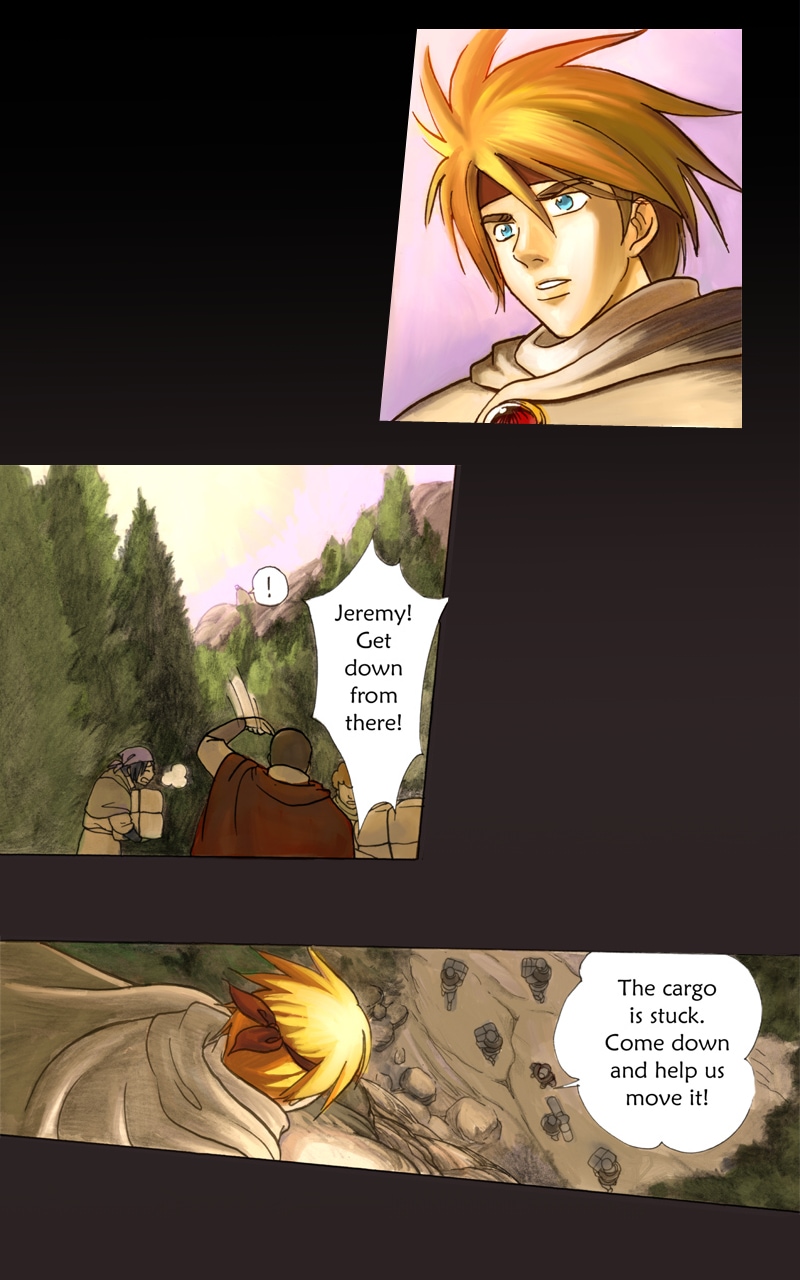 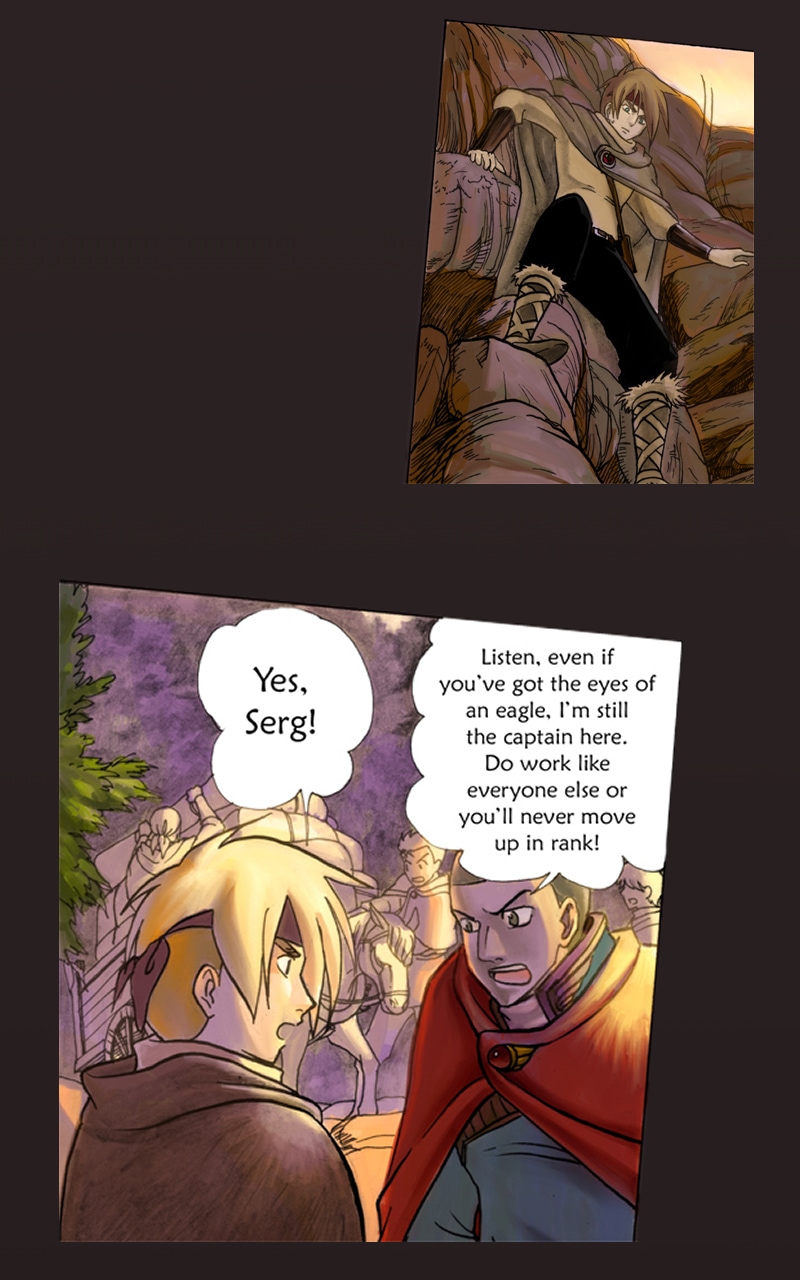 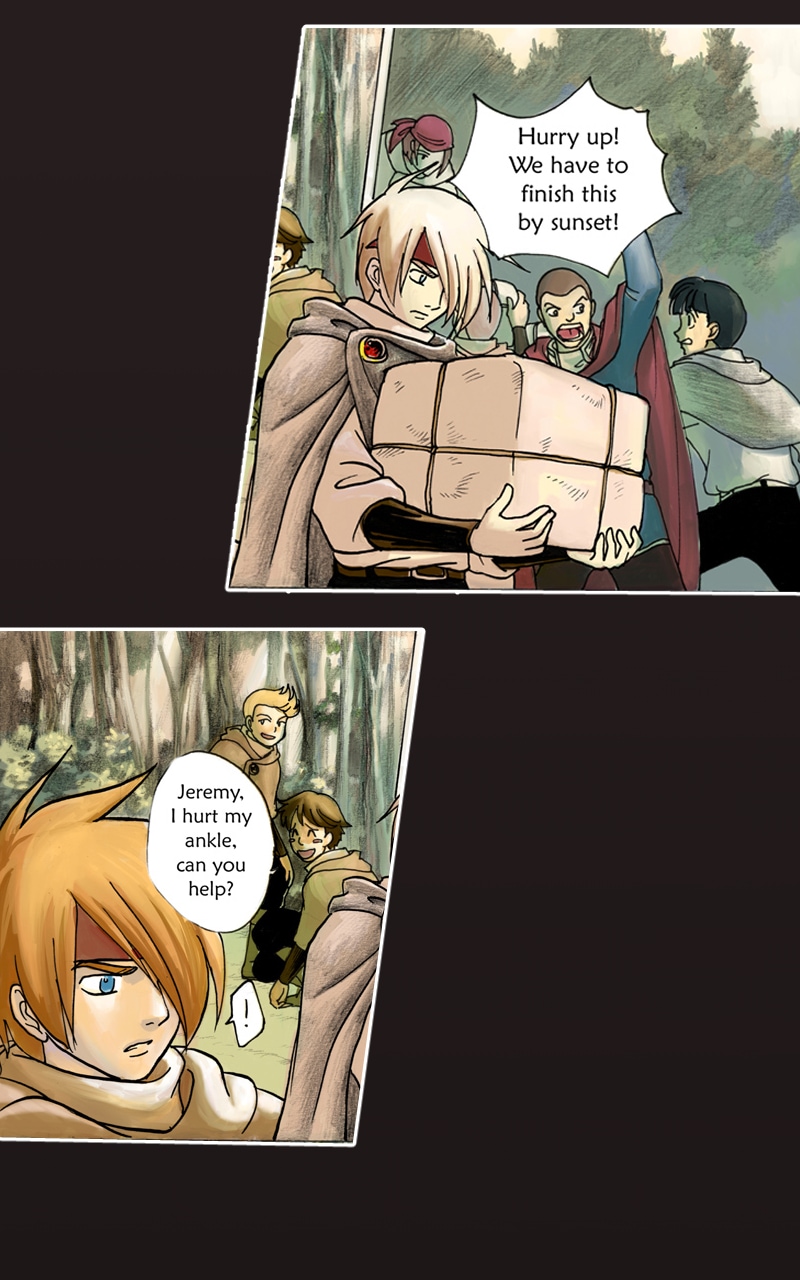 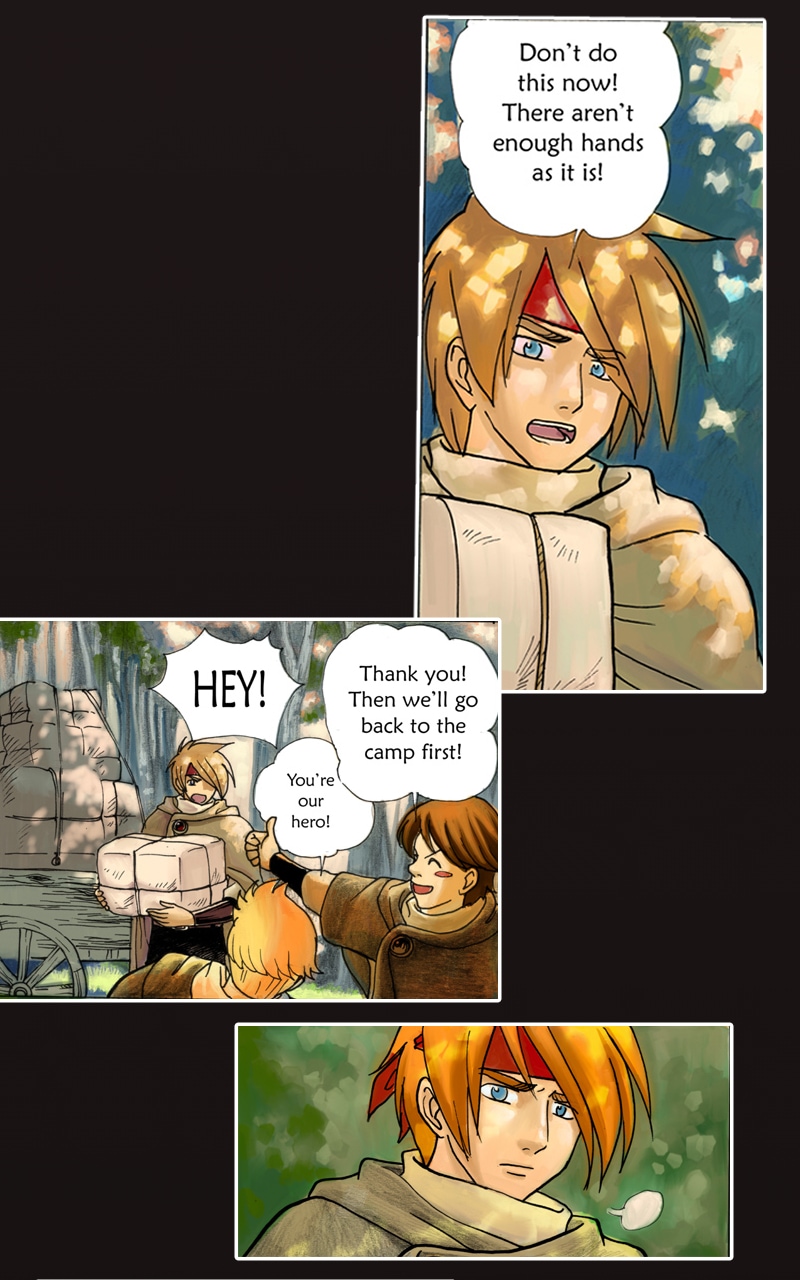 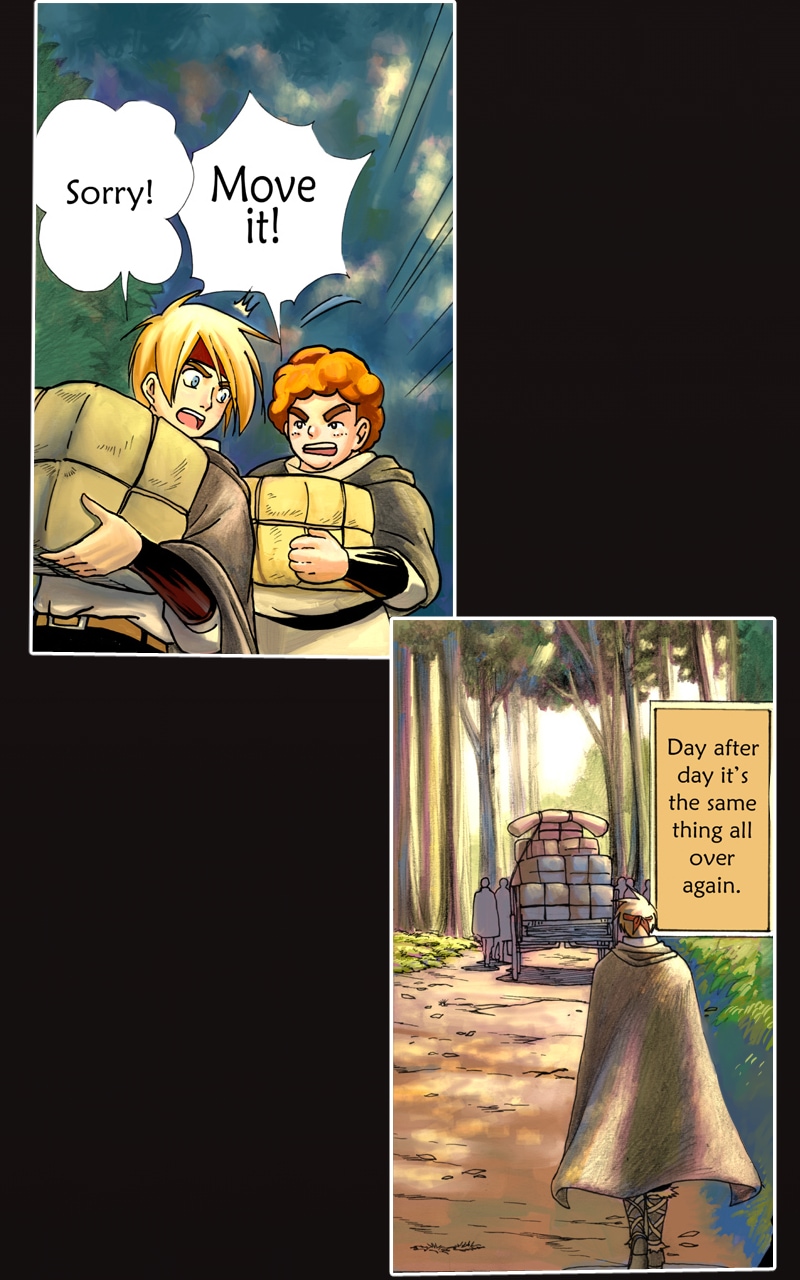 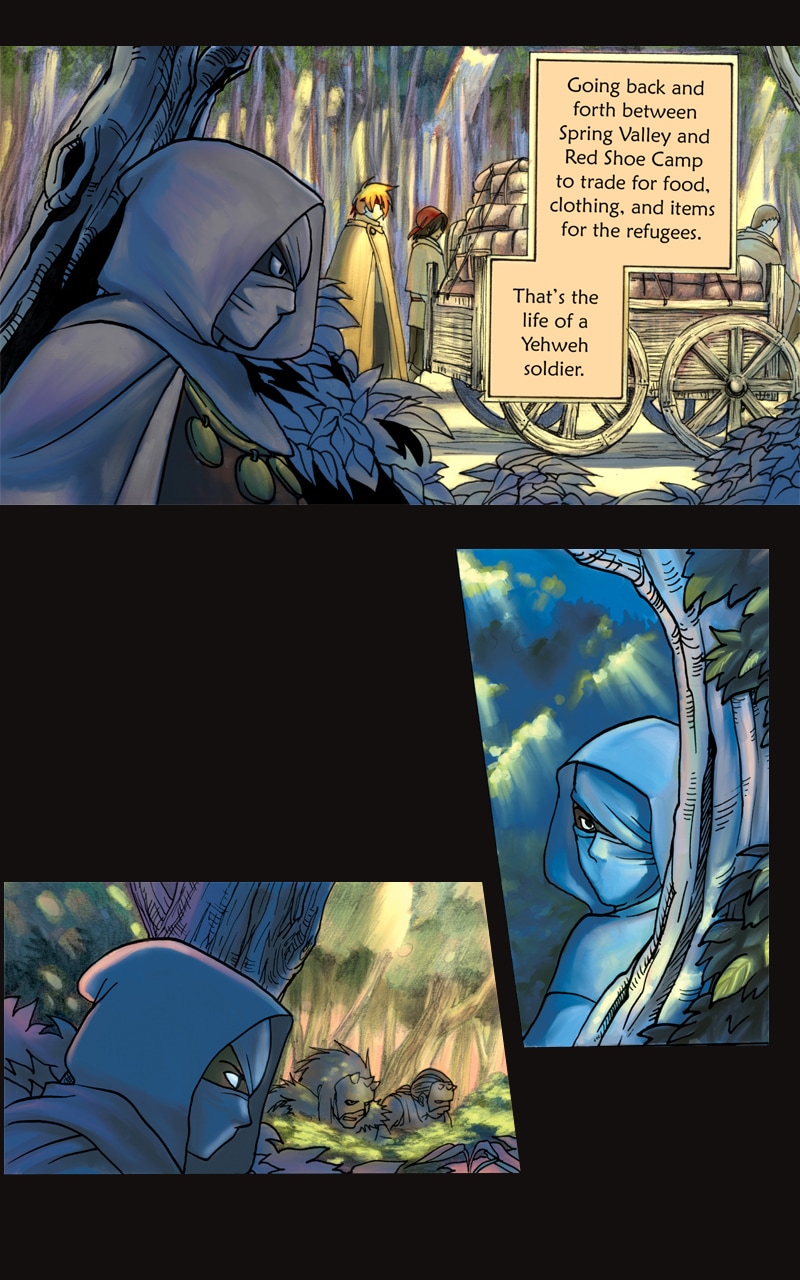 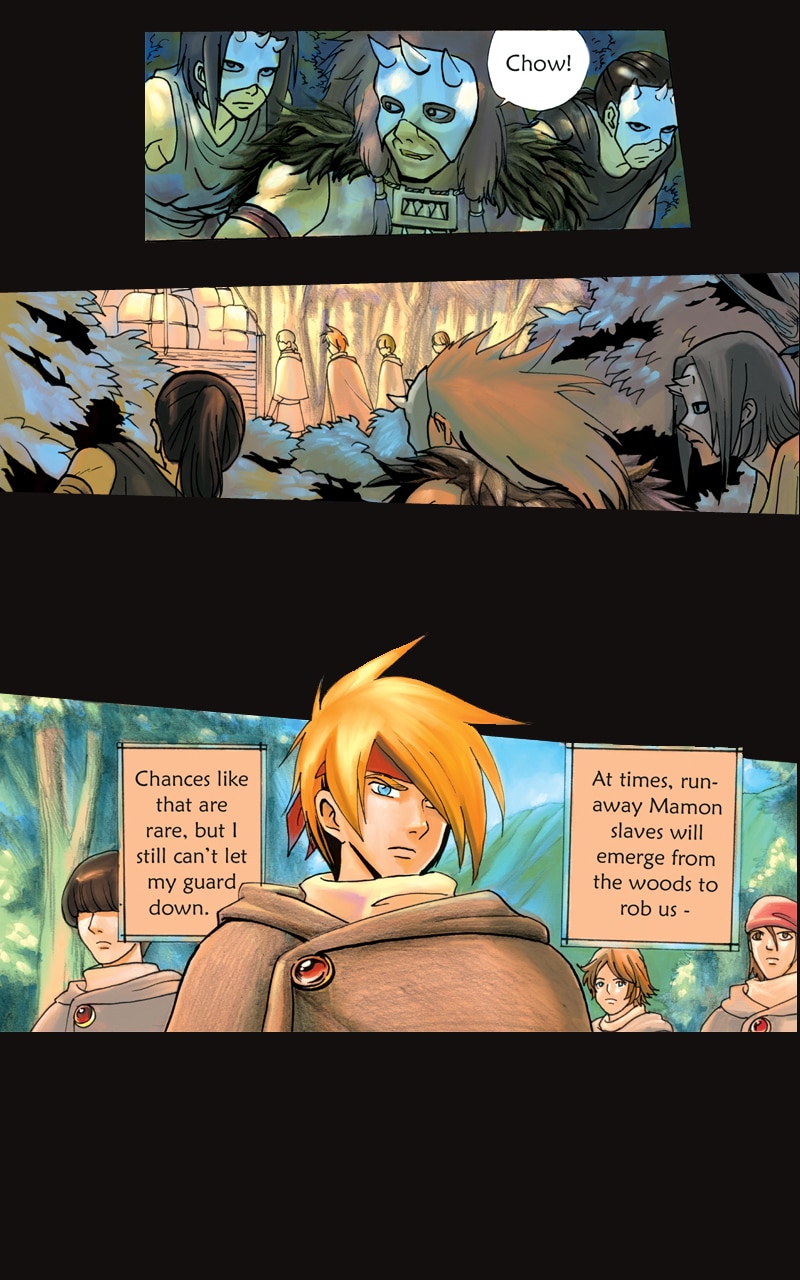 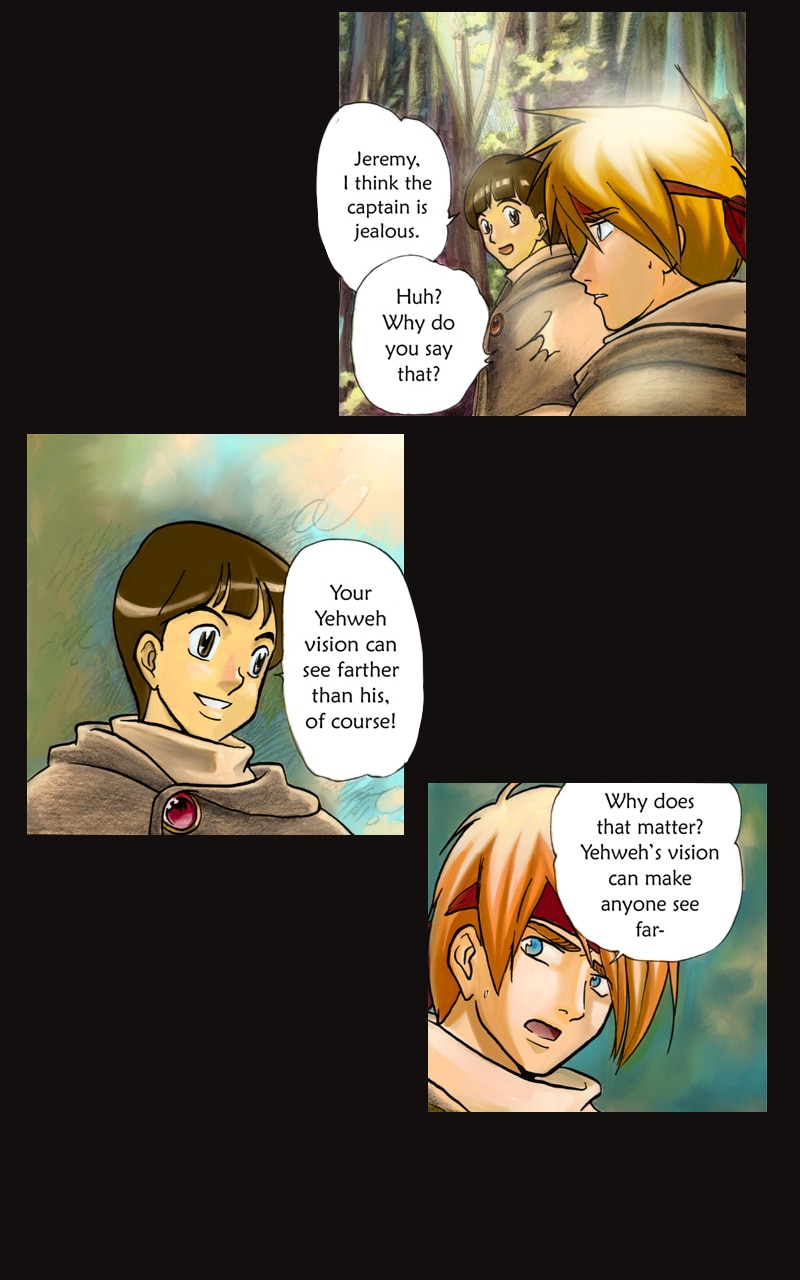 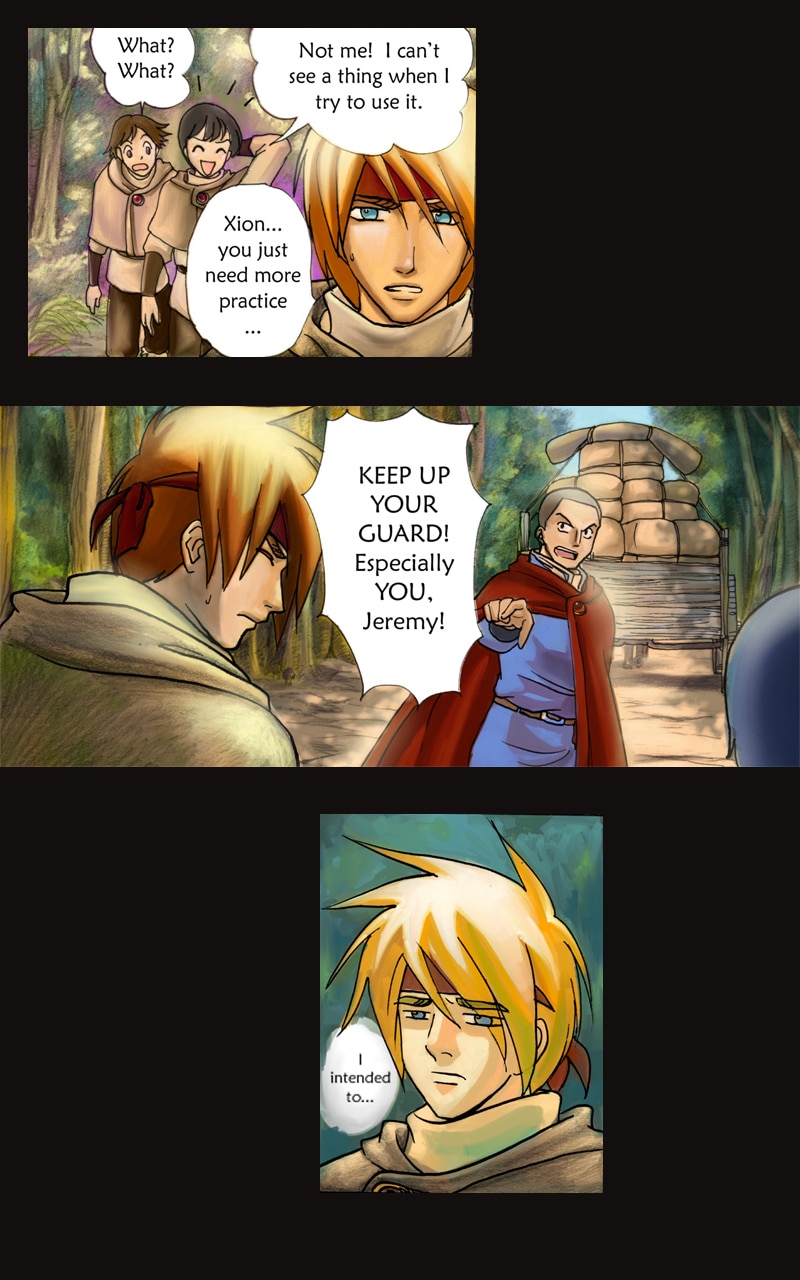 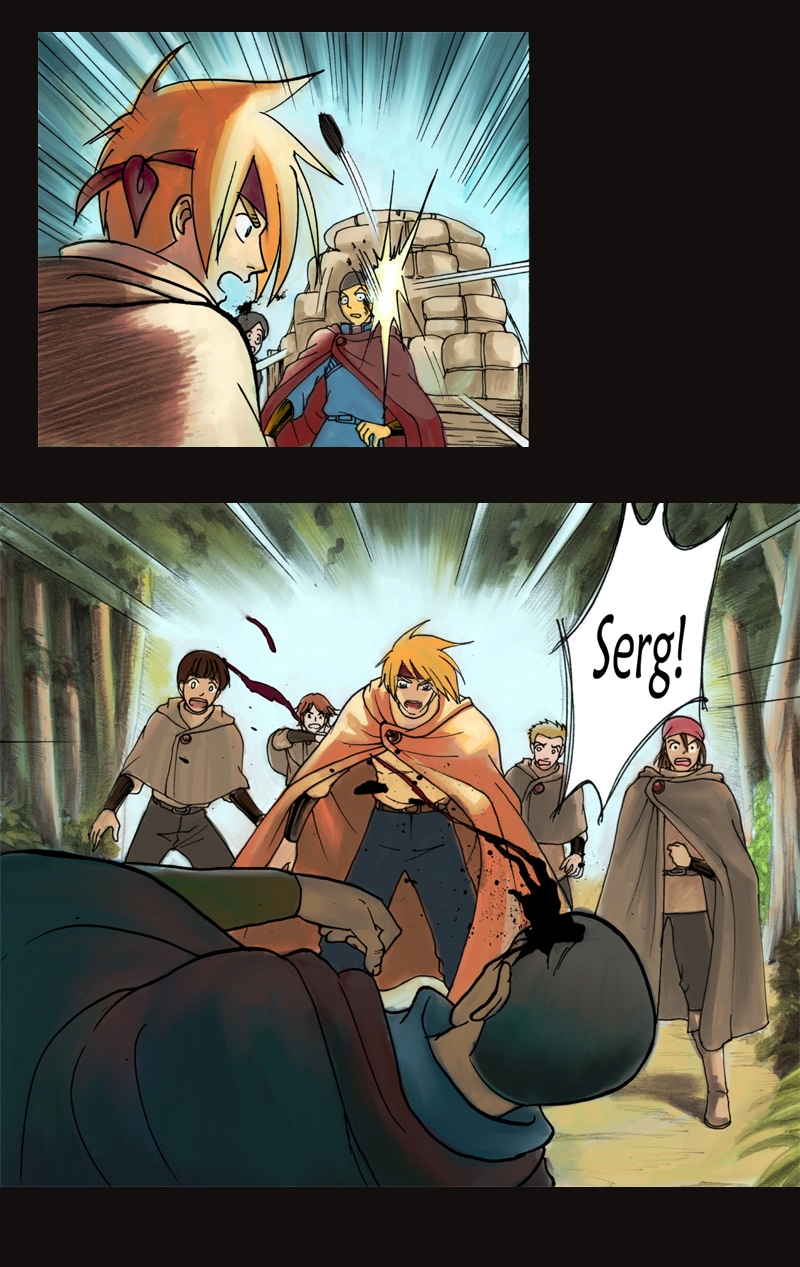 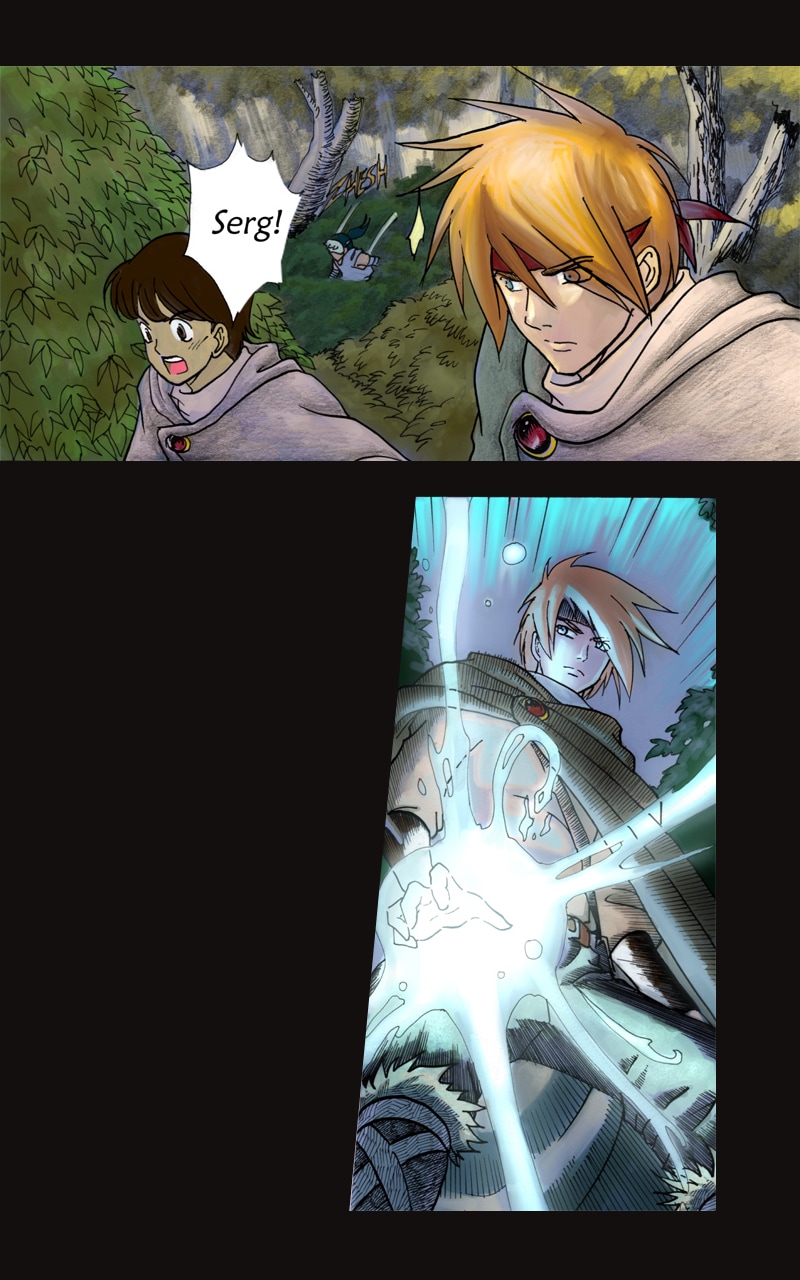 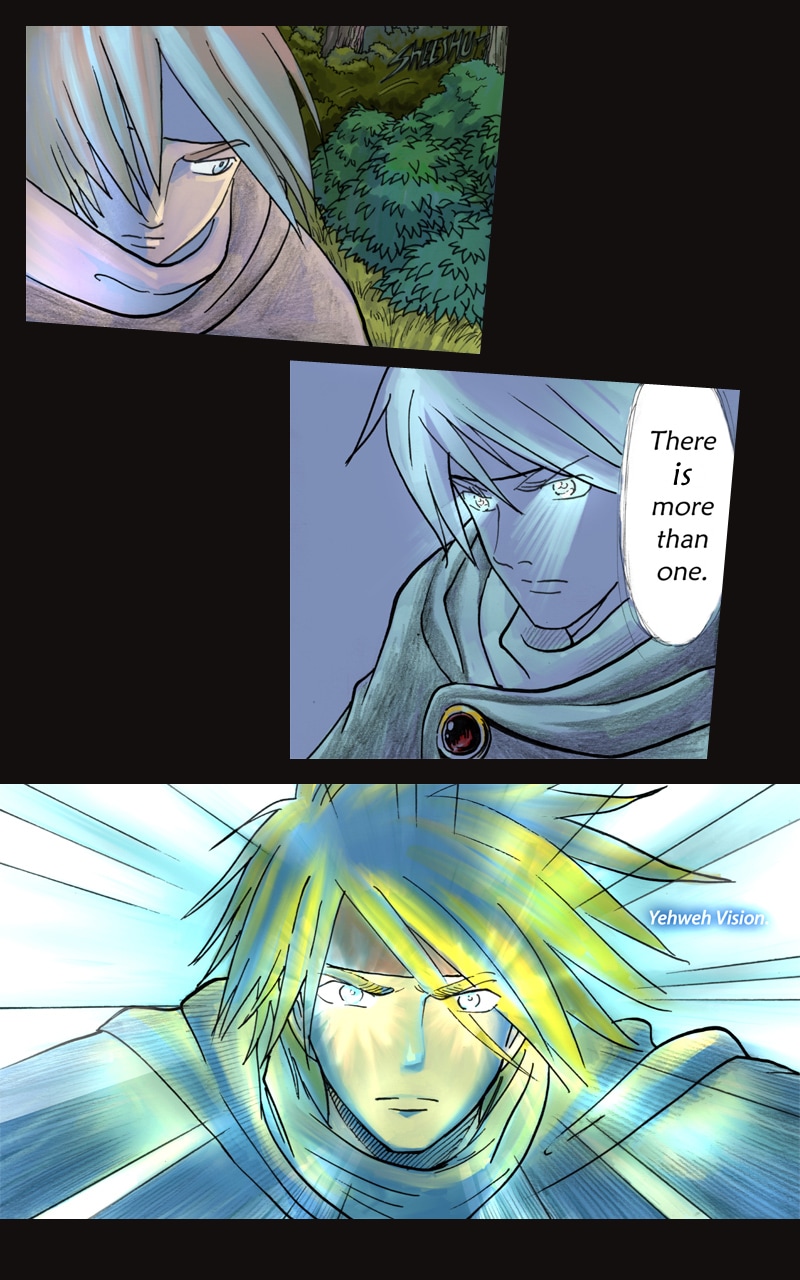 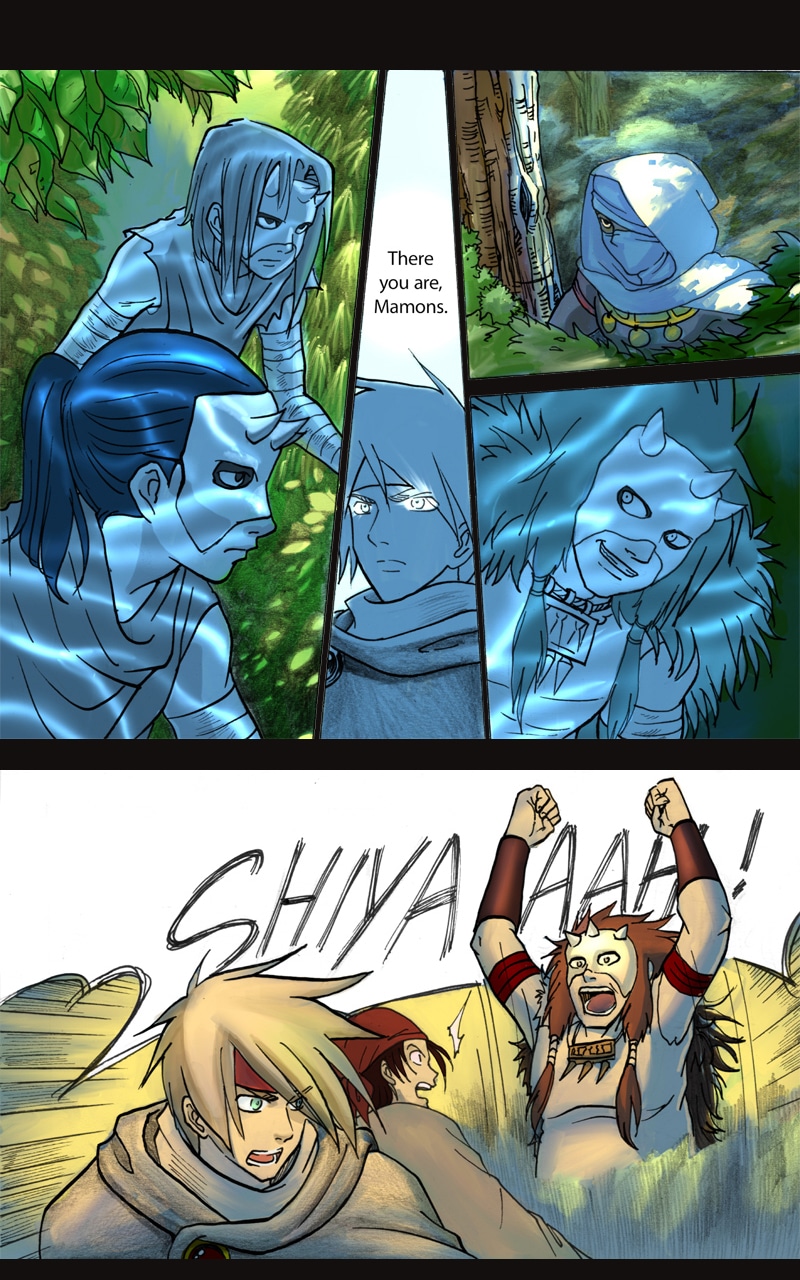 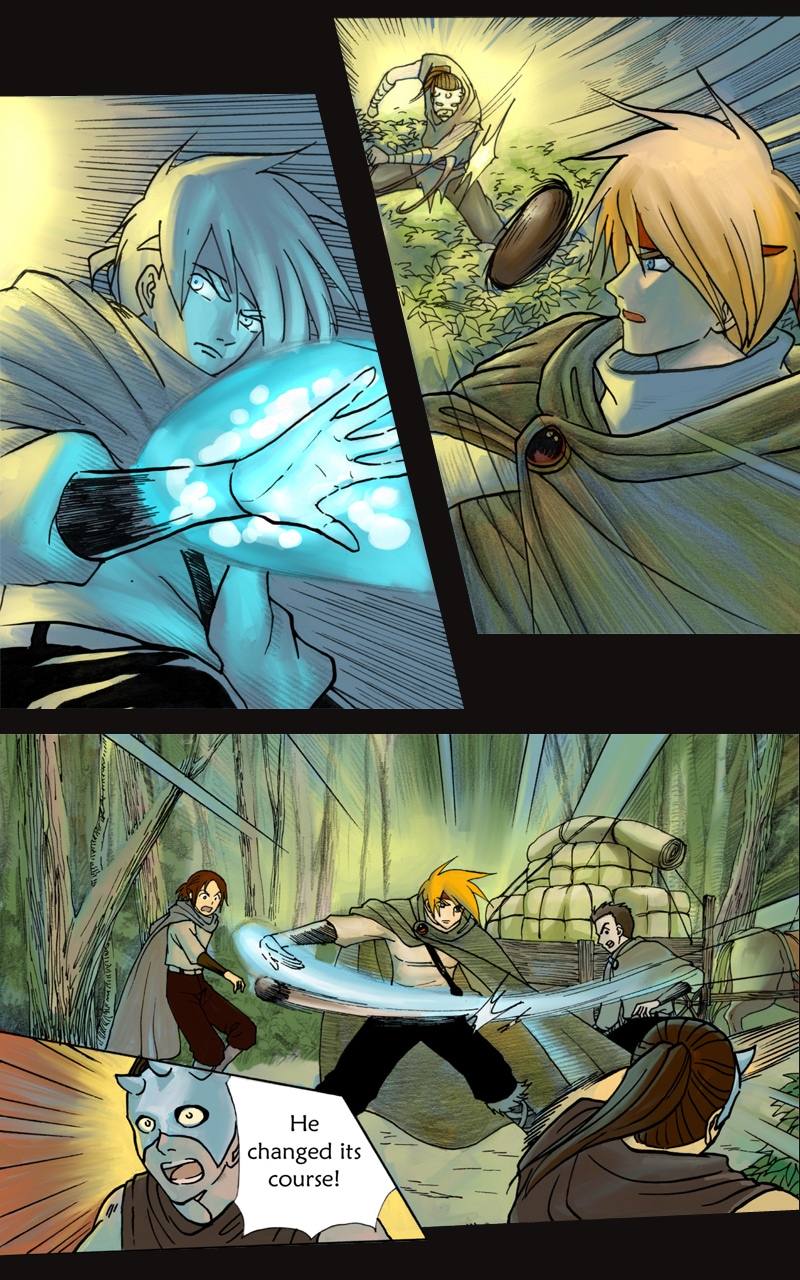 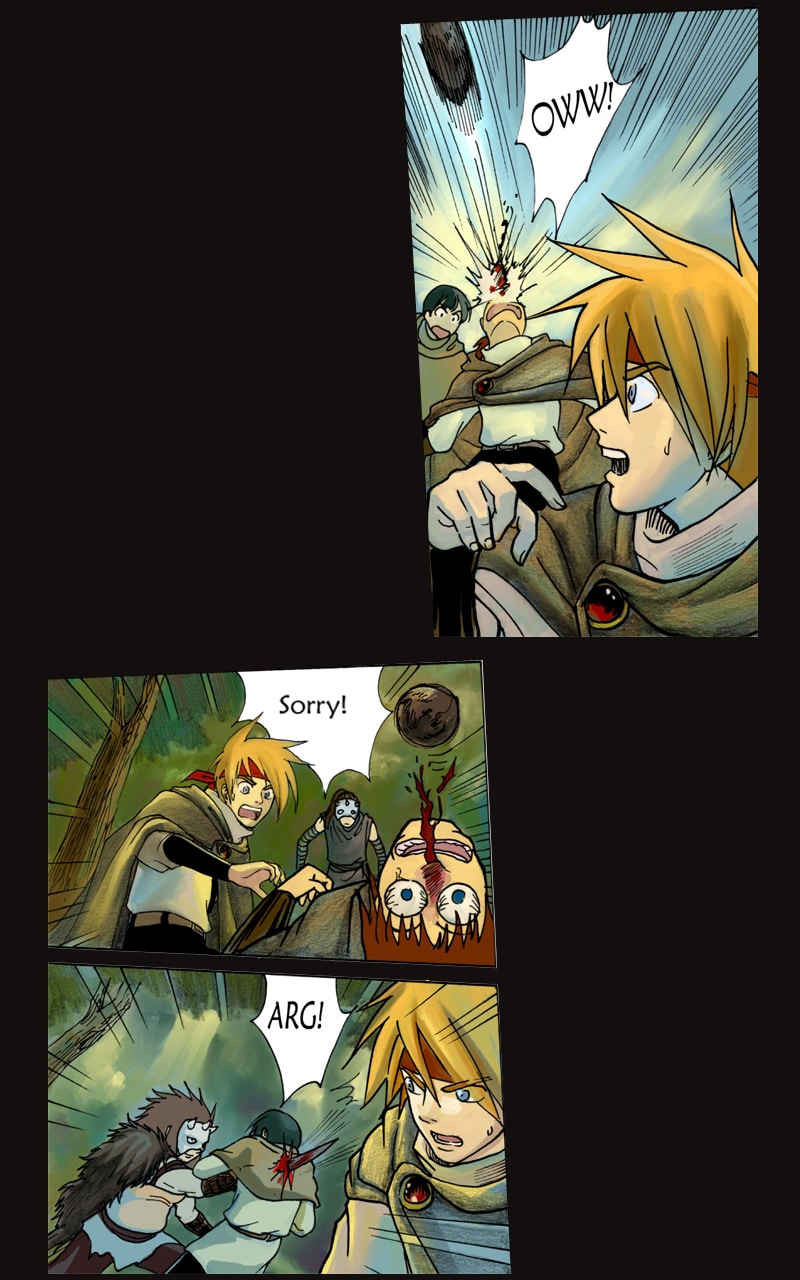 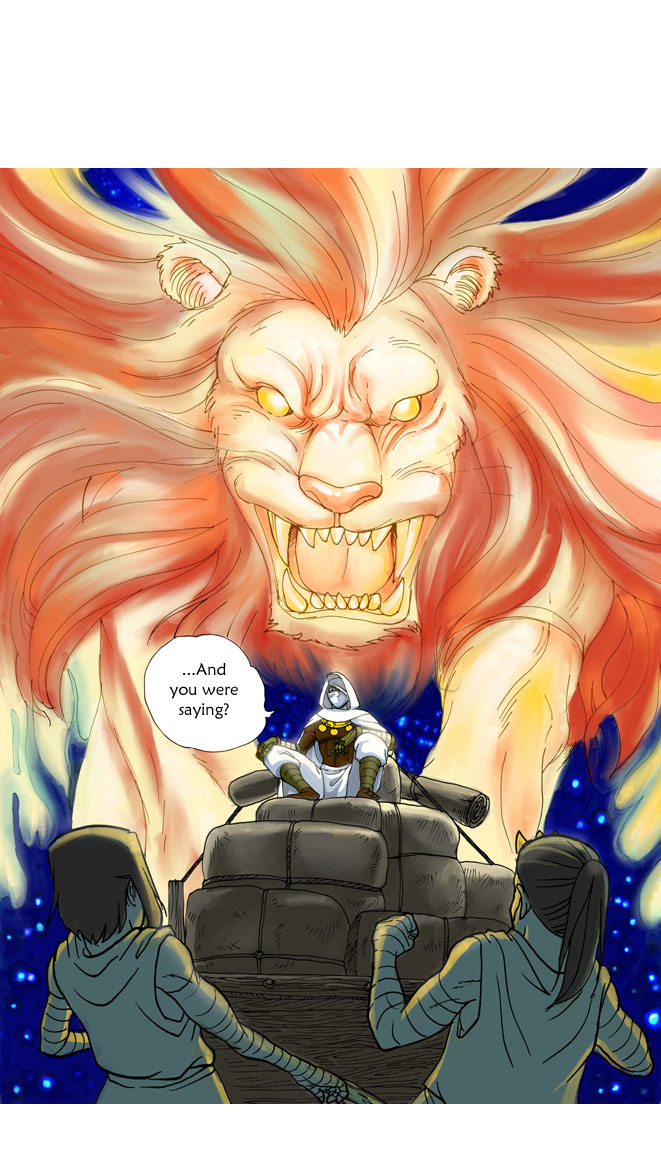 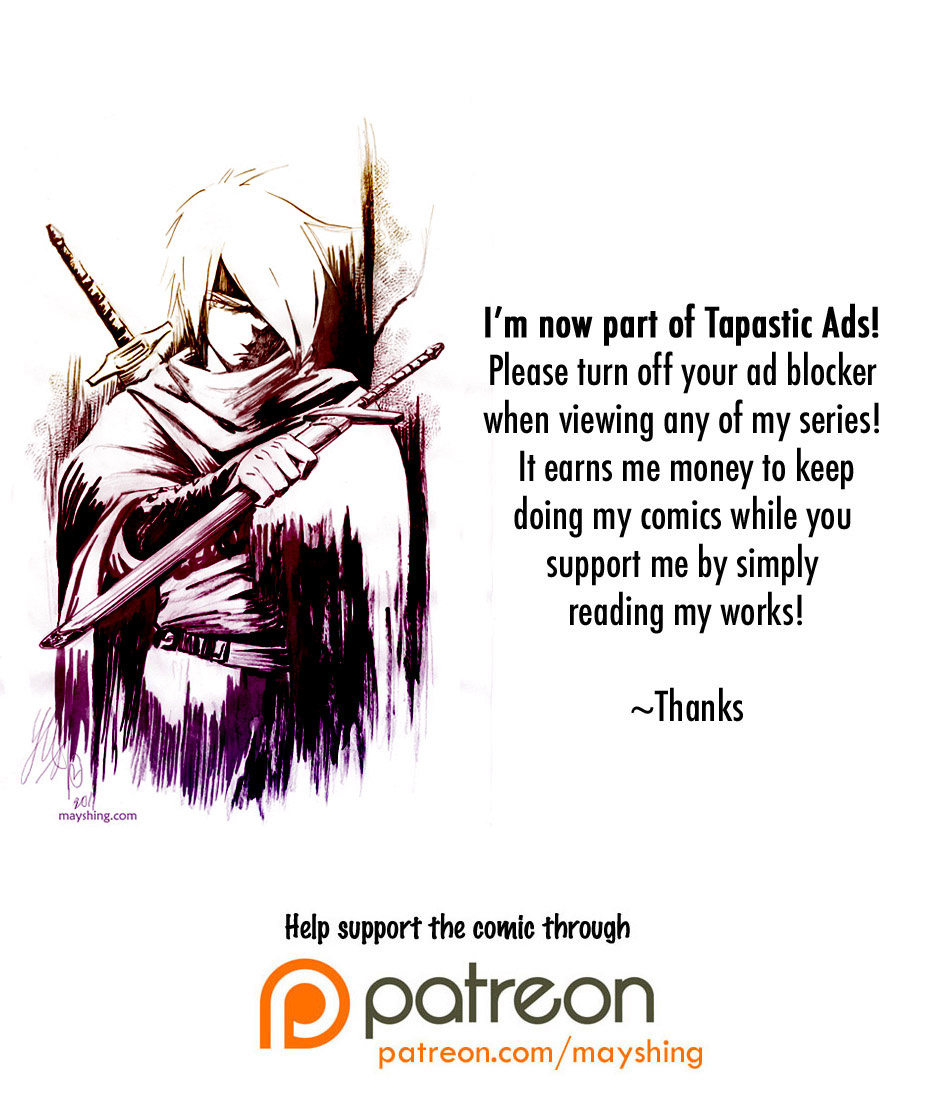 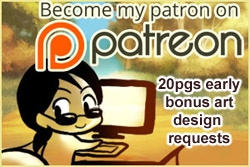 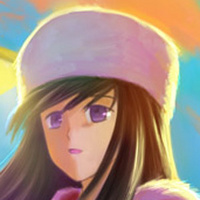 The world is split between two sides, Mamon and Yehweh who are in an unending conflict.... Unwelcome visitors from the Mamon side disrupts the peace of the Yehweh refugee camp as a fight breaks out. 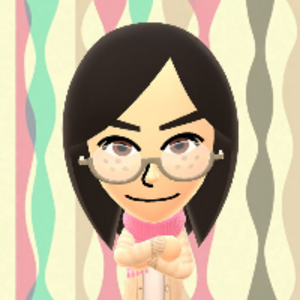 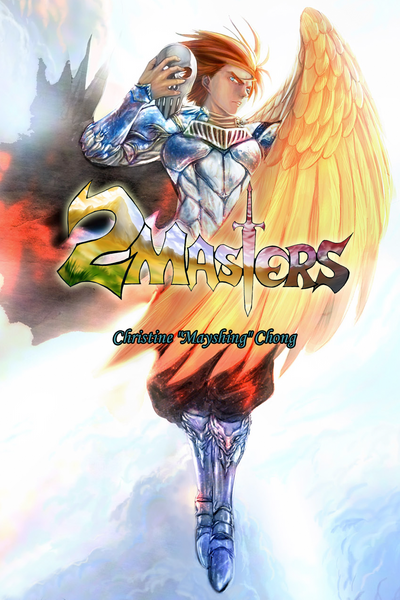 An endless war between two eternal polarizing masters, a human can be an angel or a demon, all it takes is a change of heart.

-----
Summary:
Follow the story of Jeremy, a Yehweh soldier trying to find his place in the world as his actions cause ripples that affect far more people than he thinks... The actions of one can have extensive and long lasting effects for others...
----
People struggle to live and fight inner battles as well as physical battles. See the perspective of Yehwehs and Mamons within this split world:
Jeremy is a Yehweh soldier trying to find his way in life as he is overshadowed by his family's legacy. Mosa is a wandering mysterious man who is unlike most Yehwehs but is no friend of the Mamons. Rose is a noble woman wishing to escape the chains of obligations and establish herself own her own. Randy is a farm boy wishing for a better life to protect those he loves. No journey is a smooth one.... 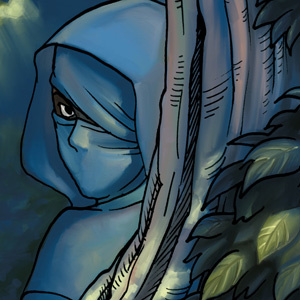