A Sweet Kiss for the Lonely Puppy

Nagisa pulled a picture out from her coat pocket and compared it to the building just in front of her, “Eugh,” She groaned, “This can’t be the right place…”

She wandered around the building, looking to find anyone else around, “Must be the wrong place… Nobody around,” She sighed, “Jeez, why is Lameanr so complex? I can’t find anything here!”

At that moment, someone tapped on her shoulder. Nagisa twirled around on her heel and was met by one of the most beautiful women she had ever seen.

“Hello there,” The woman said, “Are you lost by any chance?”

“Uhm- Yes, actually, I was wondering where the Lameanr Military Academy is!” Nagisa said, “I’ve just enrolled this past semester, so I’m confused on where it is!”

“Ah, you’re a student, are you?” The woman asked, “I know where it is, I’ll take you there myself,” She said, motioning for Nagisa to follow her.

“Right!” Nagisa followed along, “Oh! I didn’t introduce myself before- I’m Sakuragi Nagisa! I enrolled as a Warrant Officer Third Class!”

“Is that so?” The woman replied, “You’ve got to be quite smart then, to get a test score qualifying you for that,”

“Yeah, the entrance exam was super hard- but I did pretty well! I’m the first daughter of my family after all, so I gotta do well!”

The woman giggled, “Well, I’m Hanazono Amane,” She introduced herself, “Actually,” She said, stopping in front of the Academy, “I’m also enrolled here, I am Lieutenant Hanazono Amane, it’s nice to meet you, Warrant Officer Sakuragi, I hope we’ll get to see each other more in the near future,” She said, then promptly entering the Academy.

“I am Warrant Officer Third Class, Sakuragi Nagisa of the Women’s Nursing Corps. I am fifteen years old and enrolled in the Lameanr Military Academy to gain my commission in the Ikarian Royal Army! I hope to become an Officer of the Nursing Corps!” Nagisa exclaimed, finally introducing herself to her class.

The class clapped as she finished introducing herself and then promptly sat back down at her desk.

Nagisa poked at her food and looked around, she was doing a little people watching before being interrupted.

“Excuse me, is this seat taken?” Someone asked.

Nagisa looked over and her heart instantly skipped a beat, it was Lieutenant Hanazono! Nagisa quickly stood and saluted her, “Hello, Ma’am!”

Hanazono giggled, returned Nagisa’s salute, and sat down, “No need for all that, I’m far from the highest rank here, and this is a casual setting, no need for such formalities, though your insistence on doing so is quite endearing,”

“Ah, Lieutenant Hanazono, thank you for this morning, I wouldn’t have made it to class on time if it weren’t for you,” Nagisa said.

“Is that so? I’m sure you would’ve figured it out sooner or later, you seem smart enough- plus you were in the right area anyway,” Hanazono replied, “Regardless, what are your plans for the Academy? What do you want to do afterwards?”

“I want to become an officer in the Nursing Corps! Previously I was a Grenadier in the Women’s Nursing Corps!” Nagisa exclaimed, “I learned a lot of stuff from then!”

“Ah, is that so?” Hanazono said, “You know, all the medical fields in the army are a bit saturated at the moment, I’d recommend something like Cavalry or Artillery, something that are in need of more manpower,”

“Well, I’m not really one for anything like that- Artillery scares me, and I don’t think I’m suited for a Cavalry Division,”

Hanazono shrugged, “If you say so, I only say that because if the medical field is something you want to go into, you’ll have to work harder- Even having been in the Women’s Nursing Corps previously, there’s no guarantee you’ll be able to get into the Nursing Corps as an Officer after the Academy,”

“I see… What do you want to do after the Academy, Ma’am?” Nagisa asked, “We’re talking a lot about me, but I still don’t know anything about you,”

“Oh, me? I’m planning to go into either the Army Air Force or the Armored Corps, I haven’t quite decided yet- Though I am a third year, so I need to get on that soon…”

“I see!” Nagisa nodded along, “I think the Army Air Force would be pretty interesting to join! I’d join that if I wasn’t joining the Nursing Corps!”

“Ah, come to think of it, the Nursing Corps is headed by Lieutenant General Sanders, isn’t it?” Hanazono asked.

“Yes!” Nagisa yelled out before noticing she had attracted the attention of many of her peers and brought her voice down a few decibels, “Lieutenant General Sanders is amazing, I think the way she’s been delegating and handling the Nursing Corps is amazing!”

“You sure are excited about that,” Hanazono said, “Well anyway…” She leaned back in her chair, “The Army Air Force wouldn’t be too terrible to join- Most of the pilots are commissioned anyway- Either commissioned or Warrant Officers like you,”

“Ah- Lieutenant, may I ask a bit of a personal question?” Nagisa asked.

“Sure, I’m pretty much an open book anyway,”

“How old are you? You seem so mature and you’re a much higher rank than me, so I’m just guessing you’re like- At least twenty!” Nagisa explained.

Hanazono chuckled and leaned forward, “Truth is- I’m only seventeen, I entered the Academy as a Warrant Officer First Class and got my commission the same year, believe it or not,” Hanazono responded.

“Really?! Wow! I thought you were much older, but you’re only two years older than me! That’s really surprising!”

Hanazono smirked, “Is that so? I guess I just give off an aura of an older woman,”

Nagisa heaved a sigh and relaxed in her seat, “I’m just kinda relieved, when I first met you, I just thought ‘Wow, this cool, older woman just acknowledged my existence!’ and I got a bit flustered, but I’m fine now!”

Hanazono nodded along, “Is that so?” She murmured, “Well, anyway, when is your next class? This is about the time most people head back to their dormitory,”

“Ah-” Nagisa started, “I actually still don’t know where my dormitory is!”

“Mm, no worries, I’ll bring you to the Housing Department, they’ll tell you,” 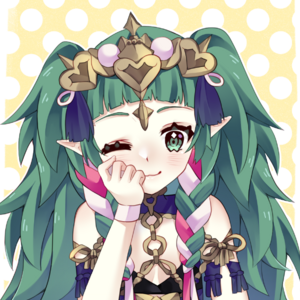 "I am Warrant Officer Third Class, Sakuragi Nagisa of the Women’s Nursing Corps. I am fifteen years old and enrolled in the Lameanr Military Academy to gain my commission in the Ikarian Royal Army!"

It is Sakuragi Nagisa's first day at the Lameanr Military Academy, and although she's a bit of an airhead, she still works hard in class, and has above-average test scores!

when will this be updated? 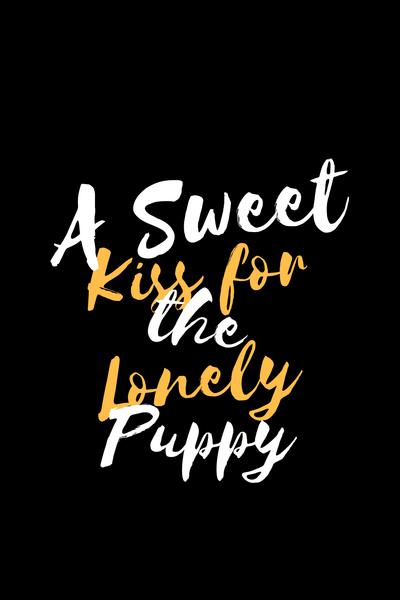 A Sweet Kiss for the Lonely Puppy

Nagisa is a first-year student at the Lameanr Military Academy, hoping to become an Officer of the Ikarian Royal Army. However, things get off to a rocky start when she gets a bit lost in the city! However, due to the help of the kind Lieutenant Hanazono Amane, she gets to class on time!

Is it a puppy love or the start of something serious? Follow the continuing misadventures of Sakuragi Nagisa and her new idol, Hanazono Amane!
Subscribe 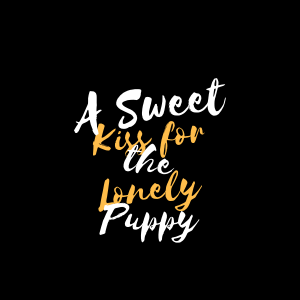