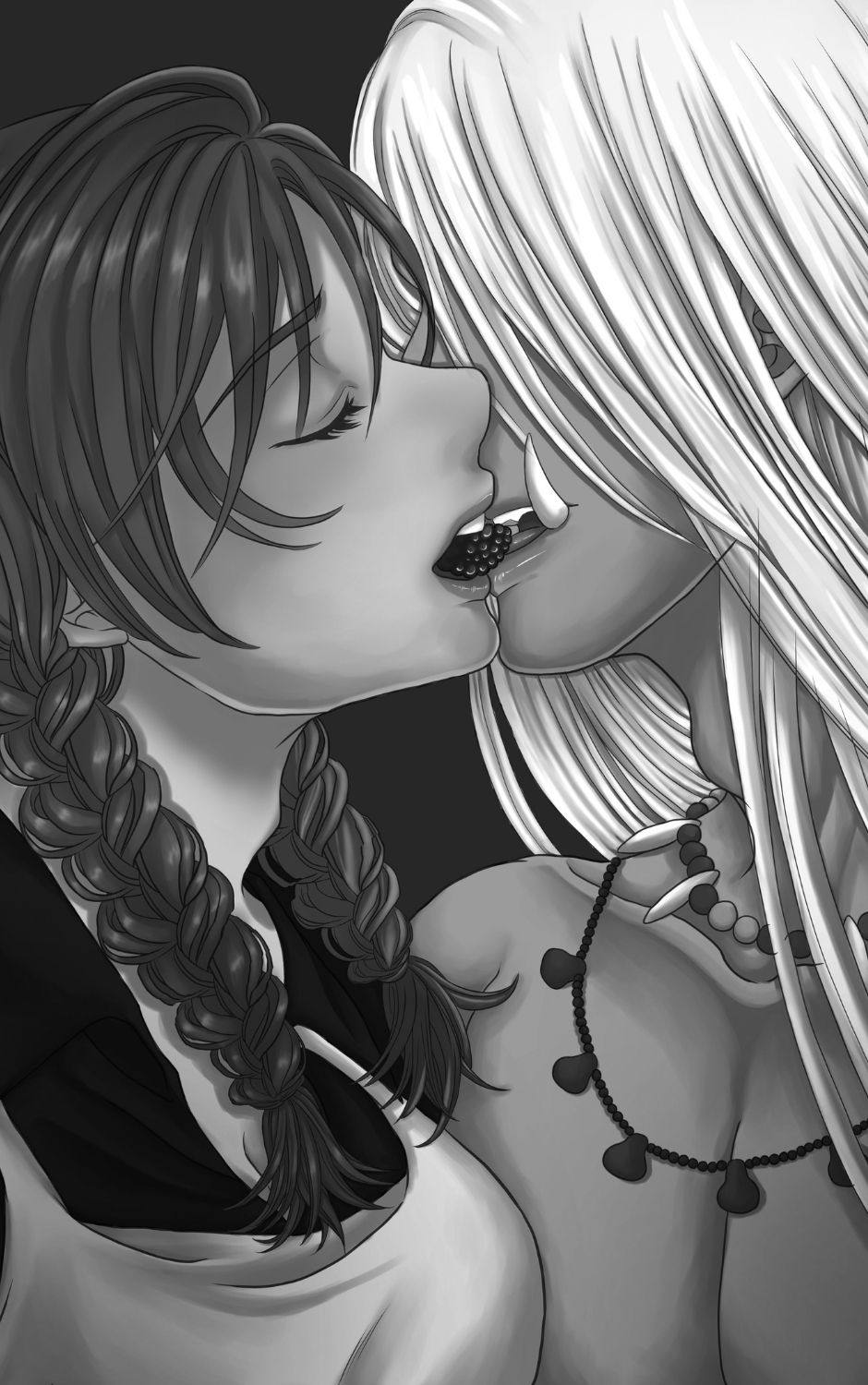 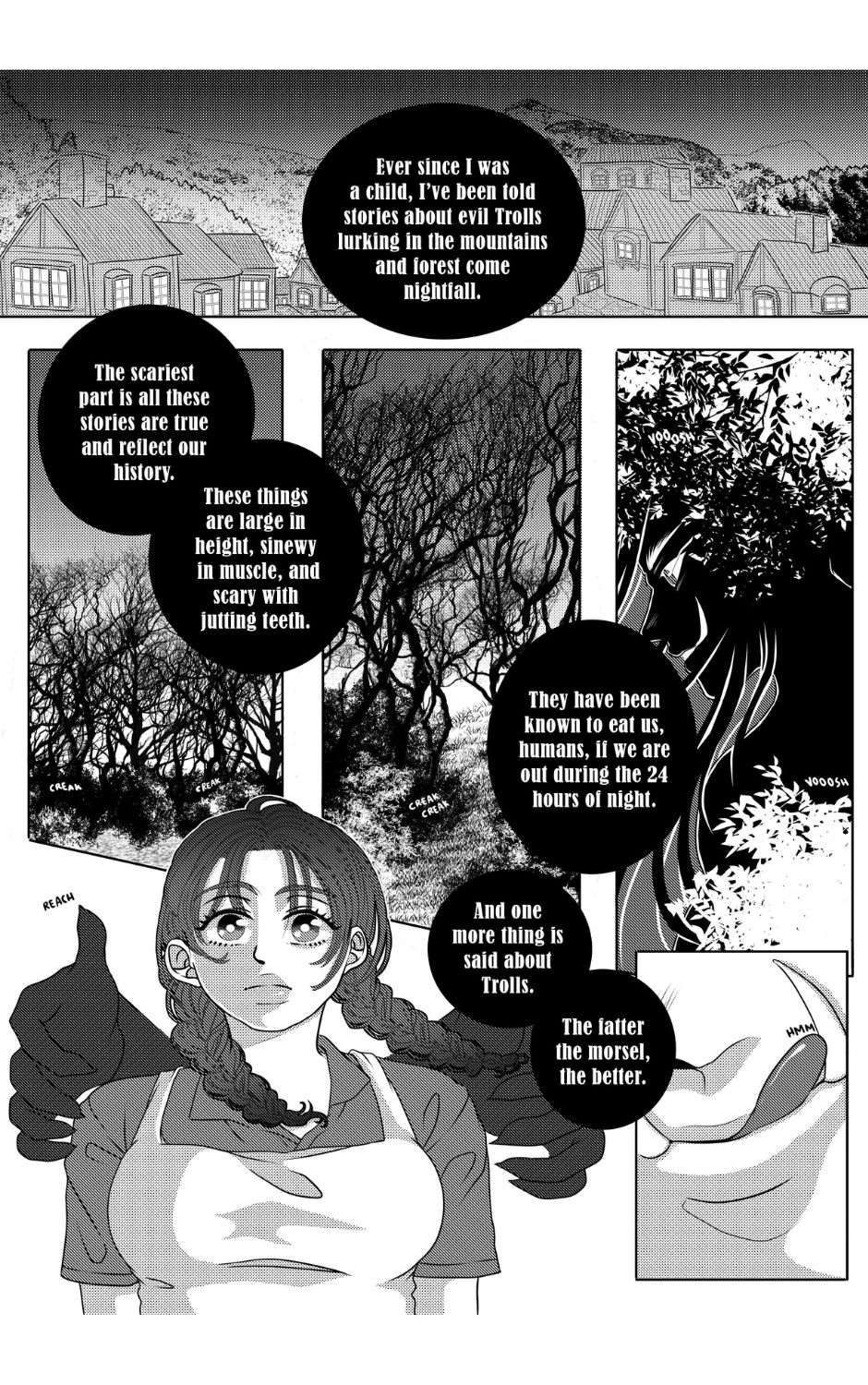 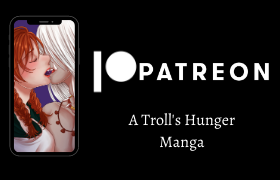 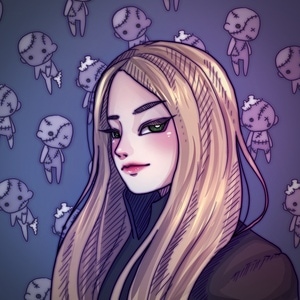 Hi there! Hope you enjoyed the first page to A Troll's Hunger!

If you're new, I have listed the novel version of the A Troll's Hunger here: https://tapas.io/series/A-Trolls-Hunger

You can also help to support the novel/manga by clicking the ad above and joining my Patreon! 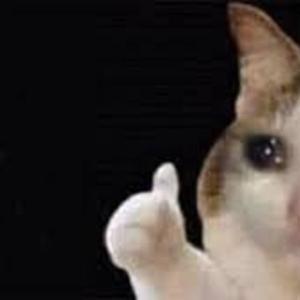 I'm reading your novel for this currently. I'm so glad you are adapting it into a manga! ❤️ 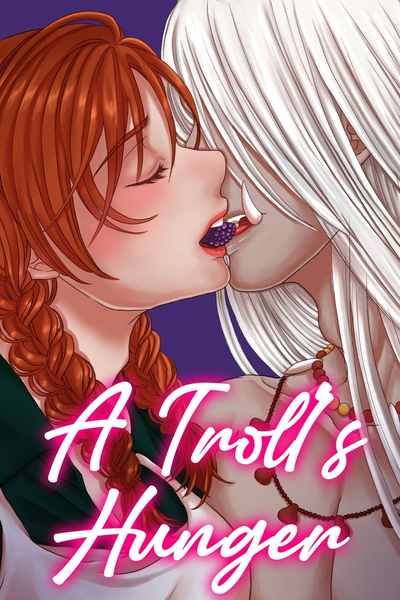 Journee is a young woman from a small village and unexpectedly and most unfortunately she finds herself outside past curfew. Frightened and scared she knows time is against her. The sun won't be back for another 24 hours and it is already dusk.

Though the dark isn't what scares her, it is what comes with it. Trolls and other beastly creatures called Night Dwellers. They are just beginning to wake up and prowl. And they are hungry, it has been a long while since they had a human female like her, plump and soft.

She attempts to escape their claws and teeth but she ends up prey for a Troll from the Snowfire Tribe and it is his people who murdered her parents.

Will she be eaten, killed, or spared by the mysterious and bad-tempered Troll? And if he spares her what else does he want from her? 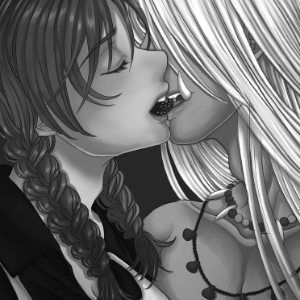