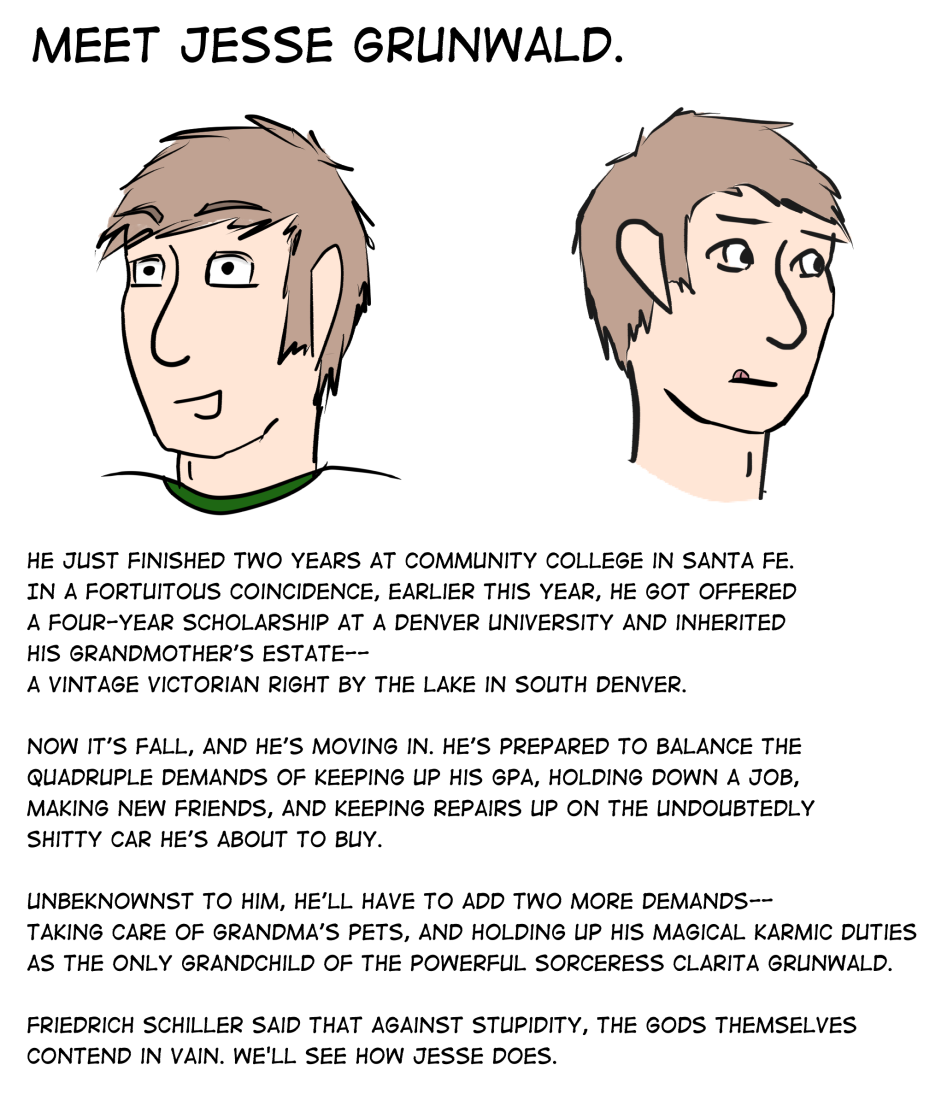 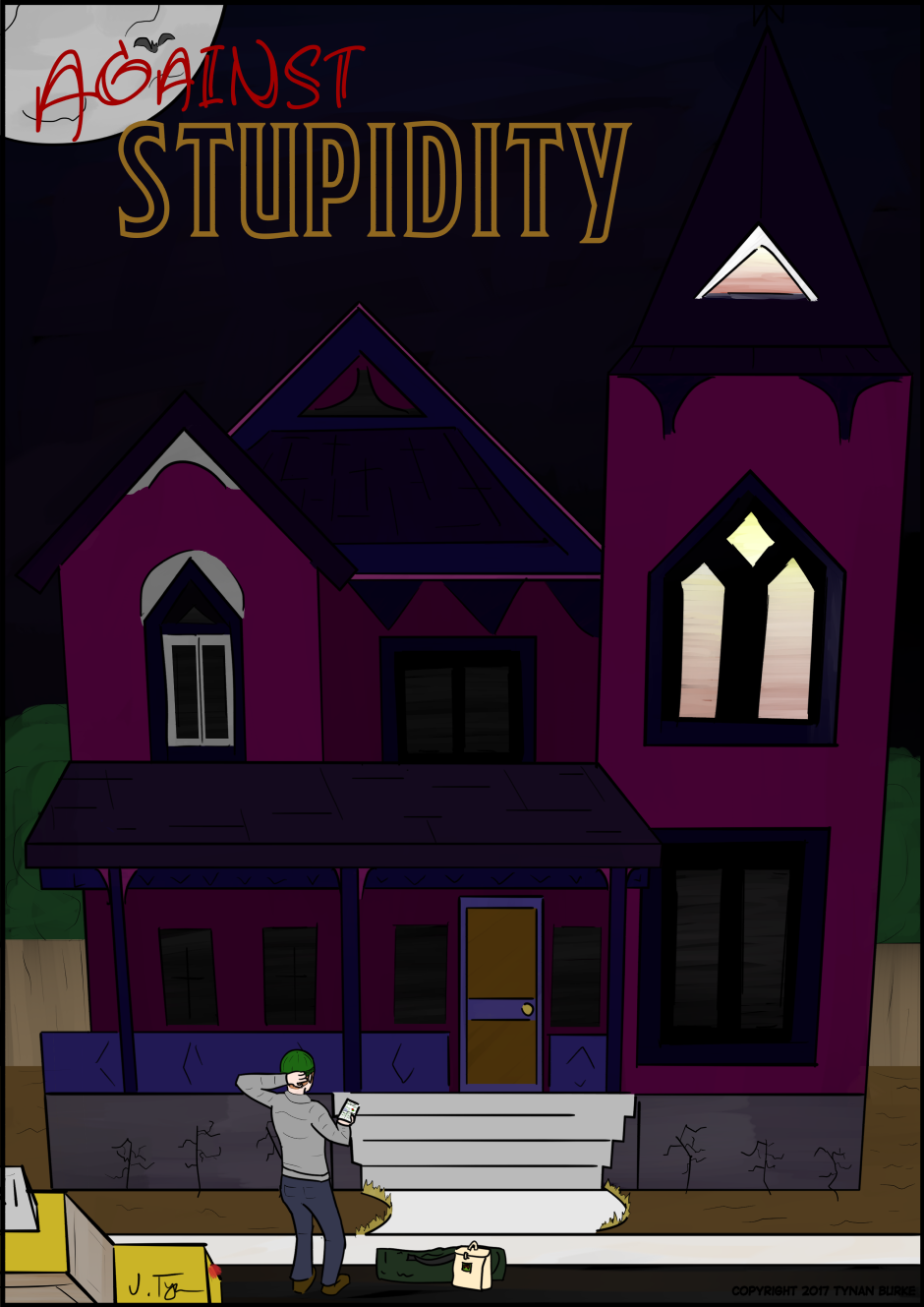 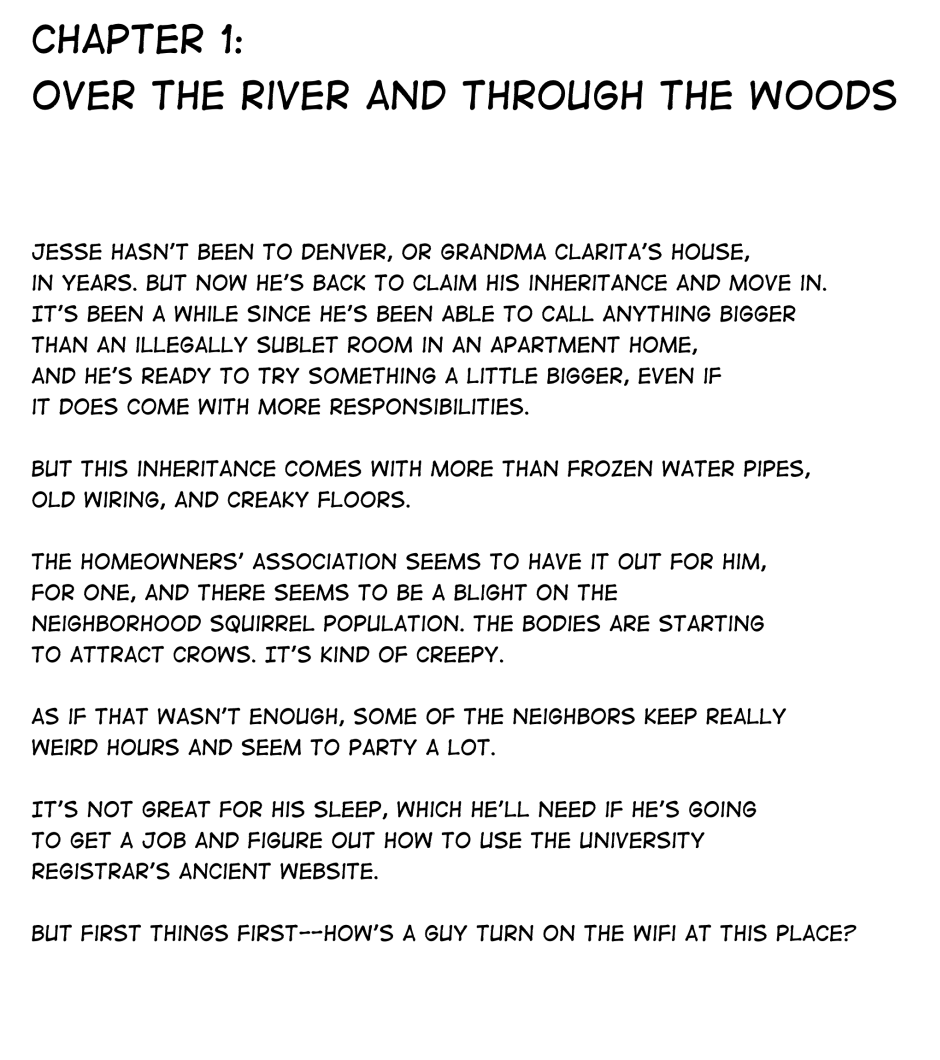 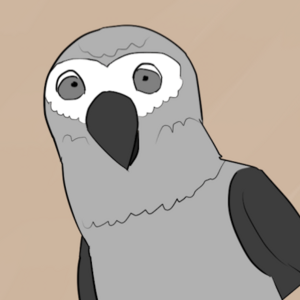 CHAPTER 1: OVER THE RIVER AND THROUGH THE WOODS

Jesse hasn’t been to Denver, or Grandma Clarita’s house, in years. But now he’s back to claim his inheritance and move in. It’s been a while since he’s been able to call anything bigger than an illegally sublet room in an apartment home, and he’s ready to try something a little bigger, even if it does come with more responsibilities. But this inheritance comes with more than frozen water pipes, old wiring, and creaky floors. The Homeowners’ Association seems to have it out for him, for one, and there seems to be a blight on the neighborhood squirrel population. The bodies are starting to attract crows. It’s kind of creepy.

As if that wasn’t enough, some of the neighbors keep really weird hours and seem to party a lot. It’s not great for his sleep, which he’ll need if he’s going to get a job and figure out how to use the university registrar’s ancient website. But first things first–how’s a guy turn on the WiFi at this place? 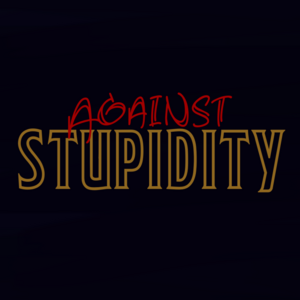 Jesse just finished two years at community college in Santa Fe. In a fortuitous coincidence, earlier this year, he got offered a four-year scholarship at a Denver university and inherited his grandmother’s estate–a vintage victorian right by the lake in south Denver. Now it’s fall, and he’s moving in. He’s prepared to balance the quadruple demands of keeping up his GPA, holding down a job, making new friends, and keeping repairs up on the undoubtedly shitty car he’s about to buy. Unbeknownst to him, he’ll have to add two more demands–taking care of grandma’s pets, and holding up his magical karmic duties as the only grandchild of the powerful sorceress Clarita Grunwald.

It’s said that against stupidity, the gods themselves contend in vain. We’ll see how Jesse does.

(Against Stupidity updates every Monday and some Saturdays.)
Subscribe 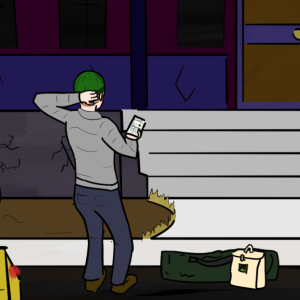