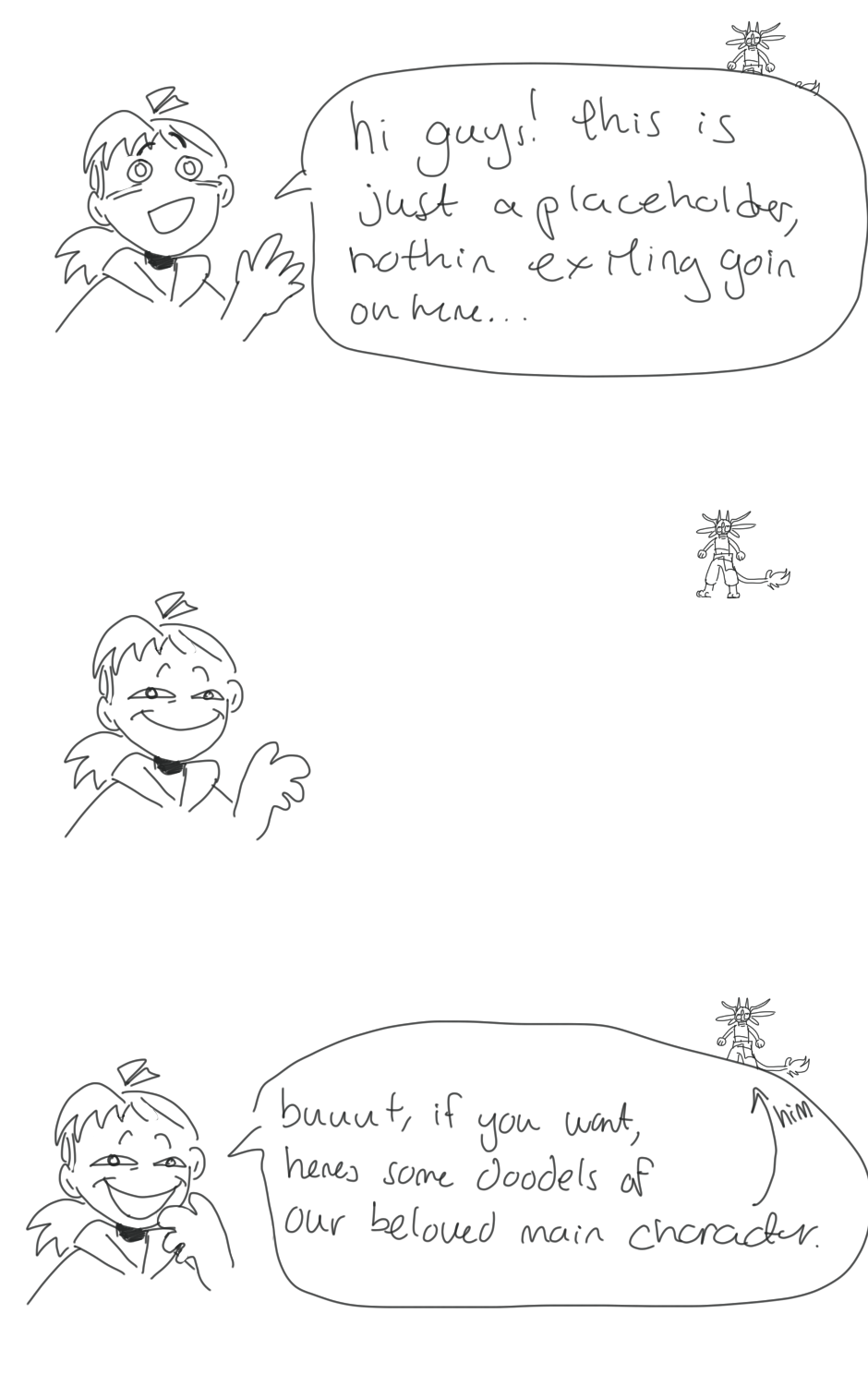 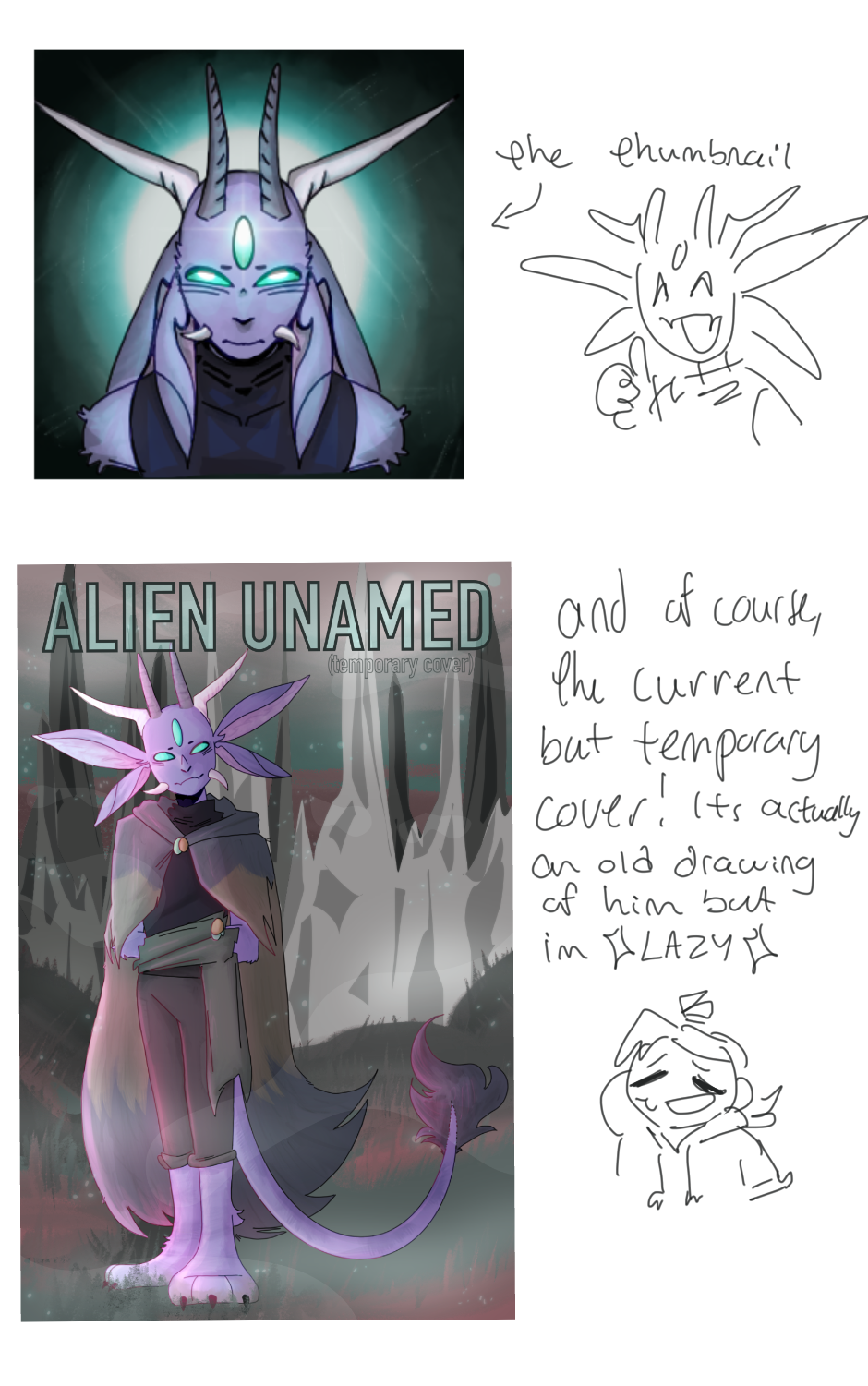 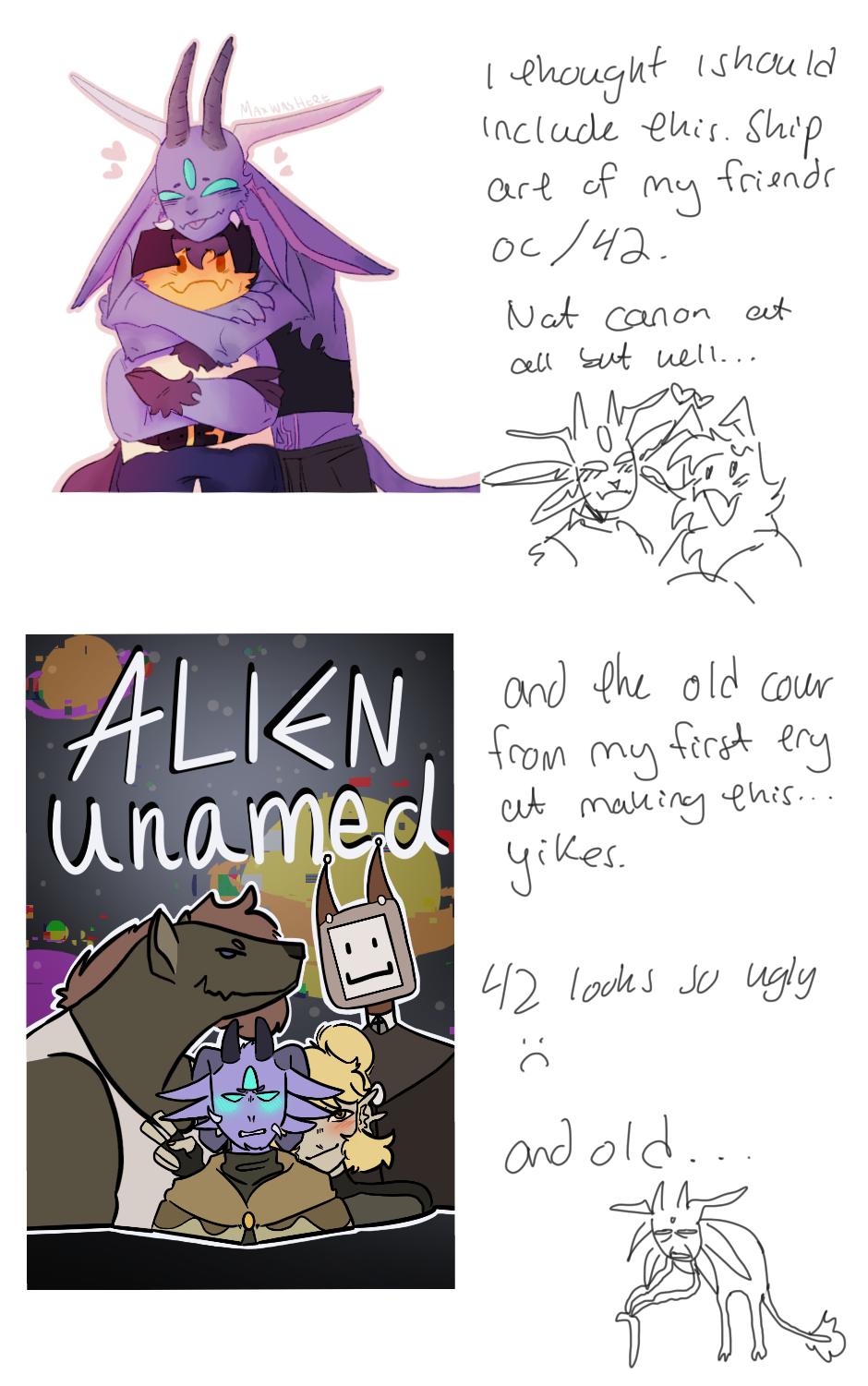 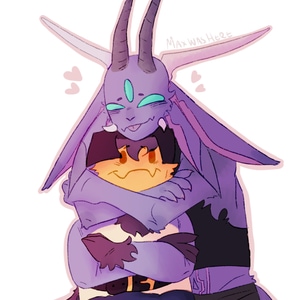 i dont know when the first chapter will be out, i’m kind of swamped with school and making other content on separate accounts, and me uploading this is really just for me to have it down and ready to go for when i do start uploading the chapters

if you DO recognize it (although i seriously doubt many if any of you will because i posted literally two chapters) you’ll see 42’s gone through one heck of a glow up. 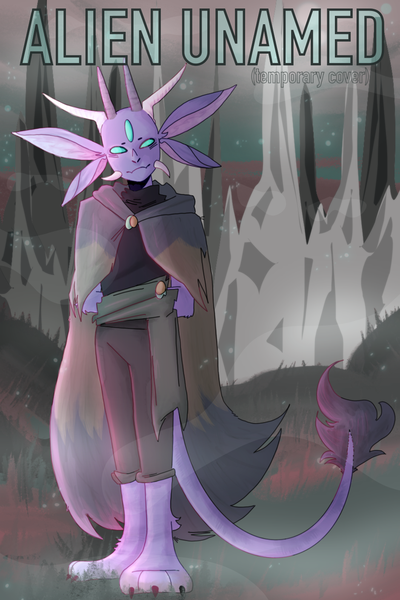 42’s lived his whole life in a floating space prison. Not as a prisoner, but as an “experiment”. He’s known nothing but that gross old cell he calls home. Until one day, the scientists he calls his family stick a rock in his head, allowing him to talk to his progenitor as a faulty mistake, who reveals the truth of his existence and helps him escape.

42 and his dad/brother/future him (?) now explore the universes while running from the cultish scientists and the law, meeting friends and enemies along the way.
Subscribe 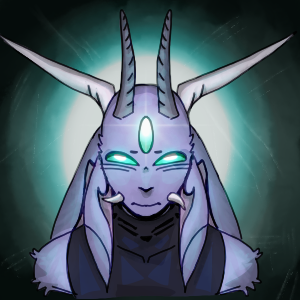