She said her name was Amber Firefly.

Of course, I never really believed that was her real name. I mean the one she was born with. But that’s not really important. People change names for many different reasons, especially these days. Sometimes for no reason. For some, it’s a fashion. And her hair color might have been called amber. What is important was that she was my therapist. I couldn't afford to be choosy. The central health system was paying the freight so they got to do the choosing. She wasn't even a degreed therapist.

And I’m not really Ishmael, either. I was born Edward McPherson and it had never occurred to me to change it. I just always wanted to tell a story that started that way.

On her desk there was a polished piece of amber, the shape and size of a bird egg, sitting on a silver base. Inside the amber was what might have been a firefly. A little, elongated beetle. When I first saw it, I'd wondered if there really were fireflies on the Earth that far back in time. I later found out that there were. They probably predated dinosaurs by a long way.

I wondered what it might have been like, getting caught, stuck, immobilized. Its prison gradually solidifying around it. Trapped inside something almost timeless. Embedded for unknown thousands or maybe millions of years. Traveling through Time at the speed of time but never changing. A time-traveler. I wondered if its light might have passed through the amber before its little ending came.

I said she wasn't degreed. That was true and I guess it was appropriate for my case. When resources got stretched thin enough, they got less picky about certifications. I was lucky. My problems ran to obsessions and anxieties instead of the more serious psychological problems that were plaguing so much of the population. The real shrinks were assigned the tough nut cases. That's not supposed to be a pun, by the way.

She was trained, and from what I could tell, competent. I'd been seeing her three times a week for weeks already. Still, she said it was too early to tell if she was going to do me any good. Of course, some of the people I'd seen before her were adamant that therapists couldn't do anything at all. They said they could only facilitate my mind healing itself. It was supposed to be empowering, that thought. But I always felt depressed by it. I wanted help, not a cheerleader.

It started getting out of hand near the end of the 20th century. Or was it early in the next? Hard to be sure, since it came gradually. More and more, people became anxiety-ridden, hopeless, less and less satisfied that the world was getting better or even headed in the right direction. Suicides were increasing. Fewer and fewer thought it was worth making children. More than half of the population eventually was on at least one kind of mood-altering medication. And that was just the prescription meds; every kind of self-medication was in use and no one knew for sure if they were helping more people than they actually made worse. The funny bit was when the known side effects, which few people paid much attention to, actually included making the very thing they treated worse. Yes, it really was that bad.

Sorry, I digress. I was telling you about me. Or about Amber Firefly. Or both of us. Well, mostly me because she was a mystery to me then and sometimes still is.

My line of engineering work had been declared nonessential during one of the big virus outbreaks and before long someone came up with machines to do most of it without people like me doing any of it at all.

For some people, that was great. But for some of us, and you know who you are, we’re defined by our work. Our work is to us like an artist’s paintings or a composer’s music. It’s fulfilling. We don't just do it to earn puka shells to trade with the other natives. It’s a reason for being, our contribution to the whole of humanity.

So, when our careers died out, a part of us died.

Well-intentioned people who go about trying to make the world a pleasant, pain-free, no-sweat Garden of Eden didn't factor in people like us. They imagined Heaven was where there is no more work at all so they invented more and more ways that people didn’t need to work.

But, Hell, the Garden of Eden was where Adam worked! He was a tender of the plants and a keeper of animals, and apparently it delighted his maker to visit him from time to time just to see what he was up to.

People also misunderstood Adam’s eviction. They thought he was condemned to work the soil for his sustenance forevermore afterwards as punishment. But people like us… we know. He was already working in the dirt with the plants and trees. The real punishment was just that somehow all the joy was sucked out from the work. It became dull and unappreciated, sometimes unsuccessful and damned necessary to do or else you died of starvation.

I sometimes think the funny part will be when the well-intentioned inventors have finally made their new Paradise on Earth... then they will have nothing left to do. A lot of them may discover their own hell amid their handiworks. They may be the last breed to have real work, to love it, and have it taken from them. That will be far, far too late to be any consolation to such as us, though.

I digress again. Don’t pay too much attention to my meanderings. I can’t help it. Too long on the meds did something permanent. I wasn’t mentally well, you know. I told you I was seeing a shrink.

Which brings me back to her little firefly. It was on one of my appointments that she was late for our session. As I waited, I picked up the little amber ovoid and began to think about the little thing inside.

Did he struggle much against his fate or did he quietly let it consume him? I like to think he fought back. Little legs churning in the sap as it flowed out over him and he only got in deeper and deeper until he was all used up. Nothing left to struggle with. Gone down fighting.

He was only a tiny, microscopic, disposable part of a grand plan playing out all around him. But he'd have fought mindlessly, recklessly, as though the entire fate of his kind depended upon him alone.

That's the way it is with tiny animals, isn't it? They'll fight for every last breath. Every chance to live just a little longer. Chewing their own leg off to escape a trap, never worrying about how they’ll survive on just three legs. Hope springing eternal. Or is it desperation?

It takes a creature with an overdeveloped cerebrum to lie down and quit when it gets too hard or when the odds are stacked against it. There must be something wrong with an evolutionary turn that ends up like that. Maybe Nature is selecting against such individuals when they take the easy way out. I don’t know. I’m not a real scientist.

I’m meandering again. So, anyway, I carefully put that little egg shape back onto its little pedestal and decided that I, too, was going to be like the firefly. I might also be small and insignificant but I wasn't going to go on allowing myself to be easily taken down by fate. That might be when I started to feel better about myself. And feel better about Amber Firefly, too. The therapist, that is.

One of my problems, at least as I saw it, was an unhealthy obsession that developed around a recurring dream. Dreams didn’t always begin the same but eventually something happened in too many of them and they ended up in exactly the same place, with me standing in some sort of plaza, I guess, seeing something dreadful about to consume someone. A blond lady, apparently. But I only dream in black and white. At least, I never remember any colors when I awake. There’s supposed to be some hidden meaning to colorless dreams. Her hair could be green or pink for all I know.

In the dreams, I realize she hasn’t seen the thing suspended over her. It’s like a dark maw maybe twenty feet wide. No body at all, just a huge mouth. With teeth. Rows on rows of sword-like teeth as far down its gullet as I could see. The rest of it seemed to disappear into the air.

And I knew that I had to warn her. There was no one else.

Have you ever had one of those dreams where you need to run but you can’t move or you can only move in slow, slow motion? Like being immersed in molasses? Or where you need to shout or scream but the only sound that comes out of you is something like a low, muffled “huhhhh”? Like a small dying thing? That was my dreams.

No matter where or how a dream started it usually ended in that same place, with the same person, and the urgent need to do something. And being completely useless.

Sometimes, I was afraid of what might happen if the dream ever got past that part. Like, maybe there was a safety switch in my brain that shut it down before it got too bad. But then I’d have spells where I slept a lot, using pills when necessary, to keep going back. Over and over. Looking for something I might have missed. Hoping something different would happen to reveal a purpose to it all. Like a weird video game, you know?

Right, pretty messed up, that. But then I’d get scared of it again and try not to sleep. You can imagine what that did for my overall physical health as well as my mental state.

Shrinks love to hear about dreams. When I told her about that one, it was like she’d struck gold. I could see the excitement even though it seemed to me she tried to hide it. But she kept bringing it up. Wanted me to talk about it a lot.

Unfortunately, it also stimulated more anxiety about it. Why was it important to her? Why did she seem to think it meant something? Did it really mean something after all?? And who was she, to be so interested??

Then one session, she really scared me. She wanted to do a deep hypnosis session and evoke the dream while I was in her office. I didn’t want to, but she was supposed to be the one who knew what she was doing. She actually said so. And she insisted. And eventually… I said yes. 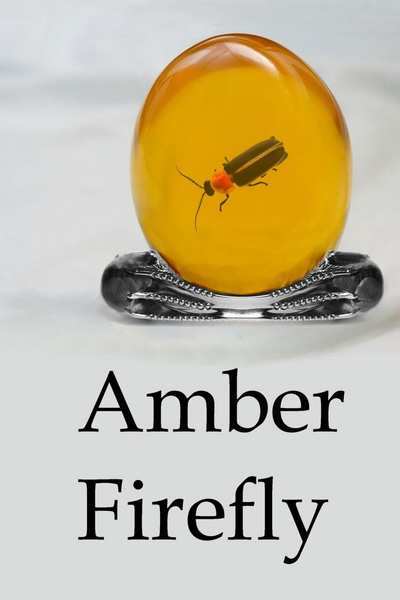 Call me Ishmael…..
I always wanted to tell a story that started that way.
My therapist said her name was Amber Firefly. It wasn't really. And she was interested in my recurring nightmare. But why?

Serious critique and comments are welcome but please be gentle. (*^_^*)
Subscribe 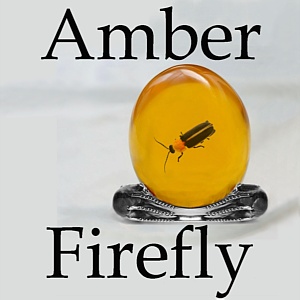