Hello, my name is Barry. Well, I guess everyone here should have known my name by now. Plus, I know that everyone also knows that I am the main character of the novel 'An unknown world'. As for this page, I will be hosting this talk about the novel.
The novel 'An unknown world' is about a boy named Barry (me), who has psychic powers was suddenly brought into an unknown world that is filled with magic and stuff.
The reason why the author named the novel like this is because he was running out of ideas on making a suitable name for the novel. So, he made a straight forward type of name for this novel. But, when an idea came to his mind, he instantaneously rejected it. Such a weird author, I have to say. But, well for the contents of the novel, I don't really know what I would want to say at all. Well, I'm just a main character of this novel, it would be extremely awkward to hear a comment from someone like me talking about the novel itself. So, I would like to hear some of the comments from the audience.
(Grasshoppers making the background sound which goes 'Krik Krik...Krik Krik...Krik Krik')
No, wait, I don't mean the audience in front of me!! Well, even though I am on a stage right now? But, what I meant to say was the reader's comments for the novel! Well, anyway, before I end my talk because it feels kinda lonely somehow, so here are my biodata for the novel.
(Daemon suddenly walks in and yawns)
Oh, hey, Daemon! The discussion just ended, how about you appear in the next one, ok?
As soon as Daemon heard that, his eyes were wide open and he shouted, "What?! No, wait!
(Closed)
Novel 'An unknown world' Characters Biodata :
Name: Barry
Age: 12 - 13 years old (for now)
Date of birth: January 24th
Type: Human being
Blood type: A
Family:
-Father
-Mother
Height: 140 cm (for now)
Weight: 40 kg (for now)
Likes/Dislikes:
(Will be told in the main story)
Weakness:
(Will also be told in the main story)
Hello, this is the author of the novel 'An unknown world'. I would like to tell you why there are some of it that says 'for now' is because in the later chapters, you will see the main character grow up along the way. As for the likes/dislikes and weakness, the reason why I decided to put it like this is because he has quite a lot of things that he likes and dislikes, especially for weakness, which there are too many for me to say. But, he will eventually get over his weaknesses over time. That's all I have to say. 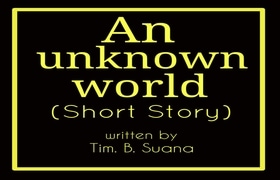 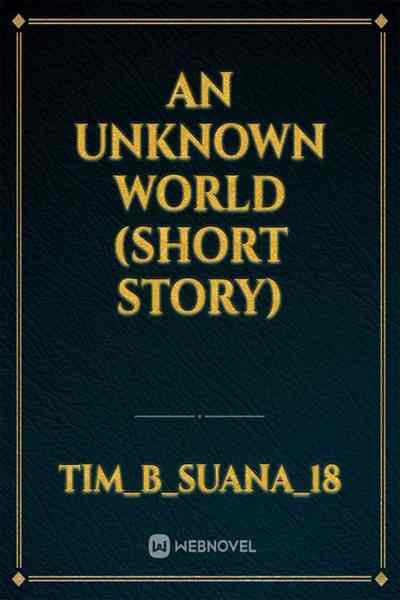 Hello everyone, this is just a short story collection featuring all the characters inside my so-called novel 'An unknown world', where all the characters that are present and (those who will make their appearance in the future chapters of my novel) will be talking about the novel and much more.

Note#1: This short story would probably have no connection to the main
story at all.
Note#2: This short story is rightfully mine. All rights reserved to the author of this book. If you want to use the characters in the story for the purpose of creating a fanfiction, please do make an approval with me first before doing so.

Note#3: This short story will also be made available at other webnovel sites, such as RoyalRoad.com as I will be posting it there too.
Subscribe 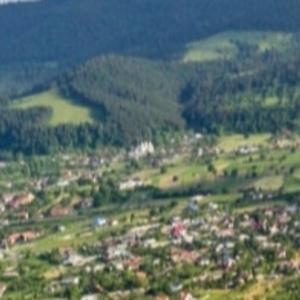