Are We the Bad Guys?

This is a new low. I handed over the sack of organs. Fluid dripped through the cloth and soaked into my leather boot. That stain would never come out.

The recipient eyed the saturated cloth with a dubious air for someone who bore the moniker of the 'Mad Merchant'. He took it with a shrug and handed over a worn leather bag that emitted the telltale clink of coins.

"Thank you for your service to the realm, champion," he said. He tossed the sack over his shoulder. It landed with a horrendous wet splat in the back of his cart. There were three other sacks beside it, fluids oozing in an odious dark puddle. How many sacks of organs did this guy need? What did one do with multiple sacks of kobold livers? Was he selling them? Did he eat them? No, not my business.

I opened the bag and upturned my reward into the palm of my hand.

The Mad Merchant shifted nervously from side to side. "Uh, is there a problem, champion?"

"Are you kidding me? Do you know how hard it was to nail one of those little shits to the ground. And just the liver? Do you realize how wasteful that is? Did you know they bite?" I brandished my bandaged arm in his face. A few exposed bite marks were turning an unfortunate shade of green around the edges. "Do you have any idea how expensive healers are? Medical costs out here are outrageous and there is no bloody insurance! Not to mention room and board. How am I gonna tip some snobby priest, and get a room for the night with twenty five coppers? Do you expect me to sleep out here after killing all those Kobolds? Those little fuckers are mean and they never forget a face!"

The Mad Merchant took a step back, his face shell shocked. Apparently, he wasn't used to ranting and raving from his swords for hire.

I nodded at the oozing sacks. "For that matter, why does someone need this many livers?"

"You ask an awful lot of questions champion," said the Mad Merchant. He wiped the sweat off his brow. "And what they are for is no concern of yours."

"Fine, you know what, fine. But I deserve at least five times this amount, or better yet, how about some actual gold, like five gold, for labor and emotional damages."

The Mad Merchant's bewildered expression quickly soured to scorn. "Five gold? Do I look like a roaming Duke to you? The reward is twenty five coppers per bag of livers. No negotiations."

"No negotiations?! You're a merchant. All you do is negotiate."

"If you don't like the set reward, why did you accept the task?"

"You didn't state what the reward was! How am I supposed to survive on this chump change?"

His eyebrow rose. "Well there is another reagent gathering task you could do."

I stared at him. My left eye started to twitch. "What is the reward?"

"Twenty five coppers for a sack of naga teeth," he said with a grin.

It was about then I stabbed the Mad Merchant. 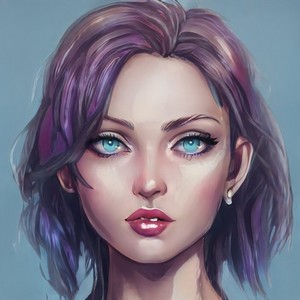 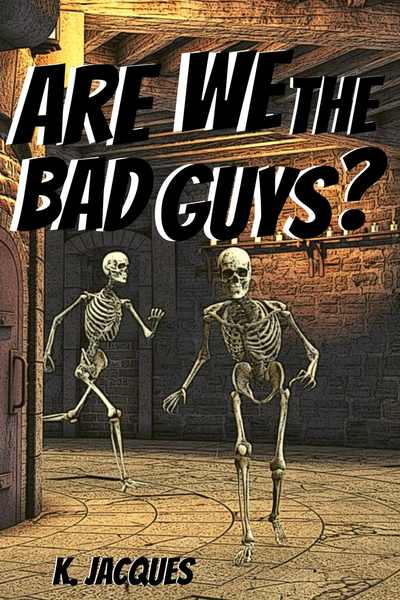 Are We the Bad Guys?

Darcy is an avid MMORPG player. With her core group of Frank the Tank, healer Vic, and ranger Blaise, she's rolled from one online game to another for over a decade. But there is one game they all come back to: Battle of the Realms.
That is, until the game is set to shut down, all servers offline, years of game time and character play gone in a flash. In a final hurrah, Darcy and her guildmates tackle the hardest dungeon in BotR that only a handful of players ever completed.
On the final level, in a secret room, Darcy finds a book, and one line of gibberish later, she and her friends wake up in Battle of the Realms.
But the reality of the game world is nothing they could have prepared for and while Darcy and her friends try to survive, they wonder if the looming deadline of the server shut down will end their new nightmare and possibly their lives or if this world is real.
If that's the case, they have other problems...
Subscribe 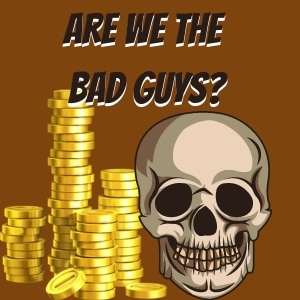