Thin black cable snaked from a port on his laptop to the virtual reality headset waiting on the desk before him. A plate sat far to the left, pushed aside and neglected. Crumbs dotted its surface -- the only evidence left of dinner.

The familiarly sharp, cheerful sound of a notification leapt from the laptop’s speakers, just as a small info box listed the event in the lower right of the screen.

He glanced upward. 10:47. Those digits glowed blue on the clock above the desk. The boy frowned as he turned back to the notification. It took hours for this person to reply to the bulk of his messages. But this was the only compatible gamer he could find within his time zone right now, and no one could start playing Spire without at least one player in their Set, so he’d have to hope this person started communicating faster.

He clicked on the message and scanned it.

He smirked at that. So this person was a little on the blunt side. But after exchanging several messages yesterday, it was easy enough to tell no insult was intended now. Besides, a name based off a joke he loved as a five year old couldn’t help but be ridiculous.

Quickly, his fingers flew across the keyboard, the ring on his left pointer finger occasionally clacking against the keys as he tapped out a reply.

The weirder it is, the less likely I have to put a bunch of weird numbers and symbols on it to make it unique. |SevenAteEight|

A moment passed, and then the typing symbol in the chat window blinked on and off, indicating that this person was already working on a reply. Thankfully he wasn’t going to wait a long time to hear a response that simple statement.

Another line of text appeared in the conversation list.

|Brindle_Fox244| True that. Mind if I just call you Sev, though?

Sev? He paused, resting his chin on his hand. Well, abbreviating each others’ usernames would be more efficient.

He reached out and typed back.

Sure, as long as I can just call you Brindle.|SevenAteEight|

Minutes passed. Enough to provoke boredly shifting to another tab to start detailing his own character as he waited.

His avatar looked pretty average so far, with its canine like body, black fur and electric green eyes. There weren’t many customization options until one leveled up a lot higher, so he spent time fiddling with the markings and the specific shades of black and green this creature had.

Too bad regular users couldn’t play as Cravens, or Spires. And there was no direct control over the characters’ stats, either. All he could do was fill out a questionaire before he got to the customization screen.

After assessing the answers, the game assigned stats according to what skills each player seemed to have. Not always the most satisfying process. His patience and understanding skills were pretty low, for one, which was ridiculous.

He had plenty of those things...where it counted. But of course the game designers thought they could predict and assign such skills as if they had superior knowledge of everyone.

Then again, was their arrogance a big deal? How much could little stats like that matter, in the grand scheme of things?

Either way, this was the game he chose to spend his summer playing. It sounded fun, even if some of the mechanics were annoying.

Another notification jumped from his computer speakers, startling him before he clicked open the game’s inbox.

Brindle_Fox244 accepted your invitation!  You will be in the same Set when  you finish making your character.

A small smirk tugged on his lips as he switched back to the character creator to hit the submit button. Finally, he could join the game for real. 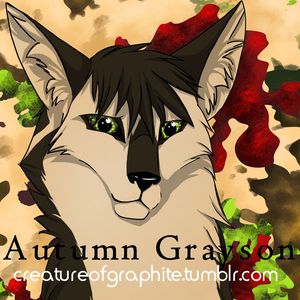 Thank you for reading! Feel free to drop a comment or review. I'd love to hear everyone's thoughts as the series goes along :)

The cover needs a lot of work, so I will probably upload a better version of it later, before the contest ends. 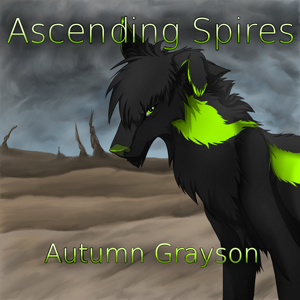 In the virtual world of Spire, two types of creatures live in constant competition. Cravens incite turmoil and feed on the resulting negativity. Spires survive off the positive emotions they experience while countering Cravens. Humans also play in the world as canine like avatars, gaining levels with every hardship, becoming more mentally powerful in the process.

Each type of being needs each other in this virtual ecosystem, but needing others doesn’t always mean being happy with their existence. And getting stronger doesn’t always bring contentment.
Subscribe 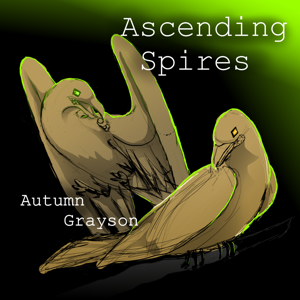