Avalon: The Hell Mode of the Universe

Found in the Easternmost extremity of the northern world is a Tower that appeared from out of nowhere hundreds of years ago.

This Tower has 100 floors filled to the brim with danger. Monsters, traps, illusions, all manner of risk was present.

Since the time of its appearance, it had claimed no more than ten thousand lives.

To this day, the Tower has long been forgotten due to its difficulty. Other than Researchers, Historians, and Daredevils, no one dare approach the Tower.

At this moment, however, the 100th floor was currently active.

A monster named Leviathan slithered with its serpentine body and coiled around one of the many pillars on the floor. Opening its giant mouth, it released a breath attack composing purely of Hellfire!

The Hellfire incinerated the ground. The entire floor was devoured by said flames melting the pillars as though they were chocolate.

Isaac jumped to avoid the deadly attack, but the room had already been changed to the Serpent's advantage!

The Leviathan had already made another move, sending its tail and smashing Isaac's defenseless state.

His body was planted on the wall, causing him to cough up blood.

Pulling himself out of the wall and spitting out the teeth he had lost, Isaac pulled a pair of gauntlets out of thin air and quickly equipped them.

'I really need to stop doing that.'

After years of not getting any competent challenge, his incessant seeking of thrill led him to let his enemies make the first move. Unless his heart's beating from excitement, Isaac could not get serious — it was a nasty habit.

He had the Class of Scholar, but he's sure stupid acts like this would be the death of him if nothing's done.

'This one really is strong… I need to focus… Crap!'

The Leviathan serpent lunged at him with an open mouth; miasma filled the air.

Isaac held the Leviathan's jaw open while holding his breath. The miasma would weaken him if breathed.

A red light then gathered behind the Serpent's throat; it prepared its Hellfire breath attack.

Isaac's black hair turned white, and then his entire body a deep blue. His surrounding froze, the Hellfire engulfed him.

He came to a conclusion while taking the hellfire head-on.

His arms were getting tired, and the maw of the Levithan was about to close.

A pair of metallic Lightning Coated Purple Wings suddenly appeared behind Isaac. Light stirred the air, and with the flap of his wings, Isaac retreated.

Getting back on the ground, the Hellfire was still coming his way; Isaac quickly worked his mind to find a way to beat the Leviathan.

Uppercutting nothing but open space, Isaac created an Ice Wall to block the Hellfire.

The Hellfire parted, and Isaac held onto his Ice Wall to keep himself safe.

'Now, Now, that's enough playing — I have to quickly kill this thing.'

The Conqueror of Frost uses a lot of energy, and he would not last long if this continues.

Pushing his mind to its limits, after a few seconds, Isaac finally got the answer.

Isaac left the Ice Wall in front of him alone, it would melt in a few seconds, but he didn't care.

The gauntlets he was wearing glowed a deeper hue, and then the area around him turned to ice.

His power grew stronger. He moved his hands, and Icicles appeared around him.

Firing it all at the Leviathan's eyes, the Hellfire stopped. Though the Thorns of Tundra skill did not inflict any significant damage, this opening was enough for Isaac.

Isaac deactivated the Conqueror of Frost.

"[Conqueror of Lightning and Thunder]"

His body reverted to normal while his white hair changed once more to light purple, his eyes radiated energy, and his skin was rendered by lightning.

While the Leviathan was distracted, he moved and reappeared directly above the Serpent.

It saw him hovering right above, "Hello." Isaac said, and before it could react, he smiled and punched it in the eye.

It roared in pain, thrashing about, attempting to shake off Isaac to no avail.

His hand was embedded deeply in its eyes, and he was no going to let go of this chance.

Deactivating Conqueror of Lightning and Thunder, Isaac once again reverted to Conqueror of Frost. Summoning what remained of his strength, he calmly spoke, "Ice Spike."

Dozens of Giant Icicle pierced the Serpent's body from the inside out blood spurted out like a fountain as the sight of gore appeared.

Brain matters splattered on the ground, and bits of flesh got on Isaac's mouth.

"PTOO! That's disgusting… maybe I should've chosen a better way to end this... this doesn't really scream heroic… well, it's efficient and would make for a good story, so what the heck."

Isaac kept his wings and gauntlet away before falling on his behind.

"Phew, this one was pretty tough." He said to himself while looking at the carcass of the giant Serpent near him.

"That's the first Lv. 100 Monster I saw in my life — even the Guardian of the Northern Temple's not this strong."

The Guardian of the Northern Temple was a Lich that has lived for a thousand years, but even that was only Lv. 99.

This Leviathan Serpent was beyond what he expected.

Even he was only Lv.99, and he's the strongest in the world.

Levels were nothing more than an indicator of how far one has gotten. It was more of a scale for Lryat [humanoids] to measure their strength against monsters.

Though skills do indeed give an edge, what mattered most was skill and one's intelligence. Though Isaac's method this time around was a tad barbaric.

"Surviving that was not easy, but with this, I have finished the World Quest… now; let's see my rewards."

World Quest, a kind of quest only Isaac received after becoming the strongest.

"Hmm, should I start searching for a wife? Mother has been pestering me for a granddaughter, and I already have enough money to live my life ten times over… I don't have any more excuse to give."

"I'll think about it later. I'll see the rewards first."

[Spatial Perception: gives you a comprehensive view of your surroundings seven-meters around you.]

"This is useful… though I don't really need it now…"

Isaac was already thinking about retirement.

His dream was to become the strongest, and with this, he has achieved it.

Without any challenges, there was no more reason to fight.

He had also almost confirmed everything he wanted to learn about the world. He even slew the Myths and Legends and became a Monarch.

He conquered the elements, and the ones he had yet to control could be turned into a hobby in the coming years.

He just accepted the final reward, 'May this prove to be an interesting book.' Isaac wished.

However, the usual blue panel suddenly shifted to black upon opening the final reward.

"What's happening?" Isaac was clueless about what the hell's happening.

[Book of Revelation has been opened, [Worldly Fetters] have been broken - upgrading the System to a [World Champion's System].]

A column of golden light appeared around him, circling him. If one examines the columns closer, one will discover it was made of unknown symbols. These symbols swayed and swirled around Isaac then entered his body.

This weird event lasted until the light disappeared, and when everything cleared out, Isaac felt more refreshed than he ever had.

[Your System has been upgraded to a [Champion's Algorithm].

The Worldly Fetters have been broken — [You Leveled up]

"Level up? Haven't heard that in a while."

Isaac was already surprised about all that but what happened was even more bizarre.

Isaac felt something within him shatter, blood escaped from his mouth, but that didn't matter to Isaac; something else caught his attention.

[Limit Break (acquired) — an indication that you have completed a World Quest from your respective Reality, you are no longer bound by this world's level system. Your Potential's been unlocked.

You have gained the right to enter Avalon.]

Another set of text replaced the last.

Do you wish to open it go to the land of Champions? Y/N?]

"Interesting." Like the Lv. 100 Leviathan Serpent, this was a first for Isaac.

He opened his status.

"My Classes have not changed, the World Scholar's yet to Evolved like always, but my Race and Level has changed… fascinating." Levels and Systems can't be changed easily. After all, the System was a part of every being since its birth.

But after this strange event, it would appear all logic has been thrown out the window.

And all of these were caused because he completed the World Quest.

"Hmmm… I'm curious about this Avalon I want to go but will I still be able to return? I want to know what happens, but it's not worth not seeing my parents again."

A simple answer was given by the usual unresponsive System. If Isaac didn't get a response, he would've just went back home and spend his life until his parents' passing, but this worked out well for him.

"Open the Gates of Avalon."

The moment the words left his mouth, the blood and gore scattered all over the place gathered around the Leviathan Serpent's carcass.

The carcass was lifted off the ground, and its body began to shift and change until it became an arc. When Isaac saw this, he expected it to be disgusting, but then the carcass suddenly transformed into a different material.

The flesh, blood, and guts became black diamonds. After a few minutes of remodeling, the arc had no trace of blood.

Only a snake head at the top of the arc was what remained of the Leviathan Serpent.

[The Gate has opened]

He didn't go the moment it opened as he chose to first write down something on a paper.

"This should be enough."

Isaac wasted no time and passed through the gate.

His figure disappeared from the room, and after a while, the Gate of Avalon also disappeared.

[Arcadia has molded its first Champion] 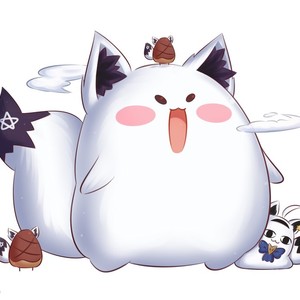 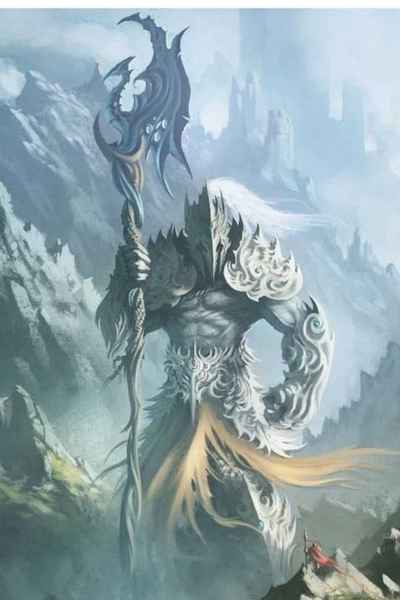 Avalon: The Hell Mode of the Universe

A world where overpowered people gather: Maxed Swordsmanship, Teleportation Ability, an Army consisting of ten thousand undead, Own Dimension, Summoning Monsters and even Meteors — Skills seen as Godly on the outside are nothing but a mere ordinary skill here.

[The Young Scholar], [Eyes of the Past and Present], [Greatest Pugilist], [Strongest Weapon Master], [Axe of the Weak], [Executioner of Gods], [Slayer of Myths]: to say the least, Isaac Apollyon had many Monikers.

But before all of that name, he was more simply known as — the Strongest.

But being the strongest meant there was no more challenge to be offered. That was until a door opened before him and brought him in a world where even the weakest worm could become a King back in his world.

A world where the strongest of thousands, if not millions of worlds gather, where the existence of God Slaying Weapons are treated no better than a wood cutter’s axe.

[Welcome to Avalon, where the strongest gather.]

The System and Classes also follow their own rules.

Unique classes like [Dragon Eye Eater] [Silver Star Dominator] will be a norm, please enjoy and I take every criticism I can get, it makes me better after all 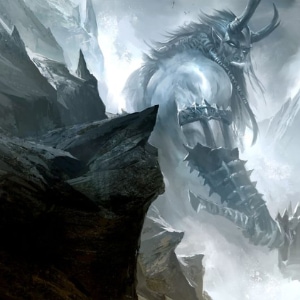