(BL) I teleported again and now all demons want me!

Eric reached the pinnacle of his life. All the efforts climbing up the ladder brought him to this point of success and it was worth it.

Like a mafia boss who had attained notorious fame and spread fear, he terrorised his authors yet he was still the most acclaimed, famous and successful editor of all times.

Not even the most popular authors could throw him off the top spot he proudly claimed as his.

Eric had everything, he was rich, he was young and unbelievably craved by all the women in the world.

Charismatic, handsome and kind were words that hung like clouds over his head. Not a single bad word was written about him in the media and the press fought to write the most flattering articles about him.

If there was a person in this world who was the literal depiction of a saint, the whole world would point at Eric.

If the devil came to claim the most loved person in the world, every human would throw themselves in front of Eric and gladly offer their soul to the devil in hopes to let this pure soul of Eric's stay untainted and undevoured.

Indeed, everyone would. Everyone that didn't know Eric personally.

There were always exceptions. Each coin had two sides just like how Eric had two faces.

A tyrant, a bastard and a scum were words that circled him like a devious chant to curse him and every now and then, random voodoo dolls hung in obvious parts of the office.

Every author he was in charge of, loathed him with a passion. The fact that it was thanks to him they all became successful didn't matter it the face of their dignity sullied and their humanity trampled on, questioned if they even were seen as living human beings.

While Eric sat like an arrogant CEO in his office, he enjoyed the beautiful view of the large window in front of him. The sun was going down, dying Eric in a blood orange shine. Eric wasn't a successful editor for nothing. He was a hard worker who deserved to be the top editor.

"What a great view," Eric toasted to the window with his wine glass and twirled it in his hand before gulping it down.

What a delicious taste. The whole sonata of his anguished authors made him smile. Ah yes, the suffering of the authors was pure ecstasy to him.

Eric himself didn't know why he hated authors so much. Maybe because something bad happened in his past life but Eric didn't believe in this bogus hogus.

All he cared about was to see those trash authors suffer even more. Their stories only became famous and popular because of him. Eric had the perfect talent and skill, the nose to know what made a great story. The public knew it and the authors bitterly knew it too.

"Wonderful," trashing the authors in his mind exhilarated him and Eric always had the habit to mumble to himself like an evil mastermind.

Knock. Knock. A knock on the door appeared.

"Come in," Eric haughty turned on his chair and put the wine glass down on his large ebony table. His office was sleek black and a few plants stood at the walls.

The door opened and a tall woman in a tight pencil skirt came in. Her pretty face was framed by her blonde hair and her hour-glass body was particularly eye-catching. She was the hot assistant every successful businessman had to have.

"Boss, you have the event tonight. Do you want me to call the car now?"

"Ah, I'm too popular," Eric sighed as if he was truly pained about that. His assistant remained motionless but inside she spit incessant cusses and slurs.

If it wasn't for the good pay and Eric's handsome face, she would've long thrown this job away, thrown herself at him and gotten a one-night stand and then run off to live on an island.

"It's really a problem, boss."

"Of course, boss," the assistant left.

Eric still had several revisions to go through and he couldn't miss out on the opportunities to tear his authors down.

An hour passed and another knock appeared. Was it his assistant again?

"I'm really too popular," Eric was as delusional as always, "Come in."

But instead of his hot assistant, it was a young male with messy short black hair and a quite handsome face. His cheeks were red and he looked nervous enough to let the envelope he held slip.

Where did this clown come from? But Eric gave the young male a beautiful smile and the male's eyes slightly shook. Yes, be amazed by my beauty.

Eric already knew what this guy wanted. It was obvious and Eric would play it like always, be the perfect angel the public made him out to be before he viciously tore them down and shut them down forever.

Yes, this newbie was an author. Fresh blood to prey on.

"Hello there," Eric motioned the anxious male to take a seat, "Would you like some water?"

Eric poured him some water, "Are you here to hand in a manuscript?"

Eric slightly raised his eyebrow. This fellow didn't come through her assistant? Then how the hell did he get in? This building was properly watched by tight security.

On top of that, Eric's office was on the bloody 60th floor, so how the hell did this guy make it past the security? However, Eric didn't bother with the details and instead focused on his act, "Of course, I'd love to."

"Here it is!" the male's hands were trembling so much that Eric literally felt it just by touching the envelope.

"Then let's get started," Eric opened the envelope and read the first page. Trash Trash Trash.

Eric had some hopes for this guy seeing how he just dared to march in but instead a load of shit farted right into his face. Eric sighed and then the angel made way for the demon.

"Lemme put it bluntly," even Eric's warm and amicable tone and way of talking changed to a mocking and crude one, "It's straight up shit. If I gotta use an analogy, it'd be shitting gold compared to shitting diarrhoea, you know what you are?"

"W-What?" the male was visibly confused.

"Boy, all authors are shit. Thus they can only shit. The difference is in what they shit out. By best, they can be milked by shitting, ok? Some gold bars, that's where the vulnerable poopers known as authors become famous. Then there are the diarrhoea shitters like you, polluting the brilliant bathroom and clean toilet bowl the writing stands for, thinking their stinky diarrhoea is fairy dust. Get yourself a life and fuck off."

Eric gulped down the wine and his sharp eyes mocked the male who was flustered then offended. Eric said such vulgar words with such a casual tone. It was a stark contrast to his handsome appearance.

"I...see," the male tried to compose himself and stretched out his hands, "Can I get my manuscript back?"

"This shit?" Eric thought for a while before grinning, flashing his brilliant white teeth, "I'm in a bad mood thanks to reading your trash. This'll make me feel better."

Eric ripped all hopes of the author into tiny shreds. The white scraps of paper floated in the air before the male who had red eyes now. Yes, this was what Eric wanted to see. The authors humiliated.

"You didn't have to go so far, you... you bastard!" all the respect and admiration the guy had for Eric vanished, "Just you wait! I'll curse you! I curse you in the name of the son of the Demon Lord! You'll be cursed!"

"Boohoo, I'm so scared," Eric yawned and picked up his phone to call his assistant, "Got another case here. Take care of it. Don't let the public figure out."

The proud Eric would soon realise what blatant mistake he did. His fate was sealed.

Hello,thanks for checking it out. For anyone who hasn't read my previous book 'Shameless transmigration', you should know that this comedy and humour will whip you off your chair and make you drown a few litres of tea so you can send yourself minutely to the toilet in order to read this.

In other words, be prepared for bs wannabe comedy with some handsome demons.lol, have fun reading!

V-voodoo dolls?! Have we found someone worse than Frozen Milk?!

Don’t get me wrong.. every day I dream of joining frozen milk’s harem but this new guy... 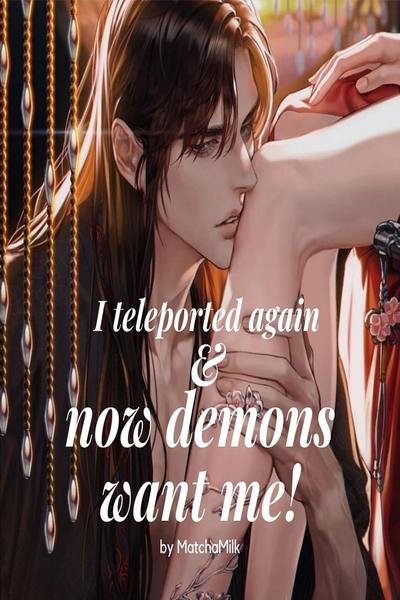 (BL) I teleported again and now all demons want me!

As the most successful editor, beloved by the whole world, touted as the holy angel, Eric dared to offend everyone under heavens and hell!
Nothing new. Only problem is, well... this time... the person he offended is... this handsome, self-proclaimed Demon Lord in his office!

Demon Lord: My son cursed you, so I came to take you away.
Eric: Yeah, no thank you.
Yet the demon lord doesn't take a no.
Eric: Then why did you ask in the first place?
Demon Lord: Because I wanted to charm you.
Eric: You have no charm. Grow a pair of boobs, then come ba-

Next second, Eric finds himself in the Demon World. His punishment? To make the aspiring demons proper authors. Only then can Eric escape. But the thing is, Eric has to teleport into each story to edit it!

The even bigger problem, the Demon Lord seems to follow him!

"Excuse me, good sir, why the hell are you the final boss in every story that I've to seduce? Please get out of here and do your duty as the Demon Lord! Stop making all the students write about you!"

Yet the biggest problem, all the demons... seem to want him!

"This is not a breeding ground. Thank you. Please kindly fuck off. My body is not for your lusting entertainment!!!"

---------------------
Disclaimer: This has steamy scenes and loads of profanities. Read at your own risk and be ready to have your sanity and integrity questioned.

The second book in the 'Scum Series'. You don't need to have read the first book to read this but it's a damn, funny, bs book, so read it as well- 'Shameless transmigration' it's called.

Picture doesn't belong to me. Credits to artist.
Subscribe 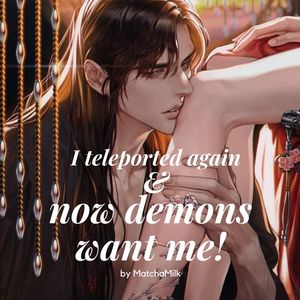