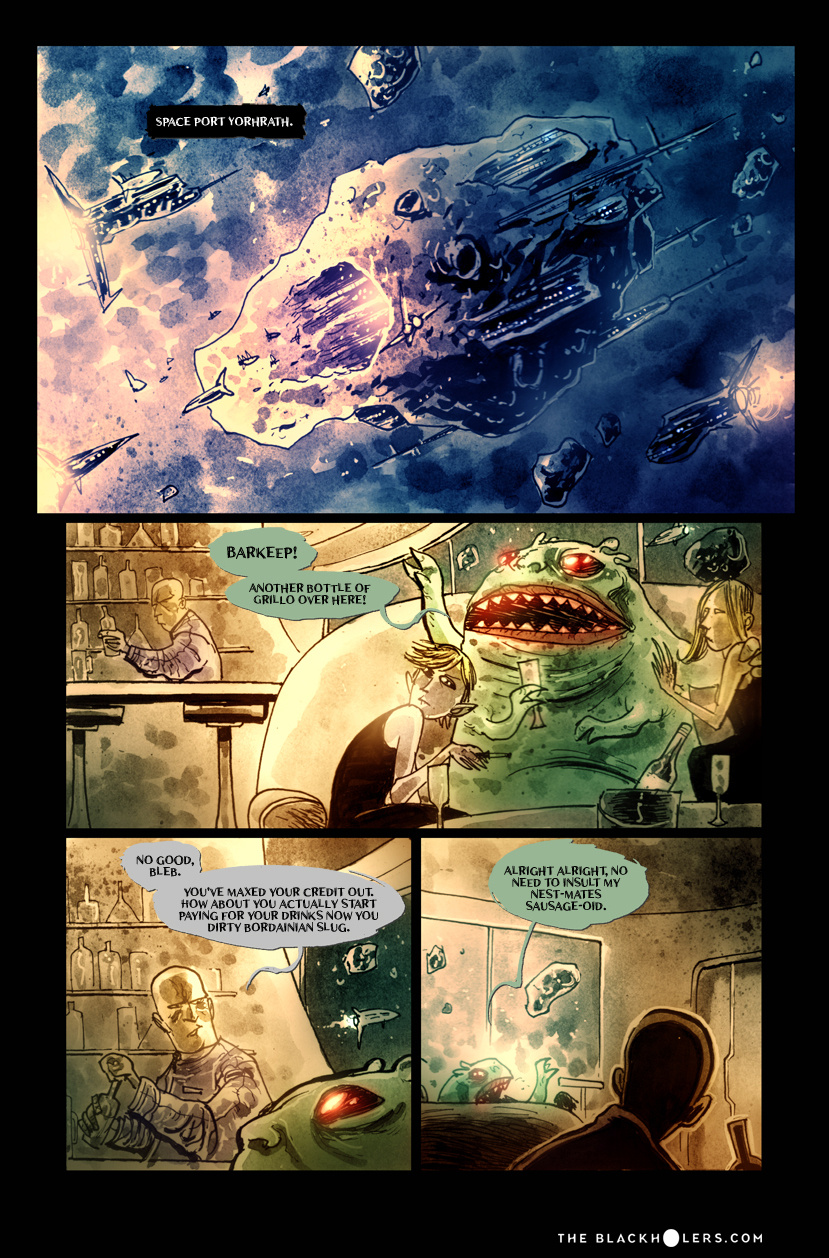 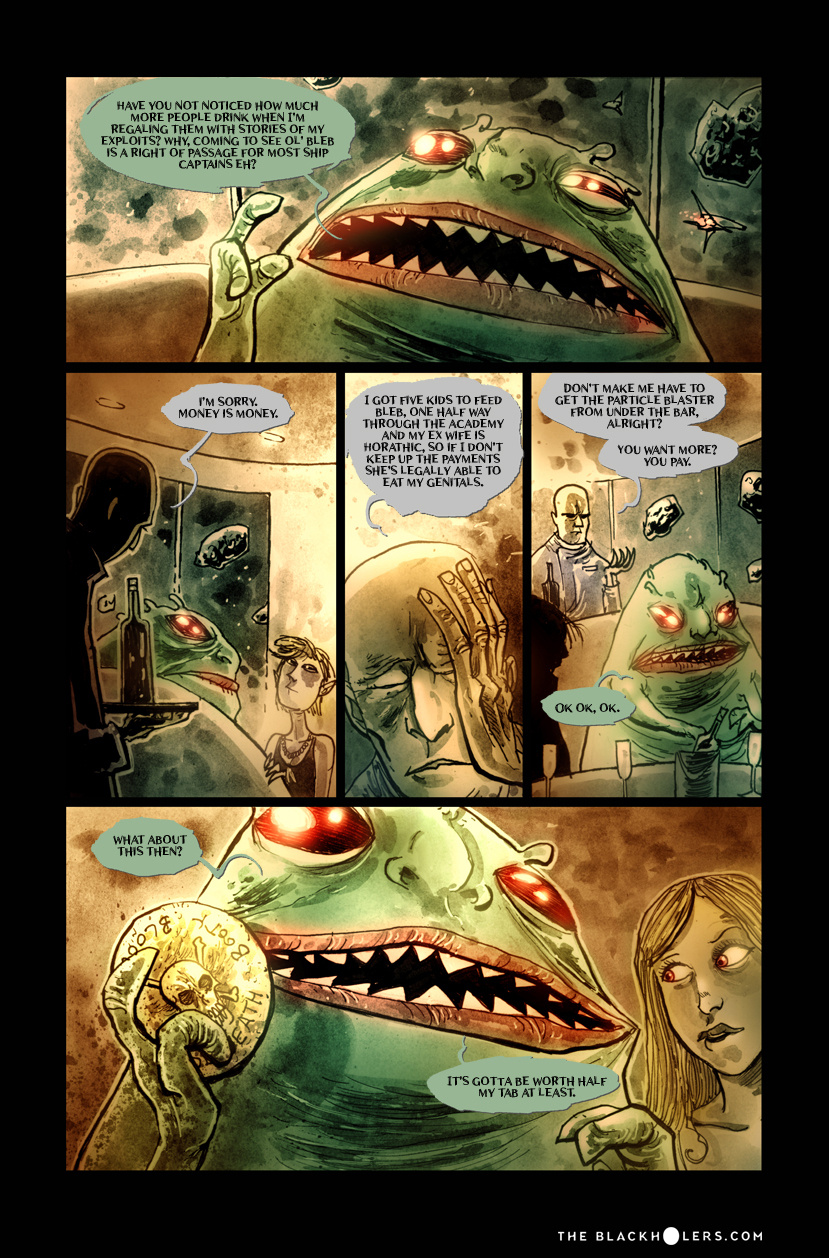 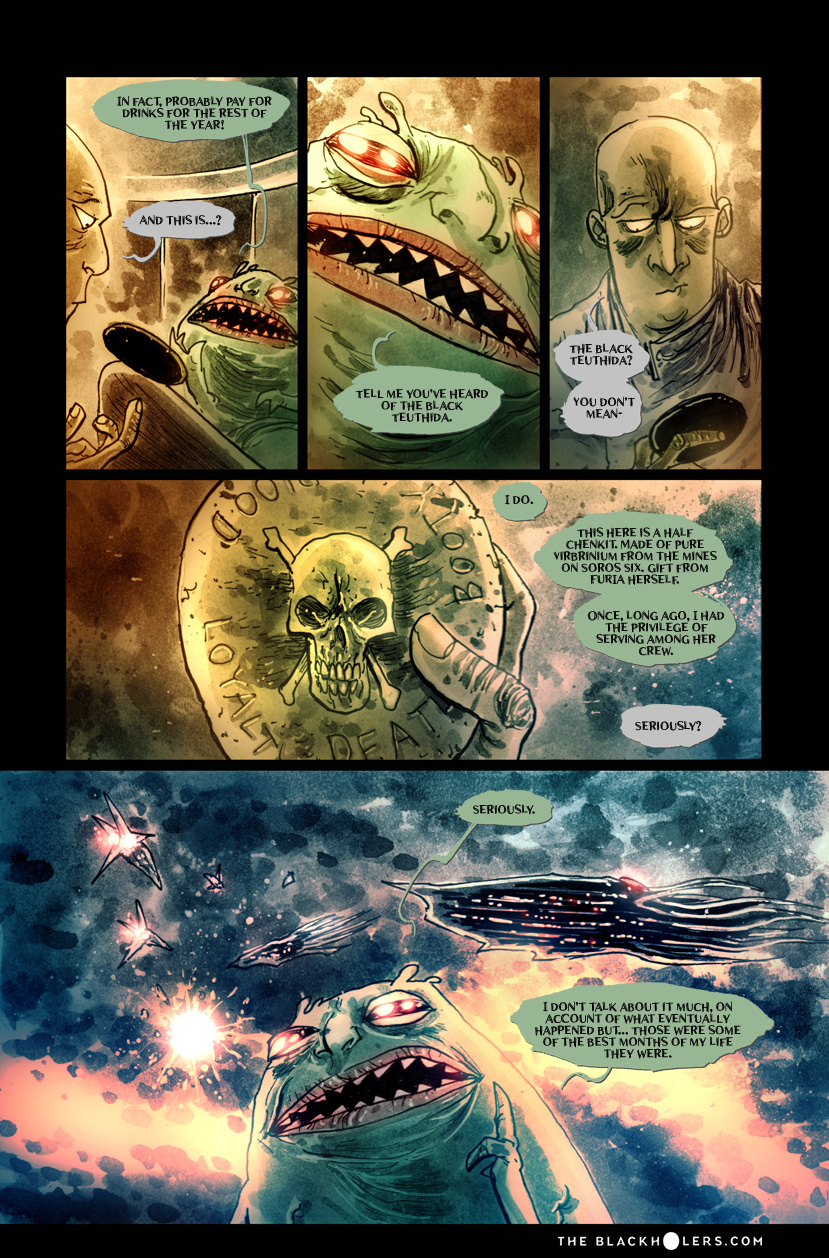 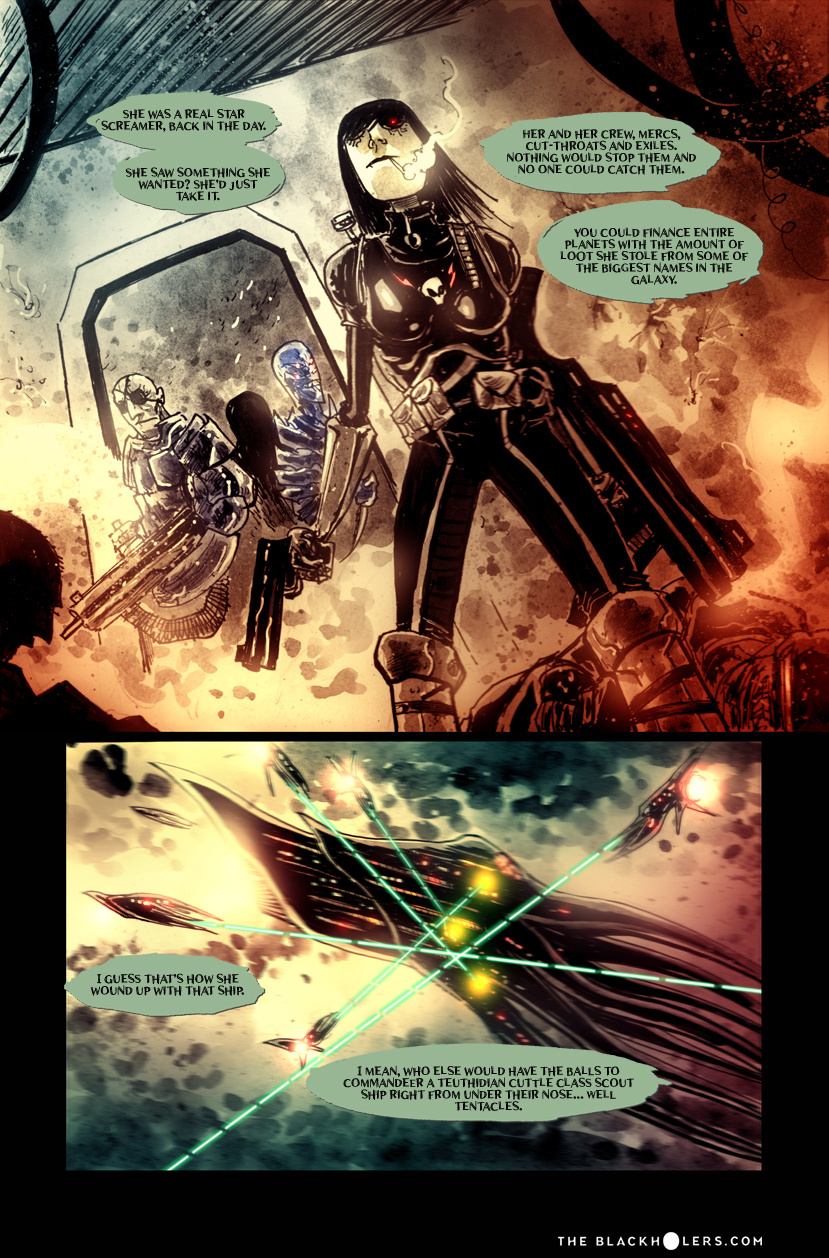 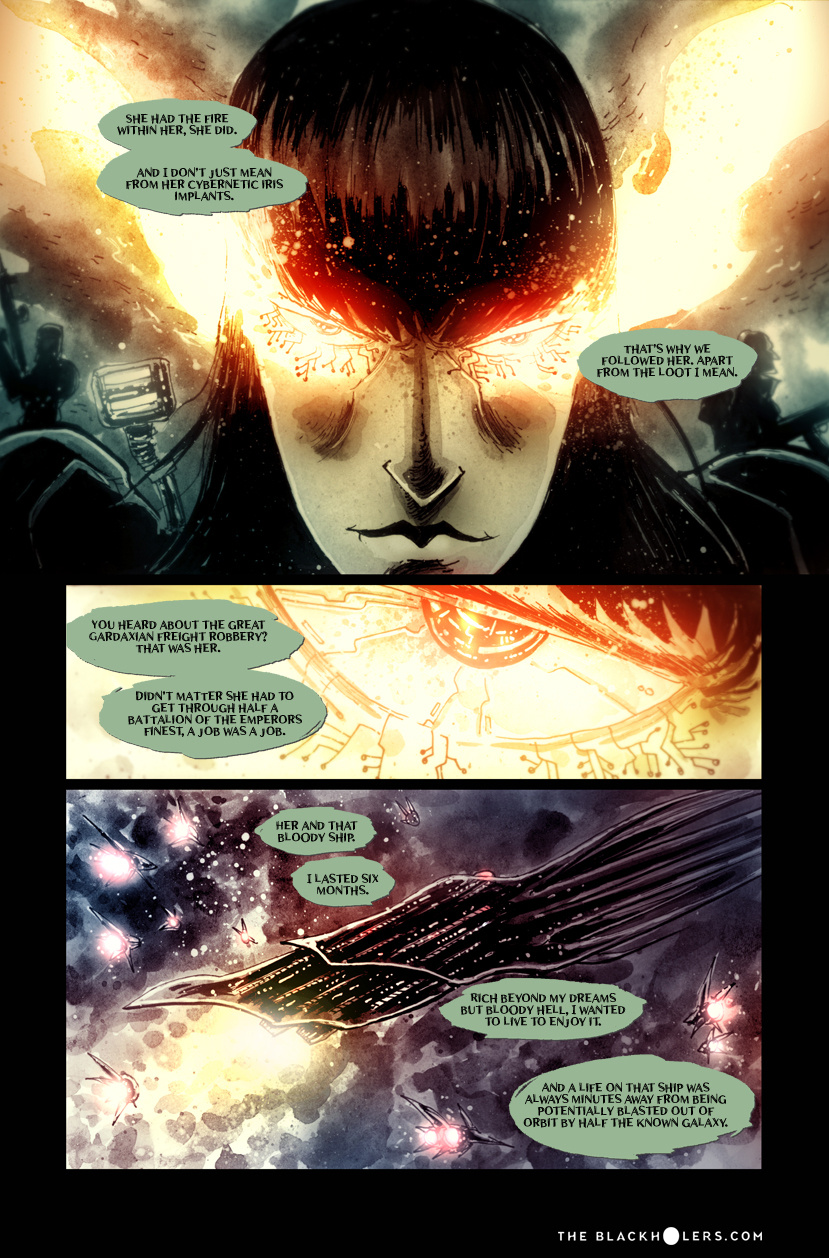 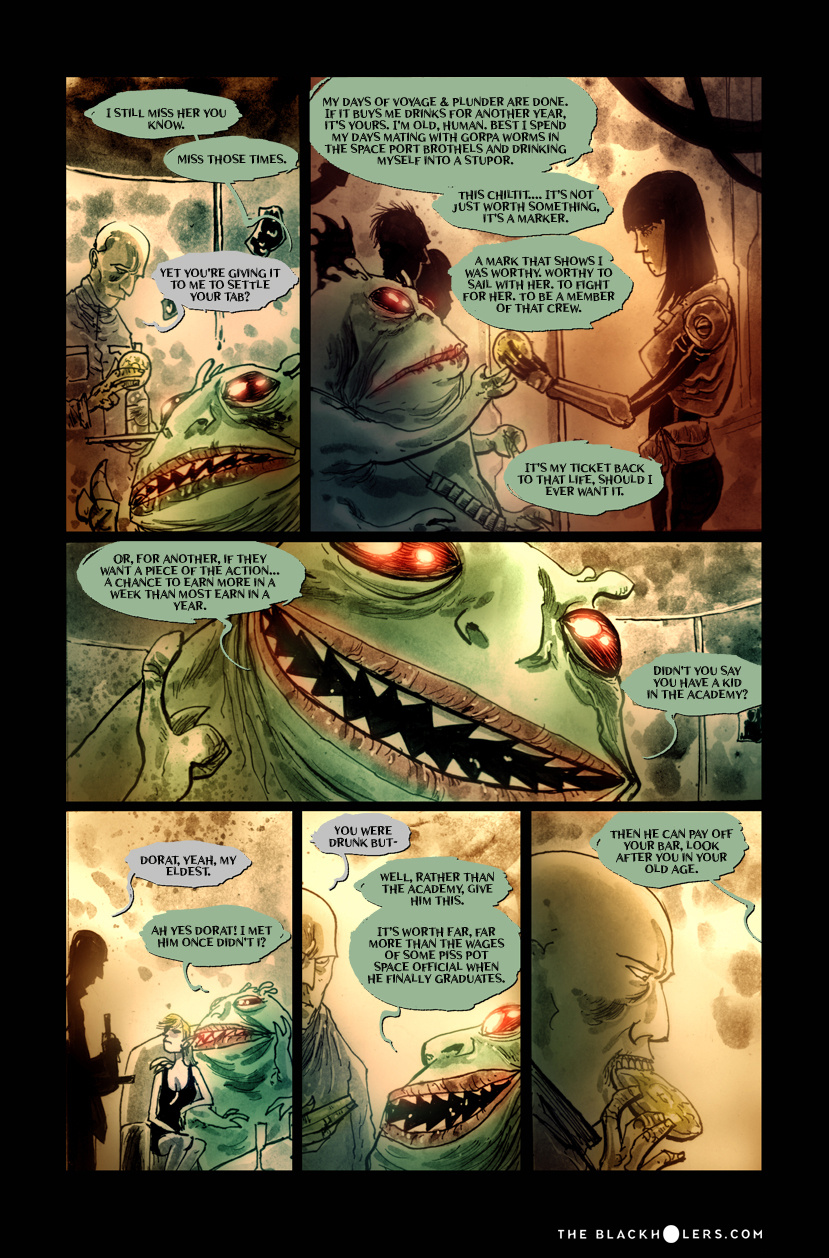 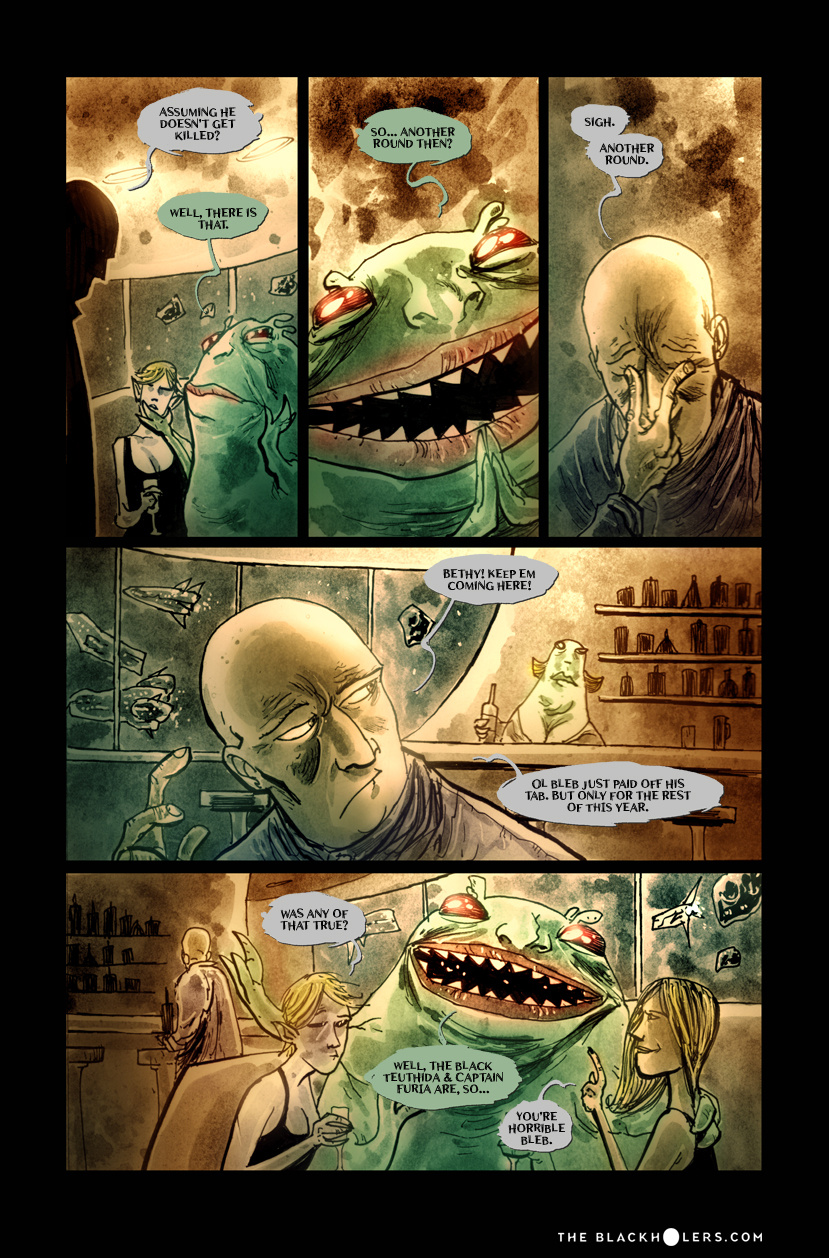 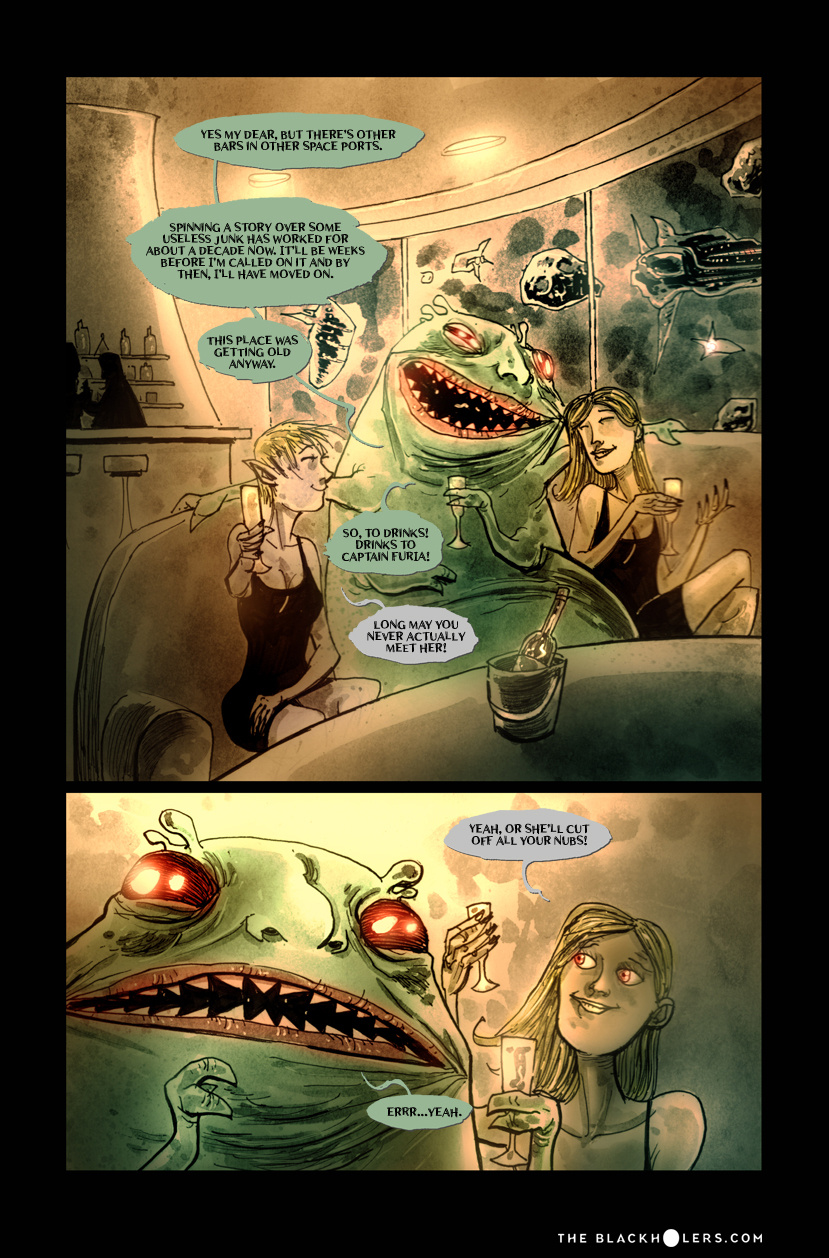 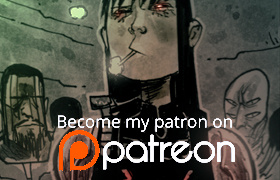 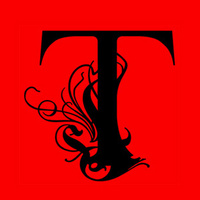 Ol' Bleb needs to pay his bar tab. The shifty bugger. Why pay when you can spin a story? 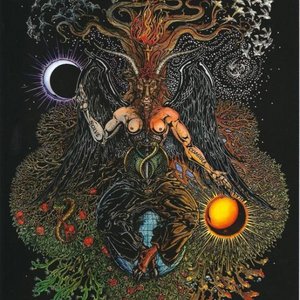 *whistle* did you do all of it alone? story and art? just amazing combination, the patchy drawings fits the scketchy story perfectly. Thank you very much for regaling my senses with such an exquisite creation. I would'nt live in it, hell i would'nt live on earth in our days if i could do better, but as a story, it is a marvel. 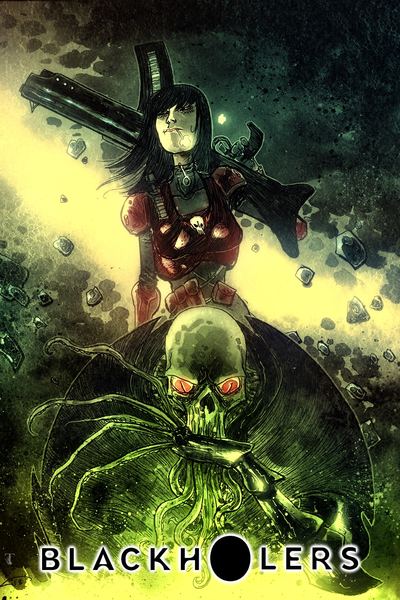 Furia, raised as a slave in the Teuthidian empire Drithium mines, tortured and blinded before she escapes, is on a quest for revenge against her former owners. Oh, and loot. Lots and lots of loot, as one of the most well known pirates or "Blackholers"as they're called, in the known galaxy. But war is brewing between old foes and Furia and her crew may have to put their lust for revenge on hold as they're caught up in a clash of empires and try to make a buck along the way.

The rest was completed on my patreon, with plans for a collection eventually! 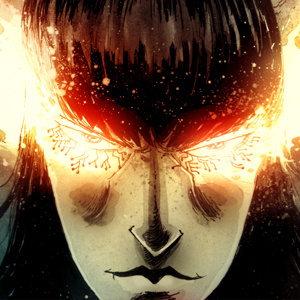