Smoke. Grey clouds rise over the reckless flames that sit in the not too distant city. Gothic, ancient architecture razed by the fire. Past, present, and future all being taken away slowly by the flames. All his hard work over the past decade: robbed from him. Thomas Wayne, the man responsible for the rejuvenation of Gotham in recent years, stared out of the large window without a single emotion showing on his face. He simply watched. Watched the flames grow higher and higher as it engulfed more and more of his city; all whilst he sat high above, in his manor, on a nearby hillside. It was like watching his child slowly die and being unable to save them. It was heart-breaking.

'Thomas!' A feminine voice called his name but he was so engrossed by the beautiful tragedy in front of him that he couldn't look away. 'Thomas, we need to go!' Finally his brain registered who's voice it was: Martha, his wife. Snapping out of his trance-like state, Thomas turned and saw her with their young son, Bruce. 'All my work...' Thomas began, his voice quiet and lifeless, 'the last 10 years of my— our lives. All gone, Martha.' Even as he looked at his family, Thomas couldn't bear to think about anything but his city, his hard work, and now his loss. 'We can rebuild, Thomas. Please. We need to go.' Thomas takes a final look out of the window. The glow of the flames faintly reflected in his eyes. 'Mr. Wayne, there seems to be some kind of commotion at the gates.' An older voice spoke this time, snapping Thomas out of his selfish train of thought. Suddenly it all became real. The city wasn't the only place under attack; now their home was.

Thomas rushed down the wide staircase of the manor to the front waiting area, where a tough-looking, grey-haired man, perhaps in his late 50's, stood waiting. 'Alfred, is the car ready?'

'Good. Thank you.' There was a sadness in Thomas' voice. Not for the city, but because he had a feeling this was the end. Part of him worried he would never see his friend, Alfred, again and it made him choke up slightly when saying his final words to him. Thomas signalled for Martha and Bruce to hurry down the stairs and they began their escape.

As the Waynes, accompanied by Alfred, rushed to the garage of the manor, a loud crash echoed throughout the grounds. A terrible thud, fuelled by rage and anger. A banging to be let in. Martha looked at Thomas, as they both turned to face the direction the noise had come from. They were so close to escaping. 'We can still make it.' Thomas said without looking at his wife, trying to be optimistic. 'We just need to be quick.' Martha's heart sank, but she continued anyway. If her husband was right, and they did have a chance, they needed to do everything they could to make it out alive.

Rushing through the seemingly infinite, near-identical hallways of the old manor, the Waynes heard another bang followed by shrieks and yells; noises that stopped them dead in their tracks. 'Thomas...' Martha looked at her husband, anxiously. He didn't want to admit it but it was obvious. They were caught; their escape cut short. The garage was still a few corridors away and the intruders weren't. Their time had come. 'I know.' He spoke softly, holding his wife's hand. Taking a deep breath, Thomas prepared himself to make the most difficult choice he ever would. 'We can't save the city, but we can still save our greatest work... Our boy.' Together, the Waynes look down at their terrified son with hopeful smiles on their faces and tears in their eyes.

The footsteps began getting louder as the intruders approached. 'I know this is a lot, Bruce, but you have to be brave now. Okay? I need you to be a big, brave man. Your mother needs you to as well.' Thomas looked into his son's eyes, kneeling in front of him, and felt tears forming in his own. 'Why can't you come?' Bruce's young voice whimpered. Thomas tried his hardest to hold back tears as he looked at his child. He was scared, and had every right to be. but Thomas couldn't explain everything to him now. It was too complicated. He knew though that one day he'd understand. 'Alfred will be with you. We'll all meet up later, okay?' Thomas lied. Bruce gave a solid nod and wiped his own eyes clear of tears. 'I love you, son. Always remember that.' Thomas stood up, allowing Martha to have her own moment with Bruce; a moment that ended with a gentle, loving kiss to his forehead. 'Go. Alfred, keep him safe.' Thomas instructed as he turned to face the thundering noise of approaching footsteps. Alfred nodded, solemnly, before taking Bruce's hand and guiding him away.

Bruce took a final look of his parents, as Alfred escorted him into an unfamiliar room. His final glimpse, as the door closed, consisted of a group of men charging at his parents with bats ready to swing. The door slammed shut, masking the noise of Thomas and Martha's head being crushed by brutal bat swings; but the following thuds, thumps and squelches as the men continued to beat the Waynes beyond recognition weren't as well hidden.

'Master Bruce, ignore it.' Alfred urged as he locked the door and ushered Bruce towards an old portrait leaning against the wall. Bruce couldn't ignore it though. No-one could. The manic laughs as the men caved in the skulls of his parents echoed through the manor; ensuring anyone else in the building knew that the great Wayne family had fallen. 'In here. Quickly, Bruce.' Alfred held the painting aside, revealing a hidden passageway.

'Are my mommy and daddy okay?' Bruce asked, not moving until he had an answer.

Alfred paused. He knew he couldn't tell the young boy the truth, but he didn't want to lie to him either. He looked into little Bruce's tear-filled eyes and sighed. 'Bruce, come on. We'll see them again, I'm sure.' Bruce, too young to understand Alfred's clever wording, took his answer as yes and quickly entered the hidden passageway. 'Come on, Alfred!' Bruce giggled, almost excited for their adventure into the depths of the tunnel, but there was no response and it began to get darker. 'Alfred?' Turning around, Bruce noticed the painting being pushed back into place: hiding him.

The door swung open as Alfred moved away from the painting. 'I thought I saw the butler.' One of the escaped Arkham convicts chuckled as he stepped towards Alfred. 'Go, now.' Alfred spoke more sternly than ever before. The convicts thought this was a warning to them but young Bruce Wayne, hiding behind the portrait - trying to move it so he could be with Alfred, knew who it was really for. Not wanting to leave alone, Bruce began to cry. 'Please.' Alfred's voice returned to a more calm, caring tone: reassuring Bruce that the words were for him. 'You should've been in Arkham with us the way you're speaking, you old loon!' The first convict swung his bat, only to have it caught by Alfred. Bruce heard the all too familiar thud though and assumed the worst, so he began to run. Further into the darkness, Bruce ran. He ran until he couldn't anymore then pushed himself to keep going. Eventually, he saw light. A warm, orange glow lit up the final stretch of the tunnel. As he emerged from the darkness, back into the light, Bruce saw he was just past the woods near his home. He was far away enough that no-one would look for him. He was safe.

Back in the manor, as Bruce escaped, Alfred continued to hold off the intruders: buying Bruce all the time he could. With the convict's bat in his hand, having disarmed him after the initial swing, Alfred was ready to fight. He stood firmly, ready for the next attack. When it came he met it with a swing of his own bat, followed up by a swift swing downwards: bashing the attacker's head in. He managed to incapacitate two or three convicts before their numbers overwhelmed him and his aged body let him down. More annoyed, angry and spiteful than before, the convicts held Alfred down and took turns beating and bloodying him with their bats and stomps. Unlike the Waynes, who's deaths had been relatively quick, they left Alfred to bleed out from his injuries: internal and external.

'Ladies and gentlemen, we have breaking news. In our sister city, Gotham, there has been numerous riots and attacks by escaped Arkham Asylum inmates. These attacks have escalated to a city-wide level with countless casualties; perhaps the most notable being that of the Wayne family. Reports are saying that the entire family was brutally murdered, including their young son: Bruce Wayne. We'll keep you up-to-date with this horrific story as the events continue to unfold but, for now, let's all say a pray for Gtham and those it lost tonight.' The news report left Metropolis in stunned silence. Only as it was being broken did the flames from Gotham become apparent to the idyllic city. In the following days, the news story would become global and, for years to come, no-one would forget what happened in Gotham that night.

Chapter One of Batman: First Laugh.

After a prison break in Gotham, the dishevelled criminals target Gotham's most prestigious, influential family: The Waynes. 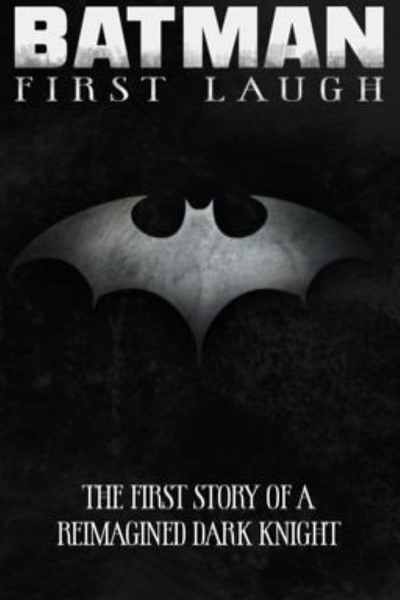 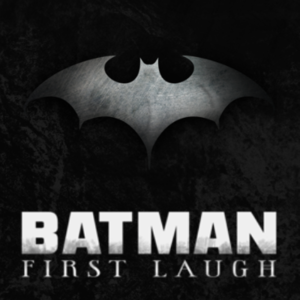