It hadn’t even been five minutes and Noah had already abandoned Eli. They’d driven here in silence, and Noah had ditched him . It was a house party, of. It was being held in a boarding house, there was just as many sober people as drunk ones and if the hushed voices he heard from people coming down the stairs was right, half the people here were already asleep. Seriously, what kind of party was this supposed to be?

Eli had wanted to stay home and sleep, but his dad, his dad, insisted he come out. After Eli complained about it to Noah he explained shortly, ‘it’s date night’. So out by his dad, abandoned by his brother when all he needed was to curl up and fall into a coma. He knew they’d be spending the night, so his eyes kept drifting to the stairs.

“You can go up,” A girl stepped into his line of vision, “There aren’t any empty beds so I’d recommend the first one you find with under four people you snag a spot.”

“With strangers?” Eli raised an eyebrow.

“Noah’s brother.” She nodded, and he suspected she knew that before she’d approached him.

Eli hesitated a moment and peeked at Noah to make sure he wasn’t looking in their direction. “He mentioned me?”

“I wrung it out of him," Kaylen confirmed, Anyway” she looked in the same direction as Eli, “I go join in before they start, go find yourself a bed.”

Eli stood awkwardly for another minute, waiting till Kaylen had joined Noah’s group who were crowding around a table of cards and cups, then he made his way up the stairs. Landscape paintings, images of deer, trees and waterfalls, lined the walls. There was even a bear’s head mounted at the end of the hallway.

He reached for the nearest door and peeked inside. There were two double and slumbering bodies covered every . Eli shut the door quickly before the sounds from downstairs woke them. He tried the next door and found the same thing. , and there wouldn’t be enough room on any surface for him to curl up on.

Eli pushed open a door in the middle. This room only had one double bed in it, and he perked up when he saw it was almost entirely vacant. Soft snoring reached him in the doorway. A commotion of giggles and hooting laughter bellowed down the hallway. Eli slipped inside the room, pulling the door softly shut behind him. He waited a second by the door, but the sleeping person didn’t stir.

Other people in the hallway did. Eli listened as curses and shouts came from all directions, and whoever had come up the stairs got cussed out by a dozen people. They pulled the doors shut again, and the hall returned to silence.

Eli couldn’t help shaking his head. This place was weird. Who came to a party to sleep? Apart from himself that was.

He made his way across the dark room, going to the side of the bed that was empty. The person was closer to the edge than the middle, so this shouldn’t be any trouble. Eli pulled his shoes off, then unbuttoned his top. He would have taken it off, and his jeans, but then he would have felt like a pervert a weirdo.

Staying as close to the edge of the bed, Eli settled down. Even from the distance he could feel the heat radiating off the other person under the covers. It was hard to ignore. It was probably because of all the moving he’d done the past few days, but all his exhaustion caught up to him and he drifted off. He let out a relaxed sigh, breathed in the scent of pines and let sleep take him.

A voice jerked Eli from his nightmare. His eyes flashed open, and he gazed up at a black outline. A black outline that was straddling his waist and pinning his arms above his head.

“You good?” The voice was male.

“What the hell are you doing?” Eli tried to pull his arms free.

“Protecting myself," The guy muttered, I’ll let you go if you promise not to hit me again.”

Eli pulled them protectively in front of his chest and the guy snorted.

Eli scowled up at him, opening his mouth for a sharp reply when something warm dripped onto his cheek. He flinched at the feeling of it running down his skin. The guy unmounted him and moved back to his side of the bed. Eli dabbed the liquid and squinted at it in the poor lighting. It was red.

Eli jerked up. “Are you bleeding?”

“You hit me” The guy grumbled.

Eli reached across him and flicked on the bedside light. The guy groaned and squeezed his eyes shut, turning away from it. “And now you're torturing me.”

“Don’t be such a baby.” Eli muttered pulling his face towards him.

“Baby?” The guy’s eyes slit open. The shade of green was bright enough to seem slightly luminous in the dim lighting, Eli’s eyes hesitated there a moment before examining his split lip.

“It’s not that bad” Eli gnawed on his own lip as he studied the gash. It was bleeding, the skin , and possibly the inside too. He let out a sigh. “Sorry.”

“Oh, it’s no problem. I love it when guys sneak into my bed and throw punches.” The guy said coldly.

The door swung open, cutting Eli off. Kaylen, a girl Eli didn’t recognise, and a guy Eli knew was one of Noah’s friends stood in the doorway.

“What the fuck Cameron?” The girl hissed.

Kaylen’s and the guy’s eyebrows shot up, and they exchanged a ‘holy crap’ look behind the girls back. Eli didn’t know what the drama was about, until Cameron got a hold of Eli’s wrist and moved it from his face, letting him turn towards the door. Eli couldn’t hold back the blush that crept into his cheeks. Their faces had close together, and Eli’s weight was leaning on Cameron’s thigh — he didn’t remember when that happened — and Eli had been cupping his face. It looked bad.

“What? What do you mean what?” The girl’s voice rose several notches, “You ditch me earlier and now I find you here screwing around? With a guy, no less!”

Eli scooted away, trying to remove himself from the girl’s vision. Cameron’s hand tightened on his wrist, to a painful degree, keeping him from moving back any further.

“Sweetie,” Cameron casually leaned a hand over and slid it into Eli’s hair, “Did you want to join us?”

The girls face went crimson. Kaylen, who Eli tried sending a desperate plea to, looked delighted. The girl’s furious gaze turned on Eli, and she seemed to notice that he wasn’t looking at her. She swung around, looking at the audience behind her and straightened her back.

“Cameron, we’re done.” She shot a final glare at Eli before storming off.

Kaylen covered her mouth, but Eli could see a wide smile behind the hand. “Later” She waved at Eli before pulling the door shut.

“Your crushing my wrist.” Eli broke the silence.

“You punched me” Cameron didn’t loosen his grip, “Several times”

Eli didn’t have a response to that. Besides sorry, but he didn’t really feel apologising anymore.

Cameron raised an eyebrow at him and a smirk curved his lips up. “Where’s my apology?”

“I already gave you one.”

“You said sorry once,” Cameron yanked him forward. “And it wasn’t very sincere.”

Eli blinked, and he was once against pinned on the bed. This time his back was to Cameron, and staring at the sheets. “What the hell?” He tried to dislodge the weight pushing him down, but Cameron didn’t even budge.

Eli gritted his teeth. Cameron twisted his arm behind him and pushed it down. “Ow, owstop!”

Eli didn’t want to say it. He was sorry about what he did but this guy was just pissing him off now. “Shouldn’t you go after your girlfriend?”

Cameron snorted, as if Eli had said something ridiculous. “Why would I bother?”

“Because she’s your girlfriend.” Eli stated the obvious.

Cameron just hummed. “Too much effort. And don’t change the subject. I want that apology.” He pressed his weight down on Eli, twisting his arm and making it harder to breathe at the same time.

“What the hell’s wrong with you?” Eli grunted underneath him. How could he act like this with someone he met? 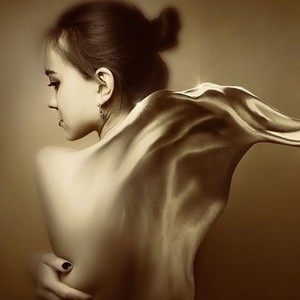 I wrote this story a few years ago on Wattpad. It was the first book I wrote (ever) and has certain tells of this fact. For anyone going into this story after reading my other work—this won't be of the same standard, but even though there's less skill here, I think my voice still comes through. Plus, it's interesting looking back to see how my writing, and story-telling has evolved. I hope you guys enjoy!
BTW: All the chapters are long, so I will break them up into part one/part two when I post. 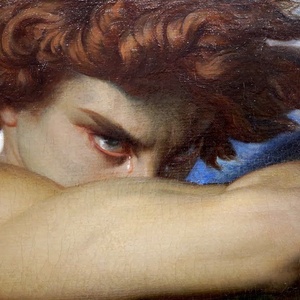 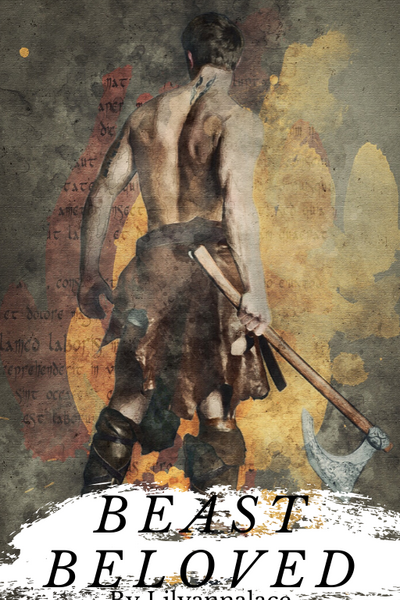 Eli ran from his mom's absentee lifestyle and her boyfriend's domineering one, in favour of his dad's picture-perfect family. Fitting in isn't as easy as he thought and the looming threat of being dragged back home makes it impossible to relax. Strange occurrences intrude into his life, disturbing the growing relationship with his family, and his intriguing classmate, Cameron Harper. 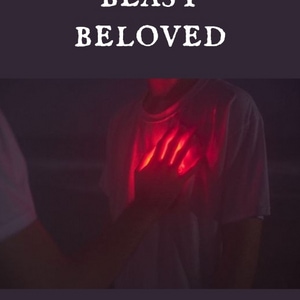