Beauty of the Sea

The sea, mysterious and alluding, holds the secret to this Kingdom. How the tides shift, the waves collapse against themselves, the darkness of its depths. It is the water that allows it to thrive, the water that brings its prosperity. Without the sea, the Kingdom would be nothing but sand.

The walls of the palace staggered over the smaller, more humble homes. The sand walls gleamed in the light of the setting sun, sparkling with dew.

As the sun painted the sky in golden yellows and rich purples, the people dressed in their classic attire, scattered to their homes. Rags for the Pobrens, robes draped over the Bastantes, silk for the Acaudalado, a simple but heavily divided caste. The Pobrens begged for food, the dirt on their skin was always there, the grime under their nails, the smell that roamed their bodies and into the nostrils of others was repulsing. The Bastantes dressed in leather, a hot and dense material that made their bodies sweat, fortunately, the odor was faint. The Acaudalados that lived in their much larger homes dressed the silk they were loose and flowed like the wind.

Bells tolled as the sun began to lower, curfew was here, the tide was rising in Aecor. Everyone hurried home, some taking longer than others. They finished their final sales in the marketplace, and conversations ended, greetings turned into farewells. During the nights, the tide would rise and touch the small huts and shacks that bordered the sea and the Kingdom: this is where Pobrens lived there, their homes would fill with water and flood their floors.

The castle doors closed, the drawbridge rose after all had left, the windows locked. The staff went into their quarters for the night; the guards stayed patrolling, some on the walls, some waltzing around the castle walls.

"Good night, your Majesty. Good night, your Royal Highness. May the tides sway with you." Said a woman staffer, dressed in a cyan green gown with a golden apron around her waist, white gloves laced her hands and arms.

"Good night, Everdeen. May the waves crescent in your ways." A woman, with dark hair and tawny skin, sat in a full crimson chair, a rug of white fur pinned to the ground by the legs of the piece of furniture, spoke with a voice like silk. Everdeen shut the brown, wooden doors of the room and walked away to the sounds of her heels clicking.

The woman seated in the chair held a book with a brown leather cover, carvings of the ocean and woman were on the front. The fireplace crackled as the flaming tongues licked the air, the wood snapped and popped, the aroma it let off was a delight to her nose. Her lips almost blended with her skin, but her eyes, her eyes colored the deepest blue accentuated with the length of her dark lashes and brows.

"Cora, you must get to bed." Another woman with much darker hair and tanner skin spoke, her face resembled the other woman's, Cora's, the shape of their bodies seemed tall and slender, but this older woman was taller with deep blue eyes laced with gold.

"The night has already come. What do you mean you are not tired?" Her voice was stern as her eyebrow rose and cocked, questioning Cora's antics. The way she spoke made her voice raspy but gentle.

"The night comes too soon." She flipped the page of her book.

"Cora, stop reading those fairy tales, they'll ruin you." Her mother's face filled with a grimace as she stared at her daughter's hands with the book she held. The disgust and disappointment she's filled with whenever Cora sits and reads these tales in incomparable.

"No, they won't, and they're not fairy tales just because no one has seen her, does not mean she's not real." She rebuttals. She hadn't turned away from her book, lost in the pages, once again.

"You must go to bed, at least. You have to wake early for your wedding rehearsal. Amor will arrive to wait until the very day you are to be wed." Her mother paused as she looked towards her daughter. Her eyes worried as she glanced up and down Cora, her fingers were flipping through the page, and her eyes haven't pried from that book.

"Cora, you are to be married for the sake of our kingdom." Her mother pursued her daughter's attention, resting a hand on her book.

"I don't want to marry a boy, mother." She hesitated, her chest tightened at her words, holding her breath. Cora turned back down to her book, scanning the words she has read over a hundred times, but they came to her like the very first time she picked up the book.

"You are not marrying a boy," the tension eased. "You are marrying a prince." The queen walked away from her daughter, shuffling the sheets on her bed. She was slowly panicking, unsure if her daughter could understand her worries. Cora stiffened, even with some weight off her shoulder, she still felt forced down.

"I worry, Cora." Her voice slipped through the crackling air. "You know that this is important. I won't be here forever, but still, you persist to read these fairy tales." The tension came back but tighter, squeezing around her frame like two stallions stomping on her. It wasn't the same like before, this time her chest was hot. It was filled with a sort of rage that she needed to simmer.

"Do you at least know your parts, correct?" Cora looked up from her book looking towards the fire, and the glowing tongues began to die down.

"Of course, I do. Why wouldn't I?" She hesitated as she stood from the chair and closed her book.

"You don't. You've given weeks to study them, have you been going with Everdeen?" Cora slouched, and her head turned away.

"Amor doesn't arrive until the sun is at its highest point. I have time." She attempted to reassure her tired mother.

"Cora, you are the heir to the throne. Act like it tomorrow." She was growing weak from this conversation. "Show our guests that you are meant to be queen." Darkness sat behind the queen's eyes — not gross darkness but one that filled space where the light was absent.

Her mother walked across the room, picking up a pitcher of water and throwing it into the fire, the flames hissed as steam filled the air.

Before exiting Cora's quarters, she hoped.

"Please, go to bed," her eyes drifted off. "If not for me, then for your father." Her gaze lifted to the portrait of a broad-shouldered man, hair pinned behind his head and tawny skin with dark eyes. Cora followed her line of vision and looked up at the man. Even as a painting, he looked so real.

"Good night, Cora." The queen gave up with a sigh as she left the room with a loud bang of the door.

The heir stared at the portrait. Why was it there? She had never seen this man, but she had to believe it was her father. How can someone be a father if they were never around their child? The fiery rage settled inside her.

Cora stood in the middle of the room as the moonlight filled the dark room. The thoughts of less than a day to learn her coronation routine, practicing to be queen and marry a man she had only met once. Her heart was in knots, and her stomach was churning. She was feeling too many emotions at once. Confusion, nervousness, resentment, anger.

An escape is what she wants. A feeling of freedom from being bound to a place she has known for too long. The stories, the books, everything she has read about has given her the spirit to journey across the sea, a journey she will never forget.

Cora undresses to covered herself in a dark blue silk robe and crawled into bed. She laid under her comforter and stared at the roof.

"You want me to be heir," she let out a deep yawn, "then I'll be an hei-" Her eyes closing slowly as she fell asleep to the thought of sailing through the sea and finding the deity she's been looking for. 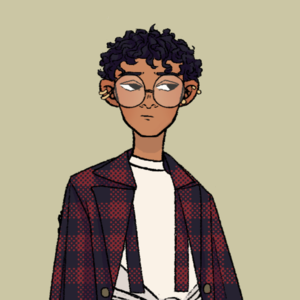 Like I said, sorry about the troubles, next two coming out now! :)

Interesting start! I'm sure adventure is waiting around the corner 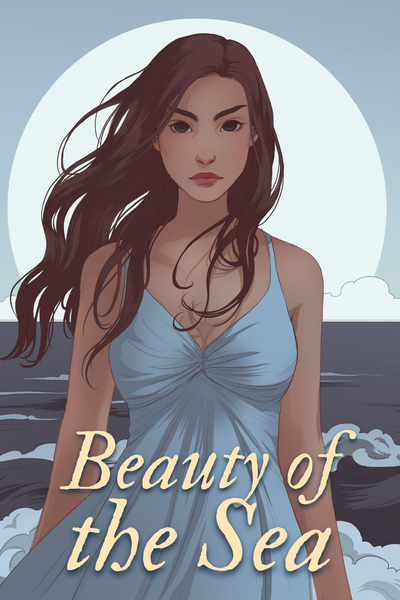 Beauty of the Sea

Cora is heir-apparent to the throne of Aecor and with endless duties to rise to her mother’s regal legacy, her anxieties and worries grow worse with each passing day. So, she distracts herself with the stories of a god: one that beckons the sway of the tides. But, when her suitor arrives, Cora’s life twists into a call she finally answers.

A call that sings her name into the wild waves beyond the kingdom where she will find tragedies of heartbreak, loss, and disappointment.
Subscribe 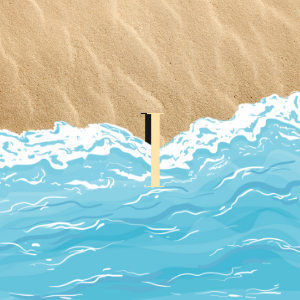