Eira opens her eyes and finds herself with a familiar sight. What was once a prominent city protected by Airen's forest lay before her in complete ruin. The people that filled the vast streets and socialized at every corner of the place were nowhere to be found, replaced by the unpleasant smell of blood that flooded her small, round nose. A formidable blue fire flooded the forest, consuming every vegetation and beast that was once part of it, inevitably carrying its flames all the way to the ruins.
She desperately tried to run away from such a sight, which she simply could not get used to, despite having been there more than once. However, despite all her efforts, her body didn't move, on the contrary, it seemed to want to move on its own, attracted by that specific place that Eira didn't want to visit. The struggle lasted a couple of minutes, in which she tried uselessly to resist the impulse that urged her to walk, but it was stronger and soon her body was walking with difficulty among the ruins, as if it had its own will. She wandered for a couple of hours, avoiding the collapsing buildings and the flames that threatened to turn her to ash if she was careless, all with the goal of reaching that small white building that was barely standing, which they called a cathedral.
Hastily, she entered the place, becoming completely paralyzed at the scene unfolding before her. She felt a cold sweat covering her back, as she shivered internally at the sight of such a spectacle. There was that man, the one with black hair and golden eyes whom she tried to stop countless times, sitting on a pile of corpses that apparently belonged to the citizens, while holding a bottle in one hand and his sword in the other.
The loud creaking sound of the door was audible in the whole place, and a shadow that she couldn't see clearly was slowly approaching. All she could picture were its red eyes and the huge grin it wore from ear to ear as it clapped its hands ironically with each step it took inside.
- Wow, I thought you'd never show up! - exclaimed the man in frustration as he took a sip from the bottle.
- Sorry for the delay, Mr. Hero, it's just that the scenery you have prepared was so fascinating that I couldn't stop contemplating it. In fact, it is so perfect that it makes me wonder, what is the meaning of this gift you have given me? - it replied without wiping off its smile.
The man averted his eyes for a couple of minutes and finally let out a laugh. The shadow opened its eyes wide as it wiped away its smile, looking in disbelief at the man in front of it.
- How curious, I thought the gift was more than enough for you to understand my intentions. - he commented mockingly. - The truth is that I'm tired of this, you know? Of confronting you. I'm not going to stop you anymore, that's why I've made this decision.
He moved gracefully in front of the shadow, with tousled hair and a complicated expression, kneeling right in front of it as he took its hand and placed his forehead in it.
- Oh, great King of darkness, let me join your cause, in return... I will destroy everything that stands in your way.
The girl who had witnessed the situation in silence until then started to feel tired. She was breathing heavily as she tried to stand up. An unparalleled number of violent and grotesque scenes began to invade her mind one after another, and all she could do was scream for them to stop. The oxygen entering her lungs decreased with each passing second, causing her enormous pain, until she couldn't stand it anymore. Eira collapsed, hitting the floor with a thud, watching as everything went dark.
Soon the only thing that surrounded her was a deep darkness, in which her body crawled weakly, until they both became a single existence. 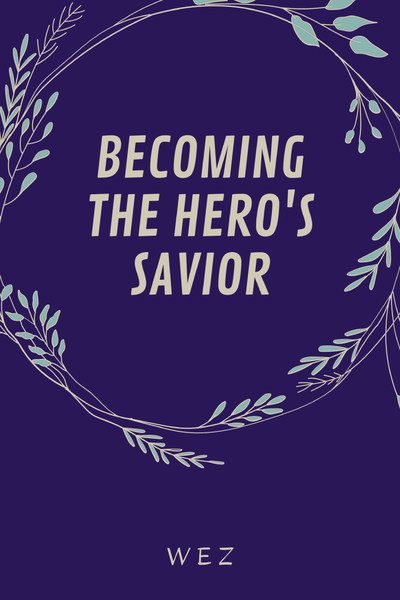 Eira has been tormented by the same dream for 7 years. A nightmare, where the hero of the prophecy betrays humanity. At least that's what she believed until a boy named Robin arrives at the orphanage where she lives and.... He turns out to be the hero of her dreams!

Now, she must prevent the hero's blackening and save the world before it's too late. Will it be too late to change her future or will she become his savior?
Subscribe 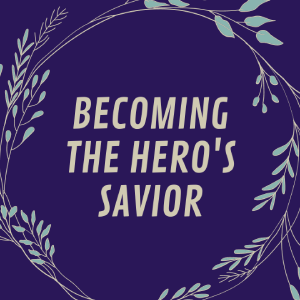