Being a journalist in the Queendom of Gale is a mild challenge, traveling long distances on horseback or afoot is what sometimes makes me wonder if I chose the best job available back then. You might have not noticed this right after we met on this rainy day at the Wing & Bacon tavern, but I'm an outsider. Right, I'm not supposed to be here for I have come from a very distant land where swordsmanship and archery are not really popular, in my humble or even ignorant opinion.

Unbeknownst to me is the method I might have used to get here, actually it was not that bad, this let me meet a nice young woman I have been dating since day one. Back in the days, I felt sorry for partially destroying her barn so I was forced to repair it before she could lose what was left of her cute patience. I did repay her for forgiving and feeding me till I could get a steady job.

My first option then was becoming a baker's assistant, do not laugh at me when I tell you I was kicked out the same day for burning deformed bread and baking some sort of charcoal cakes. Repairs were my next target, I offered my help as some sort of carpenter, the only house I started working in was consumed by flames overnight. You might now guess who was the one they blamed for it, even if it was not my darn fault, they used to light candles as some sort of peace offering for the departed. Sadly, their owners also joined those that are no longer with us...

First weeks, then months, had passed, and their children were going through a tough situation. Their aunt plainly stated she would no longer raise them for she could not afford feeding stubborn kids while her husband was jobless after the harvest season had ended abruptly. Farmers had lost a quarter of their crops due to some unforeseen flooding, ruining some of their vegetables.

The only time I had visited their hometown, I had discovered how mean her relative was, and felt sorry for the poor younglings. Winter was round the corner then, making me take the chance to unofficially adopt all the three of them.

Faye's elder daughter was very helpful and cute, I really ended up adoring her, still, she could be a bit hypocritical at times. As things were getting uglier than ever for us, they kind of got closer to me than they ever should be with a stranger like darn me. Seriously, I knew nothing about their culture! I could still manage to feed them once or twice a day, depending on my earnings I could even buy some roasted chicken once a month.

Yeah, I got to admit my girlfriend saved us from starvation and freezing on the road they very same day she let us stay at her home. For several months she thought we were an actual family until she noticed I did not speak their native language properly.

Honestly, our stay was not that comfortable from the very beginning, my lover dared to accuse me of having an affair with the elder girl. I had to tell her she was too young and short for my taste, even if their culture allowed guys like me marry fifteen year old girls like her.

This was the moment why I understood how important it was to let the kids grow up before letting them start their own family. Teens just think they are mature enough to deal with life as a newly wed couple, with no evidence to back up their claims. The truth is that experience does make a great difference when you try to solve issues and avoid stupid arguments, capable of destroying a marriage with just a lose bond keeping it together.

Later the girl and I had to come up with a plan to convince her about my innocence at last. That took us about two or three weeks of fighting like father and daughter to make my partner change her disturbed mind.

You now know how jealous she can be, but you still ignore she can also start hitting me or the kids out of the blue. We do need to go hiding right away once she starts complaining about pots or a pigeon that defecated on her dress. Just do not approach her if she has gotten mad, one of my previous bosses would insist on asking you to carefully listen to my advice!

Finding out the reason behind her craziness took me a year or so, she was a fifteen year old girl when she was married to a guy in his late thirties. After three years of doing pretty much nothing, besides eventually gossiping with her neighbors all day long, she was told by a friend that a relative had seen a man that certainly looked like her husband. He was courting a mildly wealthy widow, that woman was sort of young, about twenty two years old then. Since the eye witness lived in another town, my girl did not believe her even for a second, what a stupid mistake it was!

The man, once caught in an indiscretion, just preferred to vanish for good. That sadly meant my lover had to live upon her few savings until her friends opted to help her by asking her to sew clothes or become a cook's aid or work as a part time waitress. And yes, I made her life turn upside down the day I fell on her barn's roof, unwillingly breaking it apart.

You might now ask me why I kept complaining about her, why I dared to tell you her backstory like I've been doing for the last few minutes. Well, let us just say you only need to guess who is a few steps away from me, waiting for her reckless partner to finish writing his so called article. Exactly, that makes me shiver every single moment I get some spare time to think about my current situation. I got to be the first journalist ever that needs to bring his lover along wherever he goes. Man, I cannot take care of her and still make enough time to cover some event or attempt to unveil any dirty story people may want to tell.

What about our adopted children? It was obvious even for the blind man snoring next door that my girl would never stand our elder daughter getting close to me or hugging me while we are asleep. There was one time we had to bring her along. It happened because a relative of hers, not her witchy aunt for sure, only wanted to keep the younger ones while we were away from home. She suddenly kicked out my poor Susanne of our room, my girly girl should not be blamed for being an innocent sleepwalker.

Time should heal our wounds I guess, but that is not what pushed me to travel to the capital city of Aunis that fateful or boring day, depending on your current viewpoint mainly. As far as I could remember then, on one hand nothing really important had happened to me or anybody around. On the other hand my girlfriend might tell you a different story about how I cheated on her barefacedly and got beaten up by her bleeding fists and thick heels. Right, there was a suspicious rumor lurking around about the queen’s daughter, their lovely Princess Anna.

The only things I still recall from that week were the moment my boss asked of me to get an interview either from the female chancellor or the princess herself. The latter had been visited by some men that were supposed to have been courting her, including a not so well known prince of a neighbor kingdom. I really found it excessively insipid, he scolded me mercilessly for not understanding our poor female readers. That was the first time I ever heard that there was any female that loved reading our laughable mock of a county town newspaper.

Our travel was not bad indeed, the roads were a pain, but the bedrooms we got were good enough for a young couple. Late at night my girlfriend and I could play as long as we could before falling asleep, sadly I need to admit I have almost cheated on her.

You see, Susanne was an eighteen year old girl already, and somehow I managed to make my lover agree with me that we had no choice but to bring her with us. Plus she was getting old and had no boyfriend, meaning she should have married a guy a few years ago. I guess she accepted only because she seriously wanted to believe Sue would get away if she ever met a man that could make her fall deeply in love with him.

One morning when it still was dark, Susanne slipped into the bathroom right after me. She kept kissing me on my troubled lips and confessed her love to sleepy me. Actually, she did not kiss like an amateur as I would have expected from her, even so I was not planning to leave my partner for Sue. After arriving at the next hostel, the elder girl looked worried about something serious so I approached her to find out what it was.

“I do suspect I might be expecting a baby already…”, she nervously stated then while on the brink of bursting out in desperate tears.

I did not feel sorry for Susanne, instead I laughed at her out of nowhere since my lover would never leave me alone longer than deemed necessary. We had got some suspicions regarding one of us being infertile for any reason, and I cannot recall a single time where Sue and I had ever been that close as to get a chance to spend some nice time together. Had I ever gotten drunk?

My landlady was so tender that I had no choice but ask her out. We spent some time together and everything was great. One day she finally made a fateful disclosure: she had some children that were living with her aunt.

Her relative grew tired of that situation and simply kicked them out after learning about how disastrous the harvest season had been this year. Oh and my beloved partner's elder daughter is eighteen already... 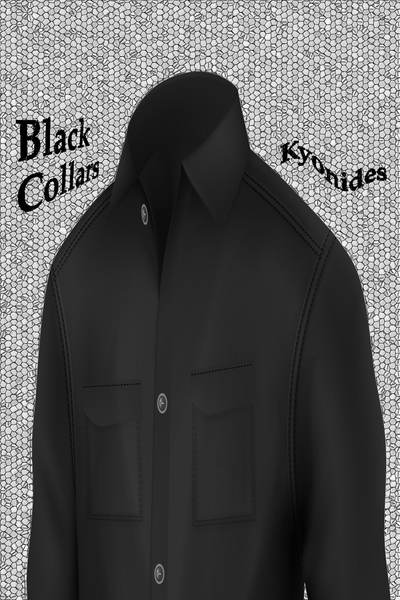 My life was not ideal but I seriously had some stuff to do there like, err, getting a long awaited promotion before I could ever wind up falling down out of control and destroying a house or her barn. to be more specific. Man, I can tell you that it seriously hurts!

So was it a good idea to become a journalist here? It is not as if I were a big deal in my previous life, yet, I have to repay my debt to my poor, long suffering girlfriend. I cannot watch her drop any more tears ever again.
Subscribe 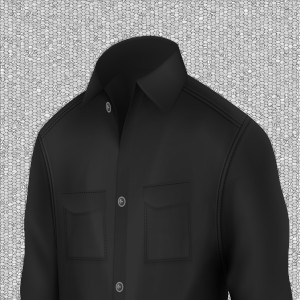