Bound in Flesh and Mind

The bottle smacked against the tiled wall, its few remaining contents spilling into the basin, one getting lodged in the drain. Henry cursed as he squeezed his throbbing stomach, his body curled up on the bathmat. The medicine was worthless, it didn’t help at all. Placebos, sugar pills, mints; "that’s all the bastard gave him”, he declared between spits of rage to the bathroom floor. The pain was worse than ever, it now felt like a hive of venomous wasps were zipping around his stomach, chewing at the flesh and belching sulphur. An infestation that bred indefinitely, incubating inside of the lining. He thrashed out as a razor sharp wing sliced across the stomach wall, trying desperately to distract himself with random violent fits. His leg struck the pipes below the sink, and he fell into sobs.

Henry’s pain had started three months prior. At first it was a mild discomfort, but soon there came periods of near unbearable aches. His daughter had dragged him to the clinic despite his grumblings. That is where he had been assigned to Dr Prighton. A man he despised for how useless he had been in helping him. The course of tablets did nothing, the massage treatment was a waste of time, and every reassuring word that came from his greasy mouth was infuriating. At least that was what Henry told himself most of the time. When the pain was dull, his morals somewhat returned, and he felt twinges of guilt for the man. He was quite a friendly doctor. He always seemed to have a kind smile on his face; he had a box of chocolates in his draw that he would offer each time you had to meet him, all his other patients remarked on how good he was, and he never seemed to falter under the stress of Henry’s own outbursts. It wasn’t his fault, Beryl would say, it’s just how things go, and Henry knew this. He berated himself every time he felt otherwise. But on the other hand, it sometimes felt good to blame the fat fucker, scream into his face and prod into his portly belly. An explosive therapy.

Henry lay on the couch, the agony dying down for a moment.

“I’ve scooped up the rest of the pills, but I think most of them have gone down the drain” Beryl said, grabbing another pillow for her father.

“Might as well throw the bottle away then, they’re junk anyways”

“You’ve got take your medicine Dad, Dr. Prighton says it may take a while for them to take effect”

“A week is long enough for me to know if somethings working or not, or are they going to magically cure me tomorrow?” he scowled thinking of Prighton’s face.

“It has gotten worse! I’ve had five different medications now. Pills and syrup aren’t obviously working. What snake oil is he gonna give me next. A little acupuncture? Voodoo?”

“…Or perhaps he’s going to shove his hand up my backside with a repository?”

“Same damn difference!” he turned to press his face into the cushions as he felt a twinge of pain begin to crawl back. Beryl sighed

“The tablets are at the front in the cupboard, I’ll call around again tomorrow.” She kissed his cheek and then left, henry grumbling to himself as he clenched his stomach.

“How are the tablets going Mr Franklin?” Dr Prighton asked as he idly scribbled notes onto a pad.

“Shit” Henry replied with a forceful temper, though not looking into the doctor’s eyes. He was sick of seeing him and his smile. Another appointment, another recount of failure.

“That’s unfortunate, I was hoping that the last prescription would have done it” he scratched at his temple, just below his receding hair-line “Was there any change at all though?”

“None, I think they’ve made it worse even!” Henry barked.

“Well can you describe this pain?”

“Same as always… just more intense. like I’ve drunk gallon of petrol and swallowed a lit match” he said, instinctively holding his stomach at the thought. The doctor scribbled some more and then leant back in his chair, a look of contemplation on his face.

“We could up the dosage or try one last medication” he said, looking henry in the eye “It’s more tablets though I’m afraid”

“And what if this one fails?” Henry said, his mind already made up

“Well, we’ll have to get you booked in at the hospital, have a few scans to see what’s going on in there”

“Shouldn’t I have already been for these tests?” Henry snarled, nearly spitting.

“Oh no Mr Franklin, I assure you that this is simply an internal irritation of some kind, my own tests have shown this. There’s nothing too serious going on inside. The scans would just be a last resort”

“Can I get an X-ray anyway?” he demanded, glaring at the doctor “I think there ‘is’ something wrong, an “irritation” can’t cause this much pain can it?”

“Like I have said before Mr Franklin, there is a few common troubles that are…”

“Please?” He furrowed his brow and tried to make himself look as sad and pitiful as possible. The doctor sighed

“I’ll see what I can do, it may be a while though”

“Thank you” Henry forced out

“So, I’m assuming that you want to try the new medication first though?

“Good, good. Take this note to the reception, they should get your prescription paper for you.” He quickly scrawled in his notepad and handed Henry the torn out page. “ Now, is there anything else you would like to discuss?”

“No… no there’s nothing”

“Well, I’ll see you next Thursday, three-thirty as always shall I?”

“Yes, goodbye” he quickly scurried out the room before the doctor could respond.

In the waiting room by the reception were two women that looked heavily pregnant. Henry wondered to himself whether childbirth would be worse or more of an ecstasy compared to the pain he had been feeling. The queue moved and he handed the note to the receptionist. A dumpy woman with cartoonishly round spectacles. She looked at the note and then filled out a new form.

“Take this to the chemist next door, they’ll sort you out” she said, a faux smile on her face as she handed him the form. He sighed at the hassle and left. He considered not getting the medicine, but Beryl would have a fit at him he did.

Back at home, he stood before the bathroom mirror. He was definitely fatter than he used to be but being off of work and lounging around the house couldn’t be doing him any good he thought to himself. The prescription bag was perched on the side of the bath, he hadn’t even opened it yet. A minor idea of defiance. His stomach began to rumble, and he groaned pre-emptively. He gritted his teeth, waiting for the first prick of agony. Its timing did not disappoint. He slumped forward with the shock. The agony was excruciating. He clutched his stomach in a futile attempt to restrain the pain. His stomach was hot. He somehow hadn’t noticed till his hand felt the tingle of warmth piercing through his t-shirt. It was burning, like a fire had been lit on his skin. He was nearly sick as it began to grow, overwhelming even the previous pangs. He needed to see it, to make sure the fire wasn’t real. He carefully lifted his t-shirt, the fabric tracing as gently as it could against his flesh. His stomach was a crimson red. Near enough glowing. Faint lines were growing over his stomach like vines on a trellis, its paths splitting up the red. Pain and shock took his consciousness soon after.

A brief stream of vomit left Henry’s mouth. His stomach looked fine in the mirror, but the red lingered in his mind, the only difference being faint beginnings of wart like lumps on his stomach. they were clustered together in three patches, one on his right side, one underneath the overhang of his belly, and the last just to the left of his navel. He had awoken to the ringing of his cell phone, Beryl checking up on him. He hadn’t said a word about his stomach. It was just an hallucination created by the pain after all. The lumps being from stress. The bottle of medicine lay on its side by his feet, several of the yellow pills inside had spilled out on the bathroom rug. After the call ended, he had felt his stomach quake, and so grabbed his medication in a flurry of panic, wrenching the safety cap off with brute strength. He downed several more pills than he should have before realizing that it was just hunger. He hugged the bowl, his eyes blurry from the bleach. He stared at his vague reflection in the dense mixture of water and bile. He was a wreck, and this was how he felt on the inside, a reflection of self-pity and disgust. Dr Prighton was definitely to blame this time. He was a lazy bastard, not bothering to get Henry referred to the hospital. Or maybe he was just sadistic, enjoying and revelling in prolonging his patients’ agony. Just sitting on his little throne, gorging on lard and misery. Henry decided there and then that the next time he saw the doctor, he would put his foot down and demand to be taken to the hospital right away. Henry Franklin has chronic and seemingly ever-growing stomach pains and feels that Doctor Prighton isn't helping at all.

Notes:
1. Contains body horror
2. This story has no political message and is not anti-doctor, its just a story that I wrote a long time ago. I apologise if any offense is taken. 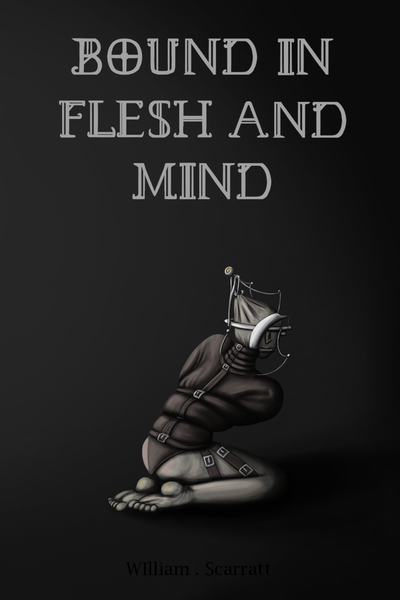 Bound in Flesh and Mind

A collection of short horror stories involving a variety of subgenres, most of which relating to psychological horror and body horror.
The gleam of a needle flickers in the dark as a beasts' chest is stitched shut. Its heart beats with the last thread being pulled taut, and it begins to breath. The muscles are sore and cant move without stinging. The eyes are still young and cant bear to face the light. The bones are stiff and heavy and wont bend. The mind though, the mind was already rampant and spinning. A thousand rushing thoughts colliding and spilling, an ocean of ideas that the bearer could never comprehend. The voice was found and the beast called out, finding its ears to work. It heard another voice separate from its own. A command from another, something that could help ease the strain of its thoughts and the pain of its body. Something to distract itself with.
"Tell me a story" the other voice said, and the beast began to speak.
Subscribe 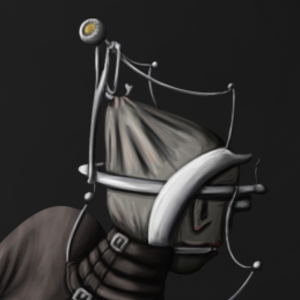