Burnt from the Heat

“I know it does Aosh,but we have to wrap your arm up so it doesn’t get infected.”

The youthful raven-haired man inspected his work before he lifted his son onto his lap.

“All finished!” He boasted with a toothy smile.”Now you can’t mess with it until it heals, do you understand me?”His father looked at him sternly but his upturned eyes gave way to the playfulness behind his words.

“I do, but why did my arm start bleeding?” The boy sniffled while he cautiously touched where his forearm was bandaged.

The child,named Aosh, was the spitting image of his father with equally dark locks that swept about wildly on his head,coming to just above his ears. Those big obsidian eyes ,that still held tears from the pain he had suddenly endured, implored the older man for an answer.

“Aosh, do you remember the sub-gender classes you had earlier in school this year?”

Dutifully the small boy recites the things he learned in the classes;counting each point on his petite fingers as to not forget one.

“There’s Alpha, Beta, and Omega. There’s a lot of Betas, a whole lot more than Alphas or Omegas.Um, my teacher said we won’t know which one we are until we get a little older…Oh! Omegas can have babies and Alphas can’t, but I can’t remember what she said about Betas… something about..phera-pheramuns?…” his face scrunched as he tried to remember that long word again and anything else he was taught, but before he could say anything else he was cut off.

“You really are like your dad in moments like this.”The man shook his head with a sigh.

“How so?” comes a voice from behind where the two are sitting in the living room.

A taller man, the same age as the first, approaches from the kitchen with a red ice pop in hand.His rich caramel-colored hair frames his sharp features nicely and his eyes curve along with his lips when he smiles at the two seated on the couch.

“Sometimes you take things so literal. Look it’s even rubbed off on our poor child.”

“I’d say it’s better than him being rambunctious like you, Ryuji.”

“Gasp, Kellan how dare you…”

Aosh had long stopped listening to his parents’ playful banter, as he was now occupied with the ice pop his dad had brought to comfort him. Having finished playing around with his husband, Ryuji questioned Aosh once more.

“Honey, did your teachers say nothing about mate marks?” the boy shook his head,continuing to suck on the treat. Ryuji gave a disapproving look to Kellan, a look that said: ‘What is this goddamn school even teaching our child.’ At this reaction,Kellan decided to take the initiative to explain.

“You’re a big boy now, Aosh, and when you get to your age your mate mark appears.” Kellan began;sitting next to them on the couch. Ryuji interjected.

“Why don’t you show him yours honey, I think it’ll make more sense if he can see for himself.” The other nodded in agreement and showed the boy his wrist.

The brunette’s wrist had letters scarred into the flesh, it was an old scar that almost lay flat against the skin and was paler in comparison to the rest of his honey complexion. Aosh ran his fingers, that were not currently occupied with the treat, over the letters, letting out a small noise of wonder from his crimson stained lips. Kellan continued.

“Mate marks appear on just Alphas and Omegas. When you were born there was someone, somewhere that was born at the exact same moment in time as you. Down to the moment that you both drew your first breath. When you get a little older, like you are now, your mate mark appears and is a scar that you carry around for the rest of your life. It is said that you and the person that bears your name in kind are bound together by fate; meant to be together as mates.”

Aosh nodded in understanding but looked at his father confused.

“But papa, where is yours?” Surely his father had to have one as well,right?

The raven-haired man showed his son where his mark was supposed to be, on his chest, but in its place was a name that looked like it was drawn on somehow. Aosh licked his thumb and gingerly tried to smudge it off, like how his father had done to him on more than one occasion when there was something on his face.

Ryuji chuckled at his adorable son and used his sleeve to wipe off the sticky saliva.

“Why does it look so different from daddy’s mark then?”

Ryuji exchanged looks with Kellan and was at a loss on how to explain it to their son. The reason was more complicated than what a six year old could comprehend, and something Ryuji wouldn’t want to explain to him until he was much,much older. Kellan opted to continue the conversation in a different direction.

“Anyway Aosh, one day you’ll find the person whose name is on your arm, and they will be your fated mate. Just like your father was mine.” The men looked at each other lovingly and kissed. The young boy looked at his parents’ display with admiration and wonder.His big eyes absorbing  the pure love they shared for each other in that single moment, committing it to memory.

“You have to wait till it heals Aosh.” Ryuji reminded.The boy jumped off the lap he sat on and ran towards his room.

“I’m going to go try to guess what name it is! Oh my gosh, we are going to be best friends! I wonder if they like to play video games too! Oh my gosh! Oh my gosh!” He closed his room door, but the men could still hear his excitement from where they sat.

“It certainly is refreshing to see him so excited. Nowadays it’s more common to get a mate mark removed than to keep it.” Kellan sighed, looking down the hallway where his son just ran down.

Ryuji was silent for a moment as he eyed the part of his chest that had Kellan’s name tattooed there. The skin under the tattoo had a different type of scar on it. Perfectly smooth and oval in size, but held no name across it.

“…Do you think we should…” his voice trailed off as Ryuji looked at the other;his usual child-like features uncharacteristically morose. Ryuji didn’t have to finish his sentence. His husband knew what he was referring to.

“I don’t know how much good it’ll do to be honest. I mean we still got together regardless if you had the mark or not. I think ,in the end, if he doesn’t want it it should be his choice. We should at least give him the choice you weren’t given.” A moment of silent contemplation passed before their eyes met once again, and not soon after so did their lips.

Thank you for reading my novel! This is my first BL and as such this story is very near to my heart so i hope you enjoy it! Comments are always appreciated and loved ^w^
I will be marking this series as mature as it does become so later on so please keep that in mind! 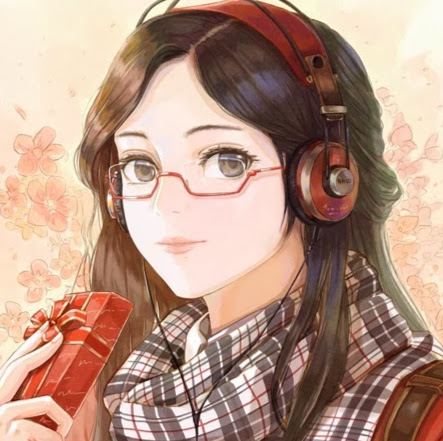 I really want to know what's going on with his parents. There's more to these marks than meet the eye. Exciting start! 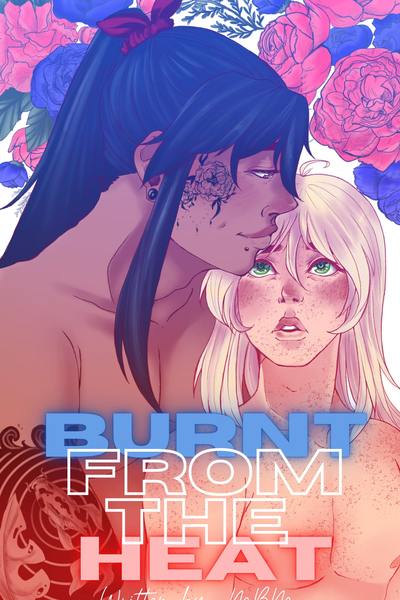 Burnt from the Heat

Aosh Tsustumi is the textbook definition of an Alpha; devilishly good looking with the brains to match and a killer smile. Although society says Alpha’s are supposed to act a certain way, Aosh lives his life far from it. This kind hearted and sensitive Alpha only wants to find his fated mate,Tiza Jeannot, the person whose name has been scarred on his body from childhood. The two have never met, but Aosh is determined to have the happily ever after he's always dreamed of.
Subscribe 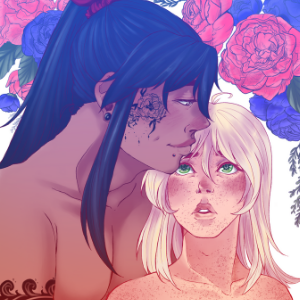