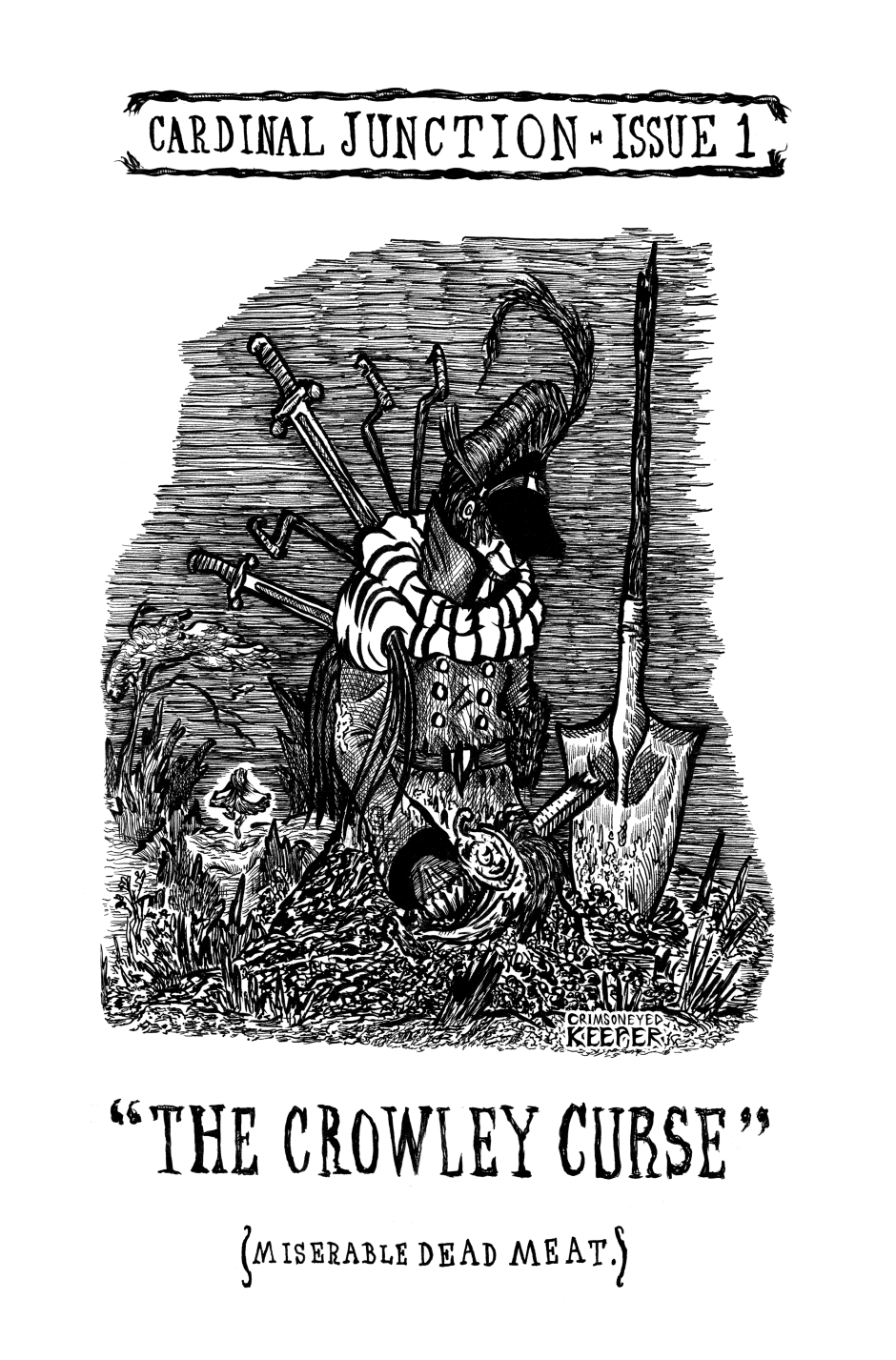 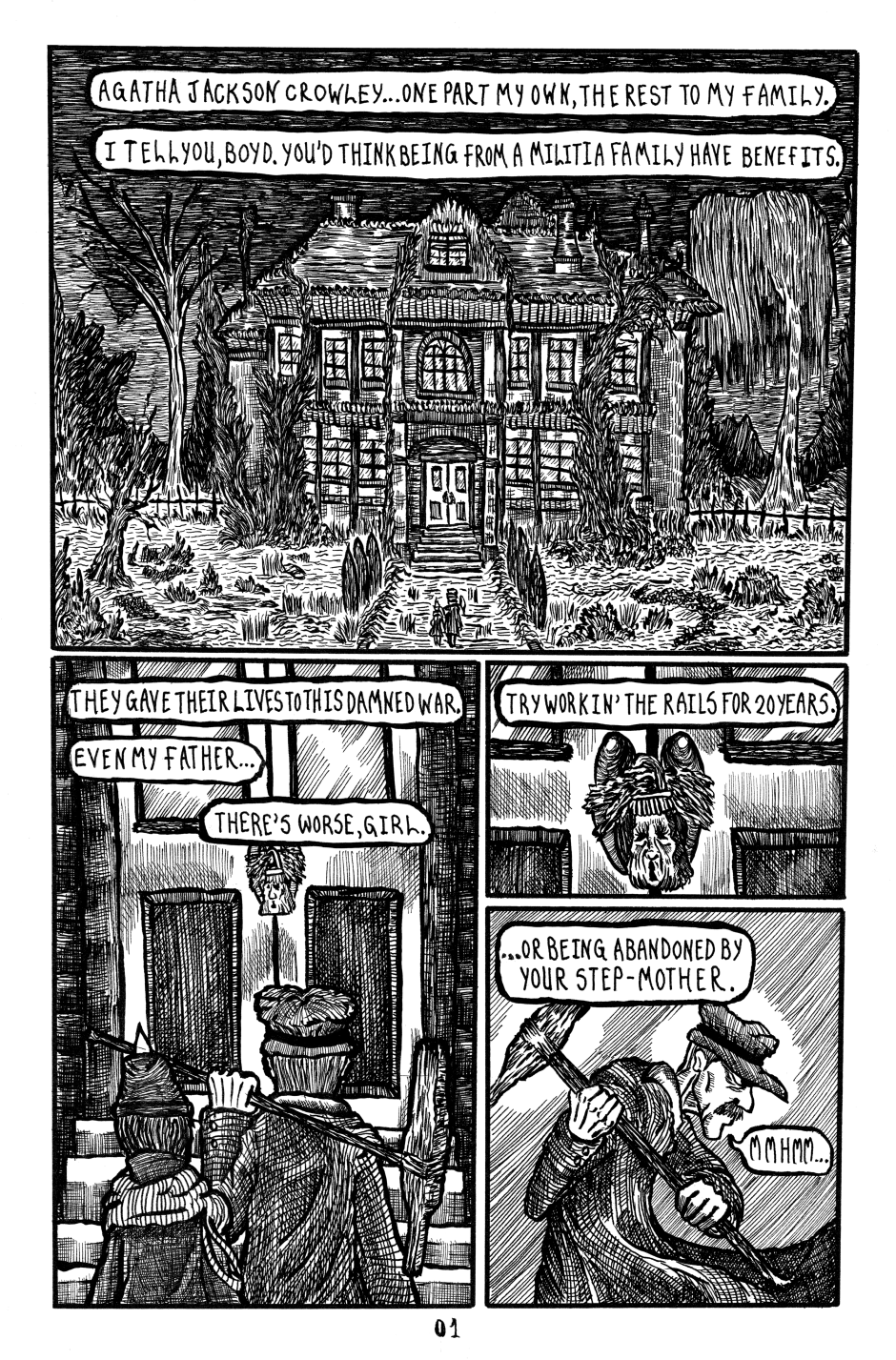 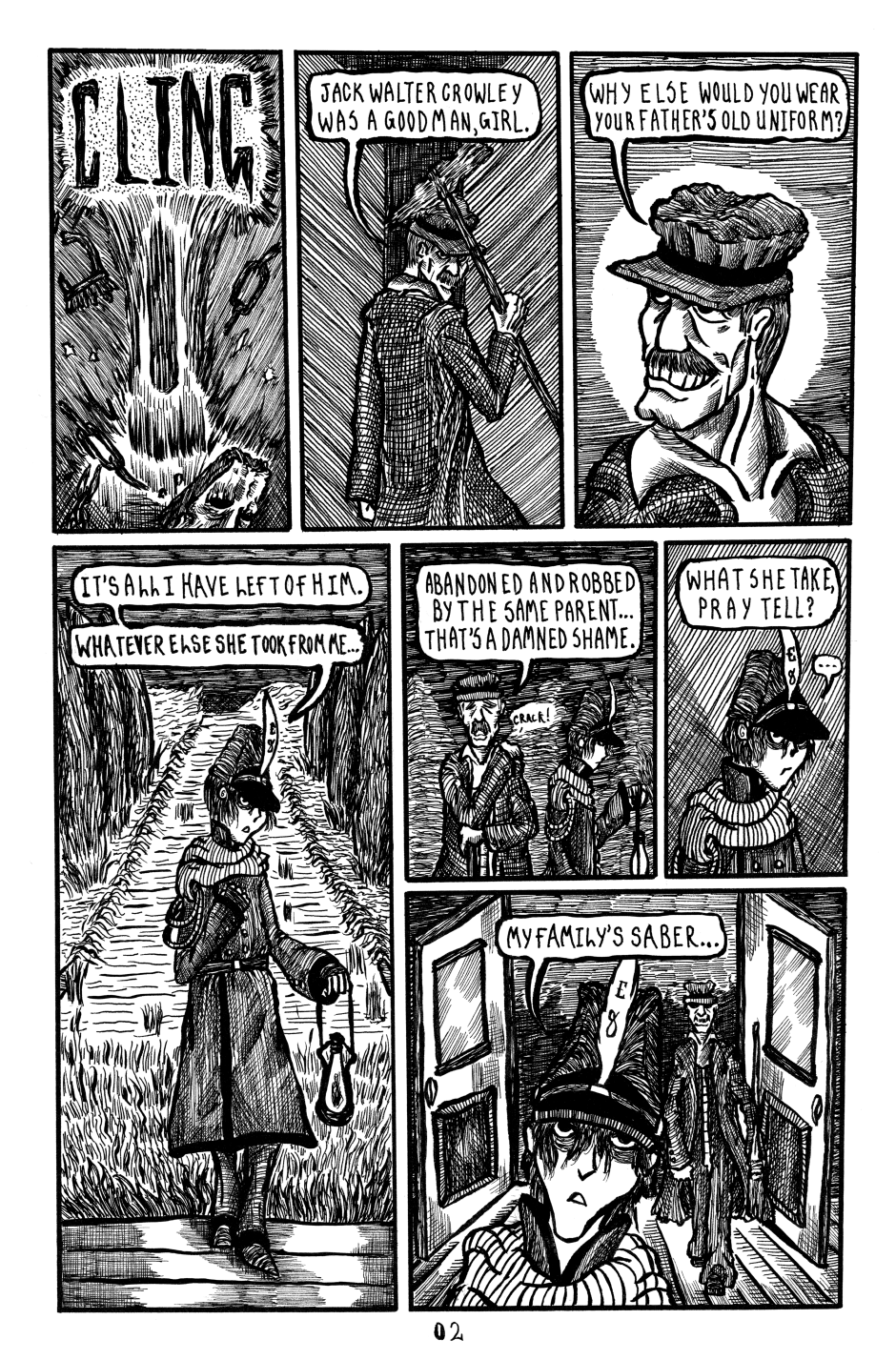 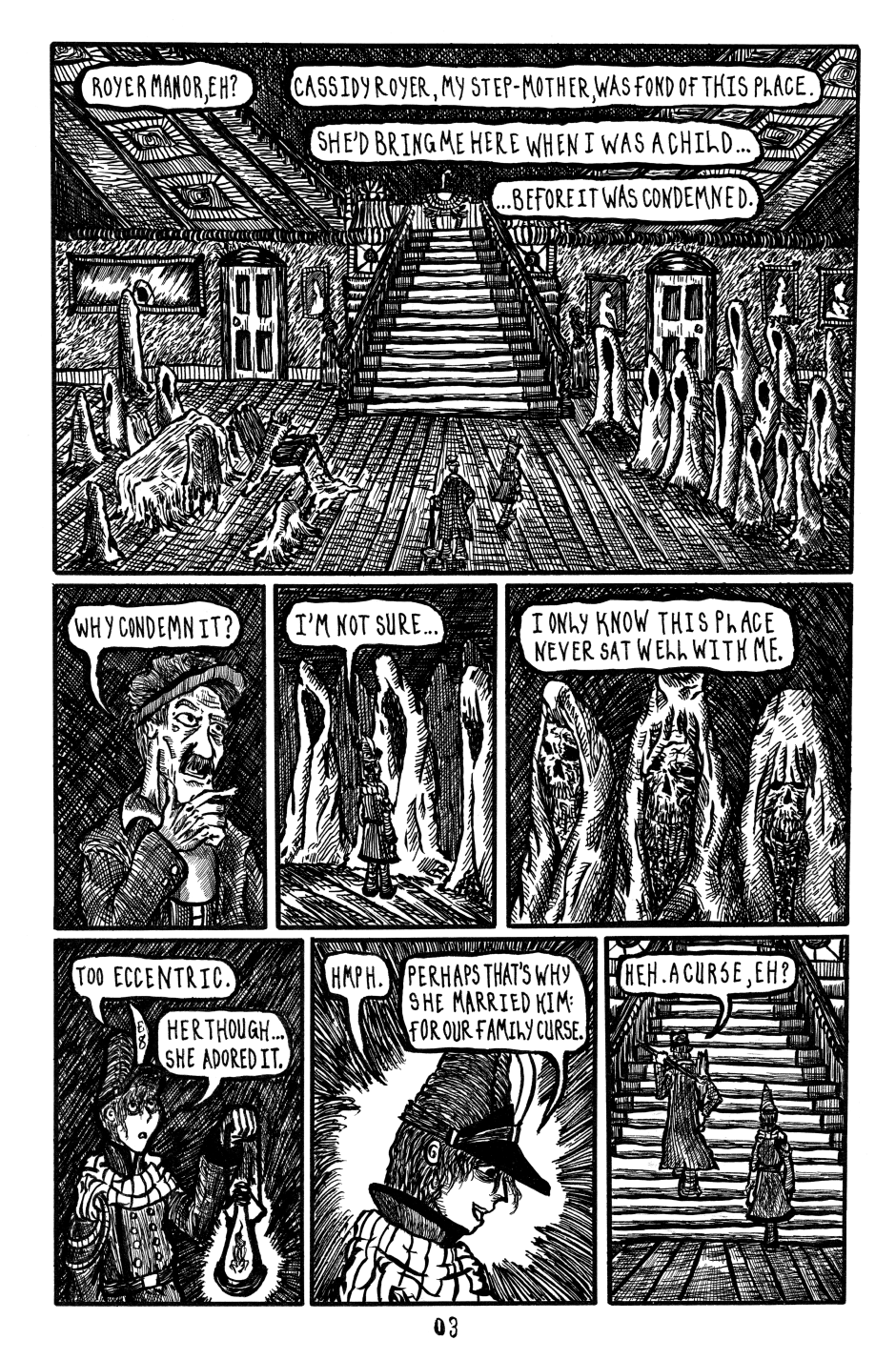 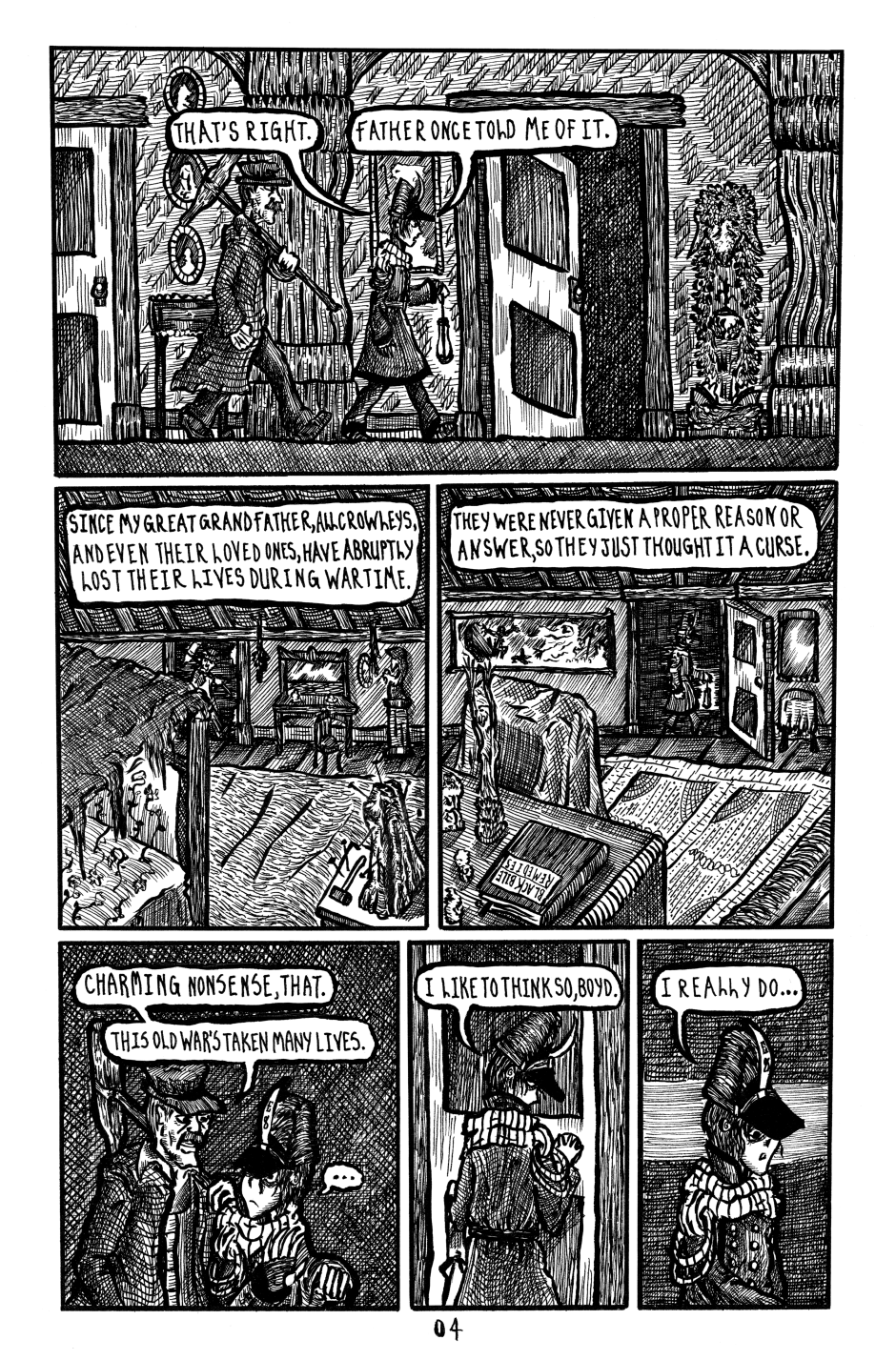 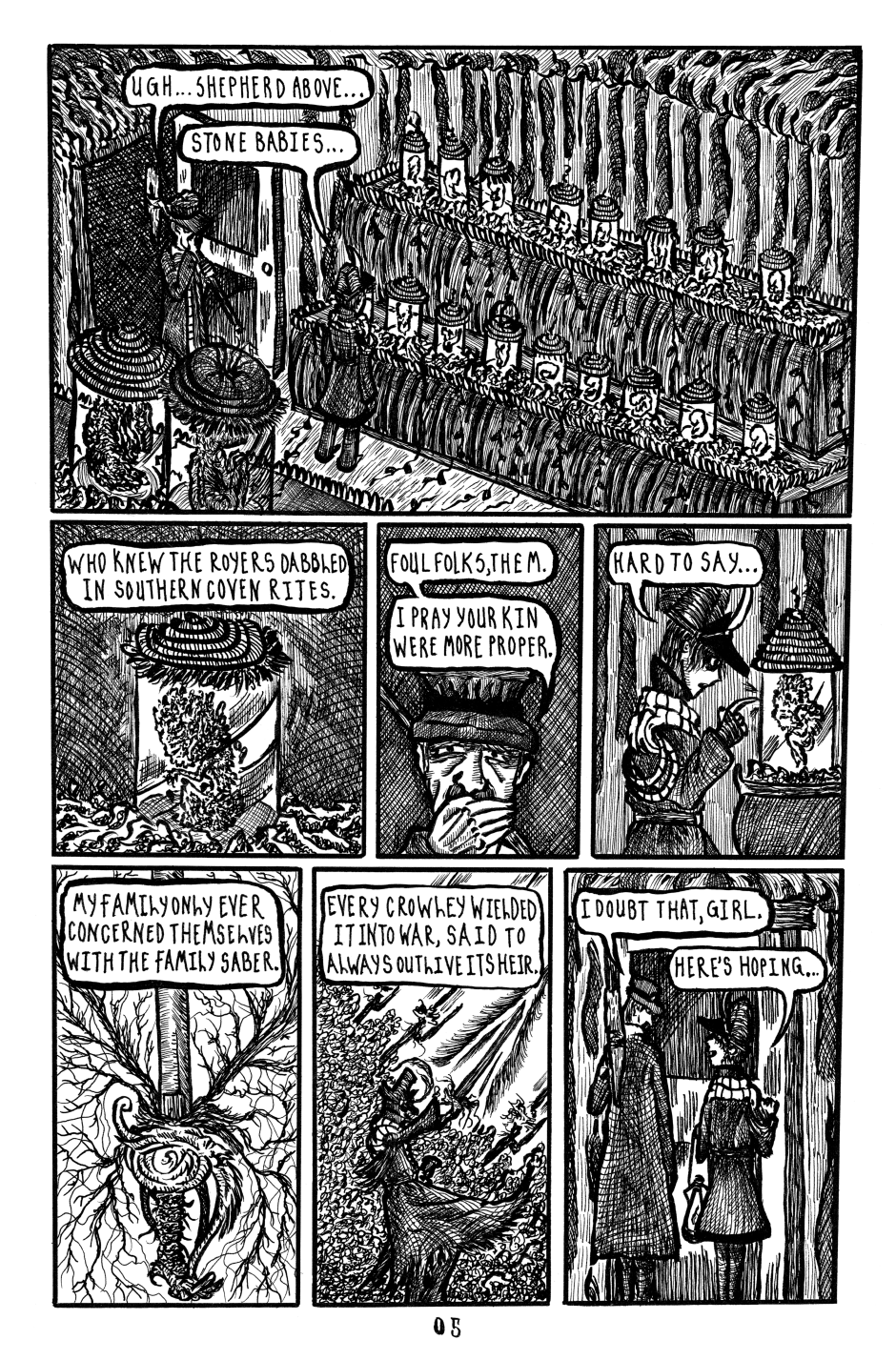 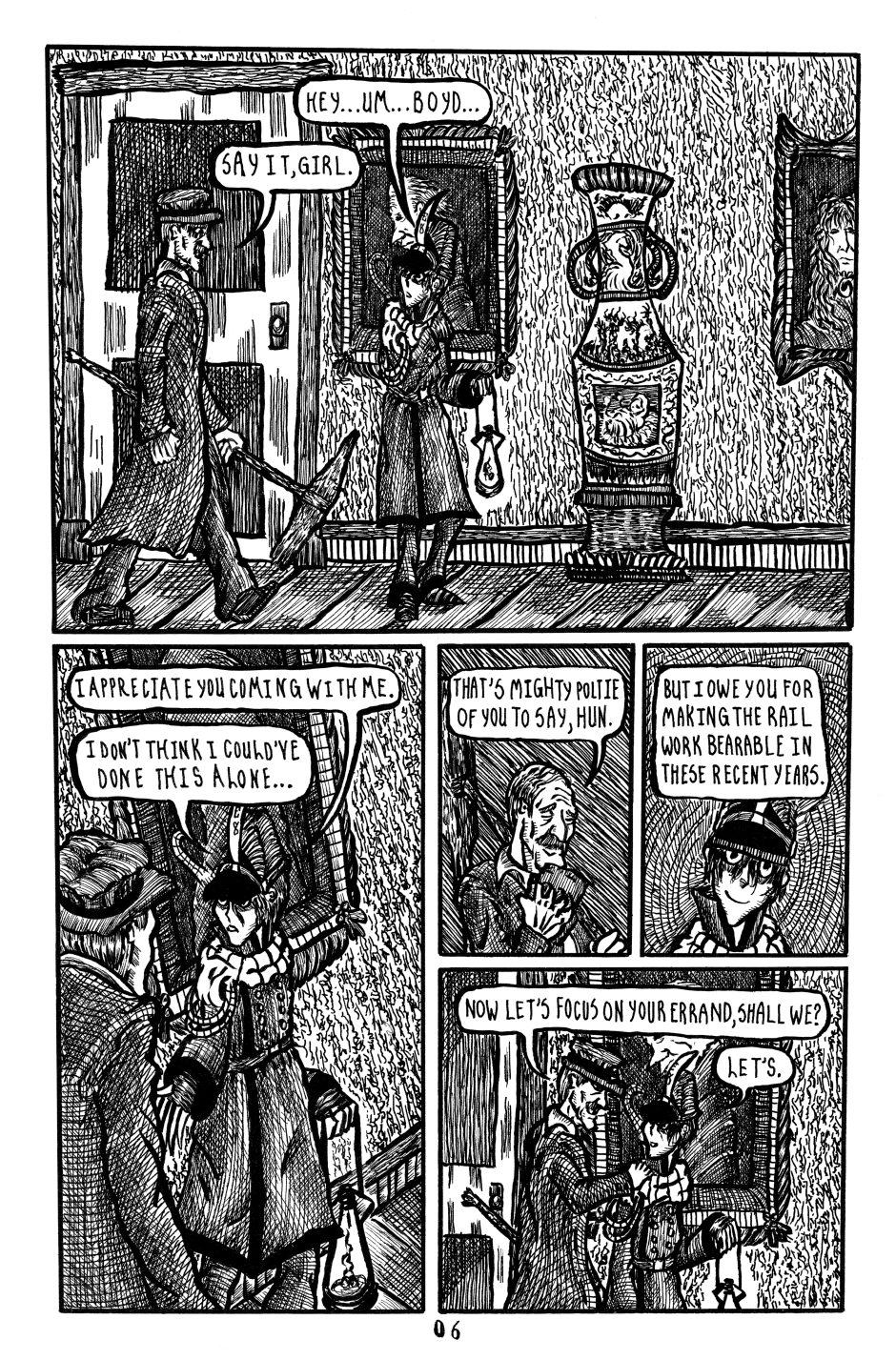 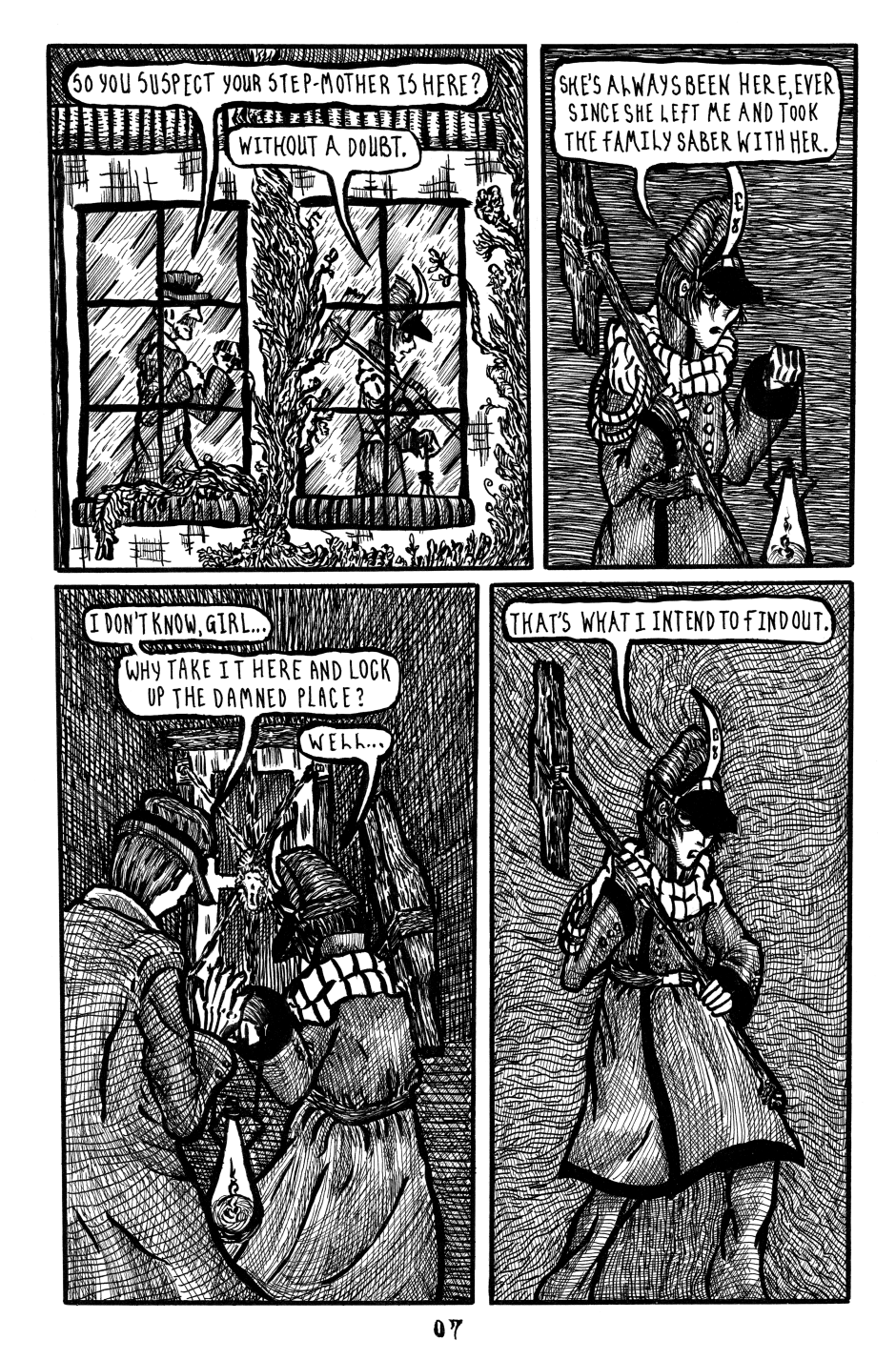 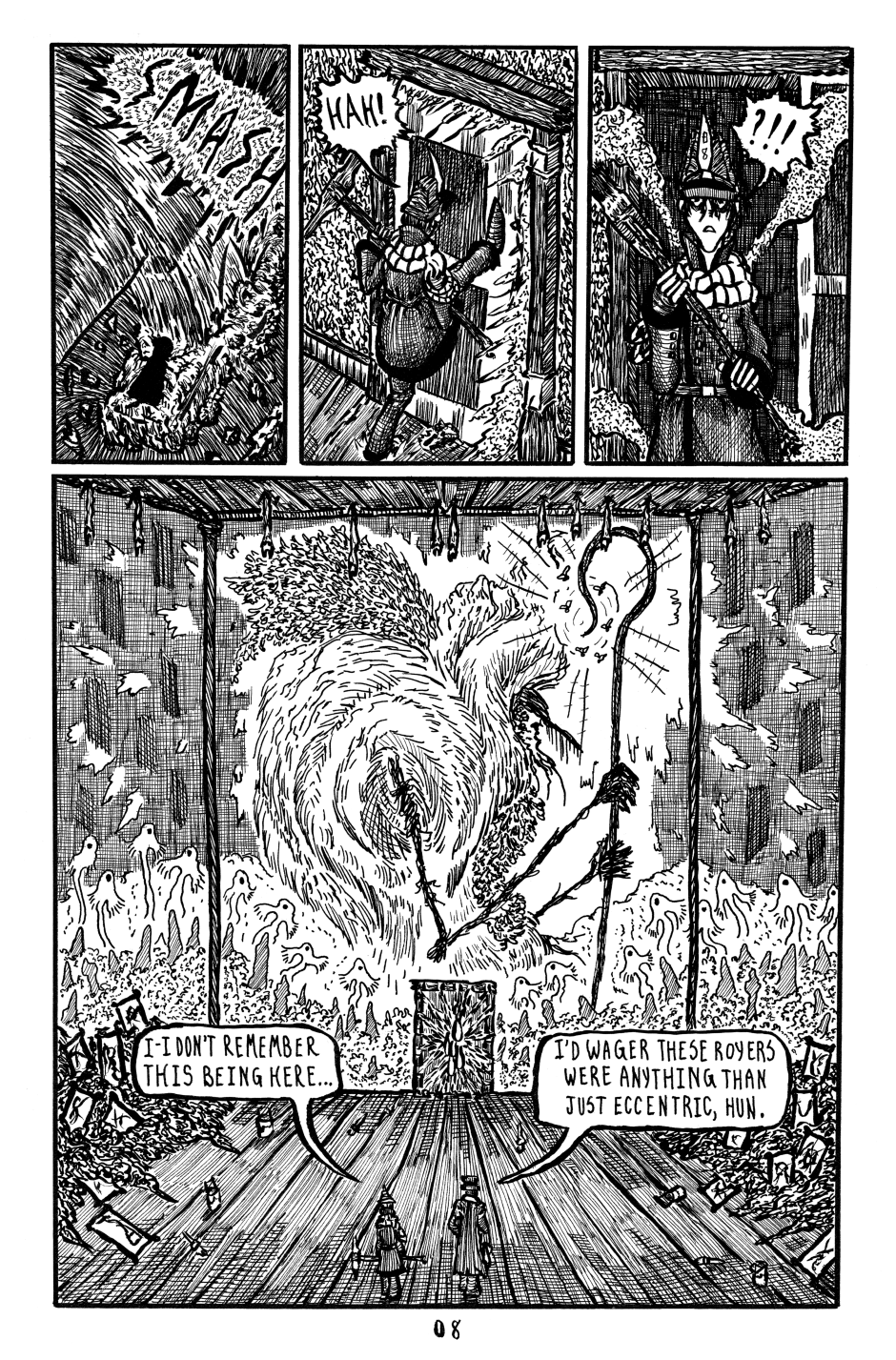 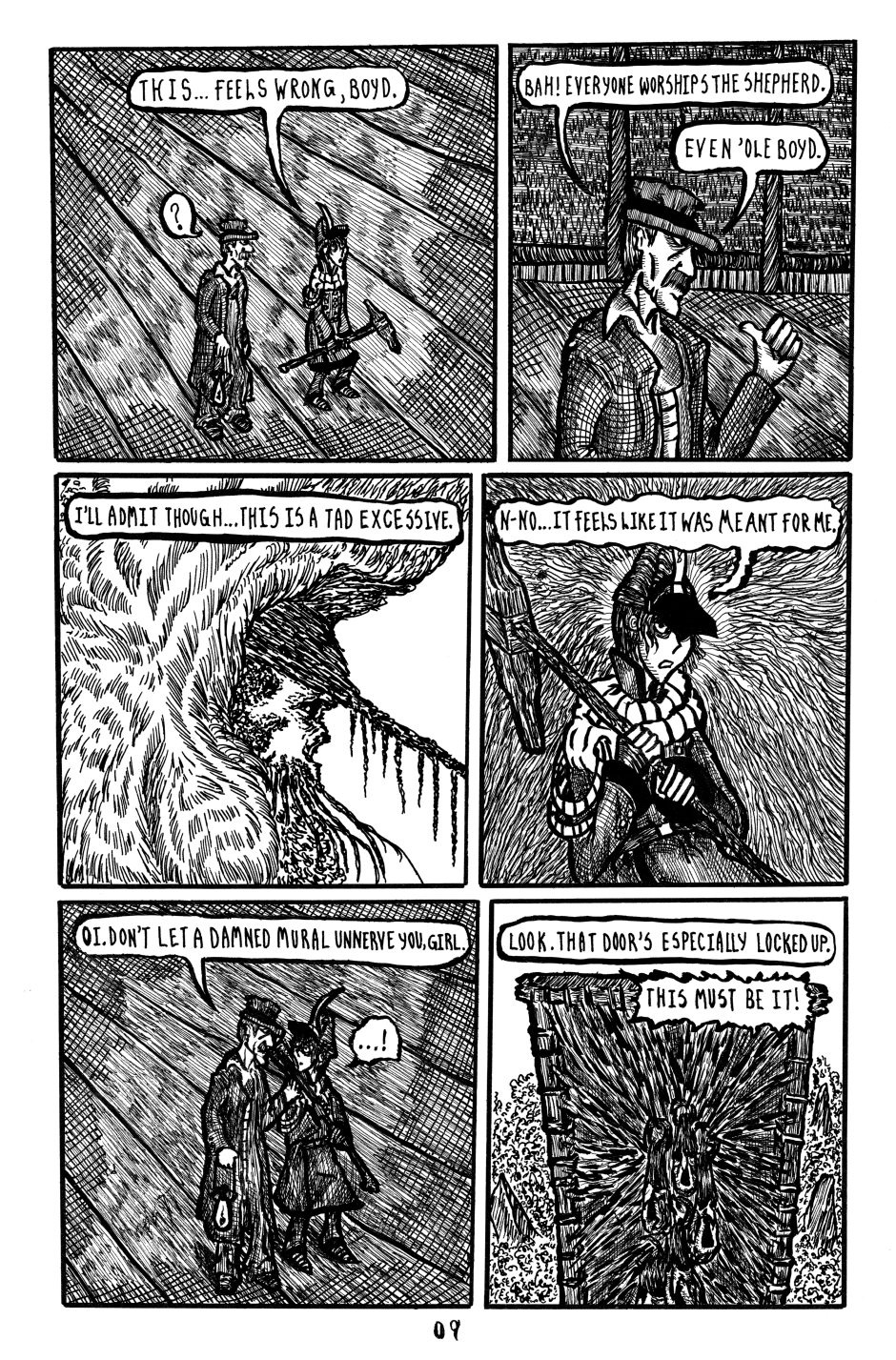 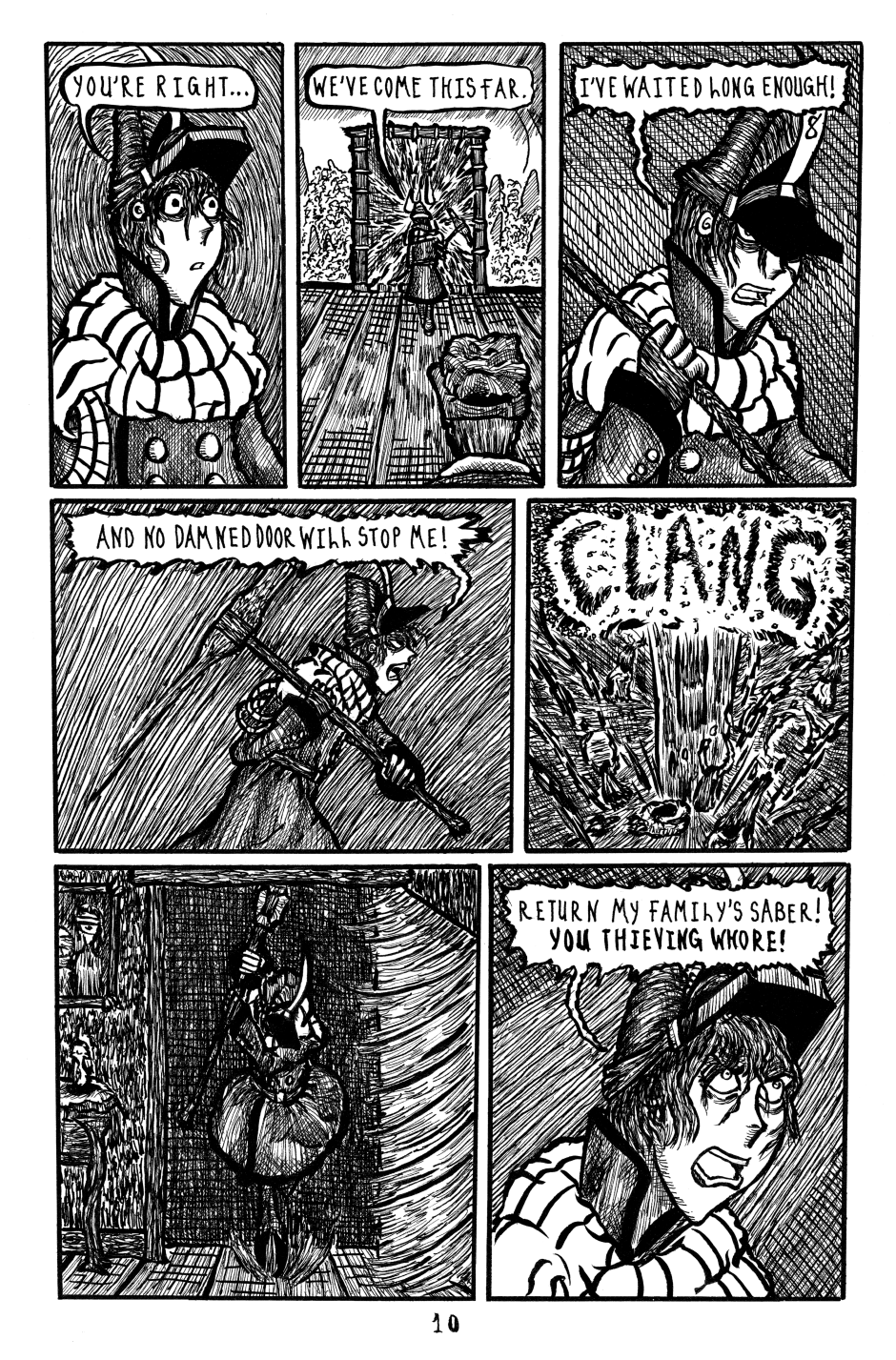 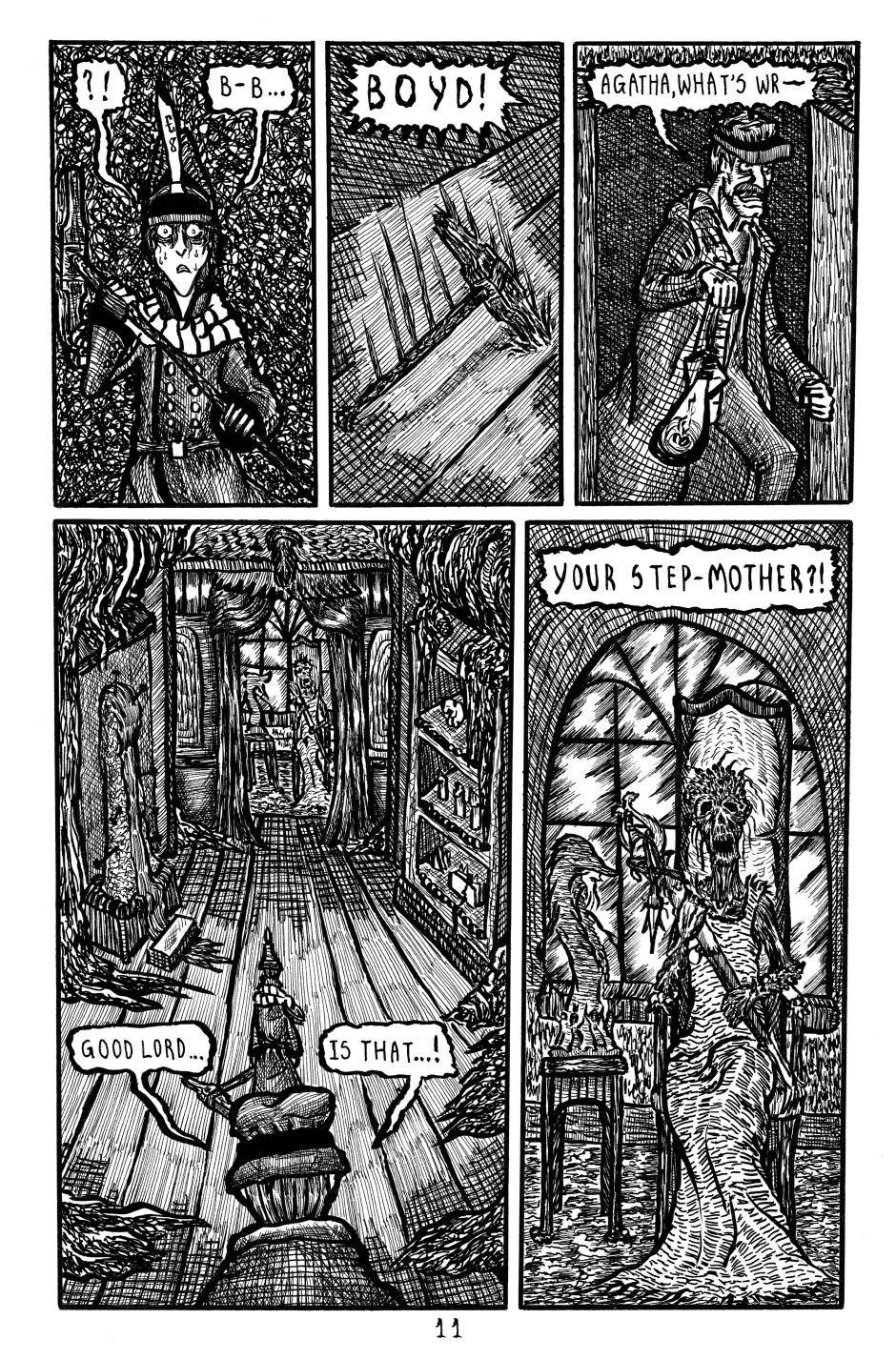 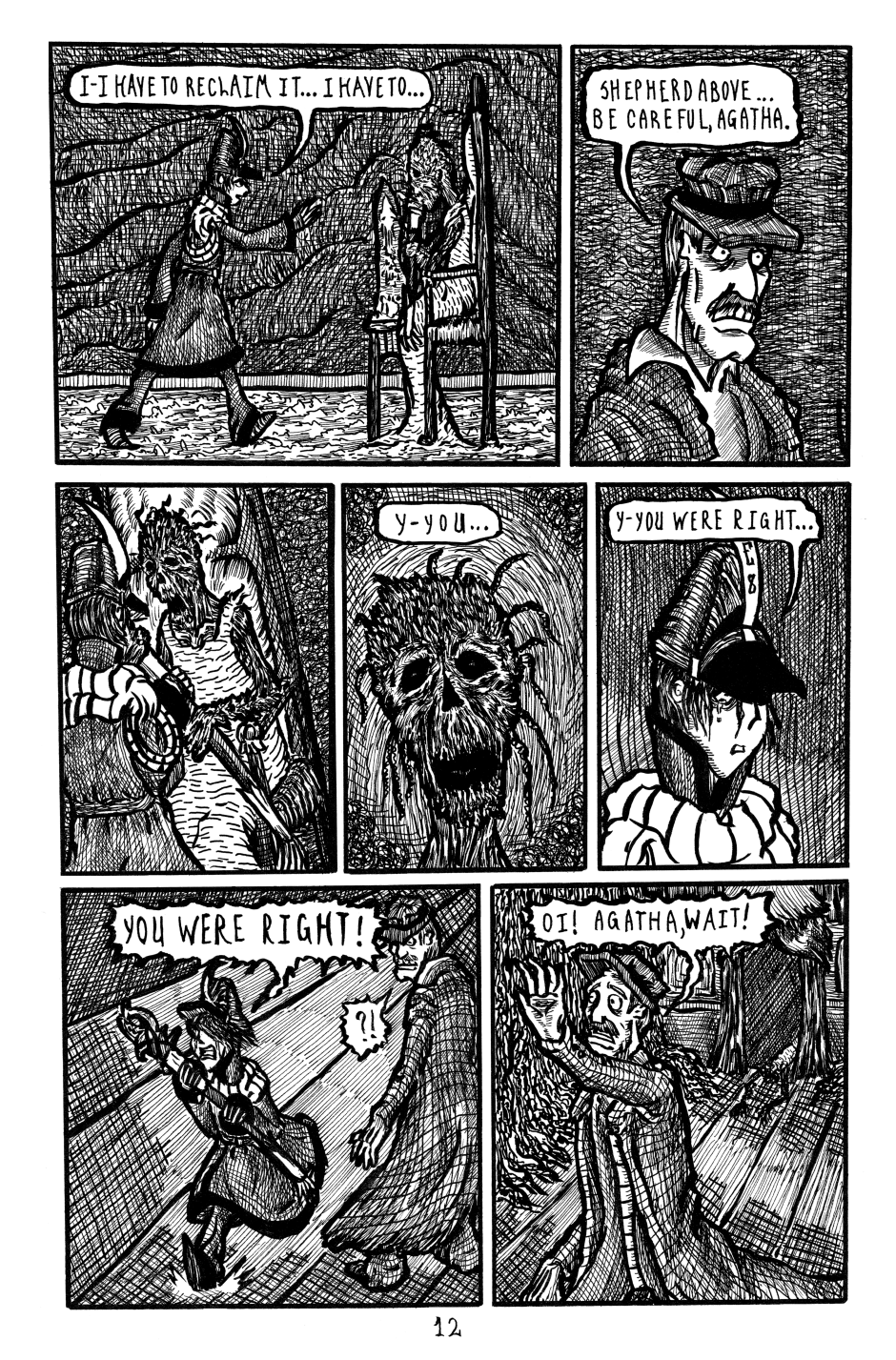 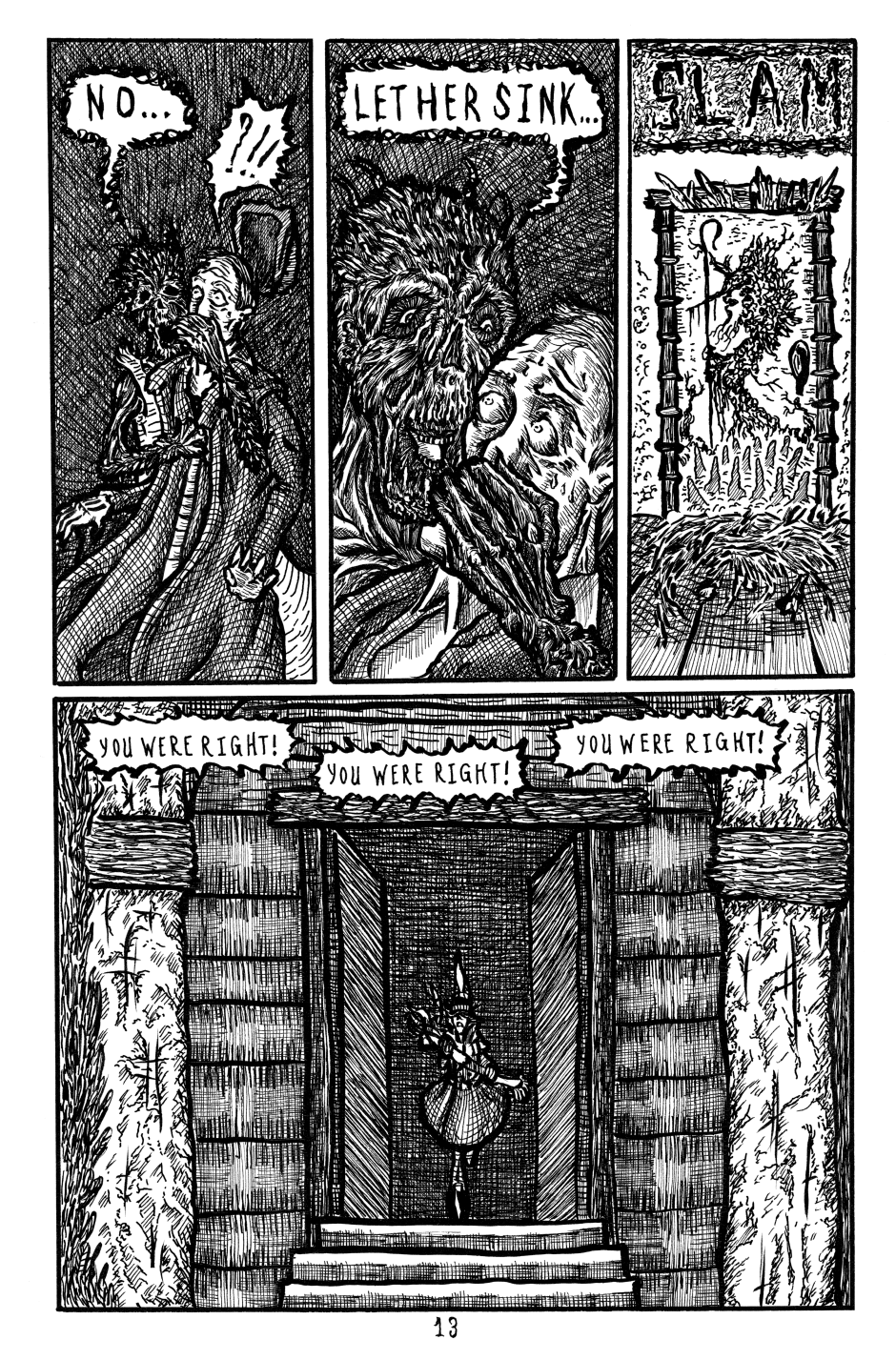 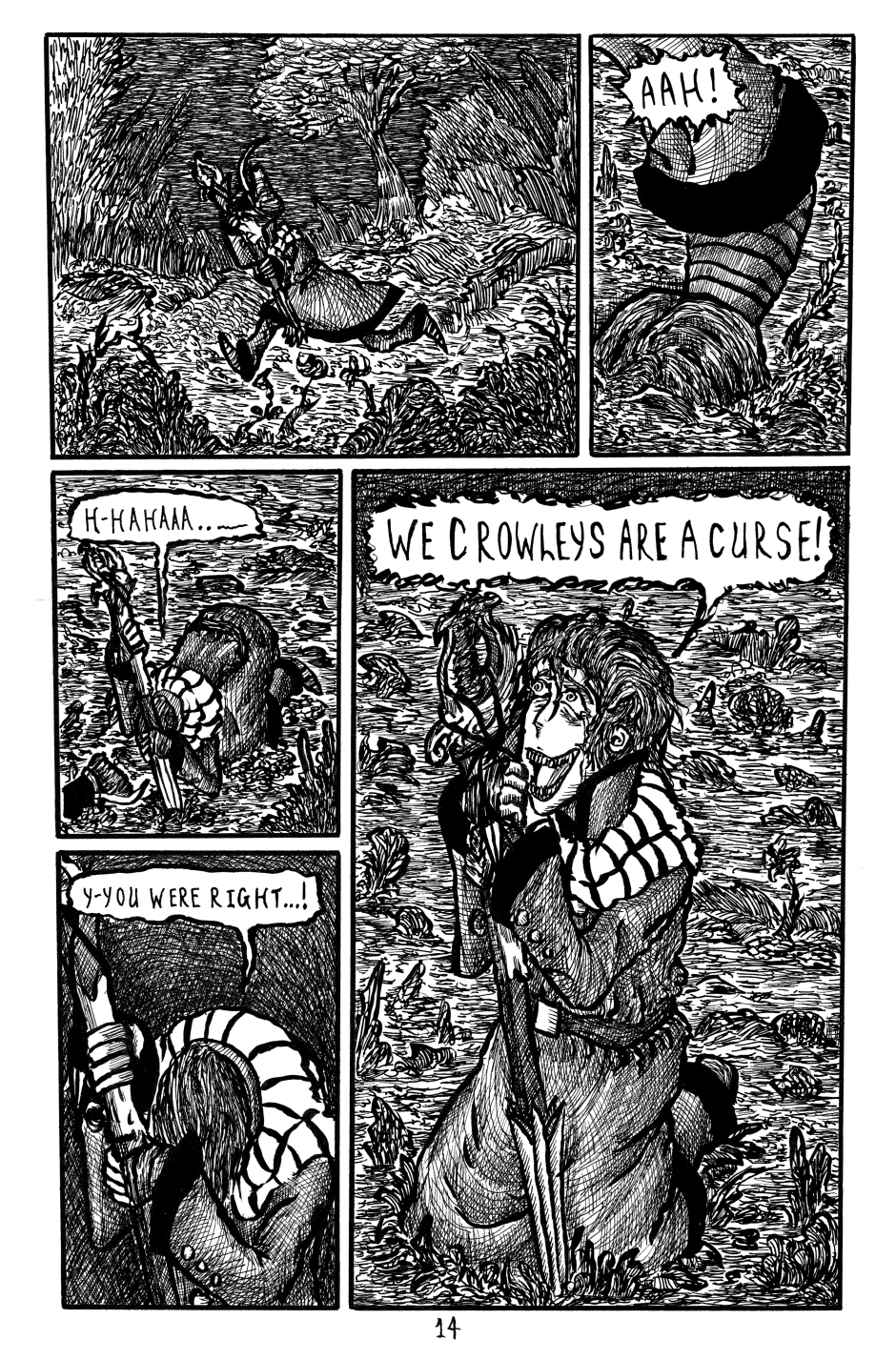 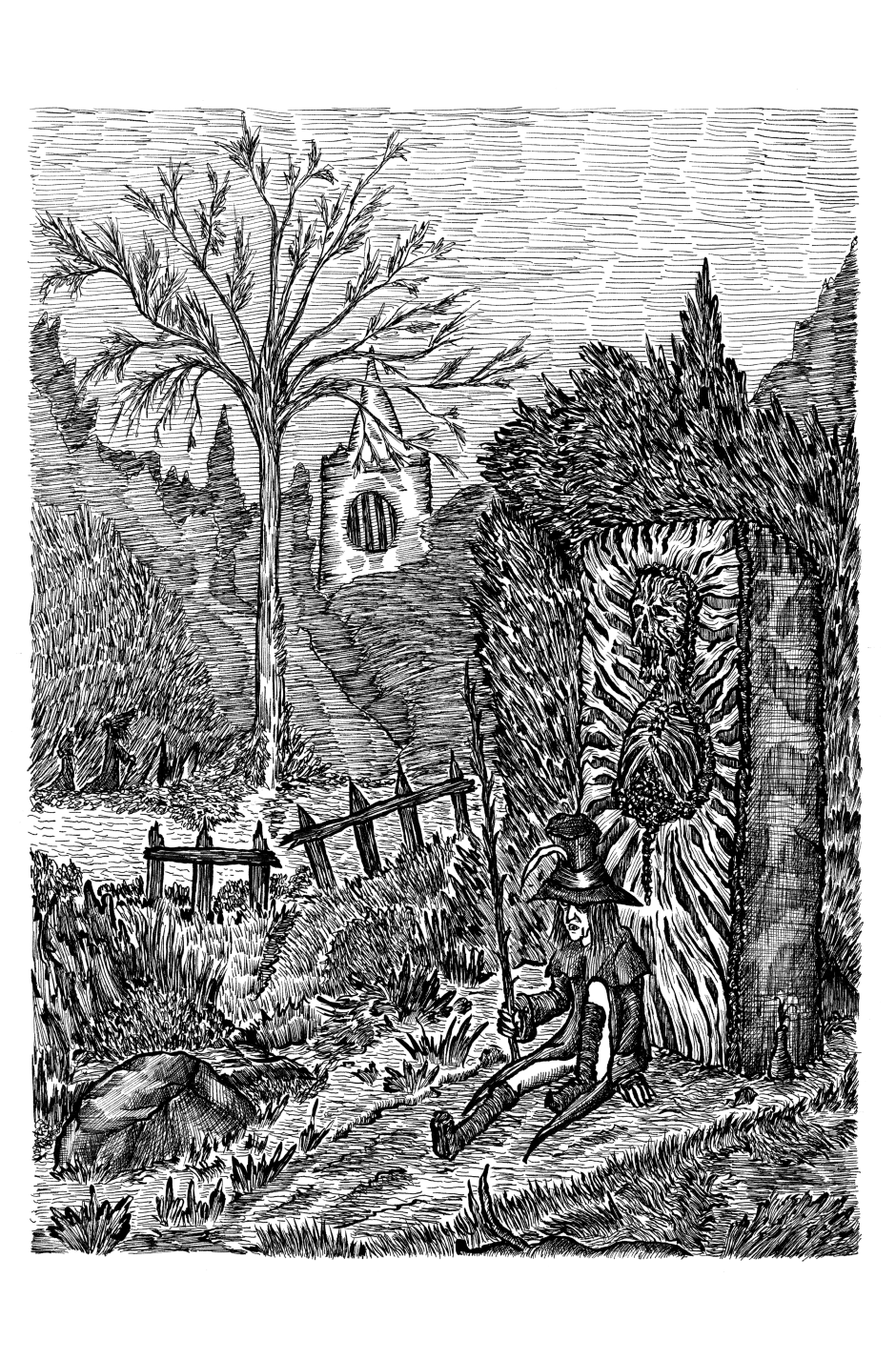 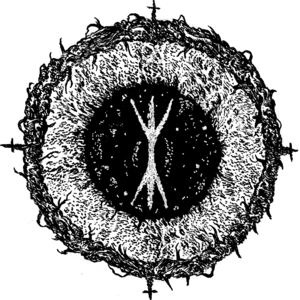 Daughter to the cursed family of militiamen, Agatha Crowley is in search of a cherished heirloom: her family’s saber. Accompanied by the railway worker Boyd, they break into the old Royer Manor, long abandoned to the woods. They explore the decrepit estate and its deranged antiquities, only to make a frightful discovery upon reaching the saber’s sealed location.

I've taken the plunge and uploaded my first (actually my 7th comic) comic to Tapas in hopes to share my new series to a wider audience. I am eager to read folks' reactions and comments to the first issue, be them positive or negative. Nevertheless, I plan to upload the second issue later into the Winter Break as I conceptualize, draw, and ink out the pages.

This is very, very good stuff. I love cross-hatching, and I've never seen a comic with so much of it, so well done. I like the characters immediately! And the setting! 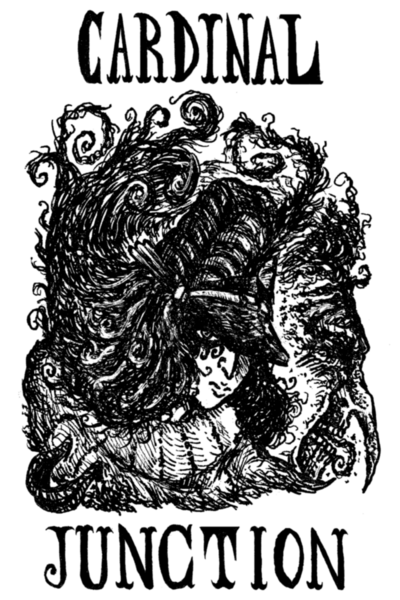 Sequestered between decrepit woods and dreary swamplands, stands the Cardinal Junction – a collective of oligarchical city-states embattled in a 500-year-old civil war. The Abbots of the windy North combat the Covens of the damp South upon the war-torn farmlands of the East as broken souls escape to the West for a life of rail work and mining. The Junctions each seek an audience with their Lamb-Veiled Shepherd, for who they birth and die for alike. Amidst the wisps and corpse-lights, young Agatha Crowley, alongside her compatriots, plunge further into the shadows which inspired this age-old war. 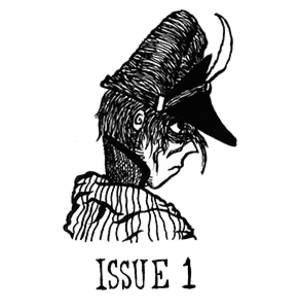