Iris Raven Song stood in a small clearing in a thick tropical jungle, she looked at the floating city through the tangle of leaves. She could clearly make it out; it was a large dome with dots of green floating just above the jungle tree-line. Serenity City was kind of hard to miss. It was beautiful from here, Iris sighed regretting having to leave the city, especially so suddenly.

Serenity City, like all the other floating cities of the country Edeth was built with the most advanced technology, keeping the city hovering in the sky. Despite that, Serenity City had an old world charm to it; it was filled with greenery and had beautiful cobbled walk ways in the middle of well crafted houses. Bakeries, coffee houses and flower shops dotted the corners in the streets and life went on at a leisurely pace. Iris had raised her granddaughter here for the past twenty years. She promised herself that she would try to finish her business and get back to her Granddaughter as soon as possible.

Iris’ head suddenly jerked towards the forrest. She thought she heard voices nearby. “I saw something just over there,” came a shout from inside the forrest that was too close for comfort. There was definitely the sound of snapping branches and brushing leaves heading towards where she was standing. Iris stretched her hand out toward the canopy overhead and the vines reached down and pulled her up into the trees. It was basic Elemental magic but sometimes that was all you needed.

Just a couple of minutes went by before two men burst out of the bushes and landed on the exact spot Iris had been standing on. The Enforcement Officers stood in complete contrast to the lush green jungle. They were dressed in stark white hazard suits that covered their entire body, tucking into just as white boots and gloves. Their heads swiveled in clear helmets, scanning the area. “I could have sworn I saw a woman right here,” one Enforcement Officer said to the other.

The vines flowed with Iris’s thoughts and wrapped themselves around her. The process was swift and elegant. Despite that a few leaves fell slowly down from the branches and landed on the fishbowl helmet of the Enforcement Officer standing right underneath Iris. He looked up into the trees, scanning with squinted eyes. Iris was a master of her skill and remained hidden. The other Officer announced, “Clearly, there is nothing here. Come we need to keep moving, I don’t like patrolling these areas in the dark.”

Iris watched them as the two Officers were swallowed by foliage; clanky white shapes waddling among a sea of green. Once she was sure that they were gone, Iris lowered herself onto the ground as swiftly as she had gone up. She would have to pay more attention next time. Thinking of her Granddaughter always distracted her, it could get her in some serious trouble. Yet as Iris moved on further into the jungle she couldn’t help but wonder what Celeste was doing at this very moment. 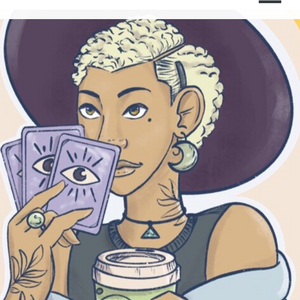 Iris Raven song is leaving Serenity City and her grand daughter in order to find the other high mages and warn them about the danger that is to come. 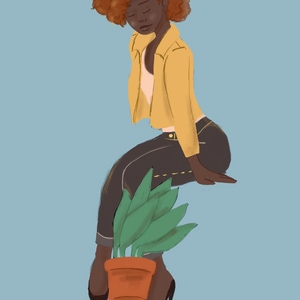 The country of Edeth is made up of floating cities; beautiful and flawless pieces of machinery that hold thousands of people above the tree lines while the polluted earth regenerates. That was its original purpose anyway.

This is a story of a difunctional Utopia and a young magical woman who is about to discover the darkness hidden that lurks beneath the polished cities' surfaces.
Subscribe 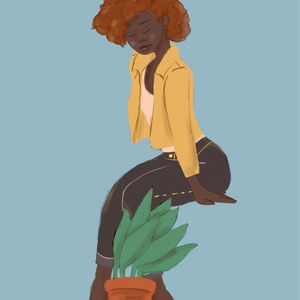