It was close to midnight. Every student, and most of the professors at Asárex academy where sleeping by now. The trees outside were calmly swinging as the night breeze blew through them, gently tapping at the windows. The welcoming darkness of the night surrounded the academy, slowly rocking it in its embrace of safety and stillness.

Different from small sounds the animals and creatures around the school ground made, the academy stood silent. The only thing that could be heard was the sound of high heels walking over the marble floors of the corridors. The heels belonged to a woman with short black hair, grey eyes and pale skin, that had a somewhat glowing effect when she walked in the darkness and disappeared as soon as she passed one of the giant windows that overlooked the courtyard. Her name was Nashira and she was known to be the most intimidating professor at Asárex.

Nashira walked through the seemingly endless corridors of the academy, on her way to a special meeting with the headmaster and some of the other professors. Despite the darkness surrounding her, she knew exactly where she was going. And besides, darkness never really bothered her that much. Nor did it bother any of the adults she was meeting.

Finally, she was standing in front of the door that led to the headmaster's office. It was decorated way differently than the majority of the other doors of the academy, with the silver paint highlighting the door frame and the old rune in pure silver hanging above it. Nashira knocked gently on the dark material and waited for permission to enter.

"Who's there?" a monotone voice called out from behind the door.

"Professor Nashira Tenebris" a 'click' was heard from behind the door and shortly after it opened up. Revealing a smiling, shorter woman with long, curly white hair that reached down to her hips and pastel blue eyes. Nashira rolled her eyes at the smile and pushed her to the side in a somewhat harsh manner.

"Is everyone here?" she asked in her usual plain and cold tone. She looked over at the desk were three men were sitting, one somewhat older than the other two. The first had red hair, yellow eyes and was the shortest out of the three. The second had dark brown hair, black eyes and was the tallest. The third, the older, had blond hair and light green eyes. The blonde was Asárex headmaster, Sirius, and the other two were Alkaid and Etamin, two professors just like Nashira. The woman she had pushed passed was Shaula, also a professor.

"Well, now that you're here" the oldest said with a teasing smile. Nashira huffed slightly.

"Then let's begin. Shaula, Alkaid, the pictures" she said and looked at the duo who were now standing right next to each other. Both of them reached over to their bags and pulled out a few folders, each one of them had a number on it, 1 to 5, and each containing pictures of the academy's students.

Etamin walked over to one of the many large mirrors, all with a golden frame. He grabbed one side of the frame and carefully pulled it open. Sounds of gears grinding softly and smoothly against each other filled the room as the mirror creaked open, dust falling from the top, and revealed a secret passage. The five adults walked in one by one, Etamin being last and closed behind them.

They walked for a good amount of time before they came to another door. This one was in dark oak and creaked loudly when Sirius pushed it open. Behind this door was a large room with a spherical dark blue ceiling with all the constellations painted in white. In the middle of the room was a circle, also painted in white and delicately carved into the wooden floor, with the twelve zodiac signs in the middle. Bookshelves filled with old antique books along with even older scrolls lined the walls, making it close to impossible to see the other frames that lined the spiritual doors and the many old paintings that hung from the walls in the small spaces between the bookshelves.

They walked in. Shaula and Alkaid began to lay out the folders on the circle. Once done, all five adults gathered in a circle around the laid out folders, careful not to step on neither the carving or the folders. They took each other's hands and closed their eyes.

At first, nothing happened. But soon, the twelve painted zodiac signs on the ceiling began to glow. A strong wind entered the room and threw up the folders, making the pictures inside scattered over the room. The wind played around with the pictures, tossing them up in the air and throwing them across the room, which meant that the ritual was in play. The adults stood calmly still not even budging despite the strong force of the wind.

Eventually, all of the pictures gathered in a ball above the circle on the floor and exploded. Thirteen pictures connected like magnets to the zodiacs, while the others were scattered around the room. The wind was now gone. the adults let go of each other's hands and opened their eyes, looking down at the circle before them.

"Looks like we have a duo this time" Shaula said in a cheerful voice as she began to pick up the pictures outside the circle.

"Yes we do. Etamin, write this down" Sirius said. Etamin nodded and began writing down the names of the students on the picture on a piece of paper. Nashira looked at the pictures, a small frown on her face and her eyes somewhat dark.

"They're all first year students" She said and crossed her arms. "Kinda expected more"

"Don't be so hard on them, Nashira. You haven't even met them yet" Alkaid said and gave the tall woman a friendly push in her shoulder before continuing on collecting the pictures. Nashira glared at him but before she could do anything, her eyes shined grey. She took a deep breath and her body immediately relaxed.

"Well, Shaula and Alkaid. You'll have to make sure they receive the letters, no one else but them is allowed to see them" Sirius instructed, even though it wasn't necessary due to them already have done this a thousand times before. Shaula and Alkaid nodded.

"I'll have the letters ready for tomorrow, come by before your classes start" Etamin added. They all then walked out of the room. Shutting the door behind them. 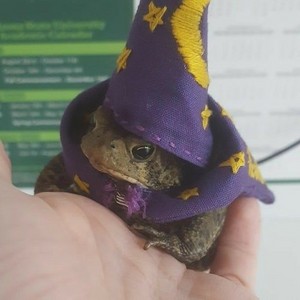 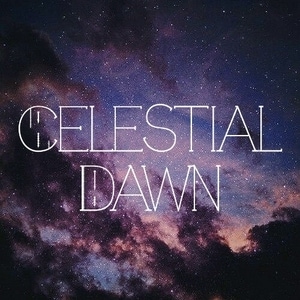 For as long as time has existed, Vanea has been protected by twelve celestial deities. The Zodiacs. Each a powerful guardian and the very essence of Vaneas heart. However, nothing lives forever, not even celestial deities. How mighty they may appear. And that's why every one hundred years the ritual of light is to take place. A ritual to find a new generation of zodiacs, the unknown heirs. The ritual is to be held by the six Stars chosen to guide the Zodiacs, to prepare them for what's to come and to train them to harness the four forms of light within them.

Though, not every light is good. On the last night of the 302nd generation training, one of the stars corrupted. Twisted into something malevolent. Unrecognisable and a threat to the heart, the Zodiacs had to take action. Meeting their sudden end trying to save a friend.

And now, a thousand years later, Asárax Academy is to once again be the home of a new generation of Zodiacs. But this time, history might repeat itself. 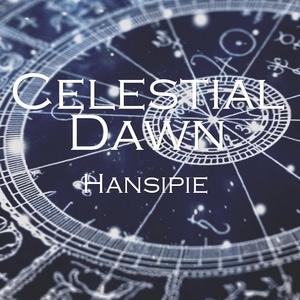