It was a good day and the sun was shining, with some manner of clouds on the horizon. What was not good, however, was my situation right now. It was not exactly bad, yet, there was much to be desired.

For a quick recap, I am what others dubbed a performer, and while some regarded me as an artist, others designate me as a fraud. I'd like to think of myself as using my diplomatic talents to get bread on my table. I worked hard for that. Training my voice, performance, and speech, all in the name to please my audience. I've also dabbled in music training, to not let my audience be bored by mere storytelling or humour. When I'm not on my stage, I helped selling groceries down the street for a chump change. Life was good back there. Sadly in my last performance, Heavens decided to pay me a visit. A zap of lightning, a clap of thunder, with roaring applause, and then I was gone… forever.

But here I was, still alive and kicking. As if everything I was, was a dream. I woke up, still fresh from my temporary sweet death, until everything started rushing in. I am who I am, Loyd Carter, the seventh son of the Duke of Rivellon. Child of a concubine who died after giving her utmost on the day of my birth, or so that I was told. I am also who I am, Laincelot, a humble bard by trade. With countless tales to my name and fame to prevail. I've helped farmers trick land owners to receive their rightly-earned rewards from the greedy upper class, "selling groceries for a chump change". Right now, I am both, yet none. Parts of me were of Loyd Carter, while others were of Laincelot. Layne Karlott, I decided on a name created by taking parts of Loyd Carter and Laincelot, as a distinction. Which shall come in handy soon I suppose, as today is the day I will become homeless. Such was the reality of nobility succession rights problems.

One thing of note on this day, however, is the reality that my big brother, Abel Carter, was appointed as one of the potential successors of the duchy. If you asked me why this piece of news was of great importance to me, I could only say that big brother Abel was the only sibling close to me based on Loyd's memories. Most of my other siblings, at least whom I've met, were either kind of cold or didn't seem to like me. Big brother Abel on the other hand, would tell me stories from the Capital as was an appointed knight of her majesty, Queen Aria of Breton. He would then goad me into travelling, fully knowing I was not yet of age until now, 18 years from the day of my birth. I kinda resent him a little bit because of that, although he's still a perfect brother despite his teasings.

The head butler of the Carter manor, Alfred, stood in front of the oaken door that would directly lead him to the seventh young master's holdings. His countenance was dejected, as he had to break the news to the innocent young master Loyd about his eventual disowning that will happen soon. The news was supposed to be a secret, but he thought the young master will need time to get his bearings. That's why he's standing here, conflicted. Feeling the hard, cold wooden door, he steeled his resolve.

"Young Master, it's me, Alfred. I'm here to wake you up." The old butler raised his voice.

"Good morning young master, I'm here to inform you that-"

"My father summoned me to his office. Let us depart, then."

What young master Loyd said truly baffled him. The young master was indeed quite innocent and playful, but his countenance just then was unlike the young master he knew. Calm, collected, and most importantly, it was as if he was ready for his eventual disowning. Unable to contain his pity and curiosity, Alfred asked his young master a question.

"Have you found what you wanted to do in life young master?" He asked.

Hearing his question, the young master stopped on his track.

"Have I ever told you, Alfred, that I love stories? Every time big brother Abel came back home, I always went to his room, asking for stories and everything he experienced in his travels. I wanted to be like that, to gather experience and stories." The young master said, with conviction akin to fire in his voice.

"I see… that's a good dream to work towards." Alfred nodded.

"Yeah, that's why I'm okay with not being able to use the name of 'Carter' anymore. I even welcome it. Because this name is only a burden that chained me from walking towards my dreams."

This time, Alfred was the one who stopped in his tracks.

"So you're already this sure, young master. Then, let this old Alfred pray for your success. May the Goddess Maria light your path to glory."

There it stood in all of its oaken glory. The path towards freedom I so desired, and I knocked on it.

"Father. This is me, Loyd. I am here to answer your summons." I greeted.

A light grunt could be heard from beyond the door. Before a voice beckoned me.

The room inside was what you would expect from a reigning duke. A coffee table along with a pair of settees to indulge guests. Shelves lined with important books and documents. Lastly, the showpiece, an office table made of mahogany where on top of it stood my father's trinkets and stationery.

Sitting on the chair behind the mahogany table was my father, Benjamin Carter. He has a sharp feature, and our family's ash blonde hair accentuates that sharpness, which I think hides a deep feeling of guilt within him. I don't really know, maybe he was feeling guilty because I am the only one being disowned.

"Please, have a seat." He offered.

I sat after thanking him for the seat. A long silence passed before he sighed.

"I called you here to inform you, that from today henceforth you are no longer part of the Carters." He started.

"I accept," A lightning-fast response. Which seems to baffle him, and somehow made him a little happy. He seemed to forget that we're in a middle of a disowning process.

"What is it? That thing you are searching for must be really valuable, that you would reject the title of nobility." He pressed.

"Freedom. I want to come and go as I please, living proudly and happily."

As soon as I said that sentence, he slumped into his seat. His sharp features soften considerably, looking both dejected but also relieved at the same time.

"Go then, explore the world and be happy. You won't have the name Loyd Carter anymore. After submitting your new name to me, you may go as you please." He finished.

"Layne Karlott. I thought of that name a while ago. As such, I shall bid you adieu, My Lord." I bowed to my father, signifying my loss of rank and peerage, while also gaining freedom from the chains of nobility.

As I exit the room, I noticed that my father was quite stiff and uncomfortable after he witnessed my bow.

His seventh son has exited the room. Benjamin completely slumped into his seat with a defeated look on his face.

"Everything I did, has a reason. I failed to protect you and your mother. Celica, please forgive this incompetent man." He pleads to the air as if wishing to undo all his mistakes. 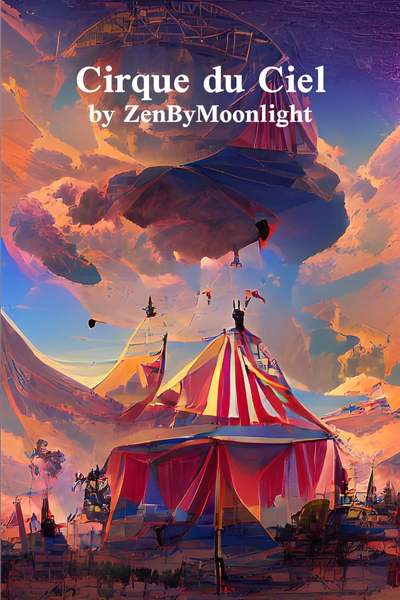 Loyd Carter is the seventh son of the Carter Duchy, the ruling body in the city of Rivellon, who was on the cusp of being disowned in order to protect him from a scheme by his family's enemies, though he knew nothing of it. As far as he knew, he was a good son. He learned what was taught, and listened to his elders. That's why his banishment came as a shock.

On his last day in the house of Carter, he reminisced an age long gone, concerning the tale of a man named Laincelot who lost everything, just as he was about to gain everything.

That very day, armed with a sizable sum of money along with his past memories, he found himself wandering about the entrance of a circus, as if entranced. Its name, Cirque du Ciel. 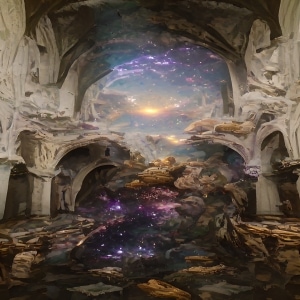