I'm a cryptid fan, no doubt. Never found one though, I think.

Well, that was true until I found out that my own roommate was a god damn vampire.

Do you want to know my reaction? Cause most people would scream and faint but nooo, do you know what I did? I stood there— like an idiot.

Granted, he didn’t attack me or anything, actually he’s pretty much the opposite of what a stereotypical vampire would be, he’s super nice, really polite, unusually friendly for someone I met a week ago, an amazing cook (which is weird since he’s a vampire), very caring— wait I’m getting off topic here.

Anyways, my roommate of just 6 days just announced that he is, in fact, a real-life vampire... but truthfully, this wasn’t the weirdest thing someone’s told me.

After about 5 minutes of awkward staring and uncomfortable silence, I just accepted it and moved on with my life.

“Yup,” I replied like it was the easiest thing to comprehend. I sat back down after retrieving my phone from its place on the ground where I dropped it earlier. 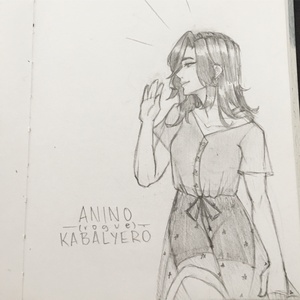 Introducing Rozo (Aka rose) the human and Liliac (Lily) the Vampire : )

/Its not beta read so if there are any mistakes, I'm sorry ;;/ 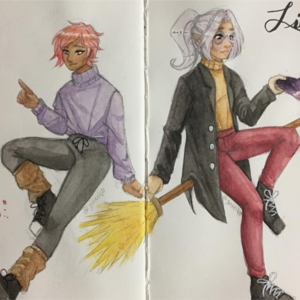 I'm a cryptid fan, no doubt. Never found one though, at least, I think.

Well, that was true until I found out that my own roommate was a god damn vampire.

BL. Might get intense but not in the way you'd expect it. 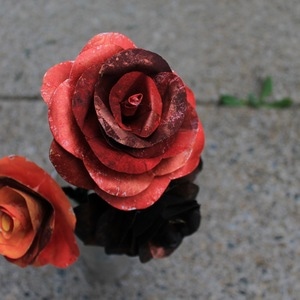