BEAU CLOSED HIS LOCKER after putting away his books and grabbing what he need for his next class. He struggled to push his book inside his messy locker; he had planned to clean up but never did. After succeeding he turned around to walk to his next class. On the way, his two best friends joining him.

"So, I went on a date with Maelle yesterday." James Diáz said as soon as he was next to Beau. Jaslene rolled her eyes but smiled at James's love-struck expression. "That's like the fifth time you mention your date today." James shrugged pouting. "She's amazing and talented." James continued to blabber on and on about his date. By the time he stopped they reached their class.

They walked in seeing their new teacher, leaning against his table reading a book. Their classmates were all still standing around with their friends talking loudly. Beau moved to a table with Jaslene and James following him. "Should we hang out after school? We can go to Thomas's." Jaslene asked sitting down. James nodded agreeing with her. Beau shook his head. "I can't. I got work today." Beau said.

James frowned. "Work again? Didn't you have a day off today?" Jaslene furrowed her brows slightly. Beau looked from one friend to the other, noticing their expressions "Yeah, that's why I asked."

"Yeah, I did until Sasha decided to call in sick." Beau shrugged pulling out his notes and book for class on his table. It wasn't the first time Sasha called in sick this last week and it always ended up with Beau having to work more shifts at the coffee shop. Beau eyes met the frowning ones of Jaslene. "That bitch. She's just doing it because she knows you'll take her shifts." Jaslene cursed under her breath.

"Call in sick too then. I'm getting tired of her bullshit." Jaslene scoffed. "You've been working almost every day now. You don't even have time for yourself or homework." Beau looked at his friends understanding their worry for him but he didn't want them to go off about this any longer. "It's fine guys." He said and the bell rings interrupting anything they would’ve said.

"Alright but away your phones and listen up." The new teacher said and started class by introducing himself and going over the syllabus for the new semester. Beau wrote down what he could about the lesson and doing homework he couldn't do the night before in secret.

As soon as class was over James and Jaslene pulled him out of class after he clumsily put away his books and notes. He didn't share the next class with either of his friends so he made his way to his next class alone after they all planned to meet up for lunch.

Beau was glad to have done his homework when he got the chance since the teacher is very strict about it. Sitting in his second period class he spent his time doodling in his notebook while halfheartedly listening to the teacher babbling on about cells or something. He's thoughts were drifting to his coffee shop crush.

He works in a coffee shop close by a university and a year ago he met him. The coolest and handsomest guy he has ever seen. Beau was practically drooling after him. All he knew of the guy is his name - Mylo and he likes cinnamon.

The bell ringing brought him back to reality. Getting up Beau gathered his things and made a beeline to the door, finding James waiting for him. The two made their way to their shared next class in a heated conversation about the latest Avengers movie. The two were dorks for the marvel movies and would spent days just talking and discussing different opinion about it.

Soon their morning classes passed and it was lunch time. Jaslene met up with them by the cafeteria big doors and they all got in line for their lunch. One slice of pizza, an apple and a weird looking salad later, the trio made their way to their usual table. On the way many of their peers would stop to say something to James. Him being the soccer team best player and the vice-captain made people want to be his friend.

Finally after a few minutes they got their seat and silently sat down. Jaslene was the first to break the silence. "Okay. So no hang out after school. How about we come over during your break?" She said still disappointed she couldn't hang out with her best friend. Beau nodded not speaking with mouth full of pizza. Jaslene smiled at that feeling slightly better.

The trio spent their lunch talking about random things and then James brought up his date again making both Jaslene and Beau groaning in annoyance. Thankfully they were saved by the bell, making them clean up their lunch and making their way to their classes. Beau had history class which he spent sleeping. With a full stomach and a boring class of course he fell asleep. His seatmate was the one who woke him up when class ended making Beau blushed feeling embarrassed.

Soon school ended and Beau made his way over to his locker dropping his books he doesn't need and kept the ones he needed for homework. Beau almost stumbled to the ground when he felt a sudden weight on his back. "Are you ready to get the hell out of here?" Jaslene leaned on him with a grin on her face.

"James has practice so it's just us. I'll drop you home." The two made their way out of the school and to Jaslene's car. "Yes. Thanks, Jas." Jaslene drove off the school ground and played songs they both like.

"So, I have to ask. How's that crush of yours?" Jaslene asked after a while. Beau looked up from his phone; he was selecting the next song. His cheeks flushed red as his mind went back to last week when he last saw him.

Beau knew he couldn't hide anything from his best friend so he put down his phone. Rubbing his cheeks, he answered Jaslene. "I... don't know. He didn't come by yesterday and during the weekend."

"Aw, your adorable but seriously are you gonna talk to him anytime soon? You've been crushing on him for almost a year. I think it's about time you do something." Jaslene said. She grinned mischievously, immediately Beau felt she was up to something.

"No Jas. Please don't try to do anything. Please."

"I know I need to be more optimistic and talk to him but I can't. I mean his in college probably straight and dating someone already. I'm okay with staying like this and admiring him from afar." Jaslene frown as she listened to her best friend talk like that. "Okay but if you want to do something you know I'm always here for you." Jaslene said grinning which made Beau smile. He knows she's serious about beating him up if his soul mate ended up hurting him. 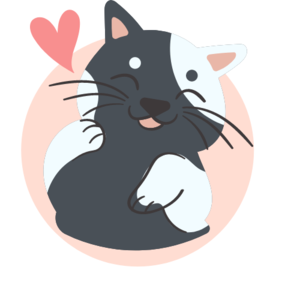 Introducing Coffee and Cinnamon! Meet Beau and his friends as they tackle life and the likes!

I update every Monday or when I get the chance! 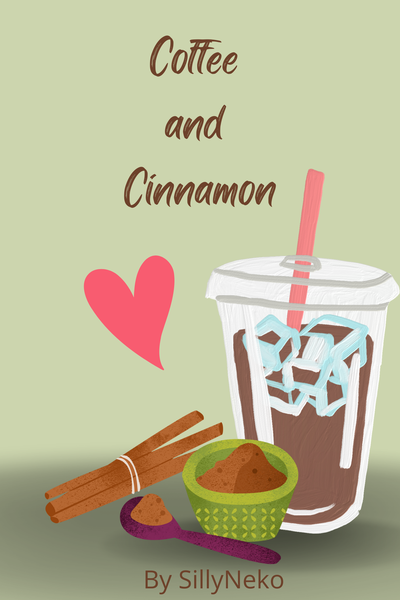 Beau is a high school senior and works part time in a coffee shop. For a year long he has a crush on one customer who seems to really love cinnamon. Everyday he sees his crush and everyday he grows more desperate to approach and talk to the university student. One day he made one simple yet best mistake he could think of.

Mylo is a Fine art major student in college. He has been stressed and tired for months and one thing that helps him get through the day is his coffee with cinnamon in it. He stops by his favorite coffee shop to get his dose of caffeine and check out one of the baristas. One day at home enjoying his coffee he found a note in the bag.

Now he's wondering who put it there. 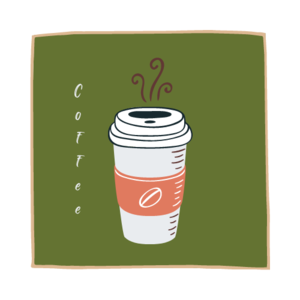