That's how people refer to the calamity that befell my birthplace. Nobody knows how it started, or what caused it. I was still a toddler at that time, but I remember the heat, the horror, the bodies, all things that kids shouldn't experience. My parents died in that tragedy, and I barely alive because my big brother managed to bring me to the escape pods. The Space Habitats—shortened as "Habs"—has become the birthplace and home of billions of humans for so long, that tragedy like this made humanity doesn't feel safe anymore living in space.

I have heard about the rumors that the scientists have found some habitable planets as candidates for humanity's 'new home'. Even now after 20 years since the tragedy, I still laugh at that proposition. Humanity? Live on a rocky planet? How ridiculous is that? Does living on a planet give the kind of comfort and facilities the Space Habitat has? What good is it to live tethered on a stationary planet, seeing the same view of space over and over again for decades?

On top of that, do you even know whether you can *breathe* in the atmosphere? I remember reading a report where one of the candidate planet's atmosphere turns out filled with ammonia. It then became a running joke within the Hab, dubbed "The Fart Planet". Nevertheless, some enterprises sought to gain control over the planet as they easily can harvest ammonia, which rich in nitrogen. Nitrogen is a primary component to produce fertilizer that's in high demand to help grow hydroponic crops within the Hab. The last time I heard, Vantage Industries won the bid over their rival Yamada Corps, but they buy most of their space mining tools from Yamada anyway.

Speaking about Hab, I live at CT Hab right now. CT Hab was the nearest Hab from the CX, and after we live here as refugees for quite some time, we finally assimilated into the CT community. The C* Habs are considered low tiered Habs, with B* is middle tier, and A* is the top tier where many celebrities and politicians live. Many industries set up their factories here. Because most of the hard work labors were done using machines and AI, the citizens of Habs are getting Universal Basic Income. Nevertheless, some industries still employ human workers. I worked at one of those companies as a ship engineer, while my brother works as a pilot on the same company.

"Chris, have you done tuning up my ship?" someone shows up from the opening door. Even without looking, I know when Jared comes in. His heavy boots echoing throughout the large ship dock area. His large body frame makes each step accentuates. I look at him. His black leather jacket shines under the dim light and his ginger hair ruffles.

"Hello to you too," I sarcastically reply. "Yea, I have checked everything. The navigation system, the O2 supplies, the Holomap, everything works properly." I pull myself from behind the ship. "I heard Dionte ordered you to take a closer look at a habitable planet candidate, The Orion-3?"

"Yeah, and not just me. There will be two scientists on board. By the way, regarding that..." his voice trails off. Oh no.

"And you're not good at piloting either."

"Exactly. Uh, wait, what? No, I mean, at least I know the basics of flying the ship, while you know nothing about it." He points his finger toward me. "Together our skills complement each other."

"Last time I were aboard your ship, I almost lost my life!"

"One-time issue?" I fume. "You flew too close to the ground to admire The Fart Planet's red ocean that you almost crashed toward the cliff! If it wasn't for me who alerted you before everything was too late, everything will actually be too late!" I lash toward his carefree attitude.

"That's why I really need you on board," he winks. "Besides, you're the one with the brain here. I wouldn't be able to last having conversations with those scientists. I need you to give me a hand here. Oh, did I mention that Dr. Lee is one of the scientists?"

My heart stops beating for a moment. Dr. Amanda Lee is going to be onboard?? Is this for real? My brother absolutely knows how I adore her... er... works. She spoke in many seminars with an astounding voice... I mean brilliance. Jared looks like catching the changes within my expression, and I know he plays a victory fanfare in his head.

"In about 2 hours," he smiles in victory. "Now go wash yourself. Ugh, you reek of oil. I'm pretty sure presentation is also important here..." He points to my undershirt tainted with oils.

"Oh just shut up!" I throw my dirty wiper to his face while walking to my quarter to take a bath. 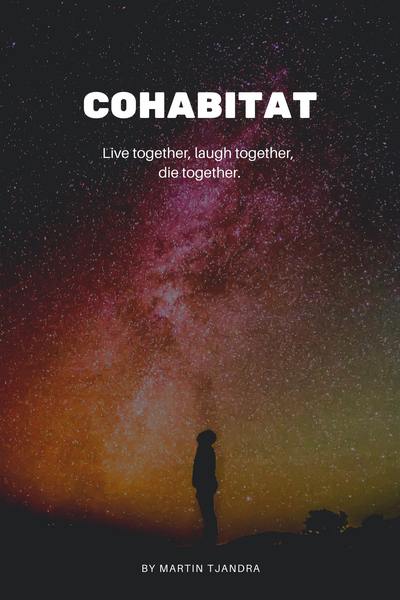 Living in space can be scary, or full of adventures. Follow the story of two brothers against the vast endless universe full of mysteries.
Subscribe 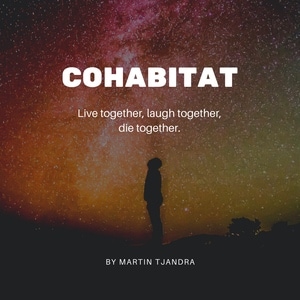