"Get back here, you little rat!" screamed the bald, fat man in the yellow tunic.

"No thank you," replied Elias, evading his grasp. "I appreciate the offer though."

"You'll have to catch me first," responded Elias, smugly. He knew that he was much faster than the merchant and that there was no chance of getting caught. It hadn't happened before and he was determined to not let it happen now.

The boy ran through the sandy streets as he kicked up dust onto the stalls. Most adults watched the chase in amusement, others called for the City Peacekeepers to be summoned. The children, however, laughed when they saw the merchant trip over a stray watermelon that had rolled by.

"Come on, Sir," said Elias stopping in his tracks. "It's barely anything. We gotta eat." He whistled and a girl of a similar age appeared from behind a silk vendor, much to his surprise. "Good aim, Eliza."

"Boy, please. Every time you and your band of thieves steal from me, you make it that much harder for me to support my family," said the merchant, scrambling up and falling back down again with a sob.

Elias looked around and saw the people murmuring to each other in disgust. He knew as well as everyone with half a brain that the Saturday Market was both the worst and best time to make a scene if one wanted. The news could and would spread very quickly and very fast. The crowd hushed in anticipation of his next response.

"You're a clever man, sir," he whispered to the merchant, bending down, "The crowd may buy your false story but I, sir, don't. I'm really not sorry I'm about to do this...You really were my favourite to steal from." He brushed off the dust from his short, brown, woollen trousers and orange tunic, picked some pebbles out from between his bruised toes and stood up to face the onlookers. "People! This person who walks among you is no man. He is a monster! A criminal of the very worst kind!"

"Shut your mouth, kid!" shouted one woman, "You don't know what you're talking about."

Oh, we'll see, lady. He watched patiently as Eliza strolled over to the woman, straw in mouth, and punched her between the eyes. She stepped back, fell and landed with a thud. Some people laughed and others gasped and cursed but Eliza stood there unphased.

"So...that woman, who is now unfortunately unconscious, probably said what most of you are thinking but look at this!" shouted Elias, trying to win over the crowd.

Eliza ran behind the silk stall again and pulled out a round object wrapped in dark, blue linen. A series of curses, nervous whispers and gagging echoed around the crowd. A few more squeamish people turned and ran.

"Do you remember the disappearance of the Dune Row children?" he asked, rhetorically, already knowing what the answer was. "I do! Some of them were my friends...my closest friends. And it was this monster that organised it" -Elias glanced over at the object in Eliza's hand- "That was in a cellar underneath his home. They were in there...all of them...rotting. He's evil!"

"You liar! I would never do such a thing!" the merchant said, grabbing Elias' throat, "Where's the proof then, rat?"

"Get your filthy hands off of him, beast!" shouted a man from the irate crowd. Unbeknownst to the merchant, Eliza had distributed a letter from him to a smuggler detailing a meeting place for the collection of the bodies.

The crowd edged closer to the merchant as he let go of Elias' throat. "You know I would never do that! He's lying. They are obviously making things up and no doubt forged the letter. Come on, people," he pleaded.

"Fortunately, for us, we can't read or write, barely anyone can," Elias whispered to him. "I also think these people are just looking for someone to take their anger out on."

The screams that ensued comforted Elias as the crowd swallowed the merchant whole. He had been planning this moment for weeks. He knew that the guards would never listen to an urchin and that the citizens had to take justice into their own hands. The Dune Row children had been his friends for ten years and he was fifteen now. That's enough madness for today, he thought as he grabbed Eliza from amidst the crowd and they walked past the dirty, sandy arches of the city square, "The mob can finish him off..."

Elias was grateful that he had Eliza with him. The two of them had worked together for nearly seven years underneath the bridges stealing and dealing. He didn't know what he'd do without her. Peculiarly, Elias had never heard Eliza speak more than a sentence at once, instead, she preferred to communicate through signs and whistling but despite this, they were still as coordinated as if they spoke to each other.

They approached the Old Bridge nervously, scanning the surrounding areas for the Peacekeepers. Great! No one! thought Elias optimistically. It wasn't too long until he heard the heavy footsteps that he had noticed twenty minutes ago behind him again. "Are you following me?" he asked, refusing to turn around and ready to flee. Out of the corner of his eye he caught sight of a blade concealed by Eliza's sleeve. "We don't want any trouble. So with that being said...leave...now."

"Oh please!" cried the voice in laughter, "Very intimidating as ever."

The deep and husky voice comforted Elias. "Dek, you old piece of ... of - I don't know what!  You know you're not supposed to be here. If they see a Peacekeeper walking around here, you could get hurt!"

Elias dragged the ever-resisting Eliza off of Dek. "Somehow that second statement sounded a little different to the first." He then helped Dek off of the ground, "Anyway, what do you want?"

Dek had been almost like a father to Elias - almost...after all Dek was only twenty-six. Dek gave him clothes, kept him and Eliza fed as best as he could on his small wage and always managed to get their arrests reversed. He didn't know why Dek had helped him that day five years ago. It was something Elias would never forget.

"Well as you know. You're indebted to me for the rest of your life...remember Innesday."

"Yes, of course, I remember. That was crazy. The blood, the heads, the carnage," replied Elias, reminiscing.

"Well, as you know the Seran is in need of someone like you...like you both: quick; nimble; sneaky; and strong-willed. It is a matter of urgency and you need to come now. "

"Dek, not this again. Please."

"The Barahas. Our small but mighty army is always looking for talented youth. You'll be pleased to know that I recommended you and Eliza," Dek continued.

"What do you mean you recommended us?" asked Elias, anxiously, his light-brown skin losing all of its colour, "We already said we didn't want any part in it."

"Indeed but this time I didn't listen to you!" exclaimed Dek hoisting Elias over his shoulder, "You're coming too, Eliza! This is a great opportunity to contribute other than by increasing the number of thefts in the city. And you will be paid."

Dek's sigh was full of frustration. "Soon enough you will come to thank me and who's to say this can't be the start of something great for the pair of you."

"Elias, just promise me you'll give it a proper chance."

He knew that rejecting his request would be the height of disrespect after everything Dek had done for them and so with a heavy heart he nodded. "Yes, we will."

The blazing sun bore down on them as they wandered toward the great Cazar that lay in the distance overlooking the once-great city.

Elias always seems to find himself in the heart of chaos. Luckily for him, he's been made a proposition... 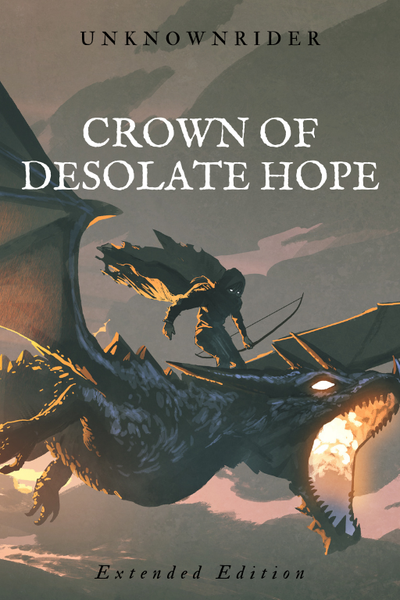 Jaessa had long dreamed of making it in the capital. This dream could be her worst nightmare. There is unrest in the capital as the people lose faith in their leaders. How will Jaessa navigate a world full of distrust and betrayal.

Follow the story of Jaessa, royal twins, thieves, a mysterious Prince and a young soldier on a crusade in a sprawling fantasy world full of magic, wonder and suspicion. 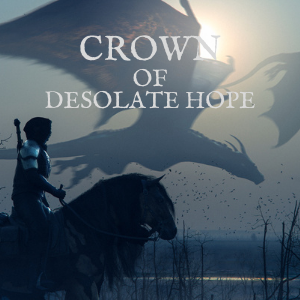