When she woke, the world was blue.

She looked up at the thin beams of light that pierced the water. It was dark, but she could see fish swimming slowly and a bit of seafloor below. She looked down and saw that her arms and legs were bound by chains wrapped around a heavy rock. In a panic, she began to scream and thrash, but no sound, let alone any bubbles, came out of her mouth. The rock remained firmly in place, unfazed by her movements.

Eventually she stopped, not because she grew tired, but because she didn't. She could breathe, so to speak--she habitually inhaled and exhaled, but when she tried holding her breath, she didn’t feel her lungs seize up. She was certain she was moving, yet she felt constrained, trapped in her own body and unable to affect the outside world. Something pricked at the back of her mind, but she didn’t want to give it any consideration. She closed her eyes.

When she opened her eyes after God-knows-how-long, a woman was staring her in the face. She gasped and flinched, but her curiosity soon overwhelmed her. The woman’s black hair floated around her head like a halo. In place of arms, she had dark gray wings speckled with light gray, and feathered legs gave way to bird feet. The woman smiled slightly, opened her mouth, and began to sing. Her voice was ethereal and gentle; it was as clear as if she were singing on dry land. As the song continued, it changed from pretty but meaningless sounds into actual words, finishing with, “Now, my darling, speak.”

When she still did not speak, the strange woman furrowed her brow. “Well? What is your name?”

“Elizabeth,” she gasped suddenly. She could hear herself now, but she didn’t feel water rushing into her lungs, a fact which relieved and concerned her.

The strange woman smiled. “Wonderful.” She swept one wing out and said, “I am the siren Parthenope.”

“You’re… real? Sirens are real?” Elizabeth whispered. Parthenope’s smile grew, but she didn’t reply. “I thought you were just… old wives’ tales. When their husbands were lost at sea or ran off with some wench at their last port of call, they’d tell themselves the men fell to the siren’s song…”

“There are many things that befall a man who sails the high seas,” Parthenope said as she drew closer. She caressed a wing across Elizabeth’s cheek, but she couldn’t feel it.

“Why are you… here…” Elizabeth said. As she spoke, she could feel her voice fading. She tried to say something else, but no sound came out.

“I will return in the morning,” Parthenope said. “My song is weak. I cannot give you the strength of voice you need.” She looked up at the dark surface of the water. “Tomorrow.” She extended her wings, flapped them once, and shot up. Elizabeth watched Parthenope’s form breach the surface; her eyes followed the trail of bubbles in the siren’s wake. She closed her eyes again. There was nothing else for her to see.

When she opened her eyes again to the sound of a splash, the light was brighter now. Parthenope had returned, as promised. As she drifted towards Elizabeth, she could see the sun glimmering off the siren’s golden eyes. She sang her beguiling song again, and Elizabeth felt her voice return to her, as if it had never left. “Hello,” she whispered.

Parthenope smiled at her, and Elizabeth was overcome by her beauty for one sharp, shining moment. “Hello,” the siren replied. “Let us talk.” Elizabeth nodded, wanting to conserve her voice. “You know that you are dead, right? I can see your spirit.”

She knew. She’d suspected as much. It all made sense. She just hadn’t wanted to admit it. Elizabeth breathed in deeply, out of habit more than anything, and said, “Then how am I talking to you?”

“You have unfinished business, I suspect. Or perhaps you died an unjust death.” Parthenope looked Elizabeth up and down. “I am inclined to believe the latter.”

Elizabeth looked down at her manacled hands, at the rock that rooted her firmly to the seafloor. Even in death, she was trapped. “What now, then? Am I stuck here?”

“I do not know,” Parthenope murmured. “Where did you come from? A pretty woman such as yourself surely did not deserve such a cruel death.”

If spirits could blush, Elizabeth certainly would have. “I was… I was a pirate. I disguised myself as a man. I was desperately poor, and I’d lost my parents, and when a ship of ill repute came to the harbor, the ship of the Skull Prince… I felt I had no choice.”

“How charming,” Parthenope cooed. “Such a bold lady you are. Yet that does not answer how you came to this awful fate.”

Elizabeth looked away from Parthenope and clenched her teeth. “My secret was discovered. I tried to plead my case, but the Skull Prince wouldn't listen. He wanted to lock me in the brig to rot, then drop me off at the next port--if I still lived. I panicked. I lashed out and attacked the Prince, but I was subdued by the crew. The Prince was enraged and ordered me thrown overboard.” She tried to raise her hands, but even in death, her chains restrained her.

Parthenope looked at the chains. “You interest me, Elizabeth of the High Seas. And you are not going anywhere. I like your company. May I keep returning?”

“Y-Yes, but… only if you tell me about…” Elizabeth felt her voice fade again, much to her annoyance.

Parthenope scowled. “Forgive me. I will give you back your voice completely someday. I just need time. My song is not strong enough, not for this purpose. I have never tried to return a spirit’s voice to her before. But I will grow stronger. You want to know my story, I assume? It is--” A large shadow passed over them. It was undoubtedly the shape of a boat. The siren’s eyes flashed with something cold and hungry. She looked back at Elizabeth, said “My prey approaches,” and shot up towards the surface.

Elizabeth waited and waited, but Parthenope never returned. Finally, she closed her eyes in anticipation of morning, hoping against hope that her companion would return. She feared the infinite madness that lay in wait for her if she didn’t have someone to talk to.

When Parthenope did return, it was the next afternoon. “Forgive me my lateness, dear. I feel stronger now. I feasted well with my sisters. Let me share my strength with you," she said. Her awakening song was crystalline and adoring, and it filled Elizabeth with warmth and power.

Elizabeth smiled and said, “Dear? Darling? Pretty woman? You seem awfully fond of me for someone you met just a few days ago.”

“You are beautiful. A corpse you may be, but the form of your spirit holds your earthly beauty. Had I met you on the Skull Prince’s ship, perhaps I would have sung your crew to their graves and taken you for myself.”

“You flatter me,” Elizabeth said. And she was flattered. She’d been so lonely at sea. As well as she’d gotten on with some of her crewmates, she could never reveal the truth to them. They’d only known Ezra Haynes, not Elizabeth Haynes. The inability to be herself tore her apart inside and kept her from sound sleep. And when they went ashore, to drink and dine and spend their stolen money and take pleasure in the company of whores… That last part was the one she longed for so strongly, but it was out of her reach. All she had wanted was to spend one night in a beautiful woman’s embrace, but could she trust whoever she lay with to keep her secret? What if one of her crewmates saw her?

Now she was dead at the bottom of the ocean. Despite this, the seas had seen it fit to bring her a companion, someone she’d never had in life. She wanted to enjoy Parthenope’s companionship for as long as she remained bound to the mortal world. And of course, the siren’s beauty was hardly a downside...

Parthenope was speaking, but Elizabeth wasn’t hearing a word of it. She shook herself out of her reverie and said, “Sorry, what were you saying? I apologize. I was distracted by, um... Never mind.”

Parthenope chuckled. “Nothing important. I was just talking about my last hunt.”

“Would you tell me about yourself? You promised,” Elizabeth said shyly.

“Of course,” Parthenope replied. “Though I am, perhaps, less interesting than you might think I am. I come from Greece, and my name comes from my distant ancestor. We are not immortal, but we are quite long-lived nonetheless. Just like you, now.” She grinned, and Elizabeth looked away instinctively, as if she were blushing. “My sisters are Leucosia and Raidne, and we live on a small island not far from here. You would think at this point, considering how many sailors we have taken, there would be fewer ships that sail this way. You would be wrong. Who am I to deny them their deaths?”

“Why do you kill them, though? They’re not hurting you, are they?” Elizabeth said.

“Some may try. But we must eat, just like any other creature. Our song lures them into the water. We feed not on their bodies, but their souls as they sink into death.”

Parthenope laughed brightly. “Why would I do that? Ah, I love my sisters, but I tire of them sometimes. I would not be rid of the one friend I’ve made in a long time.”

“Someday,” Parthenope said. “We will figure it out together.”

“You mean that?” Elizabeth said. “You’ll free me from these chains?”

“I will do all I can.” The conviction in Parthenope’s voice surprised Elizabeth, but it filled her with hope.

They talked and talked, of things great and small, until Elizabeth’s voice ran out once more. Parthenope lingered a moment longer, her face close to Elizabeth’s, until finally, she whispered “Tomorrow,” and returned to the surface again. Elizabeth closed her eyes and set about waiting for morning. 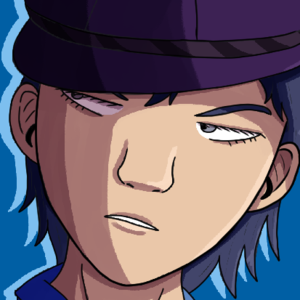 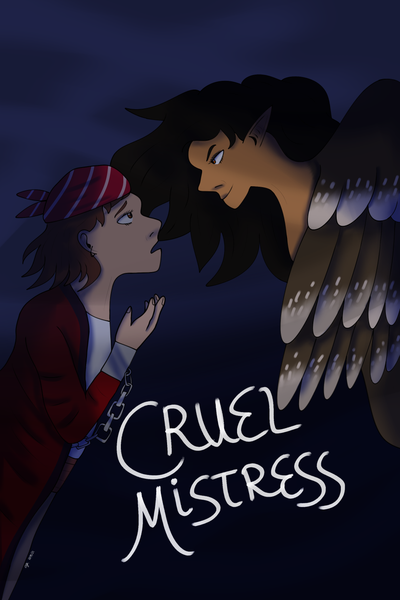 A short story about a female pirate and the siren who loved her.
Subscribe 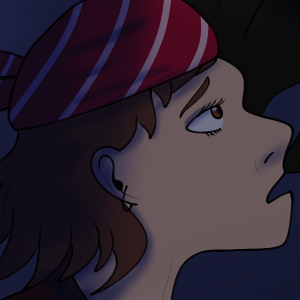