‘‘In the book of DEOS, the almighty Creator crafted this cliff; the highest point of earth, Atla, so he could adore the views of his magnificent masterpiece.’’

‘’People are forbidden to come here.’’

‘‘He came here just to jump down off this high cliff, to end his own life?’’

‘’Death only comes when we people chosen by the book wished for it.’’

‘’He is a fool. But fools are what makes life different and interesting.’’

Those words were uttered by someone from a near distance, enrapt, observing the man who just jumped off the cliff.

He is a figure of fairness and beauty. His long hair, skin and cloak are white, pure and untainted, the pair of his eye is glowing in red, appearing like a completely different creature-- or person who is transcendental. It seems Atla is his dwelling place.

Light flashed, snapping out the consciousness of the man as soon as he jumps, so he wasn’t able to see nor hear a thing.

The cliff is so high that it took him time before his insensible body reached the ground.

His fall dyed red blood all over the ground, seeming like a blooming flower from the book of DEOS. With a body completely wrecked, the life in him did not cease.

His bones were all broken, unable to move. But death won’t reach him.

The person who witnessed the man’s fall approached the weak and severely injured body.

A strong force of life sparked in him; it made his fingers flicker in shock, and open his eyes, slowly.

He immediately noticed the blurry image of the man who have witnessed everything.

His vision gets clearer as his faintness dwindles. But the pain from his injury is too much, it consumed a lot of his energy into depletion.

Niru can’t barely open his mouth. But his eyes were stunned, as he sees something bizarre,

Green fields full of vegetation, sky dyed in all blue, deep oceans abundant in life, a time where dusts of light called stars make a beauteous scenery and merges together with the moonlight, all that only exist inside the DEOS - the only existing book and is said to have recorded how the Creator shaped nonentity into a masterpiece, the only source of knowledge about life, and also the reason why people are deprived of the right to know-  It is said that the book was left by the Creator to conduct order and laws.

But no one really knows.

In reality, nothing that is written in the DEOS about the world is real, every creation is abysmal and is in inappropriacy, contrary to what it says.

All that there is, are nothing but dry lands, scraps of solas- a type of material that was used in the process of creation, plentiful and can be found anywhere around. The ‘’above’’ which is called sky is as white and empty as nothingness, no clouds but sand storms. Weather is sultry and the labyrinth of mountains that were created in the times of precedent are the only domain to keep the people unharmed from the scorching temperature.

Landscapes is ever-changing in forms; some portion of earth is occasionally lifted in heights, will be broken into fragments until it decimates into void. Sometimes these lands will distort and new bodies of earth in an unusual shape will be formed- this strange phenomenon is called the ‘’distortion’’. However, everyone is oblivious to It, in the sight of every people, creations are glorified and is unmarked with any flaws.

There is nothing to eat, but everyone never ceases to exist, people are made this way- to live is a responsibility to give back to the Supreme One; to give him the veneration and adoration is the only reason for life. This is the law of this world, following it means a life affixed to eternity, you will never meet your demise, but failing to obey or any act of defiance will be the otherwise- Only the Creator can make death possible.

Although people know the word, time, years, sky, stars and other more things that they never actually know or ever catch a sight of, they indeed lack so much knowledge about these things and even about their own world. All they know are everything that were written in the book of DEOS.

No one has ever refused to follow the laws until a man of great wisdom ventured and tried to object the truth that is known to all man. Everyone would kneel to the ground in worship to the Creator and would do it the entirety of their life, but unlike them, this man refused to do the same. It was Niru’s father who questioned the Holy writ of the Most Supreme.

He sought for the knowledge, dedicated all his life to unearth the unearthed, opposed the DEOS and the people who are devoted to its words.

He made so many outrageous things; DEOS cannot be owned, so he stole it and engraved its text to tablets of stone so he can further study it on a deeper extent- the book was then retrieved by the people. He sneaked to a sacred and forbidden place to gather information and almost lost his way out. And the most outrageous of all of that he did; He teared out 3 pages of DEOS and hid it- Hitherto, the 3-missing page’s whereabout remained unknown.

Because of the things that he had done, he was chased down, got separated to his son and punished for his sins. Without a trace, Niru’s father vanished. The last place he was seen was in the sacred cliff of ‘’Atla’’- Some people say he jumped of the cliff and died as a direct punishment from the Creator- The first death.

With a heavy heart, Niru carried the undying beliefs of his father, following a path that would eventually get him into danger; Opposing DEOS, unaware and incautious to what the consequences could be.

‘’DEOS is not the truth, the Creator has already left us.’’

By saying that, people who are devoted to the Creator would get outraged over him and hunt him down for punishment. Niru placed himself in the opposition of everyone by being hostile to the Creator’s very words and laws, but all that he knows is, what his father has taught him were true.

Niru is relatively smaller to most people so he hid himself into safety by devising underground labyrinth of holes in size similar to his.

He confidently lived in imprudence, until, abruptly, he received the payment for defying DEOS- He felt pain right in his stomach. He was the very first person to feel pain- that’s because people are made immortal and their minds does not react with any discomfort.

Feeling an ache made Niru be feel the ‘’starvation’’ and would try to scrounge for food and eat rocks or sand just to relieve the suffering. There was no edible food, so he struggled and lived his unceasing life with the lifelong curse of agony.

Although, Niru wasn’t really sure to who or what gave him the curse of agony, he casted all the blame to the Creator.

Time has passed rapidly, but his great unending torment didn’t get any better.

Fully cloaked in a loose dark mantle with a lengthy hair swaying along the wind, Niru, stood atop a high cliff to read the DEOS that was engraved in tablets by his late-father. His face is masked with an empty expression, knees trembling in inexorable agony, eyes filled in darkness of the void, hopelessness reigns over his mind.

Not a single moment of time that he moved his shaking left arm away from the endlessly agonizing pain of his stomach, squeezing it tightly while unsteadily holding a piece of tablet on his other arm.

He wished for a miracle that would get his suffering away.

With no one to blame but himself, he felt a deep remorse for following his father’s sin- But only because of the pain.

Feelings of contrition flooded his mind, it made him feel ashamed of himself.

‘But a being of all highness would never forgive me, a lowly creature.’’

‘Regretting is no use.’’

He is in a total desperation to end the curse that was inflicted to him.

A lot of his time were spent on crying instead of reading. He can’t barely finish a whole sentence because thoughts of despair are making it harder for him to grasp words. But then he stopped to decide into something.

‘’I wonder what lies here after life.’’

‘’ I don’t know if I will be able to reach my own demise by jumping down this cliff, but I don’t feel bad about doing it.’’

He thinks of ending his life so the curse will too.

‘It’s the Creator that gave me this curse, the death of a sinful man is gratification to him.’’

But he suddenly felt strange, a very familiar sensation.

He quickly looked down to check something.

‘’Was I lying in there just earlier?’’

A man of a very familiar aura there appeared in front of him.

‘’ I should be asking you the same thing. Anyway, aren’t you glad? You have been cured!’’

Niru was so confused, he didn’t notice that the curse that was inflicted to him is finally gone.

Niru had an incredulous expression- like a dream that is never coming true. He burst out in tears, unable to keep his emotion to himself, he rolled, sweep the ground with his body.

‘’I decided that you will be my child.’’ 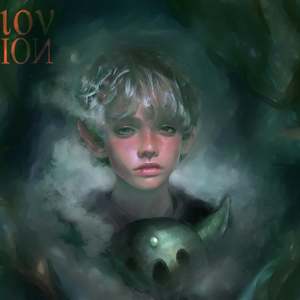 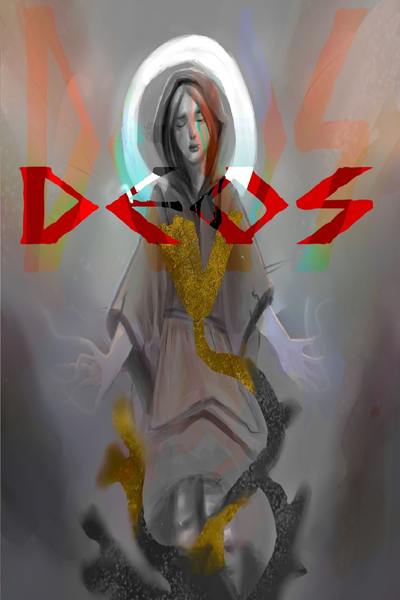 DEOS
The world is distorted, yet most are oblivious about it.
The creator seems to have abandoned his works and has left it incomplete, appearing in inappropriacy.
All that's left is a book that is said to have all the records about the world and they call it "DEOS".
Being aware of the distortion, a person becomes "awakened" and gains a power that can manifest their thoughts and mental images into the physical realm, a power that's almost like the creator itself. But, without the "awakening", normal people cannot see the actual power of the awakened nor the distortion, making them see what's beyond the superficial world.
Subscribe 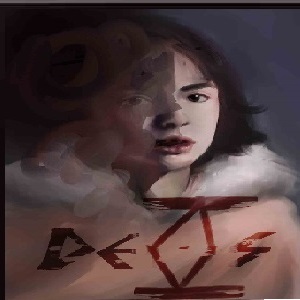