The clouds smothered what should have been a bright blue sky of a sunny afternoon, the rain that fell from their convergence as soft as the mood of the various people gathered within a certain high-end graveyard.

“We are here today to commemorate the passing of Darius Stone, a beloved husband, father, and philanthropist whose presence has forever carved a deep memory into the world.” An aged pastor began, his voice laden with grief.

“Yet while he has departed the world of the living, his legacy continues on with his great contributions to the welfare of the common man, something even his peers scorned him for openly. Something that we, the common men and women of the world, will forever hold dear in our hearts.”

The priest continued extolling the virtues of the recently departed man, his speech and impeccable oration moving the hearts of all listeners. There were about 50 people in total, all in black funeral attire, all looking like they had lost the greatest thing they ever could.

While 50 made it a crowd, this had been the hard limit for this opulent cemetery meant for the topmost echelon. If just anyone would have been allowed in, the number count would have crossed hundreds of thousands.

This wasn’t too far-fetched, as the person they were mourning was Darius Stone, the world’s richest and most influential man of the 22nd century. He had owned most modern megacorps or had at least had controlling shares for them, also singlehandedly creating a movement that raised the bottom line of poverty from abysmal to being able to get some livable conditions in life.

His influence had not been limited to one particular country, but had been worldwide. More than 90% of sovereign countries had been able to experience this growth thanks to his efforts, hence the label of one of the greatest men of this age.

Present in the cemetery, at the forefront of all mourners, were two women and one young man. They all shared the same features, moderately tanned skin, sharp noses, soft faces, and light hazel eyes.

The first daughter, Solena, was currently comforting and rubbing the back of the second daughter, Miranda, who was sobbing like there was no tomorrow. Solena knew how much Miranda loved their father since he had always pampered his little princess.

His only son, Martin, clenched his fists and seemed to hold back the tears his sisters were shedding in order to keep the image of a manly fellow, but he could fool no one. In fact, his effort to act tough rather made the other mourners feel all the more depressed, as it was clear this family was suffering from their loss.

“And now, our brother and beloved guardian, Darius Stone, shall be laid to rest beside his wife, Deia Stone, so that they may continue their heartwarming love in the afterlife, together, forever.” The aged priest intoned as the ceremony came to an end.

The casket was eventually lowered into the grave, the ornamental design revealing that the price paid must’ve been beyond the roof. However, no one complained as it was the least this great man deserved.

After the casket was lowered, the people paid their respects to the family and began filing away slowly. Eventually, only the three children of Darius Stone were left at the gravesite, and their demeanor changed the moment the last person left.

“Sigh, why did Dad want us to act so emotional during his death? I don’t get it.” Miranda, who had been in inconsolable tears just a moment ago, stood upright and pondered while wiping her face calmly.

Solena, now also with a neutral expression, cleaned her eyes and spoke in a cold tone: “Because he wanted us to capitalize on the image he had painstakingly built in order to promote ourselves and make our succession smoother.”

Martin sighed and scratched his cheek. “Our father truly thought ahead. He even predicted how the board members would react upon his passing and laid down an elaborate plan on how to deal with each one of them! Amazing!”

Solena nodded and smiled slightly. “Father truly was the most intelligent man. With his guidance, we can easily split the empire he has built up in a way that will prevent any outsiders to acquire so much as a penny.”

Solena turned to her brother. “However, Martin, everything depends on you. Can you fulfill father’s master plan and take over on the surface?”

Martin scoffed and folded his arms. “Of course, Sol. If I fail even after being trained by father personally, then I might as well just dig a new hole next to him and join them.”

Miranda said in a silent voice: “I really wish father could have lived a while longer. It feels so hard without him here, guiding us.”

Solena gently caressed Miranda’s face and spoke softly. “Father has lived to reach his late seventies and we all know he had grown tired of life without mother. He only persisted this long to give us time to grow.”

“I know, but… sigh.” Miranda murmured with resignation.

Soon, a well-dressed chauffeur came up to the trio and bowed. “Milady Solena, your husband calls for you. Your son is currently in need of a diaper change.”

Solena smiled beautifully when she heard mention of her firstborn son. “Okay, I will be with you shortly.”

The chauffeur bowed once more and stood by the side. Solena then hugged her sister and little brother before leaving the scene.

Right after her, Miranda was soon picked up by her fiancé, leaving young Martin to wait for the family’s driver to come for him.

The moment the event came to an end, the dark clouds instantly lightened and the rain came to an end. The timing was truly impeccable, but very few would pay attention to it.

After all, if they couldn’t even notice that a certain entity had stood with them at the funeral the entire time, they would certainly not notice abnormal weather conditions that had not appeared to give ambient effect to the event, but rather to warn of a potential disaster. 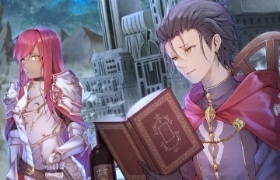 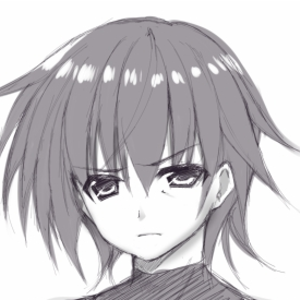 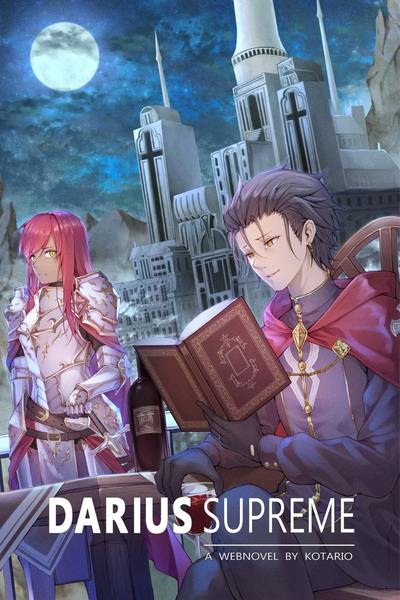 On the 15th of March 2139, the world mourns the passing of Darius Stone, billionaire broker, and philanthropist.
Yet while his family and friends put his body to rest, Darius wakes up to find himself reborn into a younger body in a different world.
A strange voice informs him that his soul has been transported into the magic-filled world of Faust on the behest of a mysterious Goddess called Vena, for the sole purpose of entertaining her through his struggles.
In this world where any dream can be achieved with enough effort, he sets out to become a Supreme, an existence above Mortals and even Gods!

—————————————————
Warning: This novel features a villainous protagonist. If you have enjoyed Warlock of the Magus World, then you should be able to tolerate Darius Stone’s actions and choices throughout the novel.
Note: This story is slow-paced in order to allow for better world-building and development. If you’re looking for a fast-paced action story, this might not be for you.
Subscribe 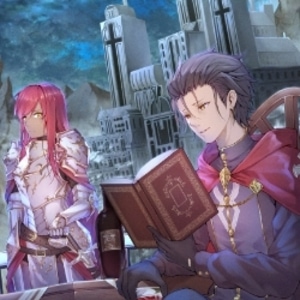