Some creatures are born for the light. Some, obviously, are made for the dark. Humans have, since long, held light synonymous with good, and darkness with evil – the sole reason behind it being that they seek superiority and might, an illusion that they are the ideal beings Mother Earth has ever produced and cherished.

But here I object. I ask, is evil absent in the realm of light? Are we, the creatures accustomed to shine bright in the light, and shrink to nothingness on lonely nights, free from the evil souls that here reside?

This, merely a question of logic and philosophy, gives us an insight into the level of clarity we have attained in our conceptions since mankind has originated on earth. Are we not conservatives, in this sense?

If such a division has been made based on likes, dislikes, or preferences, what category do I – addicted, affectionate to both – fit in?

Am I made for the day, enthusiastic, energizing and refreshing, or am I suitable for the night, which calms and soothes and lulls its children to sleep?

I have friends, dead and alive, but is it an absolute necessity that the dead is dark, and the light, alive?

Is it a sin to be impartial, to love both equally, and to demand both the faces of a single coin?

If so, then what am I? Am I with the light, by the accident of birth? Or am I for the darkness, for the ability I possess since my birth? Or maybe a mere exception, rare and unique, discarded by both, and wandering for shelter, somewhere in between?

We have, since time immemorial, classified beings of the dark as hideous monsters, encountering whom means ethereal darkness, a destruction of fate. I ask, once more, is the world of light free from such monsters?

No, and I dare say that, even the most gruesome and cruel devils from the deepest, darkest mythologies cannot match the level of insanity that the present day man has attained – and only one who has ventured into the place will understand. If still, there is hope for this dimension of ours, why is the dark realm an exception? Is it hopeless to expect a soul there that is more human than the present day human that dwells in the realm of light (Earth)?

If so, then who was she, in the very same hopeless dark realm? She, the beauty of whom surpassed the fairness of the fairest fairies of heaven’s luxurious state? The live model of prime innocence, loving and wondrous thoughts, ever curious, short tempered yet calm and youthful, by the anger of whom the ground shook, by her calm the very same land soothe… who was she?

She was the one who held the capability to soothe me with the shelter that I, the discarded, sought. None other than the Princess of the Dark Realm (now queen). And I, like all others affected by the generous curiosity that lingers around the age of infancy, approached her, to give life to a fantasy of my own, or so I thought.

So, at the age of 5, I deliberately overslept, so that, in a state of half consciousness, half control, I could venture into a world that fascinated me to no extent, as a whole new experience unfolded itself before me.

In fact, now that I look back, it has been these experiences that have inspired me to write, and to continuously get better at it, so as to express my wondrous ventures to the world, which to them are mere tales of entertainment and fantasy.

In many a ways we were quite similar. I was little, not knowing the meaning of love. I am sure she was quite devoid of the feeling at that time, too. But looking back at the times we spent together, I miss them quite a lot. Those times of first meeting will never come back now, and I cannot even cherish those memories to their fullest, as I lack them.

Coming from a well to do family, her huge castles and numerous luxuries fascinated me. I never ceased to find a corner of her realm unexplored by me. It was one of my greatest pleasures to talk to her while walking through the lovely gardens, and I was quite amused to her lack of knowledge about the realm of light. So was she, on mine about her world.

The monsters mankind has regarded to as hideous and evil never ceased to amuse me. There was never a single threat to a soul when it was there. In contrast, I have many a times escaped deadly situations in my own world, got afraid, but the Dark Realm I regarded to as one of the safest places. So much so that I, a person susceptible to heart failures – due to a genetic disorder in my family, I have been told – never even skipped a beat when I ventured freely into the Realm.

But from what I have said, it should not be taken that the Dark Realm was the ideal place, the abode of peace and tranquility. Other nations have attacked, and amidst the peaceful walks and lovely talks, I have witnessed deadly wars, which lasted for long and longer times… as war has left no realm alone in peace, but the frequency and methods, along with the damage and treaties, is what makes us unique, different, and, in many ways, better or worse off.

Back then, I do not remember her leading armies to victorious battles with the sort of killing spirit that she now has. In the years that I stayed away, and alas! Blissfully unaware, of her presence, she has transformed but greatly.

It wasn’t my fault, I console myself to present date… like all children diagnosed with hypertension, my mind was designed to quickly rush past and forget, never look back or stop. My ideals were flexible, and as the knowledge of contemporary human shaped my soul, It was but natural for me to disregard all my ventures as merely fantasies and tales of fiction. Hence our first meeting. And separation.”

“More philosophy than story.” Commented her.

“I have told you all that I know. Or should I say, all that I remember.

A strange connection between my ideals and my abilities is that, if I stop believing in them, they stop accepting my requests, and my power to manifest these abilities gradually recedes away.

So gradually, my ability to venture into the realm decayed, and finally lost into the depths of, I say, the unconscious.”

“Then how do you remember now?” my ever curious friend enquires.

Sania Prashar – artistic, friendly, tall, weird. But one I feel comfortable to confide in. yet, I say, trust requires years to be built, and there are few who believe in wide arsenal of wild adventures that I narrate to them. Sania, is one of them.

Presently I served my acquaintance with the best suitable answer.

“last year, strangely, my mind vibrated at the same frequency as it did at the time of infancy, catching the same old rhythm, the same old song.”

“A song, sung in a voice so melodious that only the pure, passionate soul can have. And here I am not talking about the Queen here, I suppose.”

“Your suppositions have rarely been correct, so I make out from your story so far.”

I admit I laughed. She followed.

You and me, are mere thoughts

One has thirst, the other, excess

To quench one, the other shall perish

Or harmony prevail, with peace for us?”

“Songs rarely do. But I, a singer myself, can tell you the composer was skilled, the voice exceptional, almost heavenly.”

There had been rare occasions when even my closest friends, upon hearing my tales, had come up with the remark –“are you sure it’s not your imagination?” but I, a prodigy of psionics (I prefer to brag a lot about my uniqueness) can easily tell that schizophrenia is not what I am diagnosed with – though the trauma of this possibility had haunted me for days, a series of medical checkups had proved me wrong. I was, and I am, in a perfectly healthy mental condition. As they say, false facts cannot haunt the brave heart for long. My good friend Kiyomaro has prevented me from looking back into the possibility ever again.

“Gah, why do you hold so many talents? Good at drawing, writing, studies, singing, psionics and now, travel between realms. Leave something for us, for god’s sake” comments an annoyed Bhavna, another friend I feel comfortable to confide in.

“Having multiple talents only makes it harder to aim for perfection. And by the way, I have left the seats vacant in fields that require physical strength. “

“What is the need to attain perfection?” asks Bhavna.

“Think of it as a multi – stat game character. He is an average in all stats, but against a strong opponent, such characters are mostly fails, as they cannot do anything to their fullest.” Shubham comments.

“Another game reference” Sania rolls her eyes out of habit.

“Perfection, though unachievable, forms the base for progress. Once the crave for perfection is lost, the species will cease to progress, and the society starts to decay. Chance of survival reduce to zero. I remember how once –”

“Okay, let’s be systematic here,” interrupts Sania. “ ever heard of chronology? Start from the beginning?”

“Count me in.” approved Shubham.

“Then listen, my tale of love, , action, adventure and passion, for it is this very passion that ignites me to the core, inspires me, fuels my soul.”

A dramatic start, as always. 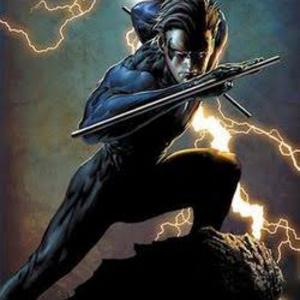 HEY GUYS. SO THIS IS THE FIRST CHAPTER OF MY NOVEL. I HAVE TRIED MY BEST. KINDLY OFFER YOUR REVIEWS IN THE COMMENTS 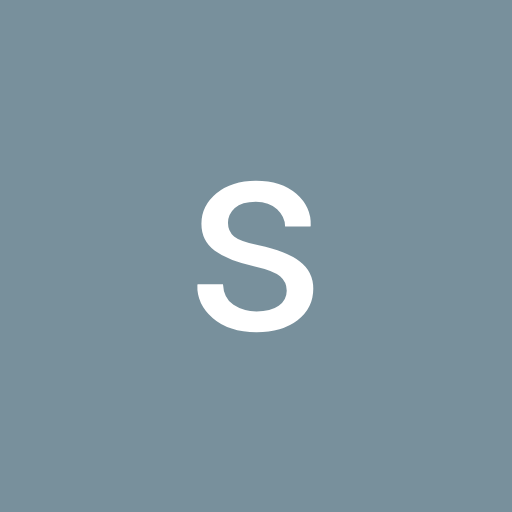 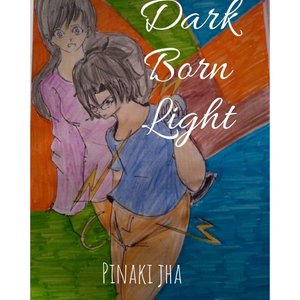 THIS IS THE TALE OF A GIFTED CHILD, AND HOW HIS NUMEROUS ABILITIES LEAD HIM TO THE SECRETS OF MULTIPLE REALMS AND PAST LIVES, AND THE PREY OF NUMEROUS BEASTS, OF LIGHT AND DARK ALIKE.
Subscribe 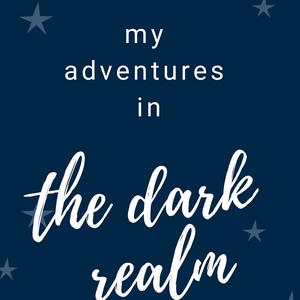