I am not real.

Now, this isn’t terribly unique in this part of town, a lot of people, one way or another, aren’t really ‘real’.

However, unlike everyone else, unlike the people that live here, passing in and out of everybody else's daily life, there only for a second, and never actually ‘there’, is that I was never actually real to begin with. Everyone else, they just die. A spark of existence snuffed out by the harsh realities of the world.

Except the ones that hurt us. They persist. They come back. Over and over, day in and day out, they remind us of their existence the only way they know how. By causing him pain.

He exists, and through him, I see the world. And I listen.

To the television, turned high to hide the shouting. To his parents, who can be heard fighting up and down the neighborhood, despite its best efforts. To the rain, hitting the tin roofs, just a block or so down, taking it’s time getting here, to us. To his hushed whimpering, trying so hard not to be heard, as he cradles his recently broken arm. And to the knees and palms scuffling behind the rotten wooden fence nearby, before a small, blonde head, pokes out from a hole.

“Hey!” Came a voice, snapping our attention to the girl, staring at us with bright blue eyes, flakes or orange shining in the light, like cracks of glass in her iris. She was covered in dirt, a by product of the hole she was crawling out of, grinning at us with kindness and joy. “Wanna come over to my house?”

Oh no. Jim, stay away from it. They don’t like us maken' friends.

But she seems nice... he said, slowly walking towards her.

So did they, remember? It was a trick. She’ll hurt us too!

-I hiss at him, trying to get him to stop.

“I won’t hurt you. My daddy and I just want to help.” She crawled the rest of the way out of the hole and walked up to us, sticking out her hand.

Jim flinched at the movement, putting his uninjured side between her and his arm.

The girl flinched at the motion, putting her arms in the air. “Sorry. Sorry. My daddy says I get too excited.” She smiled, tilting her head down to look Jim in the eyes. “What’s your name?”

“James...My name is James.” He says, meekly. Barely more than a whisper.

A loud crash came from the house followed by angry shouting. The shouting that came before the pain. We both turned towards the house, fear in our eyes.

The girl rested her hand on Jim’s shoulder and he turned towards her face. She was smiling warmly. “Don’t worry. Everything will be alright. Come on.” The girl waved for us to follow and crawled back under the fence, her legs wiggling before disappearing from sight.

She’s not the first one to say that. They always promise... lies.

But she seems different.

We thought that before and it always ends the same. More pain. Worse than before.

We should just ignore her.

And go hide under the tree until they stop...

But I... He turned toward the house and for the first time since we were carried into it so many years ago, it was silent. “I don’t want to.” Jim said and he followed the girl through the hole, barely large enough for a rabbit.

When we made it to the other side, the girl was bouncing happily. “You came!” she ran up to Jim, and grabbed his uninjured hand. Her grip felt like an adults as she playfully pulled Jim towards the front yard. “Come on come on! You gotta meet my daddy!”

We followed her to the front where she cupped her hands around her mouth and shouted, “Daddy!!”

A few moments later, the largest man we’ve ever seen walked out of our house carrying a bloody baseball bat. He had long blond hair, speckled in blood and was wearing blue jeans and a red stained white shirt.

He smiled at us and the girl with kind blue eyes and responded in his calming voice, “Is that him, hon?”

I flinched at the nickname, but for once Jim didn’t, and for once, pain didn’t follow it.

“Well alright then.” The man smiled, pulling a garage door opener from his pocket. Dramatically, he held it up to his face, and pressed it.

The house exploded into a ball of flames that lit up the night sky, a pillar of orange reaching for the stars. Dogs started barking, car alarms and babies wailed into the night. The girl jumped up and down next to us, giggling madly and the man laughed, creating a booming, confident sound.

This was a bad idea. We’ve made a mistake.

James turned to me and smiled.

He smiled at nothing. 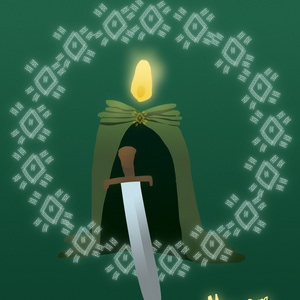 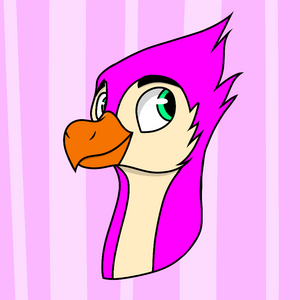 I'm really liking this style of narration, looking forward to the next page. 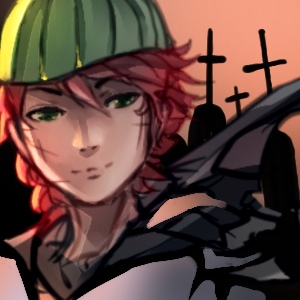 In the gang infested districts of Krymehaven, James McAllister struggles to live out a meek existence with his friends and family. But in the No-Mans-Land, where every day may be your last and anyone could put a bullet in you, James and his friends are just...deadmen walking
Subscribe 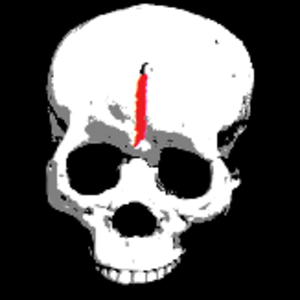