They could hear the sound of hooves clip-clopping quietly up the road. From within the small farmhouse, the old couple looked at each other, their eyes reflecting the flickering flame of the candle resting on the table between them.

A moment later, the sound stopped. There was a hiss – the wind rustling in the branches of the old cherry tree – and then the barely perceptible jangle of spurs followed by a small thud as the rider dismounted from his horse. The couple stiffened.

“Blow out the candle,” the old man said in a tight voice.

The woman, hands fluttering nervously, leaned over and blew it out.

The black silence hung in the air and then there was the quiet, steady sound of someone walking up the path to the house.

“Oh, my, oh, mercy,” the woman murmured, wringing her hands.

Several seconds passed. They could hear him stop at the foot of the porch stairs and the creak of his weight on the step. A heavy tread, carefully measured, and then they heard two small raps on the door. The woman emitted a startled sound, like the squeak of a mouse. The old man stood up and in three steps was at the door. It opened soundlessly and the stranger, whose form was black against the moonlit sky behind him, stepped through. The door shut behind him, and then the only light came from the window, where the silvery-blue hue of the midnight sky cast the room in a strangely ethereal light.

“A candle,” the man’s quiet command gave nothing away. His voice was deep and inherently modulated. The old man returned to the table. There was the tell-tale scratching, the clinking of the stone, and then a small flame.

When he turned, the stranger was holding out a scroll held shut by an unfamiliar seal.

The old man took the scroll, looking at his wife. She sat as if she had been turned to stone, bits of her grey hair peeking out from her nightcap. She was staring at the stranger, at his tall, imposing figure clothed all in black, the hair tied at the nape of his neck, the hat pulled low over eyes. He was a handsome man with a sharply cut jaw. He wore a magnificent cloak with a clasp encrusted in jewels at his neck, and a sword stuck out from beneath it.

The old man broke the seal on the scroll and unrolled it. He read the short missive and then looked up.

“I swear,” he said quietly, a raspy edge to his voice. The stranger pointed to the woman. The old man passed her the scroll. She read, her hands shaking. Then she nodded.

The stranger stepped back and lifted his arm, snapping back the cloak. Beneath it was a small bundle strapped to his waist. He worked in quick, deft motions, releasing the buckles and straps, and unwinding a long length of fabric holding it in place. A moment later the bundle was free and he pushed back the blanket and turned it so that the couple could see.

They both leaned forward, the woman half-rising from her chair, and their breaths caught at the same moment.

“A girl,” said the stranger.

The babe was not more than a few days old. She slept soundly, a drugged languor to her slack mouth. The old woman emitted a low cry and reached for her. Her eyes were on the child and she did not notice the shadow that flitted over the stranger’s face, hidden beneath the hat. But he let the woman take her, and her arms enclosed the baby to her chest, giving off a little hum almost without meaning to.

The old man watched her, struggling to conceal the strange emotions warring in his chest.

“You have received your directions,” the stranger spoke in the suddenly warm hush that the presence of the baby brought, his voice cold and flinty. “She is to know nothing. You will reveal her existence to no one. There will be severe punishment if this command is not obeyed. Every year come spring you will receive your compensation. This is your first payment.” There was a clink of coins as the stranger withdrew a drawstring pouch from within the folds of his cloak. He held it out and the old man took it. “And now you will both sign the missive sent by Lord Heathwood.”

This was soon done and the stranger stepped back. His eyes, cold and grey beneath the brim of his hat, were focused on the child in the old woman’s arms.

“See to it that she is always cared for as stipulated. No harm may come to her or you both will pay. Is that understood?”

The old woman did not look up. “Aye, sir," she murmured.

“Good.” He turned to leave but the hesitant voice of the old woman stopped him.

There was a moment of silence and then the stranger’s lips parted. An ironic smile appeared on his face, otherwise cast in shadow.

“Her name? Her name is Destiny.” 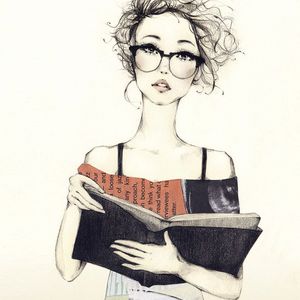 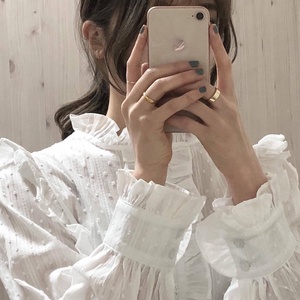 I love this :D cant wait to read more 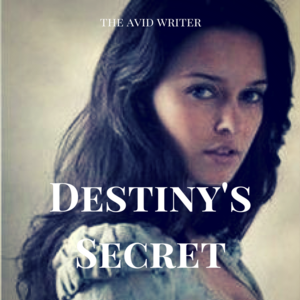 She never knew the truth about her past. She never knew who she really was.
Everything changed the day the last scroll arrived. It is the moment towards which her whole life has been leading. And now she must embark on a quest to discover her true identity - before she is found.
Subscribe 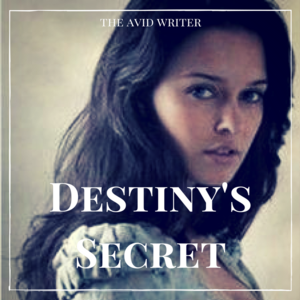