Those three words have been stuck in my head for ten long years. Why? They were written on a shoebox sent to me by my mother on my tenth birthday with the instructions to wait until my twentieth birthday to open it. The moral of my story being that today is my twentieth birthday. Years of waiting are finally up! You’d think that after all this time I’d be jumping for joy. But no! All I can to do is stare at the freaking box as its previous owner had been Pandora.

“Did you do it yet?” my best friend Amie asks breathlessly, running into my bedroom. She looks expectantly at me, before looking at the box, and then back to me.

“Why not?” She asks, sighing over-dramatically, falling heavily onto my bed.

In under a second, her face changes from annoyingly upbeat, to annoyingly crabby.

“Kris, you are being such a…” she trails off, biting her bottom lip trying to find the perfect word. “I’m not sure what, but it’s not cool.”

I try not to get to annoyed, but she’s making it hard.

I understand her impatience, I really do, but at the same time she has no idea what I’m going through. Her Mom, after all, isn’t dead.

Amie laughs. “You seriously think your Mother sent you a bomb for your tenth birthday, let alone tell you to wait until your twentieth to open it?”

Before I can get more than a syllable out, she’s reaching across me and yanking the box from its usual perch, on my bedside table. She puts it to her ear, giggling. “No ticking. I think you’re safe.”

I yank the box from her hands, “I don’t mean an actual bomb, idiot! I just mean I’ve been waiting a long time for this. And what if it’s crap? What if it’s just an old grocery list or something?”

“What if it’s a million dollars? Don’t you want to be filthy rich?” Amie smiles at me, wiggling her eyebrows suggestively. “Come on Kris, destroy the sucker and find out!”

“No,” I whisper, holding onto the box tightly.

Amie sighs deeply. She’s never been one for patience, and I can tell I’ve worn the little she has down.

“Amie,” I say, trying to get her to understand what I am feeling. Which would’ve been easier if I even had an idea what that is myself. I open and close my mouth a few times, trying to come up with a useable explanation. “Amie. I…I just…can’t.”

Amie groans looking at me as if I had just told her the world was flat. “Kristine, if you’re not going to open the stupid box, then I am!”

In a movement so fast I barely realize what she’s doing; Amie grabs the box from my hands and holds it over her head.

I feel my chest tighten in fear. “You can’t! You can’t take her away from me!”

Amie suddenly looks at me with pity. She finally understands why I can’t just destroy the box. She has a deep sadness in her eyes. I know I should say something, but I’m too shocked by my own words to do, or say, another thing. I hadn’t realized before what the box truly represented to me. The more I think about it though, the more it makes sense. My shoebox, after all, is the only thing I have left of my mother.

“Kris, I know you miss her, but this box isn’t your Mom. Opening it isn’t going to make her come back.”

I’ve missed her ever since I was eight years old, and she was diagnosed with terminal pancreatic cancer. She only lasted two years, even with the chemo. And after she was gone nothing felt right. My Dad, as much as I love him, has always been distant. Mom was always the opposite. She had also been my best friend, companion, and in so many ways, my world. Without her I felt like nothing mattered. That is until two months after she died, when her box arrived in the mail. Things got better after that.

“You know,” Amie says softly, “This box might be what you need to let her go.”

Reluctantly, I tell myself she has a point. I can’t hold on to the box of her forever. I need something new, something healthy to help her memory live on. The contents of the box might help me get just that.

She places the box on my knees, and slowly I pull at the ribbon, and remove the top.

The box is empty except for two things: a picture and piece of notebook paper.

The picture is of me and Mom. In the picture I’m no older two, and Mom and I are in the backyard. I’m on her lap, and she’s sitting on the old porch swing we used to have. We are both smiling at the camera unaware of the future.

Wiping away a tear, I move on.

The note is short but very sweet.

Happy Birthday to my beautiful daughter! Congratulations on surviving your teen years. I wish I could have seen you grow into the wonderful women I know you became.

You probably want to know why I made you wait so long to open this. Well, the best answer I can give is that you were too young. You needed something to help hold on to me, and look forward to. Now though, you’re old enough to understand that I’m always with you. I may not be with you physically, but I’m in your heart, and memories. Someday we will meet again. 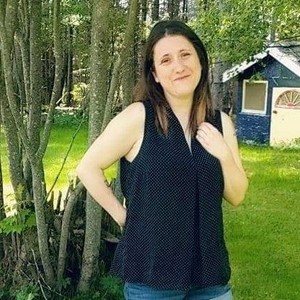 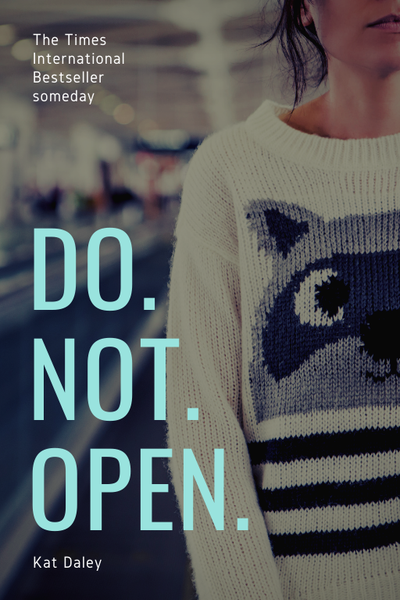 When Aimee's mother died, she was only 8. She was left without a best friend, a mother, and a present that she was not allowed to open for ten years. She is now finally 18, but can she actually open it when the time comes?
Subscribe 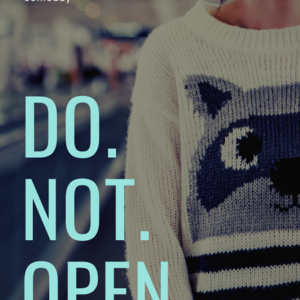