Dawn of the Abyss

Tch, he’s one relentless beast, I’ll give him that.

“Aur, watch your left!” Thousands of poison ivy vines grew from the dry, desolate ground in an instant.

Grrh, they can reach this far up? I quickly flew around them and charged towards Alpha, through the miles of empty area. I took a deep breath, and spewed my blue fire onto him. As the flames receded, however, I could see him unscathed, standing comfortably inside an energy barrier. Those goddamn runes!

“Shut up! I’m on it!” As Lyon cast her spell, the ground beneath her glimmered in a dim, violet light, forming an intricate pattern spanning hundreds of meters in circumference.

After a short delay following the spell casting, a gigantic beam of light fell from the sky, aimed towards Alpha within his protective barrier.

Surely that was enough power to break it, right? To confirm my suspicions, I flew closer to the rocky ground, yet out of caution, continued spewing my dragon’s breath.

A barrage of icicle spikes immediately zoomed towards me from my rear. I turned and twisted my neck, spewing my flames towards the ice headed to my back. It turned them into vapor, but that attack in itself was an indication that Alpha’s still kicking around.

I gave Lyon and Pharys a quick warning. “Keep your guards up, he’s alive!”

“Ugh, even after that?” Lyon expressed her annoyance, and continued to cast another spell.

“Pharys! Is Magnus here yet?” I asked the necromancer, looking for confirmation.

“That asshole’s taking his sweet time. I’ll try to keep Alpha busy!” With a look of frustration, Pharys clenched his right wrist forcefully. In an instant, his hand darkened into a gradient of pale, deep green.

As he released his clench, his body started levitating and a bright light shined out of his face. And with that, thousands and thousands of undeads emerged from the cracks of the barren ground beneath.

The undeads individually were not at all strong, yet the sheer number of them, and the diversity that existed within them, would by no means be a simple challenge. Yet for some reason, I grew restless. What’s this uneasy feeling I’m getting?

On the far end of the ruined battlefield, Alpha prepared his next rune. I could’ve sworn I caught a glimpse of him smirking.

As he activated his rune, the letters within the rune extended to his body and the ground. In just a brief moment, something rather odd happened to all the undeads. They were no longer only focused on Alpha, but rather started to disperse. No, specifically, they started to attack everyone indiscriminately.

Why’re they aiming for us too? That wasn’t supposed to happen-

I turned my head around to confirm my suspicions. Pharys, who had been levitating, was now embedded with rune markings.

“Lyon! That bastard’s messing with Pharys!”

Lyon was visibly frustrated as well, but I couldn’t blame her. After all, I was reaching my limit as well. Nothing we did seemed to work on him.

“Aur! We’re doing it! It’s the only way!” Lyon reached out to me, her words filled with a relenting tone.

I wasn’t necessarily ready for it. The spell would permanently damage the both of us. But did I really have a choice?

As Lyon started preparing her spell, I flew closed the distance towards Alpha. He used a few runes to shoot various things towards me, but I either avoided or burned them all. There was nothing standing between me and him. Once I was close enough, Lyon cast her spell.

A beam of energy left Lyon’s grimoire and charged towards me. At the same time, Alpha took a few seconds to activate his rune, one which I was most familiar with. The limit break rune.

You bastard, you're not the only one with a card hidden up your sleeve.

At last, the beam of energy hit me. In just a second, my head felt as if it were about to burst into pieces. Pain, stress, strain, and everything in between, all flushed over my body.

Then it all stopped. And with that, bliss came. I felt that I could feel everything. Clearer than before. Do the things I couldn't before.

Huh. This humanoid form is… not bad. The first thing I noticed was that my size had diminished significantly, yet I was brimming with more power than before. Although it was a completely new body, I still felt as if I had owned it for all my life. If anything, it's a lot more suitable for combat than my previous body.

Despite my newfound confidence, I did not let my guard down for a single second. It was all because of the man who was now surrounded by a purple mystic aura. Just as I had strengthened myself, so did he.

“Aurolus. You saw how they sacrificed her. I can’t just stay idle like this.” Alpha tried to reason with me one last time, but he should know that it would be fruitless. After all, I had abstained from casting my vote that day.

“But this isn’t how we do things! Magnus will definitely find a way!”

He just stood silently across from me, beckoning me to come over with his finger. His taunting was his way of saying “You first”. And so I took the pleasure.

“I've always wanted to know which one of us was stronger anyways.” With that remark, I leaped towards him, my newfound powers allowing me to cover a large distance. He responded by moving slightly to the left, dodging my trajectory of attack just by an inch. With the distance between us gone, we began exchanging blows, none of which connected. Nonetheless, I could feel the very small advantage in speed that he possessed.

Right hook. Dodge left. Knee incoming. Straight punch. Followed by another right hook. Parry twice. My reptilian iris gave me an advantage in reading his movements, but my body wasn't fast enough to counter all of them.

A whole minute had passed, and yet the duel had felt like an eternity. His left is open. Feint right, then strike his left side.

Following my instincts, I went for the strike, and the first hit finally connected on Alpha. The blow he received launched him all the way to the base of a distant cliff. In spite of the effect, I could predict that he was practically unharmed.

And I was completely right.

In just a mere fraction of a second, he dashed through all the vacant space between us. I managed to parry it in time, but this time, it was different. It was significantly heavier this time around. Pushed back by the difference in power, my feet dragged the barren wasteland, the result of all of our prolonged fight.

Before the dust could settle, Alpha leapt straight towards me. This time, however, he ignored any aspect of defense, and focused all of his firepower on offense. We traded blows, but each blow he dealt damaged me more than I did to him, by a large margin.

A certain thought lingered in my mind. If this keeps up, I’m definitely going to die.

A heavy blow connected on me, launching me all the way back even after using all my might to stop myself from flying across the entire battlefield. After coming to a halt, I took advantage of the quick pause in battle to check on the others. Lyon was busy keeping out the undeads summoned by Pharys, while Magnus was still nowhere to be seen. That was when I noticed Alpha targeting Lyon.

Damn it. Can’t even catch a break. I dashed straight into battle once again.

“Aur, you shitty little pest. I'll actually kill you this time!” Noticing that I was charging into him, Alpha accepted my ‘request’ for battle and went back to trading blows with me. I did not expect, however, that he had the strength to go even stronger, even faster, even deadlier.

Each blow he dealt was fatal enough to injure me for a lifetime. But I knew that, and I decided to ignore the consequences—for now, at least.

Finally, after my movements had slowed down significantly, he dealt the final blow, a straight punch through the stomach. I was launched miles away, with no strength left to hold myself up once again. Bloodbreak symphony had ended, and the recoil was a lot more severe than I thought.

I laid down on the ground, dust surrounding me everywhere. All I could feel was agonizing pain from every single inch of my body. This recoil was why we had never used the spell in conjunction before, and in addition to all the injuries I had suffered from the battle, it was clear that I was done.

Shit. I'd need my entire life's worth of luck to survive this. But it doesn't matter. Job's done anyways.

The goal of my battle was never victory. It was to simply buy enough time. As my consciousness faded, I could hear a faint, distant war cry.

“Celestia! I call upon thee!”

You better fucking win, Magnus. You're the only hope we got. 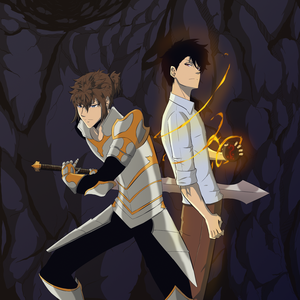 Finally, I could publish my work after months of planning! Here's to hoping that you enjoy this world! 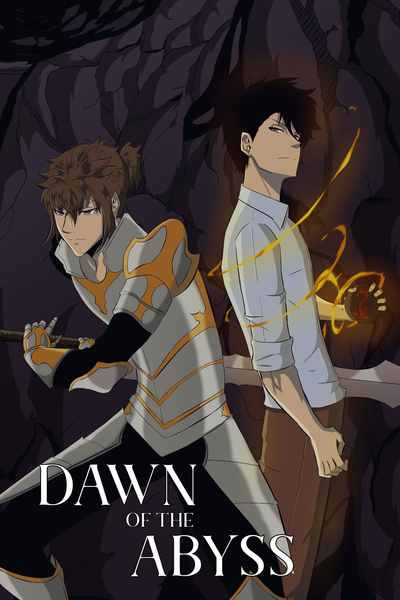 Dawn of the Abyss

Roughly 2000 years have passed uneventfully after the Seven Sentinels sealed off the abyss gates and the monsters that resided within. In a world of magic and monsters, Eden discovers his newfound powers when he crosses paths with Alex, a sharp and ambitious prince.

Alex, who yearns for his father’s approval, teams up with Eden, who seeks to learn how to wield his dangerous abilities. The two have different goals, yet their paths intertwine as they face the dangers that loom within, threatening the days of peace and tranquility.

*Contains strong languages. Suitable for ages 12 and up.*
Subscribe 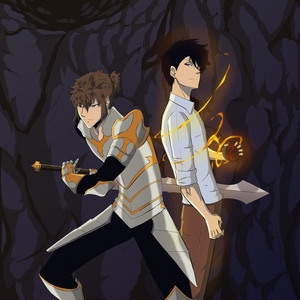