"Ah, its time to get it over with" I notioned; leisurely straightened up and began strolling over to the miniature petite woman who was stood in the doorway.

I gently patted her shoulder to get their attention. she shifted her weight and pivoted to face me. The woman gawked at me almost expecting me to talk but I stayed silent. She glared at me before thrusting past me shoving me sideways and marching onto the road.

Without knowing she collapsed as the vehicle drove over her leaving her in the dust. People gathered around looking fixedly trying to take in what just happened. She arose to get a look at what everyone is staring at. I stalked up beside her, "move, what is everyone staring at" she demanded." no one can hear you" I articulate. she just turns and ignores me. "NO ONE CAN HEAR YOU" I vociferate. The lady jumps and asks why " cause you're dead" I blatantly spat while rolling my eyes. "but I can't be dead, I have loads of things to do today and plus I went to work for no reason" she overreacted "should've died in the morning" she breathed. Me being the person

who has been waiting for her to die for like 3 days now got fed up and swooshed past her muttered "you're going to hell" being annoyed saying it loud enough for her to hear, after a second she disintegrated into ash.

After leaving the death of the young, rude, petite woman's crime scene I started to head home. After 10 minutes of walking to my house, I got an incoming phone call from Mr.Boss. I hastily answered and slowly brought my hand up to my pale ears.

"really, really? did you really have to be so rude to that lady" he cried 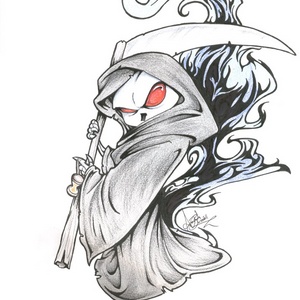 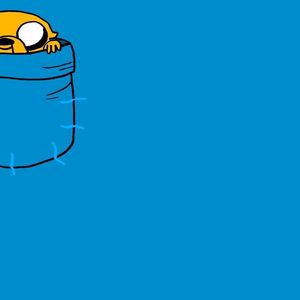 where a death bringer become a life saver
Subscribe 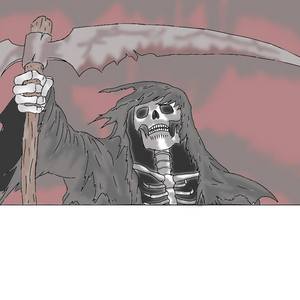