Trying to escape, terrified, she backed away as the shadow in front of her advanced. She could feel the killer instinct it emanated, but still she couldn't scream for help. Fear crushed her vocal cords. Her right elbow ended up slamming hard against the placard behind her, giving her an unpleasant sensation.

It was as if an electric current ran up and down her arm.

At that moment, another shadow entered her room, but unlike the first one, this one emitted a small purple light that allowed her to see what was stalking her.

Beings physically identical to humans, but with the ability to control a force called "dark energy". This allows them to have powers beyond comprehension. Precognition, telekinesis, time jumping, etc. Everything seems possible for them. That is why until the advent of the modern age they were called sorcerers, wizards or witches and were usually persecuted as they were linked to the evils of the world.

In the late 1980s, the psychis found in Melbourne a city that opened their arms and punished the violence against them. Around four million of them, which was about half of the total population, ended up there.

As technology advanced, scientists emerged in the city, curious to dismantle all the secrets surrounding those who are able to manipulate dark energy. Such is the case of Isaac Williams, a member of the D.C.E.O. (Department of Dark Energy Containment). His wife, Mai, and daughter, Emily, are psychis. This motivated him to find out all about them to see if he could bring them closer to the rest of the humans.

Isaac made great advances and made a name for himself in the community with hypotheses such as the one that explains that psychis generate their powers and abilities unconsciously.

Everything seemed to be going well for the Williams family. While the father, Isaac, was being recognized and rewarded for his scientific achievements, the mother, Mai, was opening her own restaurant in Chinatown. Emily, like many teenagers, was searching for meaning in her life. Just turned 16, she was in the tenth year of her studies, the last of the obligatory years. Her grades were very good, her teachers appreciated her and she was very close to her class delegate, who, at the time, could be considered her only friend.

One evening in June 2010, Emily arrived home after going to the cinema.

Her parents were still at work, so she lay down on the living room couch and started scribbling words, trying to imitate some of those poems she read from books in her mother's old library. She used to do it when she was alone, because she considered herself very bad at writing.

The first to arrive was her mother. They watched television until 11 pm. Mai was worried about Isaac; he never came home that late. That concern increased when he arrived after midnight, pale and nervous.  She asked him if something was wrong, but he evaded the question and told her that this week he will be very busy with a new investigation he started a few days ago. Immediately after saying that, he locked himself in his office on the top floor of the house.

The days went by and the Isaac's condition worsened. Dark circles under his eyes, a haggard face and, a sense that he was aging at an alarming rate. Emily tried to go about her life even as she fretted. She didn't want to meddle in her parents' affairs.

Mai kept trying to talk to Isaac, but he would only pretend to listen to her and then head back to his office late into the night.

It is a typical middle-class family home. American style, two–storey, in a quiet residential neighborhood, it has a large living room and a fully equipped kitchen.

Isaac's office is on the first floor, at the end of the hall, in the middle is the master bedroom, the bathroom and on the other side is Emily's room. Isaac made sure to provide the necessary comfort for his wife and daughter so that everyone can be happy in that house. Everyone thought he was a great father. This is why it was so painful for Emily and Mai to see him suffer so much, but he would not open up to their help or their words.

Something serious was going on.

More than a week passed. Winter had started a few days ago, so you could feel the icy wind hitting the windows. Emily and Mai went to bed earlier than usual because, being big, the living room was very cold.

Emily wasn't very sleepy that night, so she went downstairs to find a book to read. Just then, Isaac came through the front door of the house. She couldn't see her father's face in detail; he had completely ignored her presence and headed for his office. She overlooked her father's newly habitual behavior and went back to her room, where she read for a few hours.

Emily was about to fall asleep, a few pages short of finishing the book. Suddenly... A blackout. She marked the page where it left off and left the book on the bedside table next to her bed. She could hear the swirls of wind hitting her window. Likewise, she pulled the blanket over her eyes to keep from getting cold. After she did so, she heard the bedroom door open, followed by a moaning sound like a hungry beast.  A shadow in the shape of a man entered the room. Emily saw that the shadow was holding a glowing object. As it drew closer, she realized that what it was holding was a large knife.

The shadow moved erratically as if it were a zombie in a high state of decay. When it lunged at Emily, she rolled off the bed with her blanket and fell off the bed, picked up the book on her bedside table and threw it at the shadow. This gave her enough time to get up and try to run away, but the door was on the shadow's side. The room was small. Behind it were only a large wardrobe and a window, which, on the other side, was ten feet to the floor.

"I'm a psychi who still has no powers, and can't fly, this is so wrong," she thought. She stepped back as whatever was in front of her moved forward. She could feel the shadows' hitching breath that gave a sensation that could only be described as bloodlust escaping from its mouth. Emily turned around to open the window and try to jump out, but in the dark she slammed her right elbow against the placard, giving her a jolt similar to an electric shock. A strong impression was etched in her mind.

As Emily held her elbow with her left hand, she could see from the entrance of the room another shadow, though this one emitted a small purple light. That was enough to illuminate the entire room. Emily was able to make out that the shadow at the entrance of the room was her mother using her powers and that the shadow attacking her with a knife was her father, Isaac.

This happened in a second: Isaac lunged at Emily with the intention of killing her. She instinctively closed her eyes. A beam of purple light appeared around the man's body. Emily heard only a loud noise, the sound of something heavy falling to the ground. When she opened her eyes, she noticed that her arms were covered in blood, though in reality she was completely covered.

On the floor was Isaac. He had been cut in two and some organs could be seen protruding from his chest. Emily didn't scream, she didn't move; she just stared at the scene with eyes devoid of any color. In her head, the only thing that was clear was one question: "Why? Mai hugged her as she cried.

Several months passed. Mai and Emily were about to move to another suburb. The woman had been acquitted in the case of Isaac's death, and the girl was having a hard time going back to school. Her mother thought that after the move, attending a new school would be a breath of fresh air for her. Emily regretted losing everything she had built up in Melbourne up to that point. The respect and appreciation of the teachers, her grades and her only friend. But after everything that had happened, she could only stay with her mother.

Even though some time had passed, both Emily and her mother wondered why a man loved and respected by all, a good father until then would try to do such a horrible thing. There was no hatred or resentment in them; they knew something had happened to him. Something that produced a 180–degree change in him, but it was too late to ask. Mai regretted that she hadn't insisted he talk about what happened to him that she had just yelled at him.

They had already packed everything except the stuff from Isaac's office. It was really painful for them to go in there, but they couldn't leave those files there. Mai went to get all the stuff from the office and Emily stayed in the living room waiting for her. One, two, three hours passed and her mother hadn't returned. Emily peeked down the stairs and saw light coming from inside. She slowly made her way down the hallway, but she didn't hear her mother cleaning and putting things away, instead, there was a faint sobbing sound. Worried about her mother, she hurried into the room. There lay Mai on the floor, trembling in a fetal position. Tears streamed down her face. Next to her, under Isaac's desk, was a hardcover notebook. Despite being curious about the contents of the notebook, Emily helped her mother. She took her to her room and made her lie down on her bed. She seemed delirious with fever, but her body temperature was not high. She noticed a small light fluctuating all over her mother's body. Emily hesitated to call an ambulance, so after giving her some medicine, thinking that what she had been just a fever from working so hard, she sat down to wait for some sign of improvement. After a while she decided to pick up the notebook that was lying on the floor to distract her, thinking that maybe she had written down something of importance to her and her mother, so she began to read the last pages. 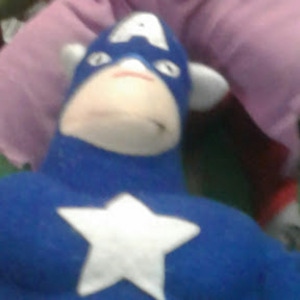 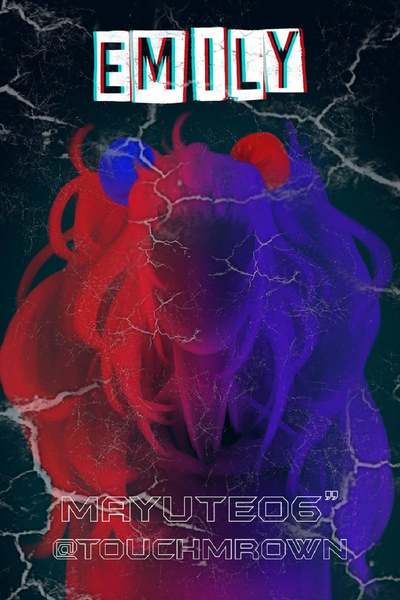 That girl, despite possessing powers, lived normally. That girl, although everyone could come to see her with contempt, did not care, since she was loved by her family. Obviously, this couldn't last forever. A traumatic event and a painful truth will change Emily and force her to follow a thorny path.

Emily goes through her first traumatic experiences that lead her to see all the power she has within, but now, her challenge is to learn to handle it.
Subscribe 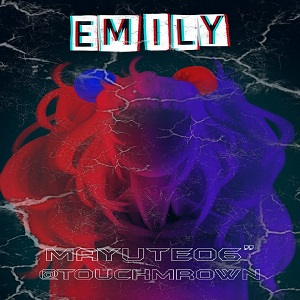